Who are Pininfarina? We took a backstage pass to Italian automotive designer to find out where it all began.

style="text-align: left;">“The interrelation between the body of a beautiful woman and that of a Farina-designed car is that both have simplicity and harmony of line, so that when they are old, one can still see how beautiful they were when they were young.”

pininfarina. You may have seen that lowercase cursive dancing across the flanks of a beautiful car. Look closer for the fancy ‘f’, framed with a rectangle, crowned with a crest. The Italian design house is best known for its association with Ferrari but has also designed iconic cars for Fiat, Alfa Romeo, Maserati and more.

Even if you don’t recognise the name, you probably know the signature lines. Remember Magnum PI’s thumping red Ferrari 308 GTS Quattrovalvole? Pininfarina. The perfect curvature on both ends of the 1966 Alfa Duetta in The Graduate? Pininfarina. That square-ended rampaging 1984 Ferrari Testarossa with the long raked air vents featured in Miami Vice or 1987’s F40 with the square spoiler that featured on every teenage boy’s bedroom wall? Pininfarina. The elegant flanks and classic long hood of the Maserati GranTurismo in Iron Man 2? Pininfarina.

During WWI, Farina supervised the building of Aviatic trainer planes in Italy, and in 1920 he travelled to America to learn more about the design and construction of cars. Although invited by Henry Ford to stay in the USA and work, Battista returned to Italy and set up shop designing and building beautiful car bodies in small production runs. He worked on the first Alfa Romeo cars as well as Fiats, Renaults and some American cars before WWII.

Immediately following the war, 1946 was his landmark year: Pininfarina created the body for the coupe Cisitalia 202GT, often referred to as the ‘rolling sculpture’. Based on the aerodynamics of race cars, this design revolutionized sports cars with its smooth rounded lines and one-piece construction. In 1951 MOMA acquired the car and Farina met with Enzo Ferrari to seal what became an iconic working relationship. As the founder of the Ferrari collector newsletter put it: “Ferrari would not be Ferrari without Pininfarina. Ferrari built the machines, and basically Pininfarina clothed them.”

Farina’s son, Sergio Pininfarina, continued his father’s vision with a series of beautiful and innovative designs, including the renowned Ferrari Dino. The Dino was launched in 1968 to compete with the Porsche 911, and its bug-eyed headlights, pronounced swooping front fenders and tapered rear are universally loved. Sergio also suggested the mid-engine layout, with the engine behind the driver but forward of the rear wheels. This positioning made the engine into a design feature and became a signature for Ferrari. The Dino’s successful marrying of engineering and design propelled Ferrari into the mass market and sealed the reputation of Pininfarina as the go-to for elegant, timeless design. Many current car designers cite the Dino as a car they wish they had designed.

Pininfarina also produced the signature styles of Peugeot and Alfa Romeo in the 60s and beyond. Sergio led the company until 2001, when his sons took over. Sergio was renowned for his refined aesthetic – asked what makes good design, he responded: “Good harmony, classic style, proportion, grace and honesty. Then, if you have good taste, the battle is won.”

The company is now run by Battista’s grandson, Paolo Pininfarina, who has diversified its work into industrial and interior design. He asserts that Pininfarina design is still based on the “three essential requirements” of elegance, purity and innovation. 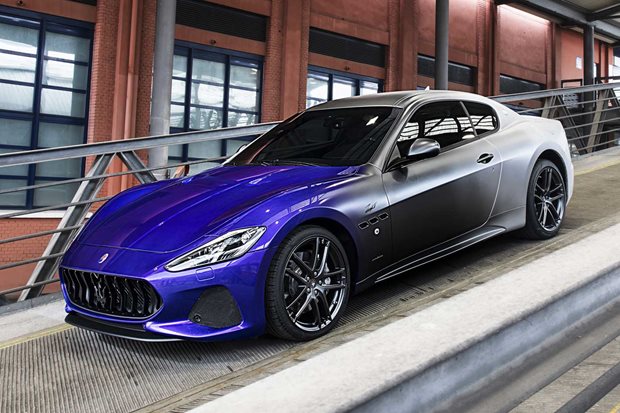