The Mercedes-Benz X-Class unveiled in concept form this week and due here in early 2018 is billed as the world’s first luxury ute.

Yet if it’s not exactly a false claim, a number of premium brands have made attempts at utility vehicles – for different reasons and with varying success.

Here’s WhichCar’s guide to the most notable efforts.

The X-Class will have a historical link when the Latin American market’s version rolls off the assembly line at Renault’s Cordoba plant in Argentina late next year. The South American country witnessed brief production of a utility based on the 1970s-era 220D sedan. Nicknamed ‘La Pickup’, it featured a four-cylinder diesel engine. Mercedes has a long commercial vehicle history, and in the 1940s – around World War II – the company’s first attempt at a tray-bed model was a modified version of its 170 V sedan. There have also been ute versions of the military-inspired G-Class that made its debut in 1979. Mercedes-Benz is weighing up bringing the G-Professional ute range, as the civvie version of the military-hardened Mercedes-Benz G-Class is known, to Australia 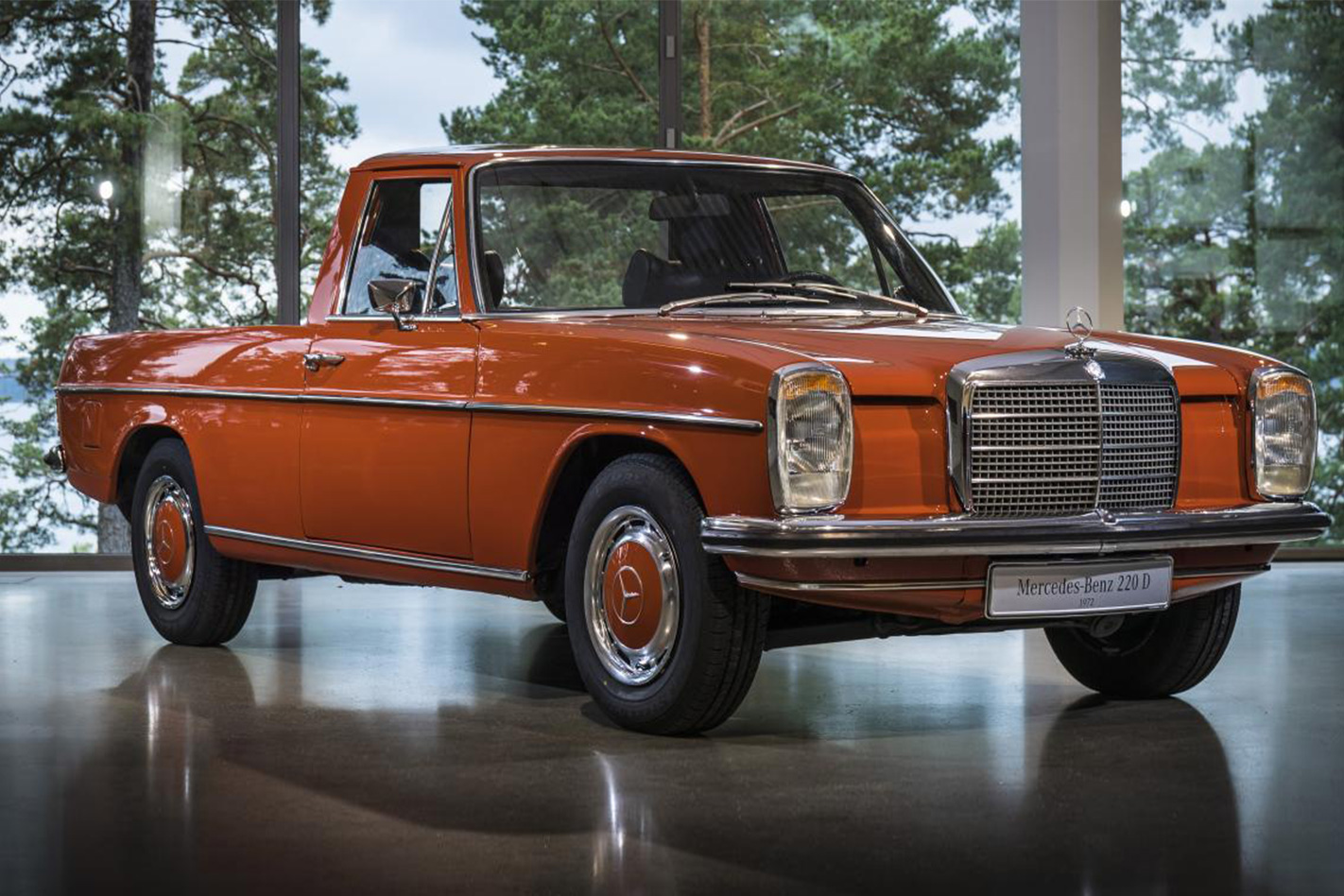 The success of BMW’s M division is founded on the M3, which dominated European motorsport in its original, E30 guise and established itself as one of the most highly regarded high-performance models. A ute version would seem a bizarre spin-off if it weren’t for the fact only one was built in 1986 and never licensed for the road. Instead, the customised M3 that was based on a BMW 3 Series Convertible – due to its inherent additional body strengthening – was used to ferry spare parts around the company’s Garching facility on the outskirts of Munich. Amazingly, it wasn’t retired until 2012 – the year after BMW tricked many of the world’s media outlets with an April Fool’s joke featuring a newer M3 ute based on the then-current, V8-powered E92 version. To be fair, BMW did go to the trouble of shooting ‘official’ spy images of the M3 Ute racing around the Nurburgring. 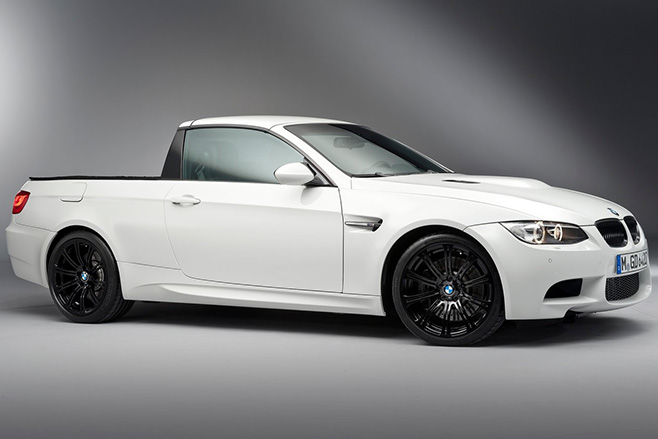 As Ford invented the ute, it’s only fitting its Lincoln luxury brand had a crack at one for a US market obsessed with pick-ups. The Blackwood was essentially a mash-up of a Lincoln Navigator SUV and Ford F150 Supercrew pick-up. It sat on lowered, modified suspension to improve on-road driving manners, and its 1.4-metre-long, 765-litre tray was lined with thick carpet and covered by a power-operated tonneau. Fake wood trim and lack of all-wheel drive were deemed oversights, though, and the Blackwood was a commercial failure – lasting a little over a year to its December 2002 demise. 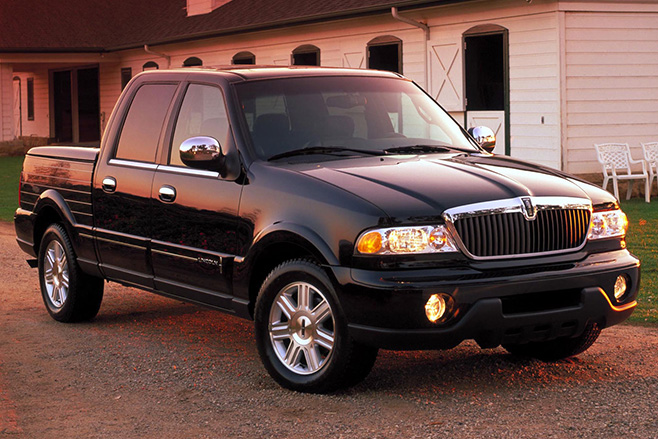 The fortunes of the aforementioned Blackwood weren’t enough to stop General Motors trying to succeed where Ford had failed. An EXT variant of Cadillac’s Escalade appeared in 2002, swapping the SUV version’s third-row seat for a lined and enclosable tray section with central tailgate. Luxury features included leather seats, satellite navigation and parking sensors. Performance was delivered to all four wheels via a 6.2-litre V8 and six-speed auto. The EXT lasted 10 years, and Cadillac hasn’t ruled out revisiting the body style. 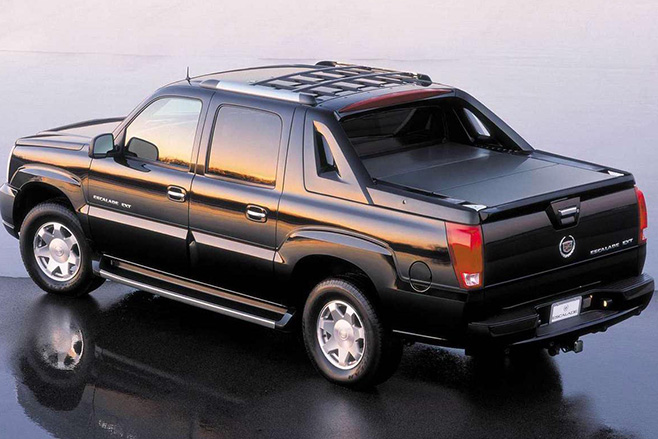 The Italian brand is synonymous with iconic V12-powered supercars such as the Miura, Countach and Diablo. Yet in 1986, a mean-looking, four-wheel-drive model called the Lamborghini LM002 emerged from a failed military vehicle project called Cheetah (losing out to the Humvee). The civilian version, though, became particularly popular as a desert-basher in the Middle East. The fibreglass-bodied LM002 featured special Pirelli Scorpion tyres suitable for all terrain, and could scale 120 per cent gradients. Although often described as one of the world’s first genuine sports utility vehicles, the utility part was apt for the compact rear tray accessed by a tonneau. It even featured small side seats, with the tailgate and its mounted spare wheel providing a convenient ‘step’ when lowered. The 5.2-litre V12 borrowed from the Countach but mounted up front allowed for a top speed of 210km/h, while the LM002 could reach 100km/h from standstill in 7.8 seconds. A spiritual SUV successor called the Urus will be released in 2018, though there will be no ute element. 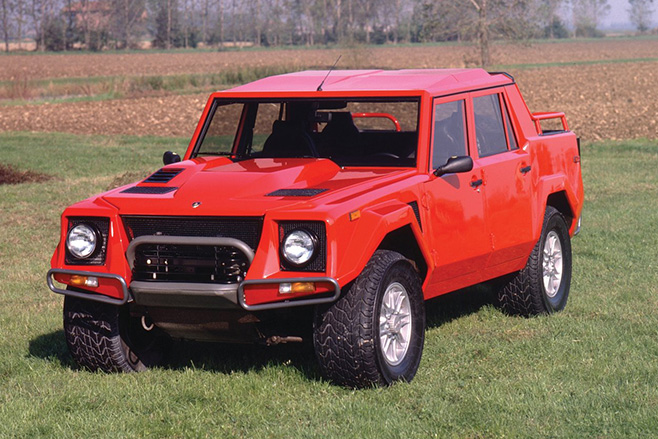 The British 4WD brand used two concepts a few years ago to provide visual ideas of how a future replacement for the long-running Land Rover Defender off-road vehicle might look. A convertible version called the DC100 Sport also featured a removable rear top section behind the two-seater cockpit. Underneath was a small cargo area, which could be accessed easily via an equally compact tailgate. The Sport was powered by a 2.0-litre four-cylinder diesel engine. Defender fan clubs were generally unimpressed with the concepts, though Land Rover insisted they were purely design studies. 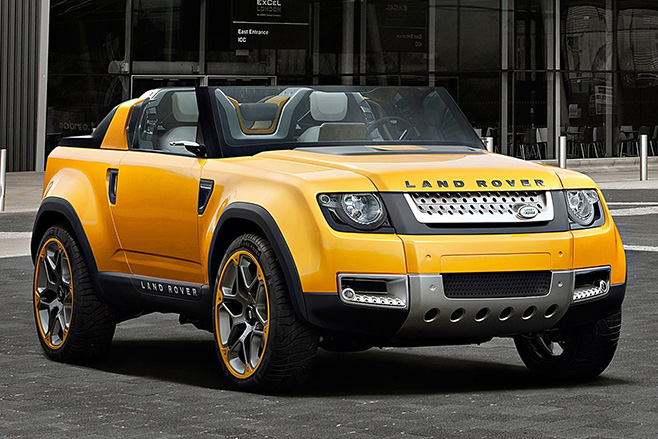