The LA show is a microcosm of the ephemeral, design-oriented, pop-culture-centered nature of Los Angeles, and also a hub for car and product designers. Here are five of the stand our cars and concepts. 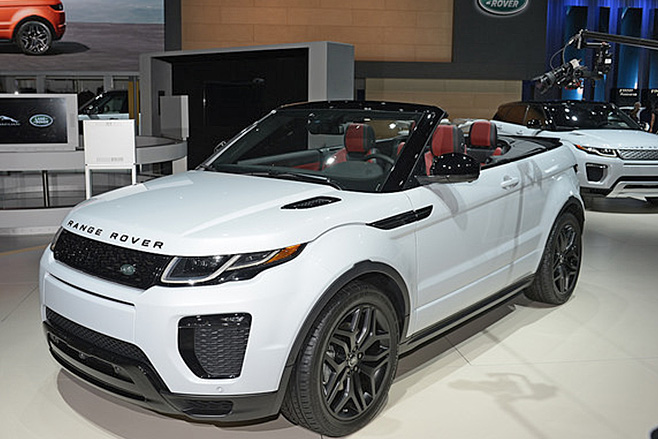 The Evoque Convertible may ludicrous but there’s no denying that once you’re inside the Evoque it’s a fun drive, and I think that hunkered form looks better without a roof.  The launch video of the Evoque smashing through the snow with the top down is wildly impractical but also kind of fun. It’s roomy, luxurious and purposeful – if carving through the snow topless is your thing. 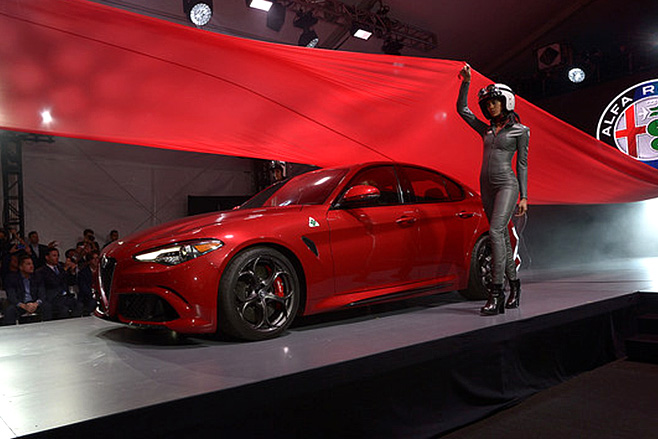 This was really the year for Italian manufacturers. Alfa had an amazing high-fashion reveal and celebrated the brand’s heritage with a show of magnificent rare vehicles. The Giulia is pretty but saucy with a big booty and quad exhaust. The front of the car has an interesting Roman hook at certain angles, the body is nicely detailed and obviously Alfa leather is always a win. The Giulia Quadrifoglio is also really fast. 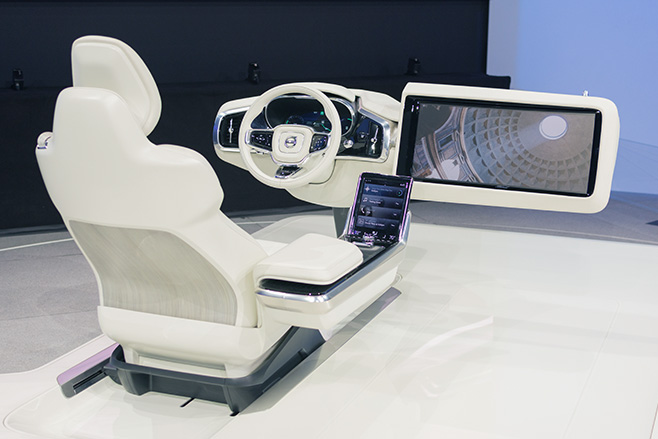 It’s not a car, but it is the future of car travel. Tisha Johnson and her team explore a cockpit that makes driving redundant. According to Johnson, the Volvo customer in China uses a professional driver and travels in the rear seat, so the space and comfort traditionally found in the front seats must transfer to the second row. Concept 26 seats have an airline-style recline and the “dash” rotates to become a usable screen, so the operator gets an about 26 minutes of useful time while in the car. 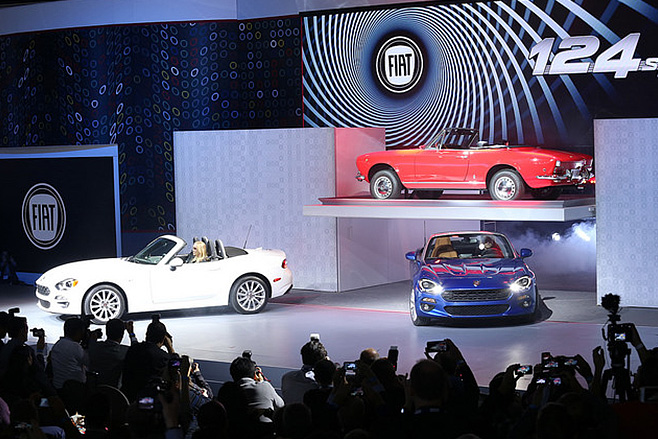 The original 1960s convertible was a beautiful thing so all eyes were on this modern revival. I like the European squareness of the 2017 124. It’s a completely different beast to its natural competitor (and an all-time fave of mine) the 2016 Mazda MX-5. They are both two-seaters but the MX-5 is honed and refined down to the bare essentials while the Fiat is, well, Italian. You know that whole Italian thing about style and performance over everything else? The Fiat is 96kg heavier than the 1.5 litre MX-5 and features extensive leather, mats and all the accouterments that Mazda engineers despise. That said, they are both built for agile driving.

What’s not to love about a jacked up, painted out, studded wheel off-roader with a glitter snorkel? Kia has taken the Sorento to eleven, popping it on a 6-inch lift kit and sorting its stance and its performance with rock tires, custom bumpers and steel skid plates. Worst detail? The disco LED spotlights. Best detail? The green tread pattern on the seats. 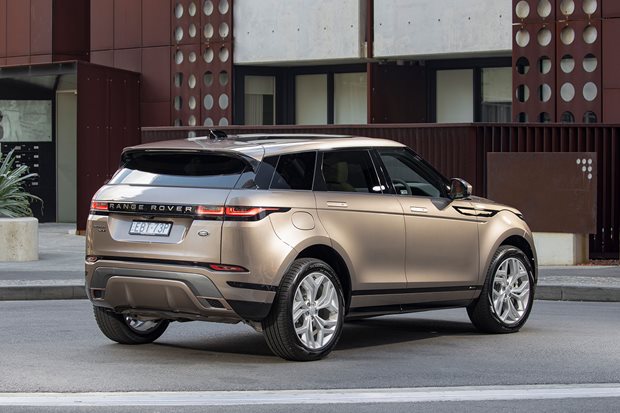 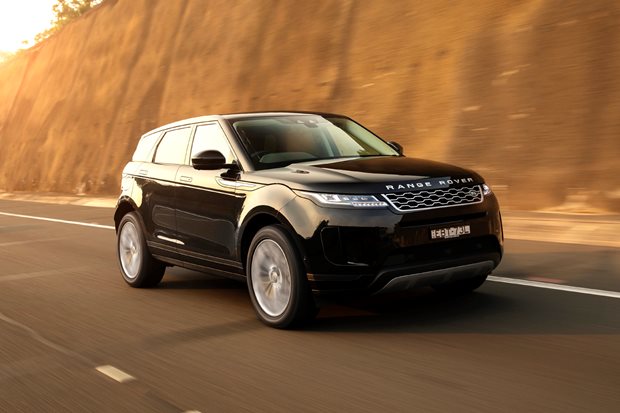