Value of the seven-seater

The family that plays together stays together, right? So when the family gets to critical mass, it’s time to make a call on the car. Do you scale up to a third row, or get a second car?

Though an entirely practical question, for many drivers it’s an emotional challenge. Do you become essentially a bus driver and sacrifice the pleasure of sporty driving, or divide and conquer, split the load and have a battle every time over who drives with whom? 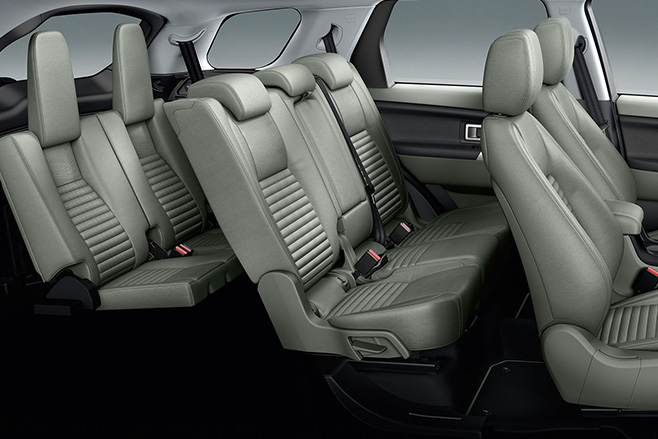 Once upon a time, accommodating more than four passengers meant transitioning from car to van, the improved headroom and seating offset by boat-like handling and a ferocious appetite for fuel. But today’s mass transit options are vastly improved, from classic minivans to sleek people movers and sporty yet fuel-economical SUVs – even some super-sporty SUVs you might think only offer five seats, for there’s a stealth movement to offer an extra row in conventional two-row models, making the perfect car for someone like my sister, a ‘weekend mum’ who gets three extra kids for two days a week.

Who knew, for instance, that the BMW X5 could squeeze two more seats in on demand? You don’t read that in the reviews, it’s not in the press car, but hidden in the multitude of options is that elusive but useful third row.

Third-row vehicles fall into three basic categories – the dedicated six to eight-passenger people mover is a minivan with more or less equal second and third row seating, decent headroom for all passengers and a driving position that’s pretty much bus. For families of three or more school-aged kids, this works as a home away from home and functions as the MPV (multi-purpose vehicle) for big families. The VW Caravelle is the classic minibus while the Honda Odyssey, Citroen Picasso and PriusV all deliver seven seats with a sportier edge and slightly compromised third row. These vehicles are more about the fit of people than luggage, so those larger third rows mean there’s not much room for bags when the car is fully loaded.

If you’re a weekend parent or regularly transport your kids and their friends, a third row that folds flat into decent storage will probably suit you best. True, with all three rows in use the luggage area is tiny, but flexible seat folding can deliver options including a legs-out third row seat for the growing teen, room for long skis, even a back area that two can sleep in. Cars such as the Ford Territory, AudiQ7, Holden Captiva7, Nissan Pathfinder, Volvo XC90 and Mitsubishi Outlander deliver a hunkered, streamlined shape, a sporty drive plus the flexibility to carry seven people when you have to and a variety of dog/human/luggage/sports gear when you don’t. If you have a family or are constantly hosting friends, if you enjoy a responsive drive with all the mod cons and you only want one car, a fold-down seven-seater SUV could well be the answer. 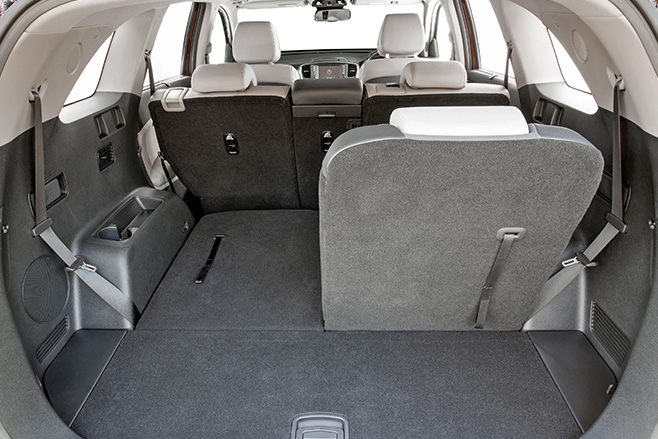 The last category of third-row vehicles is the stealth car. The X5 that manages to cram a third row into its rapidly diminishing rear headspace; the Hyundai Sante Fe and Kia Sorento give their passengers slightly more room. Slightly. But it’s still more convenient to have the extra seats than trying to track down a second driver.

People movers used to cop flack as the unsexy workhorses of the car world, but that’s changed. The middle seat in most cars except the Tesla is now almost intolerable for an adult in both width and general hardness, which means a classic five-seater only really fits four adults. Meanwhile, the traditional vans have grown sleeker and sportier, and SUVs have evolved to deliver more flexible seating arrangements. The result is an all-rounder that flips and folds to suit the ebb and flow of today’s family arrangements and the baggage they bring.