After the wilful, sometimes spiteful little gadget that was the BMW 1M Coupe, I have to admit to wondering what the German maker could pull out to tame the beast.

After all, here was an enticing concept combining raw power with rear-wheel-drive and sophistication all wrapped up in a tight little ball of muscle.

Except the 1M blew. Okay, not blew, but it did exhibit a fairly nasty side when pushed at somewhere like a race circuit.

Of course, experience with the 235i Bimmer, which follows the new naming system of taking an even-number model designation because it’s a two-door and not a sedan, suggests that BMW had, indeed, sought to inject some sneeze-factor into the basic concept.

The result is, of course, that the 235i is a much nicer car than the 1M but what would happen when we unleashed it on a track? And, in the context of BFYB, could it overcome that almost-$80K price-tag?

Like all good BMWs, the guts of things is that straight-six engine. It measures three litres but with clever turbo-tech punches out 240kW of power and a substantial 450Nm of torque.

That it does so with eerie smoothness and a raspy little growl (a hard combo to manage) is just icing on the PULP cake. Thing is, of course, that even though it’s compact in a new-world-order way, it’s not actually a lightweight and with 1470kg to shunt around, that could play against it.

At the drag-strip, that didn’t really seem to show up and the 0-100km/h time of five seconds flat placed the Bimmer third outright just a single hundredth and eight-hundredths respectively behind the Audi S3 and the Golf R, both of which use all-wheel-drive grapple to get out of the hole in the first instance.

This superior launch was brought to light 400m later when the BMW had run both VAG cars down to record a standing quarter-mile of 13.1 seconds at 177.7km/h, the fastest 400m of the lot. So, yes, the 235i has some serious top-end rush.

Somewhere in between the sprints is the car’s 80-120km/h time which, with a 2.9 second result, puts the car in second place outright, shaded only by the sheer litres of the Chrysler 300C Core.

The eight-speed auto helps no end in this endeavour and although a clutch pedal would be nice for us old blokes, the conventional auto with paddles does a mighty fine job in this age of robot-clutched manual trannies.

But what, I hear you asking, about the lap-time? Indeed. That bogey of the old 1M. Well, the extra wheelbase of the new 2-Series has pretty much addressed the bad habits of the old car and with Brendo at the helm, the 235i blasted around Winton in a 1.42:7, second fastest of the category.

But that bit about having somebody like B. Reeves in the dad seat is important, because the 235i is not the easiest car from which to extract the absolute best. No, it’s no 1M – as we established right off – but it doesn’t really encourage you to try for that last tenth, mainly because it’s all a tiny bit hairy when you get there.

It can feel a bit light through the wheel and, at the risk of sounding like a sook, it felt to me as if what I thought initially was balance was actually that it felt a bit loose at both ends simultaneously.

It’s still happy to change lines and do all that race-car stuff, but as I got closer to the limit, I also had the feeling that I was challenging it rather than we were working as a team.

But hey, BFYB aint about reservations of that sort, it’s about hard numbers and when you crunch 'em, the 235i wound up third. I’ll shut up now. 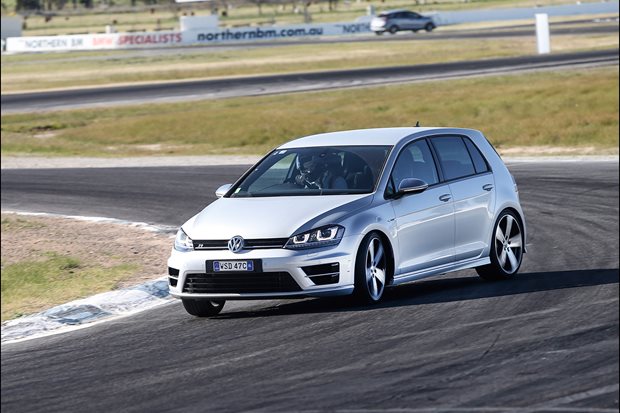 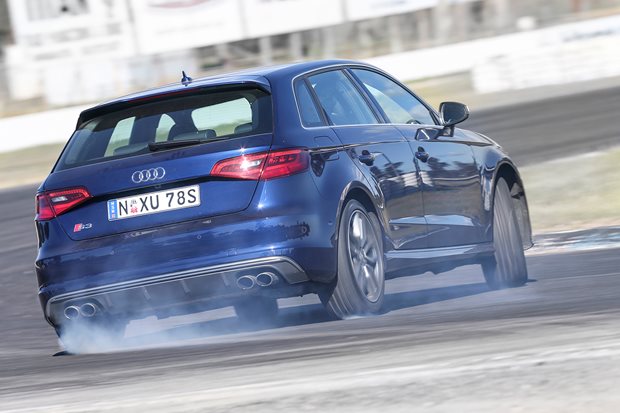 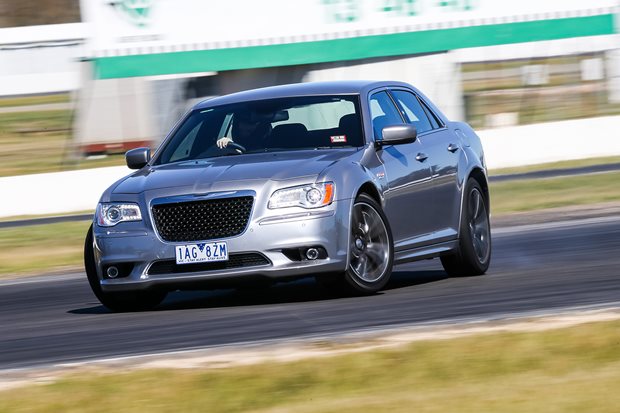