STEPPING into the BMW M2 and heading out onto the Winton hotmix is like strapping on Tony Stark’s Iron Man suit. Suddenly you’re able to do things you weren’t able to do when you were your regular self, like take corners at what seem like ludicrous speeds.

In any other Bang participant, the result would be messy as you disappeared backwards off the track, but the M2’s swollen arches house Michelin Pilot Super Sport rubber measuring 245/35 front and 265/35 rear and the resultant grip levels are eye-poppingly strong. Its minimum speed through the Turn Five sweeper was an immense 118.27km/h, almost three km/h higher than the next best – that’s a lot.

When you’re at a track that’s constantly twisting and turning like Winton, carrying big speed through the corners is going to result in a pretty sharp lap time and the M2 belted all comers with a stunning 1:34.8 – 1.9sec clear of the second-ranked A45. 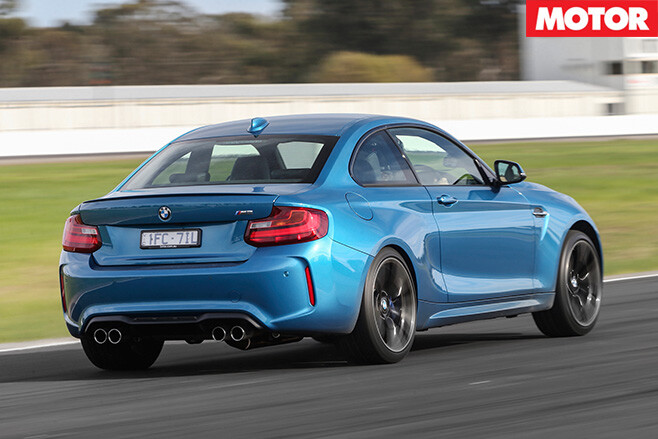 Of course, it wasn’t all corner speed, as the 272kW/465Nm 3.0-litre turbo six under the bonnet is a pretty handy gadget. The latest M-cars aren’t the easiest to performance test, particularly in manual guise, but some soft-shoe shuffling from Morley had the M2 more or less matching its claims with 4.55sec to 100km/h and a 12.82sec quarter at 175.82km/h.

Despite the nomenclature change, the new M2 is essentially the successor to the limited-edition 1M, a car that wasn’t popular around these parts (though I loved it). The M2 is definitely a little easier to tame, though still requires a decent level of respect. The combination of turbo torque, sticky tyres and a short wheelbase requires sharp reflexes and quick corrections when you do overstep the limit. 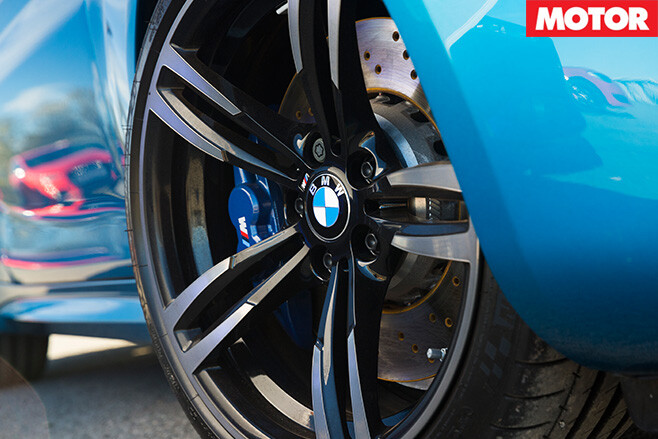 The challenge didn’t put any of the judges off, however, the M2 topping four of the five lists and sitting second on the other. About our only grumble regards the brakes, which were doing plenty of grumbling themselves by day’s end. When the likes of the A45, Redline and Mustang can stand a full day’s track abuse, any car wearing an M badge should be able to do likewise.

So, it’s fast and the judges loved it, but sadly, while $89,900 might make the M2 Pure a bargain in a wider context, it’s very pricey as BFYB competitors go. That it managed to get within a hair’s breadth of the podium shows just how potent it really is. Roll on PCOTY 2017. 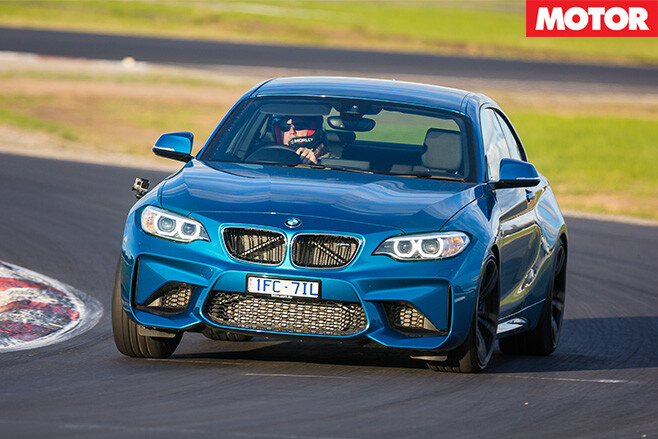 JUDGES' COMMENTS
01. David Morley
“I have a new favourite BMW, and it’s this one.”

01. Dylan Campbell
“Made every other car at Bang For Your Bucks feel like a toy.”

01. Scott Newman
“Feels much more serious than anything else here. Weapon.” WARREN LUFF SAYS
01. “It’s so good in every aspect out there”

“There are a few cars that come along to these events you really look forward to driving. For me, the M2 is certainly one of those cars.

“You can feel the heritage of the little M1. That was a very nervous little car to drive on the limit and this has a lot of the good things the M1 had, but they’ve refined it and made it a much more usable and forgiving package to drive. It’s got great brakes, good turning, really good ergonomics, great driver feedback, the engine is fantastic – it just does everything you want.

“It might not be the overall winner here at Bang, but certainly come toward the end of the year and PCOTY, this thing will show some of the more fancy rivals a clean pair of heels.”