IT’S A tough crowd when a V8 Mustang is the slowest car in the field. Granted, 0-100km/h in 5.35sec and 13.4sec for the quarter mile are a shade slower than the best times we’ve managed in Ford’s new muscle car, but, nonetheless, they left the Mustang stone motherless last on the $50K-$100K drag strip.

Thankfully, this 21st century Pony Car has many more tricks up its sculpted sleeves than just straight-line pace. The new Ford Mustang delivers a swift uppercut to anyone harbouring preconceptions about American cars by having a seriously good chassis under it.

So, while it may have trailed the pack in a straight line, it more than made up for it around Winton with a cracking 1:37.1 lap which placed it fourth outright and the fastest V8. 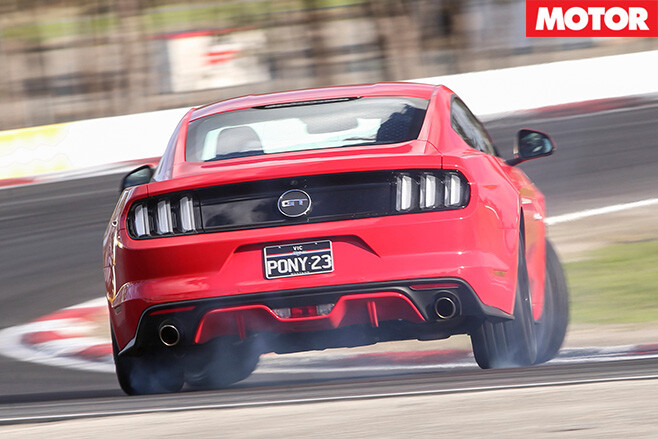 It may be down on outright kilowattage compared to the likes of the XR8 Sprint and 300 Core, but the Mustang makes good use of every single one of its 306kW/530Nm. The 5.0-litre V8 is an absolute sweetheart, revving freely, making a great noise and perfectly matched to the six-speed manual ’box. If only Aussie ’Stangs had the 3.73:1 diff that’s optional in the States, it would be even keener again.

The brakes are brilliant, firm underfoot and fade-free, but it’s the ease and confidence with which the Mustang can be driven on the limit that makes it so enjoyable. There were some complaints about the steering and there’s no doubt it could offer a more direct line of communication with the front end, but the V8 turns in more eagerly and resists understeer better than its four-cylinder sibling. 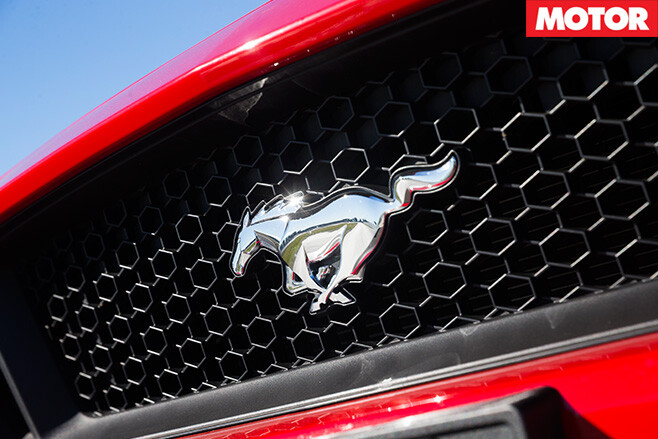 From the apex on a smooth throttle application will have you bolting towards the next corner, while a quick stab will have the rear end swaying like a field of corn in an Iowa breeze.

This combination of talents had the mighty Mustang second for Editor Campbell, third for Morley, Luffy and myself, and king of the hill for Cordony. Sure, we’re speaking relatively here – it’s no Lotus Elise – but for a big two-door muscle car, the Mustang is a very entertaining partner.

Unfortunately for Ford, subjective assessment only makes up 20 per cent of the Bang For Your Bucks formula, and while the Mustang was laying down solid numbers, its competitors were generating exceptional ones. In a less competitive year the Mustang might’ve been a podium contender, but against the finest and fittest of 2016, it just wasn’t fast enough. 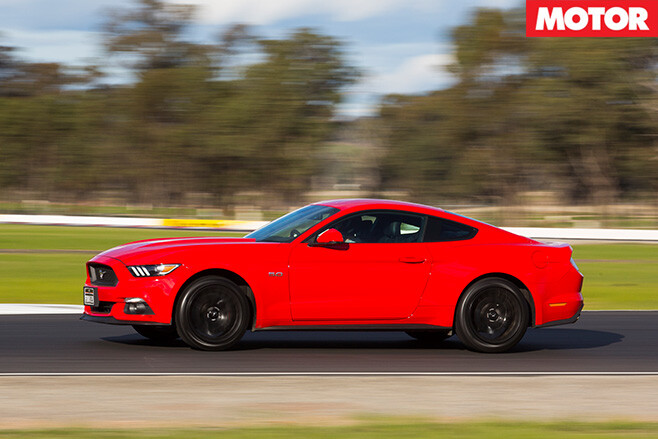 02. Dylan Campbell
“Drive it on track and you’ll fall for it like a sack of cement, too.”

03. Scott Newman
“If this is representative of the modern muscle car, sign me up!” 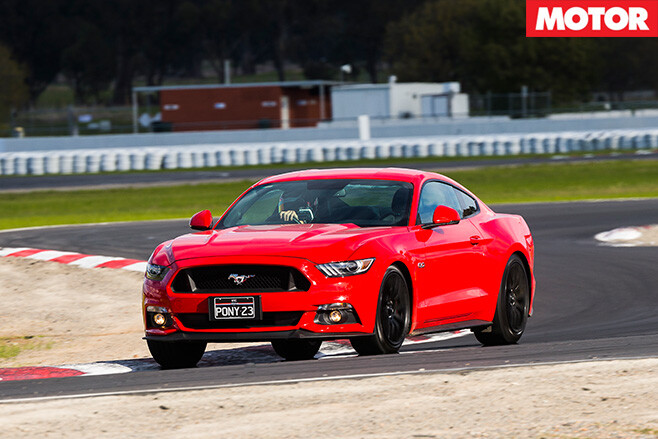 WARREN LUFF SAYS
03. “On the limit you want it to be a little more locked down and stable”

“A muscle car is meant to have a V8. You notice the extra weight up the nose of the car, through the sweeper you notice more understeer and the overall nature is quite soft in the way it is sprung.

“They could definitely take a lesson from the Europeans in how to give good steering feel and provide the driver more in terms of when they’re behind the wheel.”