Minis: All about sharp steering and firm suspension, right?

So, in theory, they should perform well at a track. But when the rubber hits the road, the Cooper JCW just seemed a bit disappointing. The hottest variant of the latest Mini should have more track-smarts, especially for the money – that’s pretty much the long and short of it.

Despite being the most powerful production Mini ever, the Cooper didn’t really make much of an impression at the dragstrip. With 0-100km/h in 6.56sec and a 14.46sec quarter mile, it’s not what you’d call slow by any means, but it didn’t dish up the sorts of times we’d expect from a 1200kg car with 170kW/320Nm. 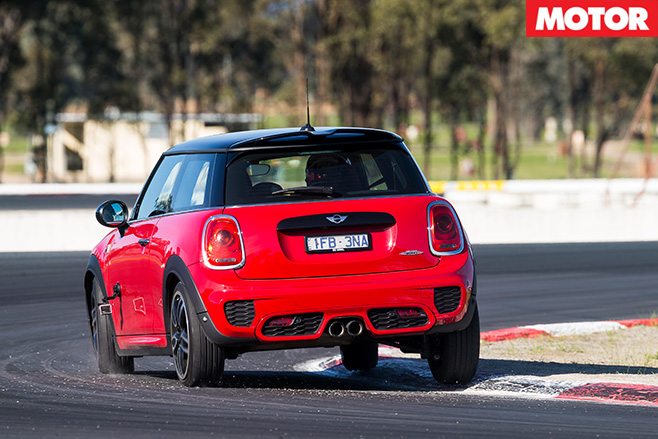 It also couldn’t pull the numbers around Winton, consistently off the pace of its peers in both fast and slow corners. It didn’t really want to play silly-buggers at the track either; there were definitely more entertaining drives waiting back in the pits.

First impressions, however, are better than that, and your first few metres in the JCW reveal a sharp, pointy front end and a feeling of being a pretty precise instrument. Unfortunately, that all goes to hell as you pick up the pace. While the Cooper is taut and responsive up to about eight-tenths, beyond that it all starts to get a bit sketchy.

The first thing you notice is that the car stops talking to you and all that sharpness you previously felt gets lost somewhere with the increased pace. From there, it doesn’t improve and by nine-tenths the Mini reveals itself to be a natural understeerer. At a place like Winton, even with the JCW’s excellent brakes, there’s just no coming back from that. 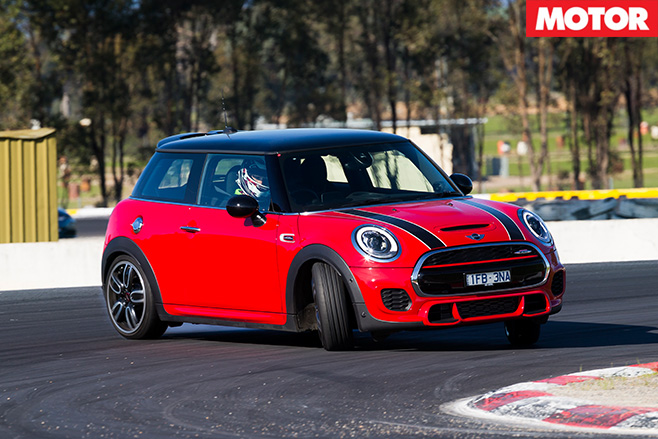 The Cooper wasn’t a favourite of the judges either and it finished last on that basis alone. Part of that is down to the fact that even if it had been a sharper track tool, the rest of the package doesn’t really add up.

That jukebox interior doesn’t work for many of us and the seats (the passenger one had started to come apart at the seams – literally) lacked any meaningful support. Once you tipped the car in, you then had to concentrate on holding yourself in place rather than figuring out the car’s next move.

But let’s not be too hard, the Cooper has a great engine note; it’s rorty and fat, the gearshift is slick and, if you drive the Mini at road speeds, it stacks up better with a fast steering rack and a tight, responsive feel. Like we said, all good until about eight-tenths. But BFYB isn’t about eight-tenths. Never has been. 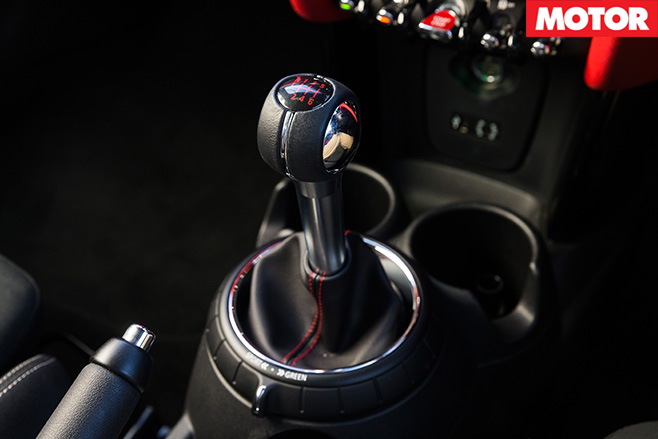 JUDGES' COMMENTS
03. David Morley
“Am I the only one who liked this car? Maybe, but I did.”

09. Dylan Campbell
“MINI engineers would do well to drive the old JCW and GP again.” 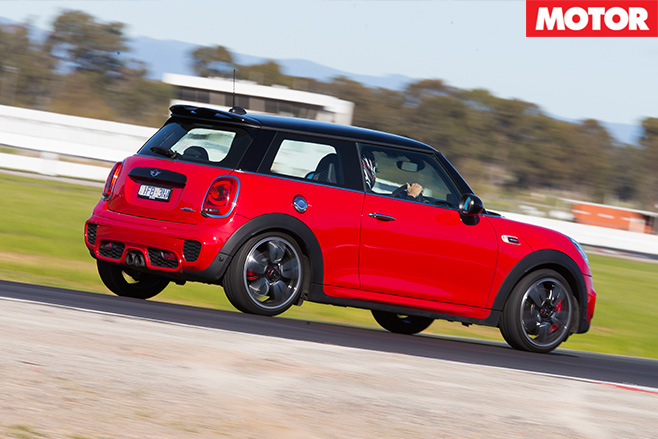 WARREN LUFF SAYS
09. “A good car, but it doesn’t do anything that really inspires”

“It’s sure-footed, but there’s nothing that gives you the excitement and feel some of the other smaller hot hatches give you.

“It really has the characteristics and feel of a much bigger car; it’s a very easy car to drive on the limit, but it’s like they dulled it down too much and have taken away a little too much of that character.
“Because of the dullness in the chassis you try to use the back of the car in the tighter corners, but the mid-corner understeer is that little bit stronger.”