Fast and fun, but needs to fire the nanny

For reasons I am yet to discover, we’ve never run a base-model Golf VII GTI at Bang For Your Bucks.

Oh sure, there have been plenty of Golfs sporting the GTI badge over the years, but since the advent of the seventh generation, they’ve always been up-specced numbers with tricky diffs or they’ve swapped the GTI tag for an R badge.

I have to ask why? Why the hell have we not thrown the entry-level GTI into the mix, especially when the Bang formula rewards povo-pack interiors and the reduced weight and price-tag that they bring? (Because VW’s never had one available before, Dave! – Ed)
At least they’ve fixed that this time around – and how. 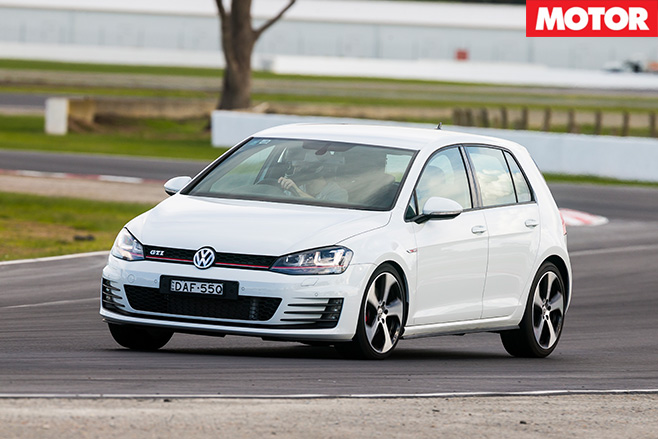 One thing you can count on from any Golf GTI, of course, is that solid feeling and something that is well screwed together. This base-model feels substantial – clearly a Golf’s inner magic is not a function of bolt-on shit-and-glitter.

The 162kW summoned up by the boosted 2.0-litre is strong, but not as feral as some others. While the GTI scrabbles to 100km/h faster than stuff like the Peugeot and the Mini Cooper – with which it competes pretty much directly – by the time the end of the 400m looms, both those hatches have rounded the Golf up and left it behind. The Golf isn’t especially fast around the Winton layout and its corner speeds are nothing to write home about.

But what gets it over the line and into fourth place was a combination of pretty keen pricing and bank-vault security. It is genuinely good to drive, and whether you’re bumbling about town or having a red-hot go at a track-day, the GTI rewards with direct steering that is beautifully weighted and a tendency towards neutrality. 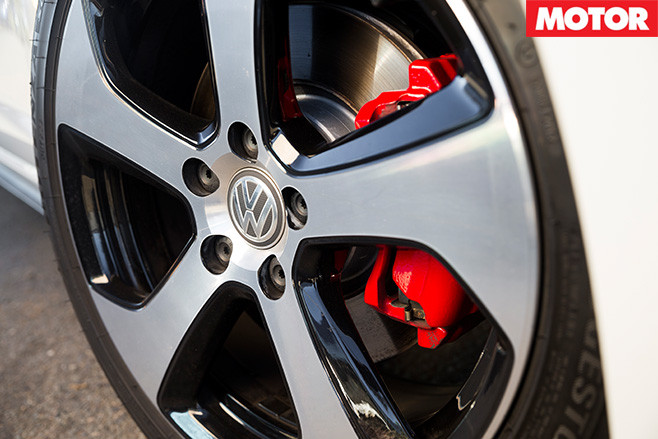 You know you’re on a thoroughbred when you can give the tiller a wiggle at speed and nothing terrible happens. In fact, the GTI quite enjoys the high-speed change of direction, something that marks it out as a resolved package.

Our gripes are limited to the fact that the car can feel a bit remote and clinical when you’d rather be whooping it up, but you can’t have it both ways. The ESP won’t switch completely off, despite what the light on the dashboard suggests. Not that we’d ever condone tampering with a factory setting (this is not a dig about Diesel-gate), but if there’s somebody out there who can disable the GTI’s ESP properly, please let us know. 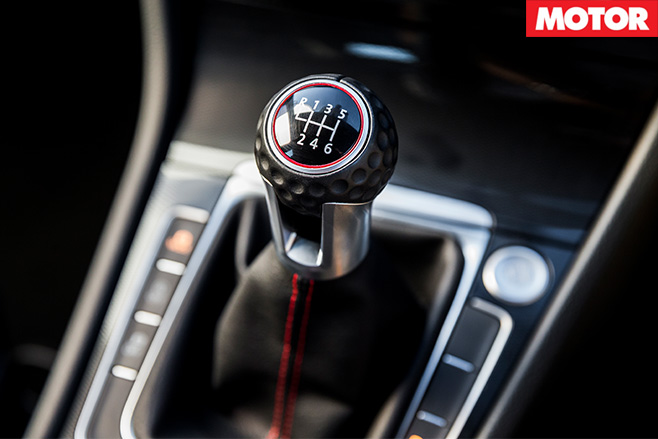 JUDGES' COMMENTS
02. David Morley
“Even in its most basic form, the GTi magic shines through.”

06. Dylan Campbell
“Lacks some sizzle on track but it’s the car I’d drive home in.”

07. Louis Cordony
“A class act but just a little too sensible here.” 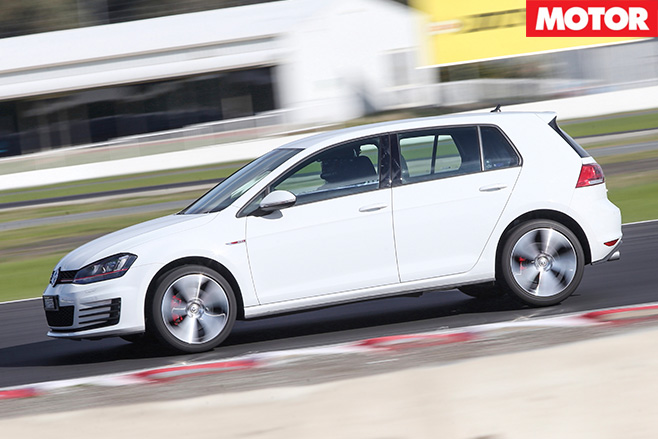 WARREN LUFF SAYS
04. “It’s easy to drive on the limit, but it needs to be a little more exciting”

“The Golf has always been sort of the benchmark in this class. The engine is good and the steering is good, but you want it to have a bit more liveliness about it.

“It’s a very easy car to drive [fast] but it doesn’t inspire you to keep pushing hard, it’s probably that little bit too dialled down. If it was a little livelier, it would it make it so much more of a driver’s car.

“It loses out a little in lap times because it doesn’t have as much power as some of the others, so it makes up for it in the corners, but it needs to have a little more zing.”