Trades sex appeal for sense appeal, but does it move the innovation meter?

Trades sex appeal for sense appeal, but does it move the innovation meter?

SEXY isn’t a COTY criteria, which is probably a good thing for the Volkswagen Passat.

As with previous Passat iterations, this newly minted mid-sizer is all about clean-cut visual neatness, yet it rollicked all over the five COTY criteria. 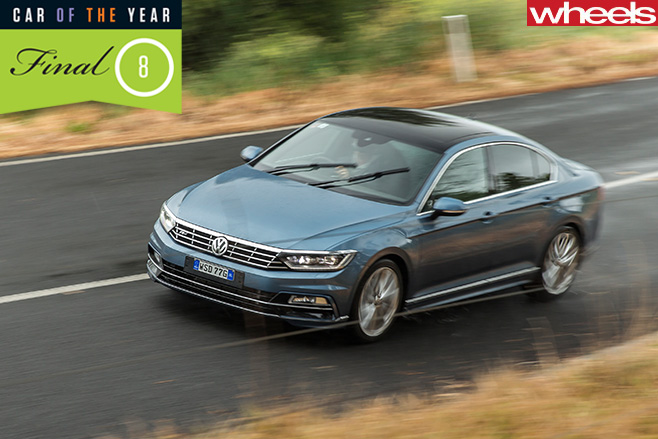 It stormed into the second round with the frugality and verve of its four-cylinder engines, all the while impressing with a cabin that generates a premium ambience well beyond the car’s $35K starting price.

But value was a two-part story with the Passat. In its most affordable form, the 132TSI, those elegantly executed Teutonic finishes and its exemplary attention to detail allow it to soar above rivals. 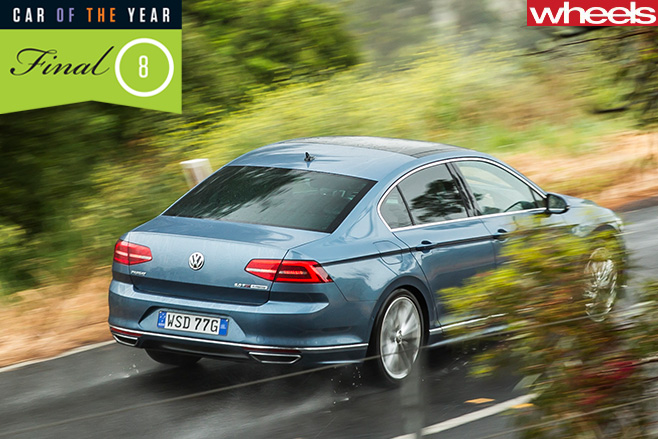 As the first mid-sizer with Apple CarPlay and Android Auto – the next big connectivity must-haves – it brings relevant tech to the table, too. Having auto emergency braking, blind spot warning and radar cruise control from the $39,990 Comfortline up is also a win.

Yet in the $50K-plus Highline with R-Line sporties thrown in, the only-partial electric seat adjustment and lack of features such as digital radio are suddenly more apparent. Cheap sound from the audio system is also a rare letdown. 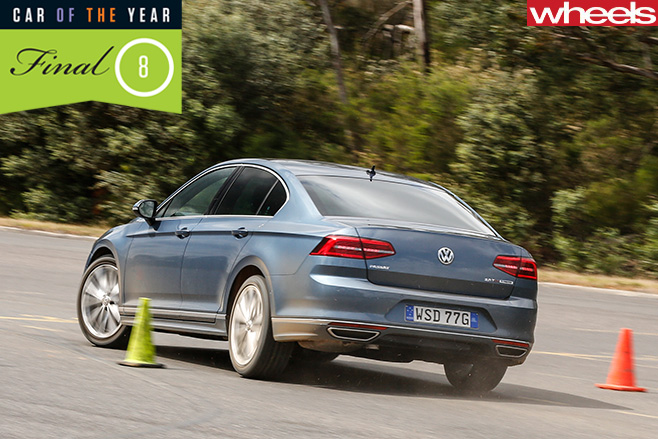 That R-Line pack, too, takes the edge off the Passat’s superb dynamics. Grip from the 19-inch tyres is great, but broader 40-series rubber is chunky over choppy surfaces.

From the driver’s seat, Passat’s understated demeanour transforms into a tantalising handler. Refinement is top notch, too, especially in the 132TSI, which uses its 1.8-litre turbo to good effect. Modest 132kW/250Nm outputs are helped by a slick-shifting seven-speed dual-clutch ’box. The diesel isn’t as adept, with some top-end breathlessness. 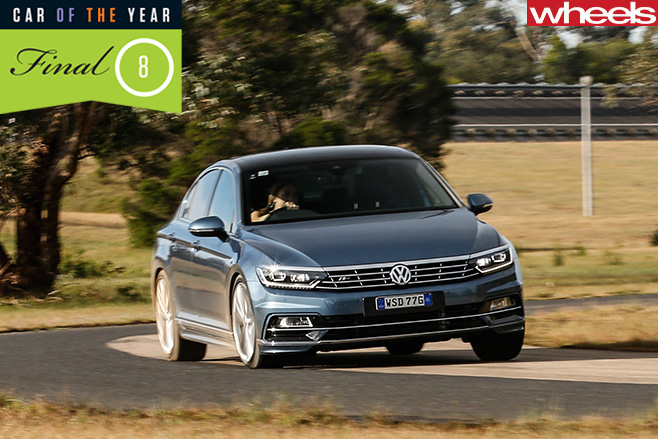 Calling the Passat a mid-sizer is underselling its internal dimensions. Passat’s boot is a Commodore-walloping 585 litres (650 for the wagon), while rear seat space is closer to large-car sprawling than the Mazda 6s and Subaru Libertys it competes with. Many vastly more popular SUVs don’t come close to the Passat’s utility and space.

One key to its talent is impressive weight saving, a result of increased use of aluminium. From 1450kg, it’s one of the lighter medium cars on the market – which that helps agility, performance and fuel economy. 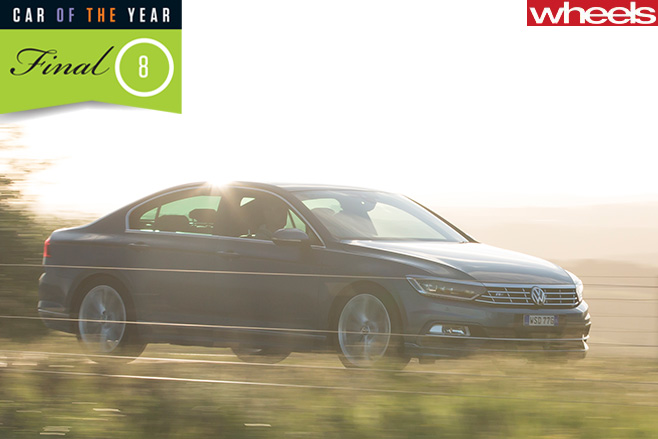 Yet the new Passat has a large, threatening cloud hanging over its COTY contention. While it is so far not part of the worldwide Volkswagen emissions scandal, there was heated debate about what we can – and can’t – believe from an automotive group embroiled in an enormous fraud. After all, at the crux of the scandal is its deceiving of everyone, from its customers to the world’s toughest regulators.

Yet it was the lack of genuine innovation – Passat is more about refining a proven formula – that saw its COTY run end in the second round. That and the fact the Passat was up against a stellar field, and one with a diversity and breadth COTY has never experienced before.