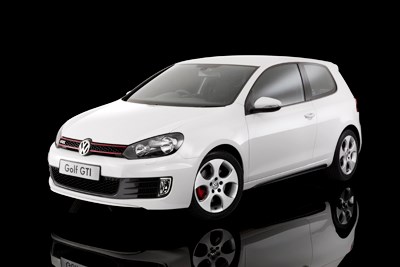 The VW Golf triumphed after a rigorous evaluation and road testing process that saw the largest ever COTY field of 57 cars, derived from 22 models representing 16 manufacturers.

Australia's original new car award was established in 1963 and recognises only the very best vehicle, meticulously identified from a diverse field of hopefuls. In some years the award has even been withheld so as to maintain its own high standards.

The judging panel tests a range of variants of the nominated model, and the cars are ultimately measured against an established and telling criteria. This criteria examines function, technology, efficiency/environment, safety, and value.

Of the eligible models launched during the past year, 22 shortlisted finalists took part in the rigorous week-long testing stage. (Some big names missed that shortlist, including the BMW Z4, Honda Civic SI, Peugeot 308CC, and the Suzuki Alto.)

No Australian-built cars were eligible this year, and close to half the finalists (10 out of 22) were made in Japan.

A record 57 variants of the 22 shortlisted models (manual, auto versions, petrol/diesel, etc) were put through their paces at Holden's Lang Lang Proving Ground, and finalists were also given a real world workout on the roads of Victoria.

The field was initially trimmed to 8 models, and then honed down to a final four: The VW Golf, Toyota Prius, Skoda Superb, and the Mercedes Benz E Class sedan.

The VW Golf impressed in all areas, including safety, with no less than 7 airbags as standard, including driver knee protection.

When measured against the long-established criteria for WHEELS Car Of The Year, the VW Golf proved itself a clear overall winner against some very noteworthy rivals.