Say hello to the most powerful car to front at Hot Tuner, ever

It’s easy to get jaded by power figures thrown around on the internet.

Want to see more from Hot Tuner 2015? Check out all the action here.

It seems like everyone’s uncle’s flat-mate’s brother’s dog has a 1000hp (that’s 750kW in the new money) car hiding in a shed somewhere, and we’re all so blasé about it.

Fact of the matter is, however, that anything more than around 375kW (at the wheels) is enough to pucker sensitive parts of the body and turn grown men into whimpering jellyfish with nary but a stab of right foot.

And such is the case with this demure offering from Kent Dalton, the man behind Hi-Torque Performance in Queensland. While it looks like any other Gold Coast-spec Clubby, this Gen-F packs a genuine 700hp at the rear bags, which is enough to pull huge fourth-gear powerskids as Luffy so ably demonstrated at the South Circuit. 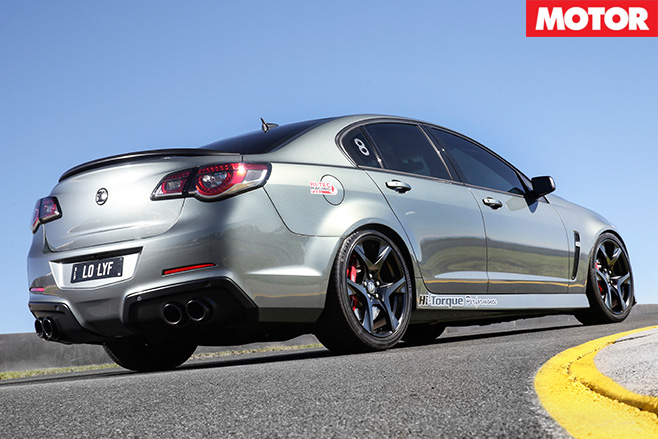 Many would question why you need so much power when you can only legally drive at a maximum of 110km/h in Queensland, and you can’t use full throttle without turning the Continentals to smoke.

Dalton explains. “Our customer wanted something that was going to be different to the run of the mill. He wanted it streetable, and to look and operate like a factory car. I decided the best way to go about that was to run a supercharger instead of a turbo, especially with the torque in it. 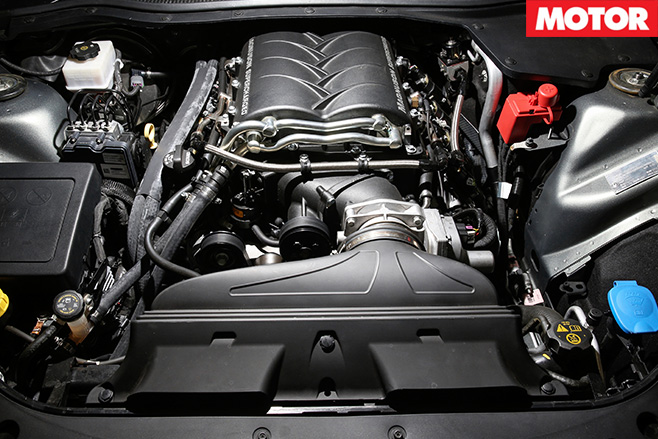 “Over time we’ve refined the package I brought down last year in my wagon. This car makes good horsepower, it’s reliable, can sit in top gear at 110km/h and is really easy to drive.”

So why use the more expensive HSV and not a cheaper SS boosted up?
“Using an HSV to build this car off meant we had the best base,” Dalton says. “The HSV has the optimal diff ratio in it, it’s got the good ’box and it has that 6.2-litre LS3. It has plenty of torque, the ratios work and it’s got good brakes. We put coilovers in it to stiffen it up, but the stock bushes are all left. 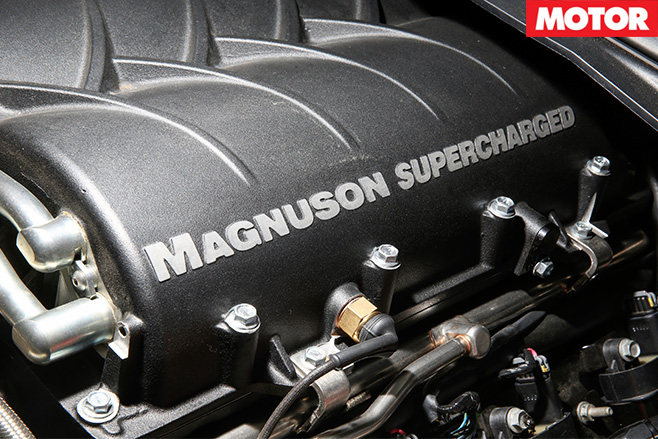 “From there we fitted the Magnusson 2.3-litre supercharger kit, did a camshaft, E85 fuel system and clutch upgrade, and fitted a full exhaust system. There was a bit of work there as we wanted the exhaust to perform without being too loud or have that drone Commodores sometimes get.

“Years of research and development mean we know what the LS engines like. We didn’t have to delve too far into tuning every part of the computer, but we put more work into finding the right camshaft.

This is so that it can have a nice idle and doesn’t make the car stall, and ensures you can drive the car easily when you want to get into it. We also needed to ensure the valve spring combo could handle the horsepower as they’re a known weak point on the LS engines. 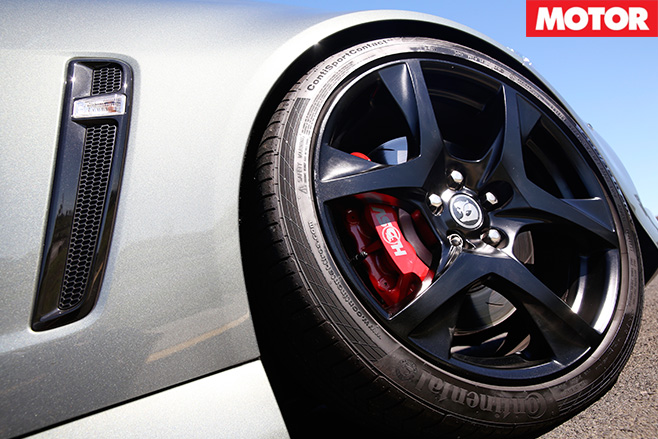 “On straight 98RON pump fuel this car will make around 430kW at the wheels, but obviously this one has the flex fuel to run E85. I can drive that car to the servo and the Flex Fuel Sensor will adjust the tune to suit the fuel it’s burning.”

Mild-mannered on the outside, psychotic under the bonnet

By now you should have seen the video on MOTOR’s Facebook page with Luffy hanging the Clubsport sideways at well over 100km/h around the back of the Sydney Motorsport Park South Circuit. The wall of smoke that was pumped out was equal to anything you’d see at a D1 drift comp… or the Summernats burnout finals!

Now, while I’ve driven plenty of overpowered street cars, I didn’t have the stones to attempt such a move in someone else’s borrowed car at that particular location. At least, that’s my excuse and I’m sticking to it. 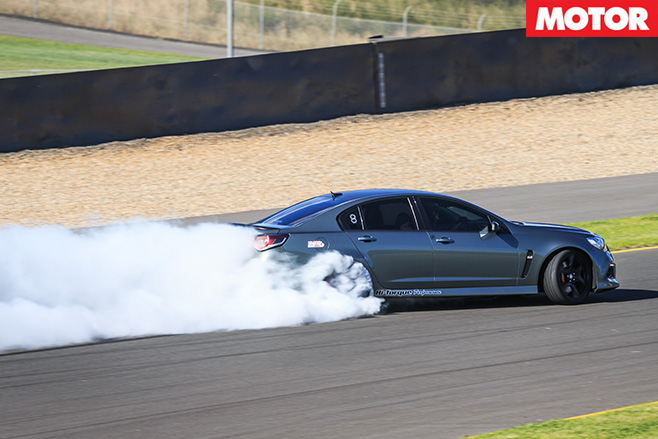 The fact of the matter is that Hi-Torque built a car that drives around on part-throttle like any other near-new Gen-F HSV. It’s quiet and while the clutch is particularly brutal (a necessary evil due to the strains of two straight days of performance testing) there are no other signs you’re piloting a machine with more horsepower at the treads than a V8 Supercar has at the flywheel.

Sitting in the pits it’s a civilised, refined and thoroughly comfortable large family sedan. All the features work and it’s quite tame and comfortable to drive when you’re not trying to peel bitumen off the face of NSW terra firma. Everything works like a factory-built car and there isn’t much of a hint of the violence lurking within, apart from a bit of a cammy vibe at idle and that brutal clutch.

Plenty of tuners talk a big game about making hypercar power from a family car, but in practice they get the balance of race and street weighted too far towards the race side. We had a man at Hot Tuner with first-hand experience in a V8 Supercar, so everyone was keen to hear Luffy’s thoughts on the HTP brute.

He came in from his lap wide-eyed but beaming with praise for what Kent and the HTP boys had done. “If Holden built a car with 700hp that is how I’d expect it to drive,” exhaled Wazza. 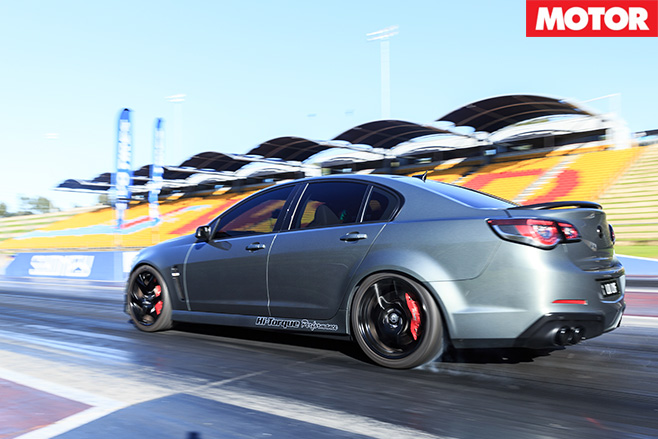 While it has recorded a best time on the strip of 11.5 seconds, the best Luffy could do was a 12.35, which he ice-skated to the top of the Hot Tuner tree. The sight of the Clubby spinning the tyres through fourth gear on the drag strip was awesome, though it hurt it in the 0-100km/h discipline, recording a 4.89sec time for a fifth-place finish.

The standard brakes and tyres, combined with a huge kerb weight, also saw it finish eighth in the 100-0km/h test with a 38.49m stop. Luffy also brought the big beast home in eighth on the track thanks to a 66.30sec lap time.

Still, it obliterated the competition on the dyno with a 517rwkW run, making 396.2kW more than the Fiesta! It was enough to see the Clubby finish fifth overall. But the scorecard doesn’t tell the real success story of this car. 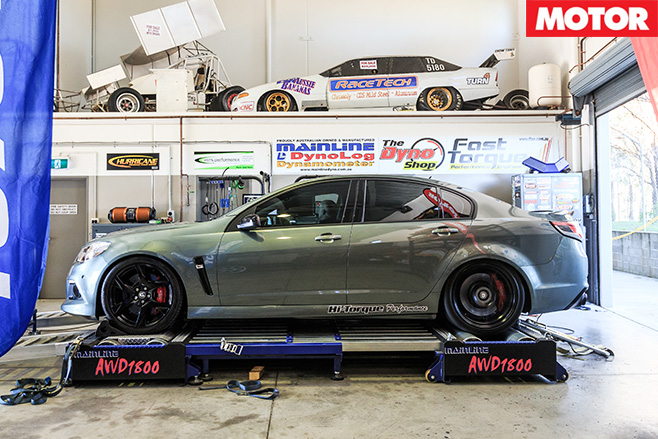 Part of the reason the package works so well together is that Dalton has the experience to know when to stop with the mods. Sometimes, as other cars also proved at Hot Tuner, you need to know when just enough is required, otherwise one area of the car can overpower others.

That might seem like an illogical thing to say about a car which can bake the rear tyres at will in any gear, but the fact is this isn’t a machine you drive at full throttle, or steer as hard as you can go. It’s an exercise in restraint and moderation, using the huge response in the mid-throttle area to move the car in a smooth, seamless way rather than blasting on maximum attack.

Shockingly, there aren’t rattles or strange vibrations. And it didn’t get hot after a couple of punishing laps from Warren, or idling for extended periods in the pits. If you’d told someone 15 years ago that you could have a car as powerful as the Hi-Torque Clubsport with impeccable manners, they’d have had you locked up. 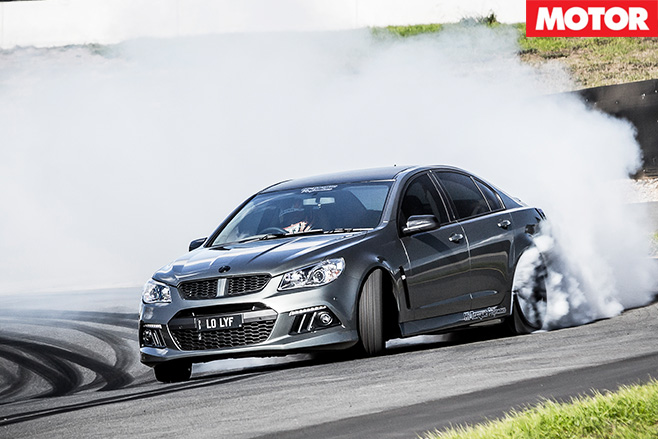 This car is all about the engine. It feels like if HSV decided to bring out the Clubsport with 700hp at the treads, this is how it would come. Look, it’s got a massive amount of power and you can turn the tyres in any gear, but it still feels like what you would expect to buy it from the manufacturer. The work that’s gone into making it as driveable and liveable as what it is, is a credit to Hi-Torque Performance.” 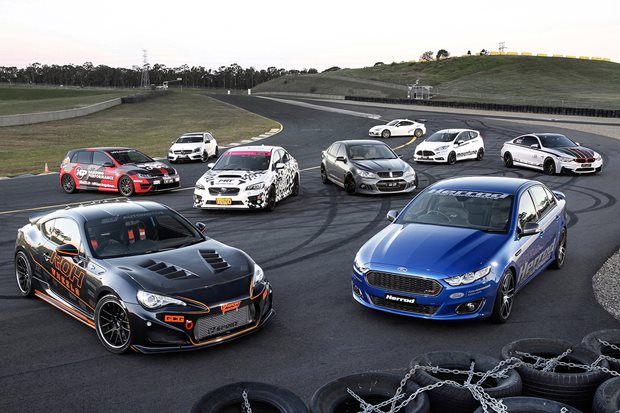