When it comes to four-ringed supercars, less is sometimes more

This usually pays dividends for everyone – the faster, more focused variants are what people want to read about and tend to perform better in the overall rankings. When it comes to the new R8 V10 Plus, however, Audi has made a delicious meal but left it in the oven too long. 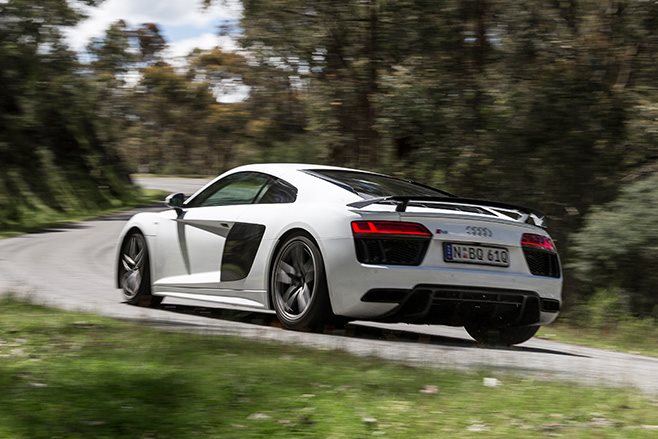 According to Audi, unlike the previous R8 V10 Plus, which was merely a slightly lighter, more powerful version of the standard car, the new Plus is positioned as the ‘track variant’. For an extra $35,000 you score another 52kW/20Nm from the 5.2-litre V10, carbon ceramic brakes, 40kg less weight, a stiffer passive suspension setup and lightweight fixed-back seats, and it’s largely these last two points that scuppered the R8’s chances of PCOTY success.

Car buyers come in all shapes and sizes, which makes Audi’s decision to fit heavily reclined fixed-back seats unfathomable. It wasn’t much of an issue for Robbo, which must mean he has a Plus-sized figure (sorry Robbo…), but Morley, DC and I hammered the R8 on liveability. If you can’t get comfortable in a car, it doesn’t really matter how good it is to drive. 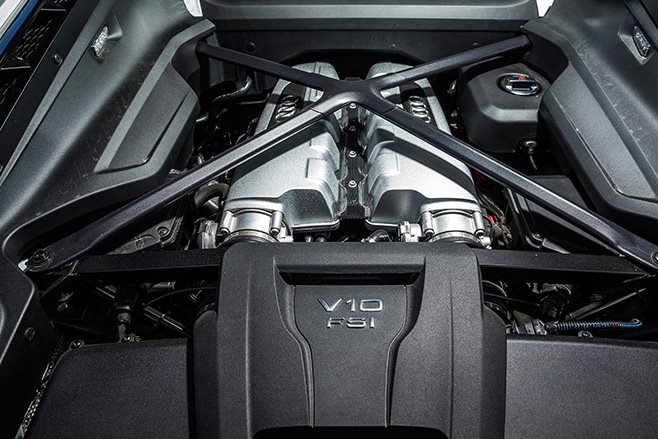 And it’s important to be comfortable in a new R8, because you’re steering a certified missile. A 10.93sec quarter mile and 3.18sec effort from 0-100km/h tells you all you need to know about the Audi’s unhinged speed. The screaming V10 is one of the world’s greatest engines, and bar the odd hesitation on downshifts, the lightning fast dual-clutch ’box attached to it is also one of the best.

Thankfully, Audi will fit regular seats to your Plus for no extra charge, but it won’t fit the adaptive dampers that are standard on the normal R8 V10. The Plus’s circuit-focused setup might eradicate roll on the racetrack, but it’s spine-jarringly stiff on the road – when a Nissan GT-R feels luxurious in comparison, things have gone too far.

To be fair, the Plus is brilliant on track. It didn’t matter whether Winton was damp or drenched, the all-wheel drive Audi inspired huge confidence and could be driven harder than any of the other supercars. Unfortunately, on the road the quattro system felt to pull, rather than push the car. The old R8’s beautiful rear-biased setup has been replaced by one that is more secure, but ultimately less fun. 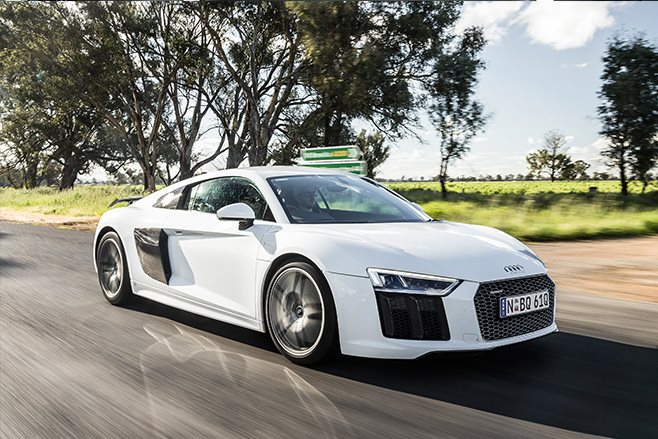 Essentially, in hindsight we took the wrong variant. We suspect the regular R8 V10’s normal seats and adaptive suspension would’ve righted the range-topper’s wrongs, and with 397kW the ‘standard’ car was hardly going to be hanging around. At its core the R8 V10 is incredible, but for us the Plus was more of a Minus. 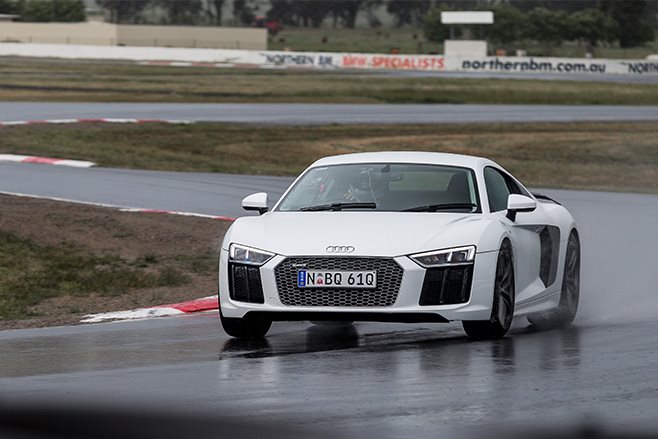 JUDGES' RANK
DAVID MORLEY: 6th
I’ve always regarded the R8 as a dinkum alternative to established hypercars. Now I know for sure.

DYLAN CAMPBELL: 9th
Would have finished further down if it had any other engine.

TIM ROBSON: 5th
Such an accomplished machine right across the board. My personal fave. 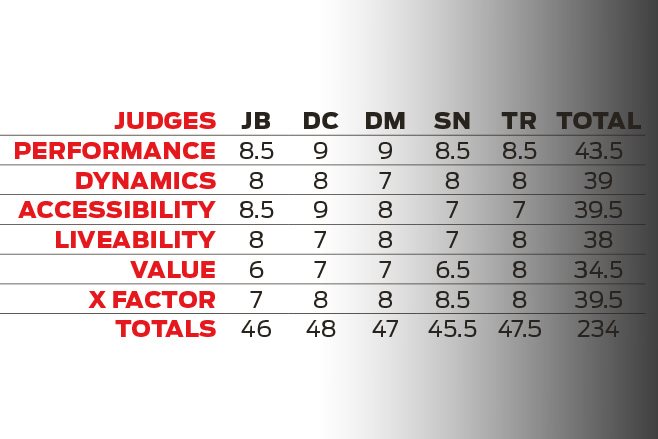