Fan favourite severely off the pace in this company

The XR8’s participation in this year’s Performance Car Of The Year had more than a whiff of the farewell tour about it. And, sadly, like many farewell tours, it quickly became clear that it might’ve been best if the fast Falcon had retired a little earlier.

It must be said that in isolation the XR8 has its moments of fun. The 5.0-litre supercharged V8 is mighty – as evidenced by 0-100km/h in 4.8sec and a 12.8sec quarter mile – with a top-end rush as powerful as anything else in the field.

Unfortunately, the rest of the package means that all too often on a twisty road driving the XR8 feels like steering a barely controlled missile. It’s at its best pointing uphill, with gravity working against it. That way the numb brakes and heavy front end have an easier time and you can help steer the car with the throttle thanks to the prodigious power on tap. 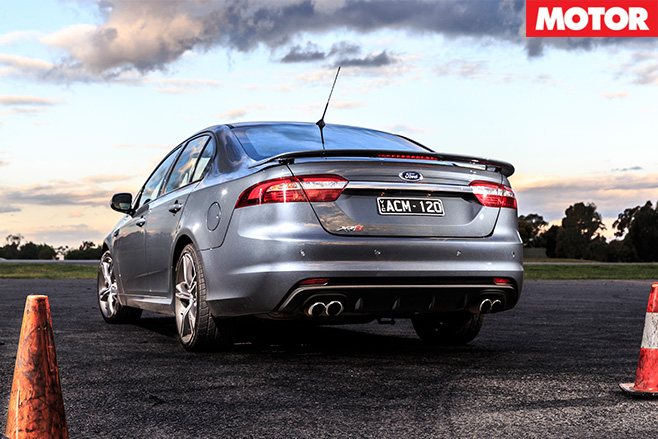 Elsewhere, the nose pushes into early understeer followed by oversteer as the torque overwhelms the rear tyres. This is never more apparent than when on track, and the XR8’s impressive 1:40.6sec lap time is almost entirely down to its sheer grunt and the skill of the man behind the wheel.

It was Luffy who summed it up best by saying while the Falcon can be driven quite quickly, you’re never really encouraged to do so as the whole process offers very little reward. The ease and progression with which the XR8 loses grip proves there’s still a good chassis underneath it, but you’re often left guessing as to what’s going on as there’s so little communication.

The main culprit is the steering; light and vague, it transmits next to nothing about what is happening at the front end, while the high seating position – yes, that again – means you feel like you’re sitting ‘on’ the car, rather than being a part of it. 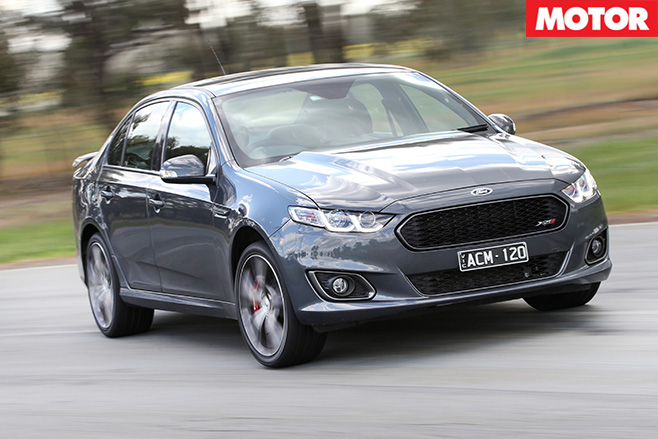 Some will argue it’s unfair to criticise the XR8 for its corner-carving capabilities, given it’s clearly a big Aussie long-distance hauler. There is some truth to that, however the XR8’s touring prowess has been badly undermined by Ford’s decision to stiffen the ride to the point where every bump is transmitted to the occupants.

All this matters little, of course, as Ford is selling as many XR8s as it can build and, to be honest, for most buyers it’s going to be exactly what they want, a spacious five-seat V8 sedan with a Ford badge on the front that goes like the clappers.

What it’s not, however, is a competitive contemporary performance car, and that’s a shame, as it would’ve been nice for this Australian icon to go out hitting a high note. 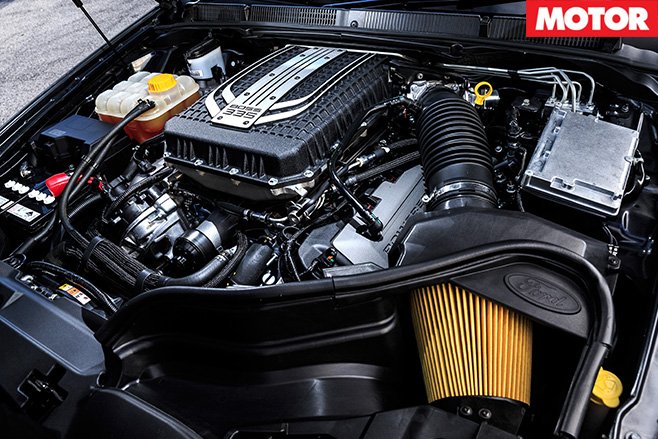 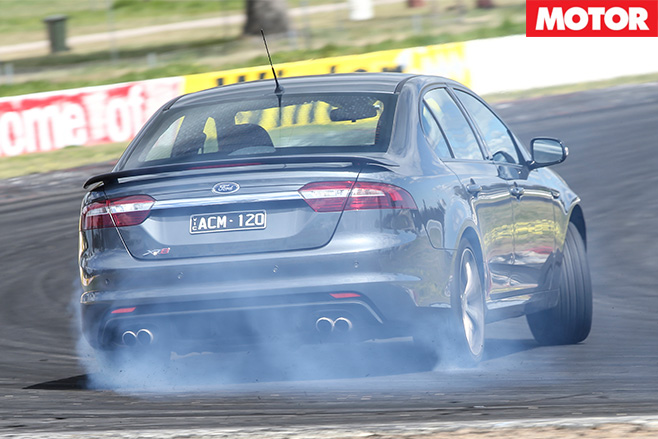 JUDGES' RANKINGS
Dylan Campbell: 11th
“It’s a hot rod in that grunt, attitude and noise are what it does best. Corners? Not so much”

David Morley: 11th
“Not perfect, but appeals to my belief that fun needs to be taken seriously”

Scott Newman: 11th
“Plenty of power, but badly outclassed compared to the best cars of 2015”\

Tim Robson: 11th
“A great, tractable, fun, revvy engine, but I expected more from the chassis”