These five aren't short of an opinion

Here are the five hard-working *cough* souls tasked with finding the best fast car of 2015. 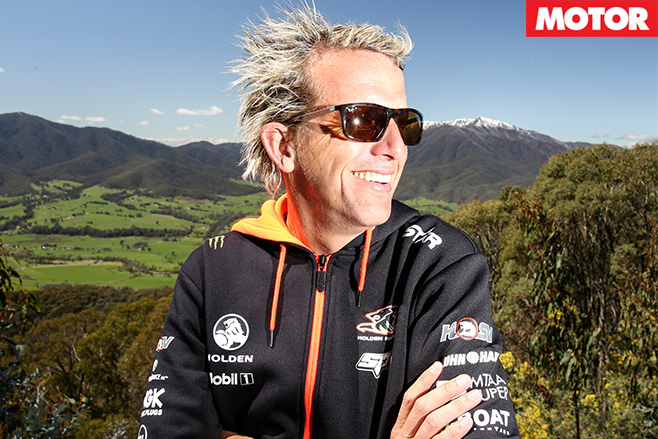 Despite a hairstyle that suggests a recent and relatively high-voltage electrocution, Luffy is what Our Cockburn calls our designated adult. This is an odd conclusion at which to arrive as Luffy’s efforts in the art of discipline are, presumably, not for a family magazine of this type. Regardless, he is the fastest thing on two legs any of we MOTOR mortals will probably ever share a bag of dim sims with and with a background in stunt driving and standing on the Bathurst podium there can be no better yardstick for the rest of us to fall short of. Keen to help. Orange. 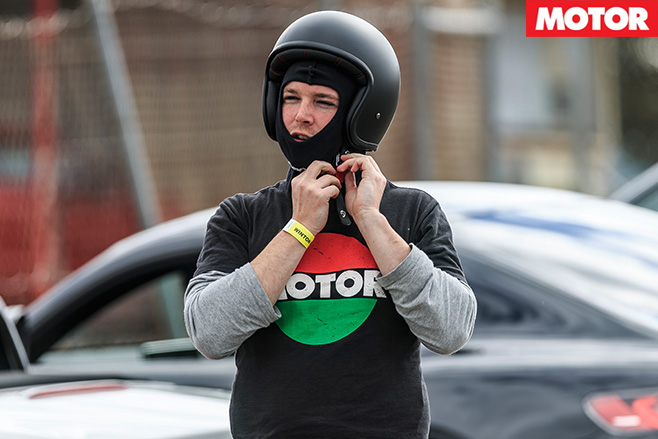 Motor’s editor might look like an Enid Blyton character (Famous Five, Noddy; take your pick) but his calm manner and thoughtful reactions, despite the never-ending stream of invective and woe that comes his way at PCOTY, have meant that we are all yet to see him lose his rag. Presumably, if he ever does, it’ll be a doozy and if he turns up at PCOTY carrying a sports bag, we’ll all run in different directions. Furthermore, The Campbell is prepared to listen to other people and see things from a variety of perspectives. At PCOTY, of course, those `other people’ are predominately maniacs and this policy will doubtless be his downfall. Calm and collected. Invoice-signer. 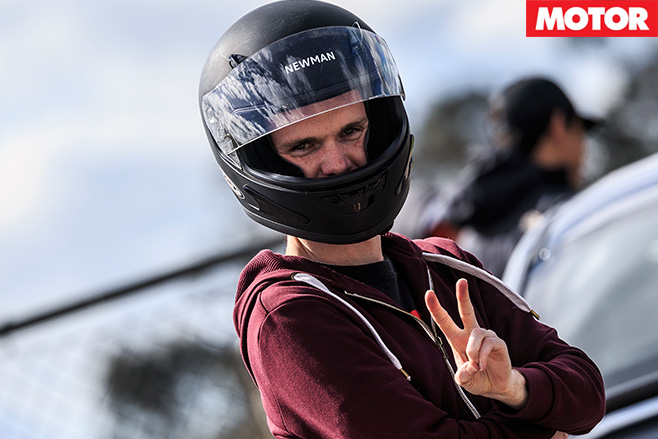 Deranged is a strong word, but in the case of young Scotty, your average nutbag turns out to be not so weird-Harold after all. It doesn’t matter whether he’s caning a GT3 around Winton or painting his bedroom wall in Nutella, Scotty will be doing it with a song in his heart and a spit-bubble on his lips. His repertoire of verbal racing engine noises is legendary, yet no less disturbing, and a demonstration of same roughly on the hour is more or less unavoidable. Stand upwind. But Scotty has also blossomed into a very sharp driver these days and, frankly, a career as a getaway driver can not be too far off. Knows no malice. Optimist. 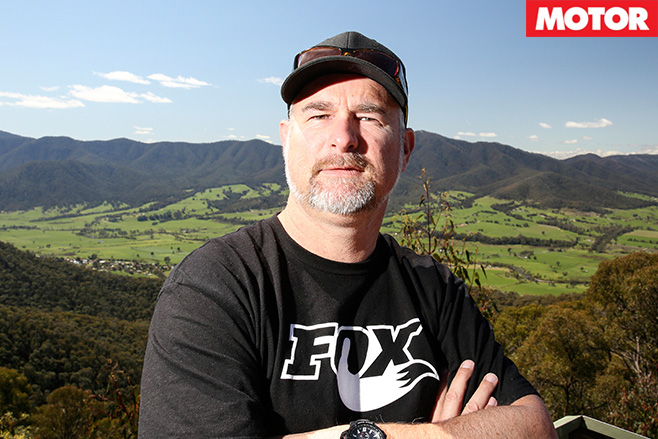 Steely of eye, grey of muzzle and grizzled of most everything else, Robbo is a past editor of this fine organ who, pretty much accidentally, realised it was a mug’s game and got the hell out while he could. Capable of acidic interpretations of everyday matters and not one to suffer dingbats beyond their opening gambit, Robbo calls a spade a goddam dirty great shovel which I will gladly embed in your pointy, empty  head. His family loves him. Again, he has developed into a quick, sure steerer and it is at the wheel that he displays his greatest calm. Which worries the hell out of the rest of us. Loves push-bikes. Odd, that. 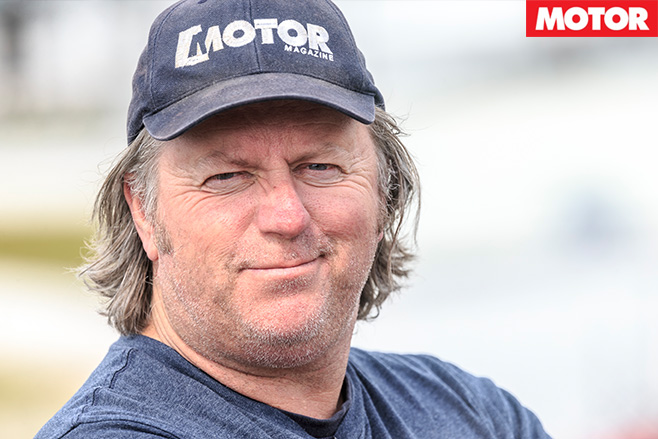 Like Bjork, Liberace and Superman in their allotted roles, Morley has been beaten into the ground so many times in the pursuit of PCOTY that he has emerged as a one-name, one-dimensional character unable (and probably unwilling) to rise above his reputation and claw back some dignity. In the meantime, that leaves him as elder statesman of the pack although he comes up fairly short on the statesman end of things. Ever keen to fang somebody else’s car around somebody else’s track, his past decades aboard the good ship Freelance have meant he can no longer even find his own pockets, let alone the bottoms of them where the loose change might be hanging out. Barber’s nightmare. Beyond help. 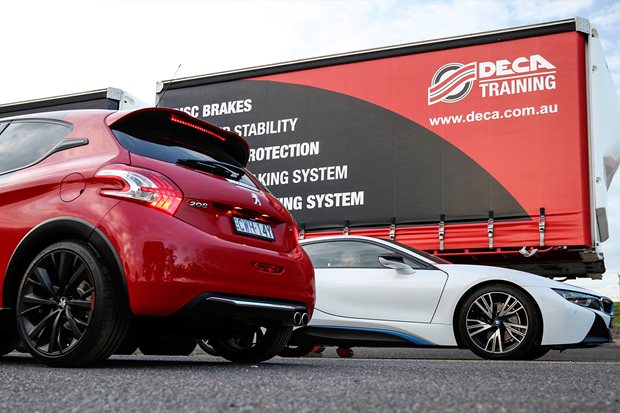 With the most potent PCOTY field ever, the public road isn't the place for pushing limits. Welcome to DECA 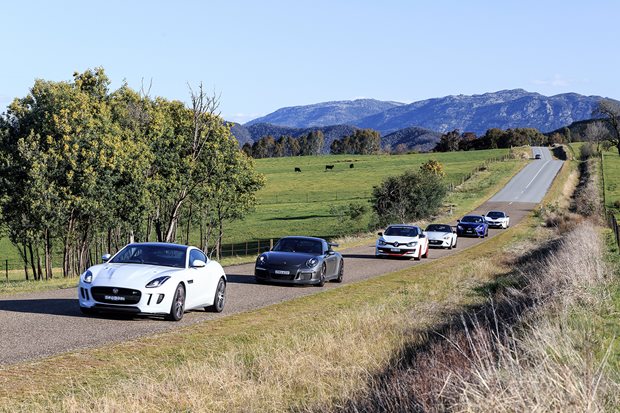 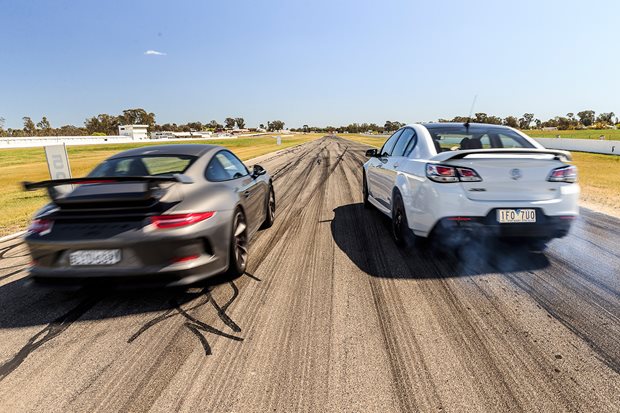