No, we haven’t screwed up. Yes, the BMW Z4 scored a single point more than the Nissan 350Z but it still finishes in sixth place. You see, the points allocation establishes the finishing order of PCOTY participants from last-place 19th through to the unlucky seventh-placed Audi S4.

The point scores also establish the top six, but from here each judge gets to vote for his top three, including the very important vote for the winner. Think of it as a footy season with the points scoring representing the home and away season complete with a minor premier. From here, the top six cars make the finals and votes are cast. That’s why, despite scoring more than the big Nissan, the Z4 gets no votes and must leave the game in sixth overall.

Okay, so pens away and keyboards down? Good.

As the least powerful car to make this year’s PCOTY top six, the 170kW Z4 does it with finesse. The 3.0-litre straight six, as used in everything from 3-Series to X5 with 5-Series in between, is such a sweetheart of a mill that you soon forget its less than dazzling on-paper spec (certainly in this company) of 170kW at 5900rpm and 300Nm of twist at 3500rpm.

It revs harder than the numbers suggest and has a thick and creamy bottom end. The only complaint about the power delivery is that, with such a capable and neutral chassis, you’re always wanting a bit more poke. 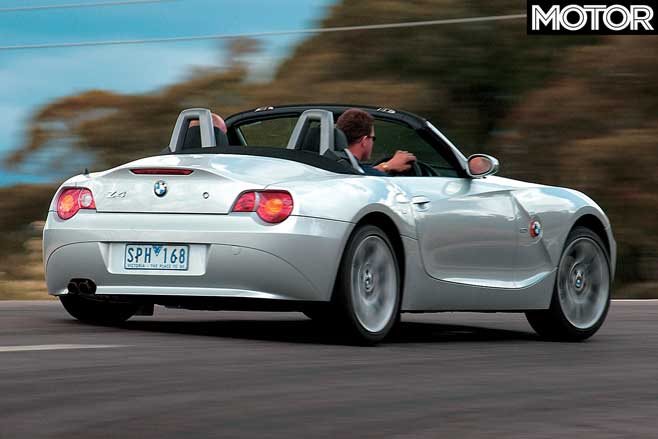 This was especially true at Avalon, where the Z4 never finished higher than 14th (for both standing kilometre time and overall top speed) out of the 19 cars present. But the 241km/h top speed is not bad for a lidless roadster, although it’s down a few kays on the Honda S2000 from last year. And stability under braking was another plus.

The Z4 sneaked back into the reckoning at Winton with a solid mid-pack 1:45.28, squeezed between a couple of GTs: the 411kW Bentley and the homegrown 290kW FPV Falcon. But more than the raw numbers, the Z4 thrilled with a benign chassis that allowed adjustability well after you’d pointed into the first half of the corner.

The only gripe was with the initial weirdness of the electronically adjustable power steering. The varying degree of assistance masks feel, but familiarity breeds more confidence. Still, you never quite fall for the steering like you would in a Boxster. 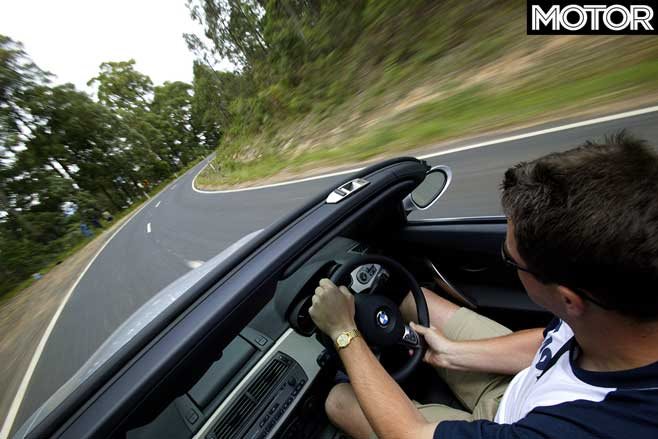 If the Z4 was back in the reckoning by Winton, probably hovering just south of the big six, it started to prepare for the finals by The Hillclimb. Nearly every judge hoisted himself out of the lithe roadster singing its virtues. MT was especially vocal, claiming that while it might not be that focused as a track car, it sure makes for a hell of a road car.

For fast road work, the Z4 is a right weapon. The torquey power delivery of the straight six, coupled with the gear-for-all-occasions six-speeder, makes for very rapid progress indeed. The brakes are more at home on the road than under the microscope of the track.

Big bumps can unsettle the firmish rear end, a complaint we first noted at Bang For Your Bucks last year, but torsional rigidity is remarkable for an open-top car, especially one not so distantly related to the flimsy Z3. 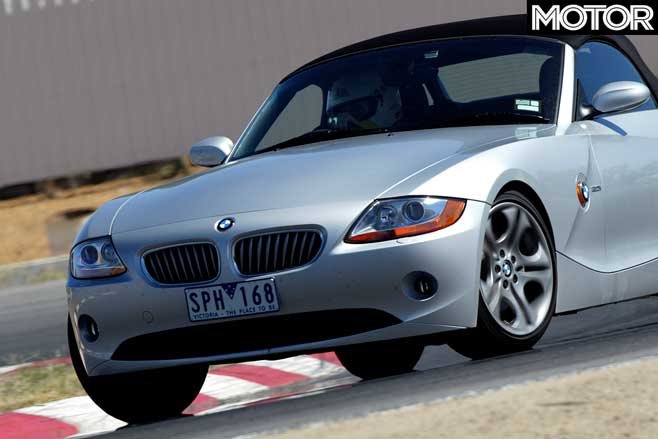 Press the traction control button on the BMW and the little orange triangle appears on the dash. You’re on your own, right? Nope. There’s no mention in the owner’s manual, but you need to depress the button for seven seconds before it’s really off.

Still, it’s not as bad as some of the traction systems on display at PCOTY. Both the Nissan 350Z and Mazda RX-8 let you think you’re flying solo but still keep one eye on things. Both sexy Japanese coupes would grab the unladen wheel through the sweeper at Winton even when things were well in hand.

But the traction/stability control prize goes to the Volvo. It offers On, Reduced and Off, but only after you press the button five times at intervals of approximately one second. 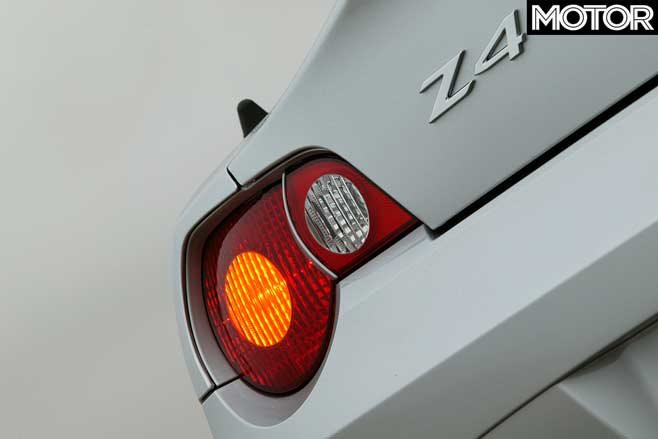