Getting to grips when things get soggy

Formula One’s wet-option tyre can disperse 85 litres of water a second. When an F1 car is scything through a wet track at top speed, that would mean its four hoops can displace more than 20,000 litres every minute.

You can thank an F1 tyre’s cuts and grooves for that fire-hose worthy flow. Your tyres have them as well, they’re called tread patterns. And when clouds cry, their job is to bite into the road surface through a film of water. This braking test is designed to reveal if they add more than just an aesthetic look. 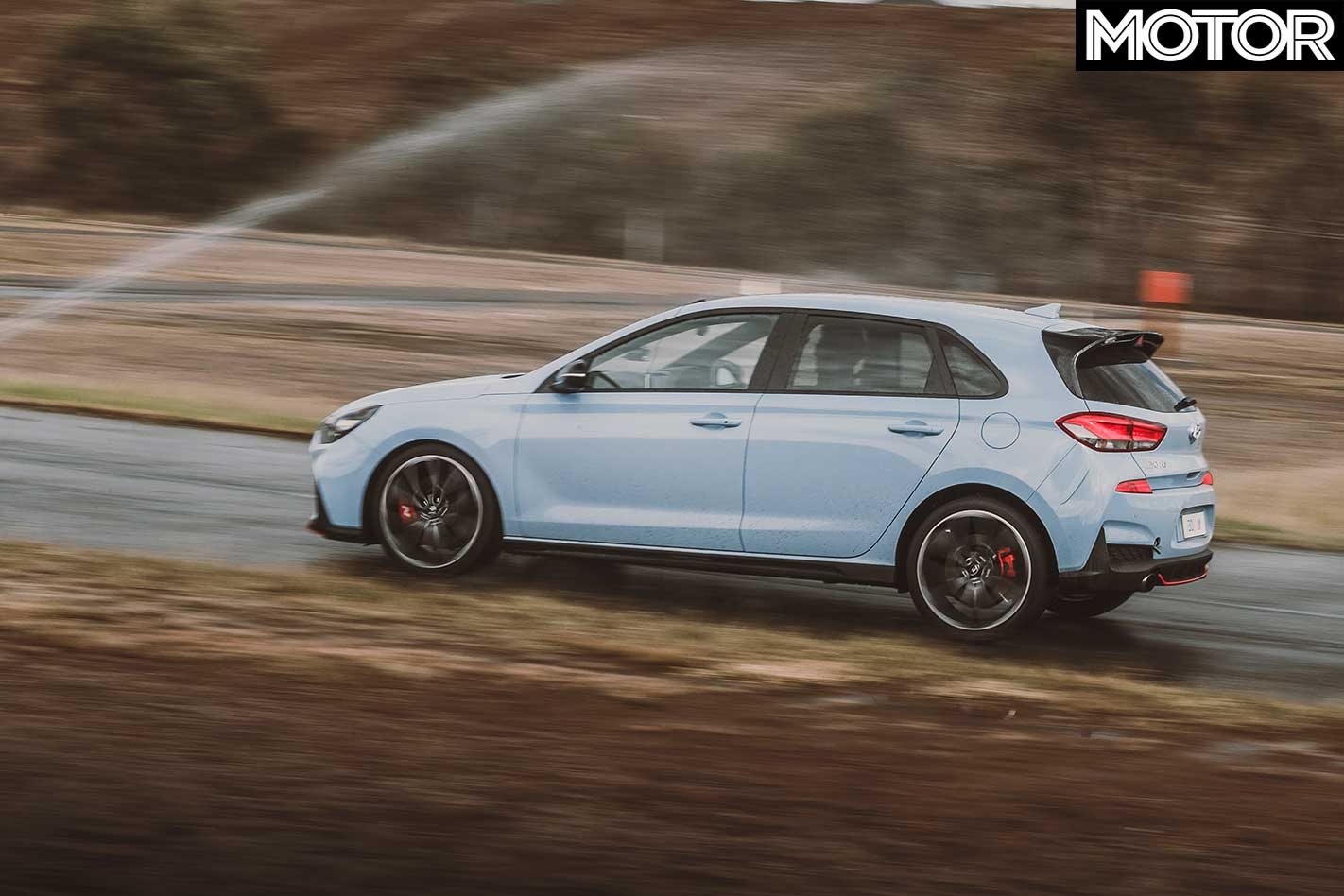 We’ve placed two impact sprinklers along a 30 metre stretch of tarmac. They won’t send Noah after an ark, but they drench the surface nice and evenly to leave small pools of standing water.

Luffy will barrel into the braking zone with ABS fully engaged, like the dry-braking exercise, allowing the Driftbox to measure the distance it takes for the Hyundai to go from 70km/h to rest. It’s repeated three times before we rank the averages.

The Dunlop’s chances are smothered early when the Continental’s first stop matches the Dunlop’s best. The SportContact’s chunky tread blocks and minimal cuts prove more water-loving than anyone could imagine. That’s not the same story for the Goodyear. Traditionally keener for a swim than a Pommy at Bondi, the Eagle F1 Asymmetric 3 needs another two metres to arrest the Hyundai. 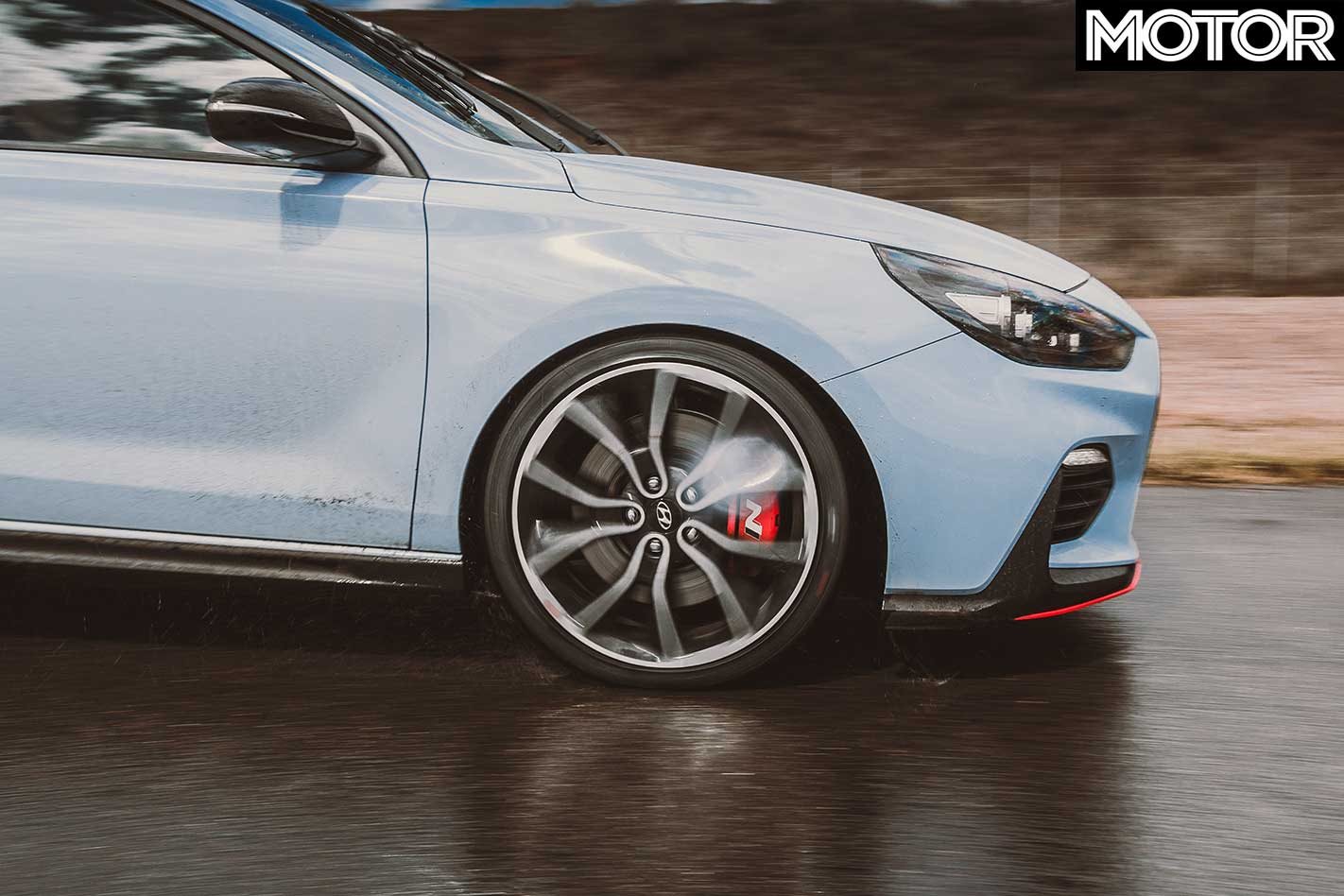 Falken’s FK510 starts off with a 19-metre stop to signal there’s still fight in this tyre. And its brilliance is only magnified by the Laufenn’s lack of it, as the Indonesian-made tyre sails along to 22 metres on its first try. While the Laufenn is claimed to be a comfort-focused tyre, there’s nothing comfortable about colliding with a courier van’s rear bumper because your tyres can’t pull up fast enough.

Don't skimp on the rubber, get quality deals on WhichTyre.com.au

The Kumho, our second-last tyre to run, makes an unbelievable lunge at the top spot by either matching or beating the Continental on every stop. As it turns out, though, the day’s warmer temperatures gifted later runs an advantage. And the Kumho’s re-calculated score dissipates its chances for first place. 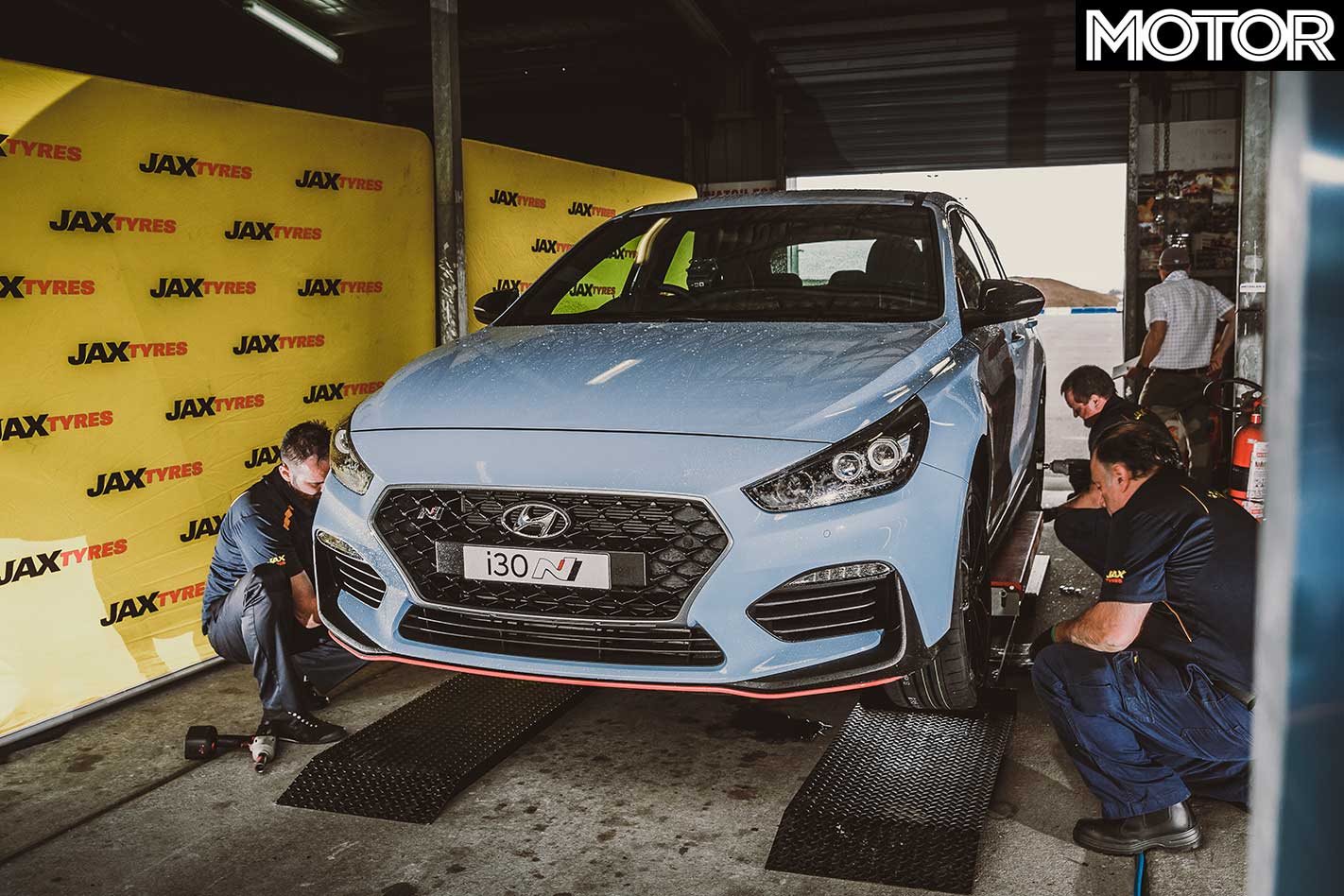 The Achilles makes another trip to the bottom of the order. Its 22.24m average distance is about 14 per cent worse than the best. There is some good news for the bottom half of the field, though. Luffy says the Nexen has enough braking feel to give the driver decent confidence.