Five years after our Queen Lizzie’s ever-so-Royal Tour of her dominions, her loyal subject, Victor B. Cranley, was on the wharf at Port Jackson to supervise the unloading of a huge, custom-built Cadillac station wagon, the Lucky Tiger, and Mr Good-News, a LWB Land Rover. Quite an odd coupling for a lap of Australia.

Cranley’s contention was that, outside the mother country, the old world’s knowledge of Australia was infinitesimal; something he wished to rectify. Certainly the team, led by famed Swiss photographer Henri-Maurice Berney, with six assistants and three tons of photographic and sound equipment, was well set up. And all set to go. But, in 1959 there was the inevitable waterfront stoppage and endless meetings to obtain the necessary outback permits. British to his bones, Cranley had a whinge over these inconveniences, conveniently forgetting the origins of unions and bureaucracies but, paperwork sorted, they were soon on their way. The Series II Land Rover was never revered for its elan, but beside the almost six-metre-long Caddie, the Landie appeared petite.

In his chronicles, Cranley criticised many aspects of Australia and possibly set off on the wrong foot visiting Canberra first, which he found a snobbish town where the apparatchiki failed to appreciate his important mission.

Life didn’t improve much, though, as “Australia had thousands of wholly useless and unfit hotels” and, where the Anglo-Swiss Trans-Australia Expedition (to give its full title) had to camp, amenities were not up to scratch. For example, at one campground the taps were frozen and the toilets seat-less. 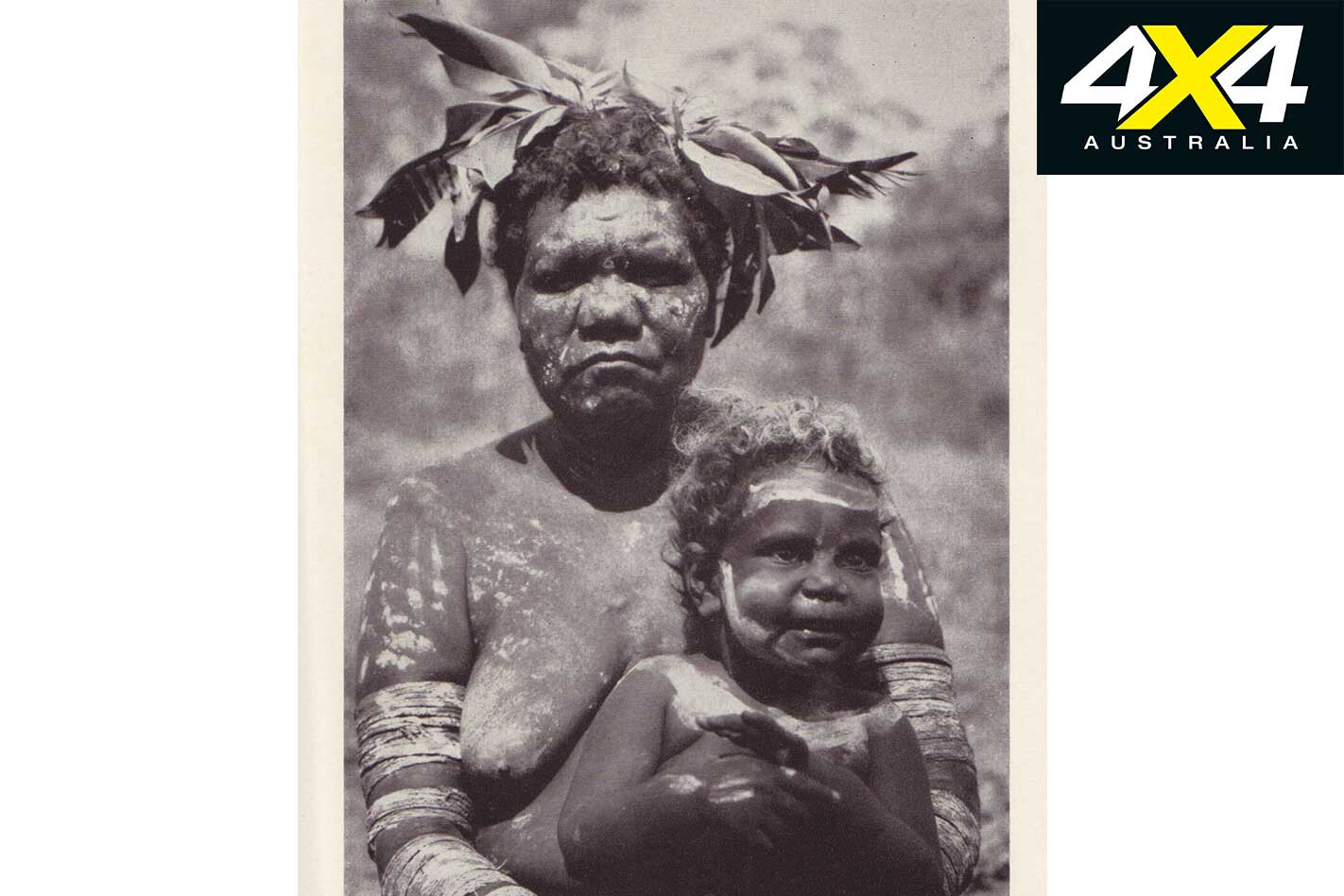 It got worse. At Tennant Creek the pineapple ice cream was actually vanilla with flavouring; at Fitzroy Crossing the team couldn’t buy a beer because everyone was engrossed in some race called the Melbourne Cup; and, on top of that, many a night’s sleep was spoiled by early- rising kookaburras.

Excluding the above, Cranley found our quaint ways quite entertaining, though at Hermannsburg he reported “the demeanour of the Abos was disappointing”. A comment he would not dare even think five decades later. By the time the team reached Darwin, Cranley and his charges had completed the major portion of their 43,000km trek from Sydney up through south-west Queensland, across the Barkly to Alice, out to ‘the rock’ then ‘up the track’ to Darwin.

While they weren’t the only ‘tourists’ on the road – passing the occasional Chrysler or Vanguard towing a plywood caravan – they noted the very long hop between servos, forcing them to carry a maximum fuel load to feed the thirsty cast-iron V8 in the Caddie.

The upside was sleeping under the stars at Ayers Rock (Uluru). No resort, no motels and no convoys of buses; a real privilege, as Henri-Maurice recalls. Faced with two westerly choices, the traditional route through Wave Hill or the newer track through Timber Creek to Wyndham, the expedition took the latter and, with the exception of the Caddie becoming bogged in one of the many creek beds and a broken spring on the Landie, they hammered the 5000km through to Perth in nine days.

The track between Broome and Port Hedland was the worst of it, according to Cranley: “Lucky Tiger was ahead and as I was obliged to keep at least a mile behind so as not to be blinded by the dust hovering motionless in the air, this was the most exhausting trek I have ever undertaken. It was a continual fight to keep on the trail as we lurched heavily through the ink-black night avoiding getting stuck in the deep dust, trying to sense potholes before hitting them, and yet not slowing down too much wore me out. Finally, at 9am we pulled into Port Hedland.”

As they travelled east, the drought worsened. “The low hills and the fields were dotted with sheep on their ‘last legs’. For mile after mile this scene of dead animals, dead trees and dead pasture rolled by”. And, to prove some things don’t change, Australia was said to be in the fourth year of the worst drought of the century. Sound familiar? While Cranley recorded little about his 14 months spent behind the wheel of the Landie – much of which must have been over fairly rudimentary roads – he noted much about the Australian lifestyle.

Of our culture he observed that “The life of this nation is directed towards industrial and agricultural development and the fight is long and hard. Just making a living, and in many cases merely surviving, is occupation enough. The country is still too young to sit back and admire a Gauguin or a Degas. These things are the recompense of accomplishment and need time. Australia feels it has not yet accomplished enough to afford that sort of leisure.”

This was during an era when it was usual to see 100,000 people attend each day of a five-day test match at the MCG, while 50,000 more sat on Bondi Beach glued to their new £6 trannies. Never backward in coming forward for a drink himself, Cranley was in Australia at the time of our first drive-thru liquor stores – decades before ‘drive-thru’ anything else – and was obviously impressed. “Alcohol is a major industry and in the big cities it becomes very apparent. The crush in the bars and pubs is probably unrivalled anywhere in the world.

"Certainly unrivalled are the efforts made to provide drink after closing hours. From Saturday at noon until Monday at eleven, no drink may be served. The biggest drive-ins lie on the main highways to and from the beaches. Here, one takes one’s car under a portico and remains seated, for the offside is lined with showcases of everything obtainable in bottles. A uniformed salesman steps up and you merely ask for your fancy.

"Below the showcases are dozens of highly polished frigidaires and the salesman runs along the freezer taking out what you want and awaits you at the far end. You pay, accept his wishes for a pleasant weekend and buzz off, hugging your precious bottles firmly to your chest.” Cranley provides no hints as to how one controls a motor vehicle with a dozen longnecks in his lap and possibly this is just as well, for it was in 1961 that Victoria introduced the breathalyser. Of course Cranley couldn’t refrain from commenting on relationships between the sexes (perhaps indicating some bias of his own).

“It is sad but true that the Australian man’s preference is different to the rest of the world’s; even to England’s, where women count for less than they do in Italy, Spain, Switzerland or Germany. Men here have built up a barrier against women, a barrier staunchly built of, firstly mates, then every sort of sport and beer. At the very end of this invisible wall and if there is really no alternative comes woman. 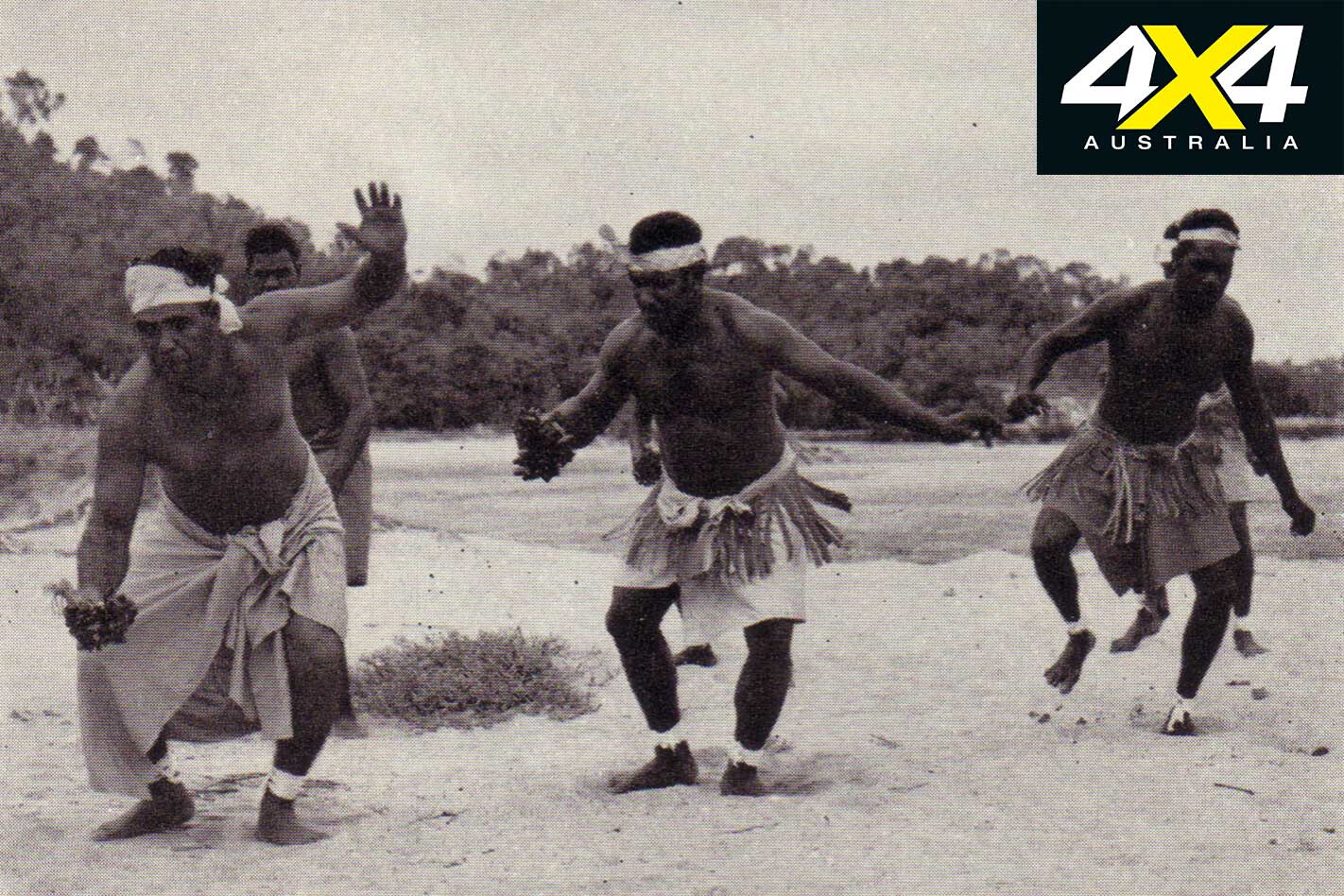 "Not openly but rather furtively and a little ashamedly. I once overheard a man in Longreach say to his mates at the bar: ‘Sorry fellows... can’t make it tonight. I’ve got to take the Duchess out to the cinema. I promised her at Christmas.’ It was August then.”

During their 43,000km tour around Australia, the members of the Anglo-Swiss Expedition despatched over 4000 colour photographs and a documentary back to Europe commenting on Australia. It appears no records were kept about what our outback folk thought when the Odd Couple rolled through town. 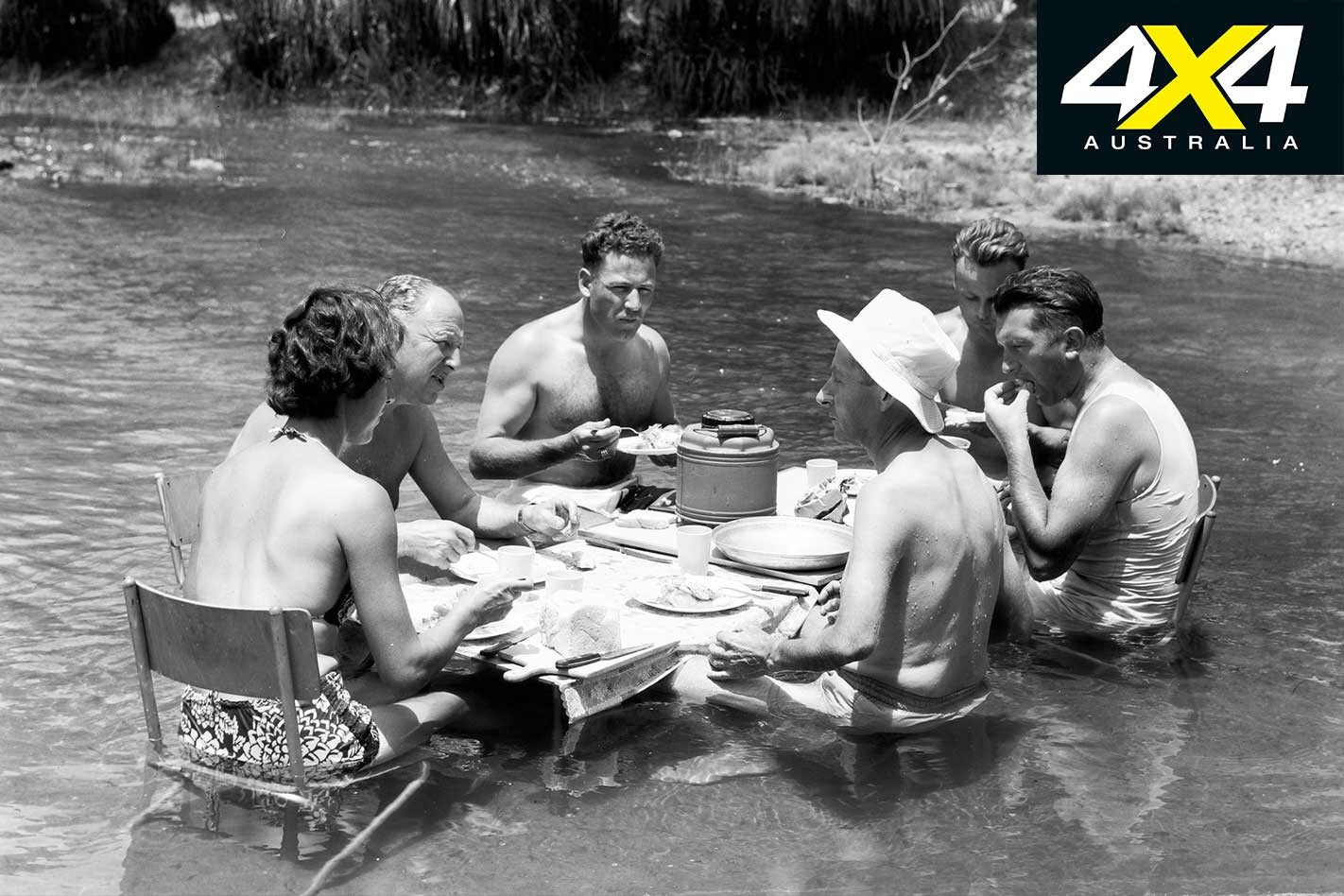 Contemporary outback travellers know the value of proper hydration and so did Mr Cranley way back in 1959 when he compiled a list of his own liquid intake in Katherine thus:

An eclectic list to be sure, and we can’t say much for the elevenses! Henri-Maurice Berney is a world-renowned photographer, journalist and film producer who has travelled the byways of more than 180 countries. The results of his explorations in Australia were published in 1965 with contributions by famous Australians such as George Munster, Mark Oliphant and Geoffrey Blainey.

Asked to recollect on his sojourn Down Under, Henri-Maurice recalls an exceptional journey, with he and his team retaining marvellous and everlasting memories, often centred on their transport.

The gargantuan 1955 Cadillac Eldorado had been transformed into a station wagon by a master Swiss coach-builder – a gorgeously unique vehicle according to Berney – which made an enormous impact and guaranteed success in the popularity stakes wherever they travelled.

4X4 Australia is grateful for H.M. Berney’s photographs and recollections on our outback history. Prior to WWII the fourby was a comparative rarity in the outback. Then came the ex-military Landies and platoons of the 645,000 Willys MB and Ford GPW model Jeeps, quickly followed by a residue of Tojos from the Snowy Mountains Scheme, most of which finished their days pootling out to the mailbox and back.

MOREThe greatest 4x4 of all

Thus the Anglo-Swiss Trans-Australia Expedition was the first recorded complete circumnavigation of our continent by a 4X4.

However, we stand ready to be corrected and if any reader has details of any similar adventures between 1945-1965 we’d like more details. Call Peter Whitaker on 07 5599 5763 or email him pedrontweed@hotmail.com and ensure our motoring history remains alive.