ANOTHER Limestone Coast destination, albeit a better kept secret, Canunda National Park is around five hours’ drive south of Adelaide, so it’s probably at the outer limit of a weekend away.

However, tackle that drive and you’ll be rewarded with a coastal park that allows you to pack in a couple of days full of fishing, beach driving, camping, surfing, diving, bushwalking and exploring.

The Canunda NP landscape differs from its northern neighbour (Little Dip CP) by offering a totally different experience in the northern section of the park, where rugged limestone cliffs dominate, along with spectacular rock stacks off the coastline and rugged, thick bushland to explore. 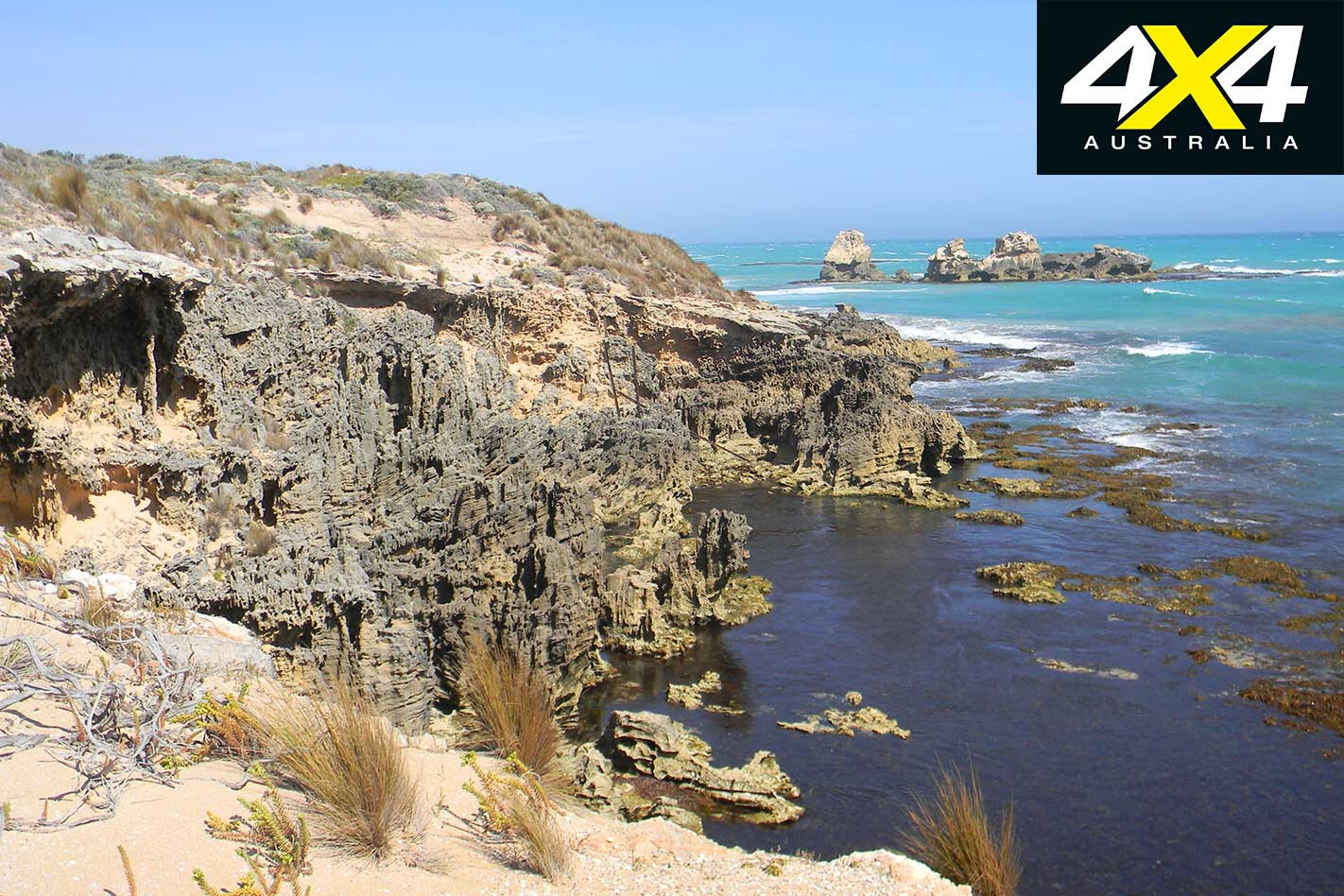 The southern section contrasts with its more open terrain dominated by sand dunes that stretch to the park border, and low dunes just back from the beach. Driving in Canunda NP you can cover the full length of the park, with the northernmost entry point accessed via the township of Southend.

You can also enter the park via Carpenter Rocks in the south, or the township of Millicent, which has an access road that leads to the park’s centre section, just above the expanse of Lake Bonney. The town of Southend is worth spending some time in, even if it is just to pick up some mega-fresh seafood (lobster, anyone?) on your way to camp.

MOREThe good and bad of camping

Upon entering the park’s northern section you have the option of two campgrounds: Kotgee and Nal-a-wort. These are two of the six campgrounds you’ll find in the park; Oil Rig Square and Geltwood campgrounds are located in the centre of the park, while No 2 Rocks Campground south of these two, and Cape Banks Campground at the southern border, just north of Carpenter Rocks. 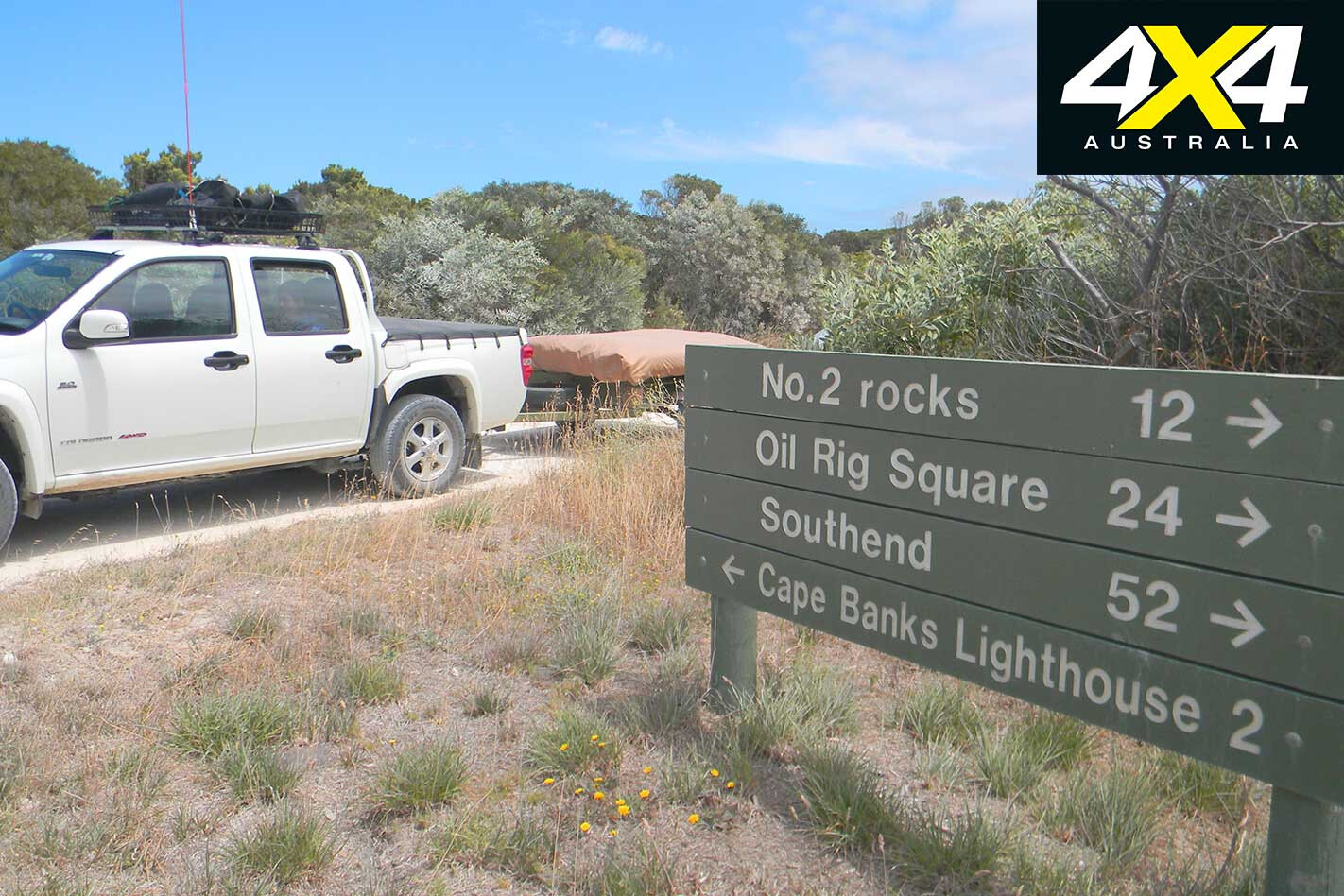 Most of these campgrounds are small and the majority have six sites; Kotgee has seven, with limited facilities. The pick of the campgrounds would be Number 2 Rocks. This is the most remote campground with limited sites and a pit toilet (be fully self-sufficient if camping here), but the reward is the beach is only 200 metres away, plus there are beaches to the north and south of the campground, separated by a lagoon that offers great swimming for young kids (the beaches are considerably rougher).

This campground also allows access to two beautiful limestone headlands. Having said that, Cape Banks, right down south, is also worth a final night stay; the historic Cape Banks Lighthouse is near here, too, so check it out before the long drive back home. 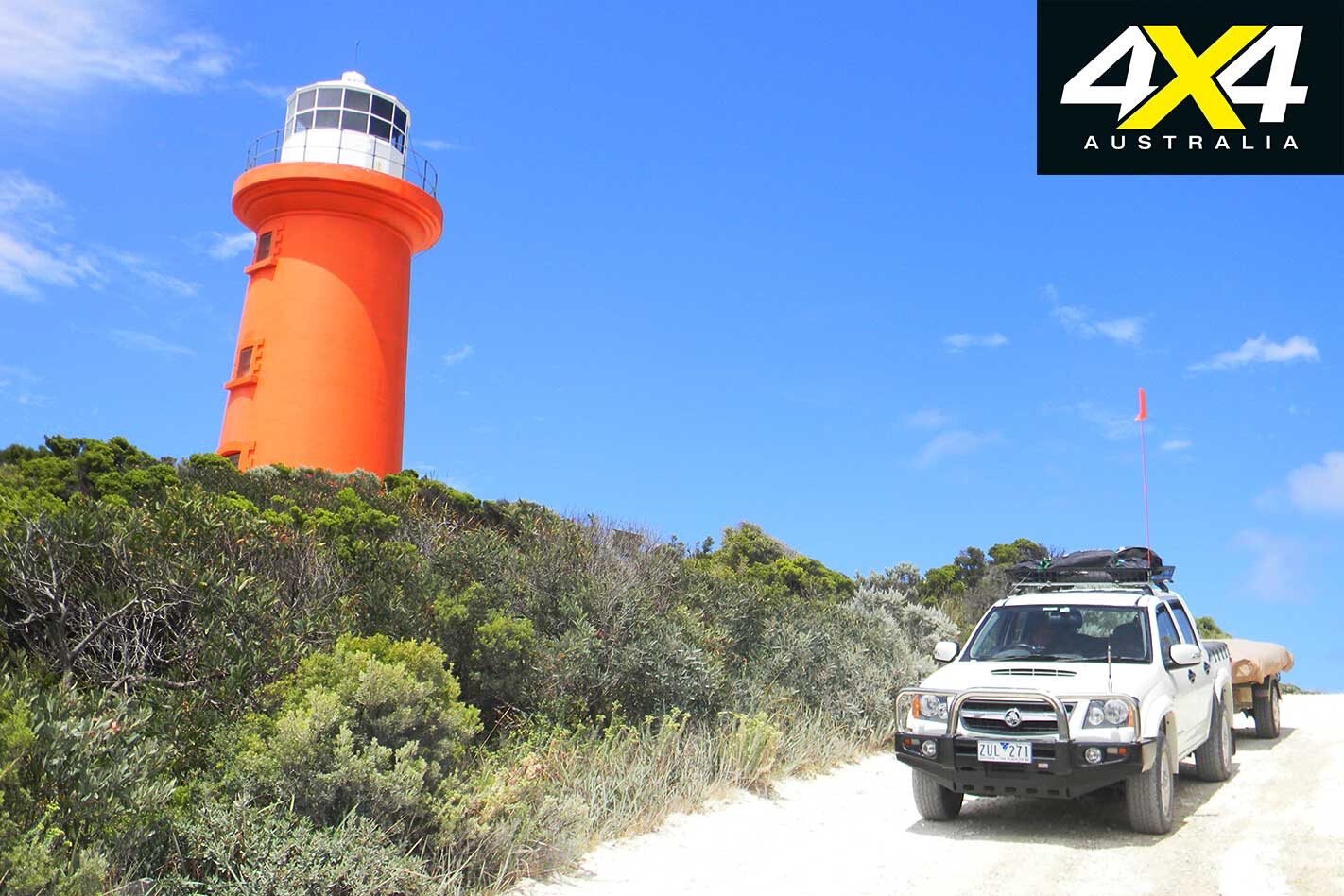 The off-road driving here is sublime – and surprisingly uncrowded – with a nice mix of challenging and straightforward coastal terrain to experience. As with any beach driving, check and double-check tide times before heading out onto the soft sand of Geltwood Beach. If it looks sketchy, there are numerous alternative tracks to explore behind the beach among the sand dunes, but, again, be well-prepared and deflate tyres accordingly.

Some of the tracks in the dunes behind the beach are dotted with marker posts that will guide you through these sections, with a number of tracks looping back to Geltwood Beach. Before you do delve into the park’s tracks, though, one drive that should be on your list is the short poodle up to Cape Buffon, just outside the park’s northern boundary. 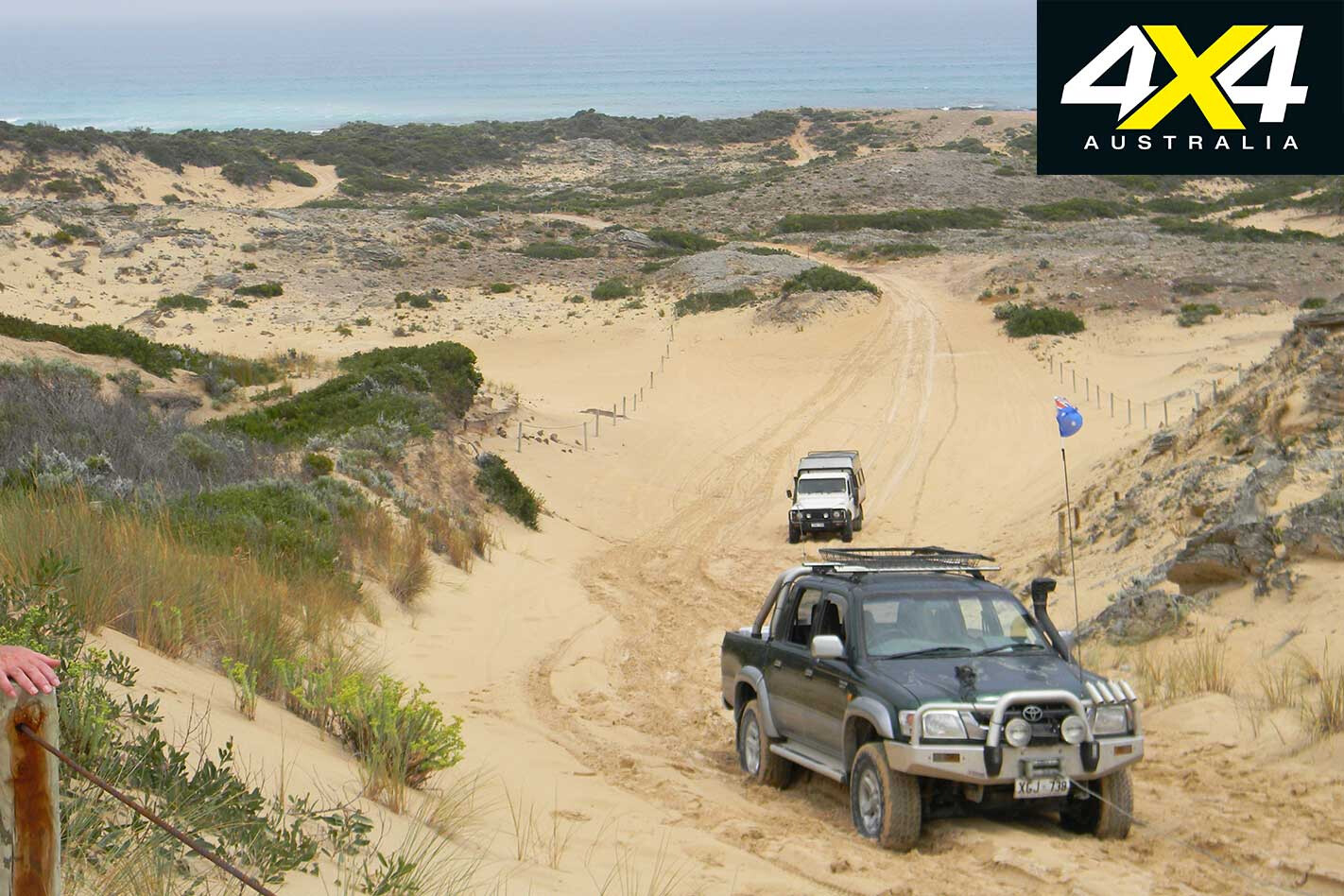 The cliffs, sea stacks and roaring ocean below make for a speccy intro to your weekend. Along with the expected beach driving, the park’s tracks will throw up other challenges including rocky sections and soft sand behind the beach dunes. Follow some of these and you’ll pass through small clusters of coastal wattle and other coastal tree species as you move east/southeast away from the beach itself.

Another great track is Bevilaqua Ford, with its undulating dune sections, that acts as a great link track to park highlights such as Khyber Pass, a collection of large sand dunes that are ‘solid’ on top, being capped by sandstone and petrified tree roots.

For keen bushwalkers the Seaview Hike is a must. This 12km trek takes you along the steep cliffs in the park’s north. You’ll spot plenty of wildlife here; sea birds are commonplace, plus dolphins, seals and – during migration – whales. 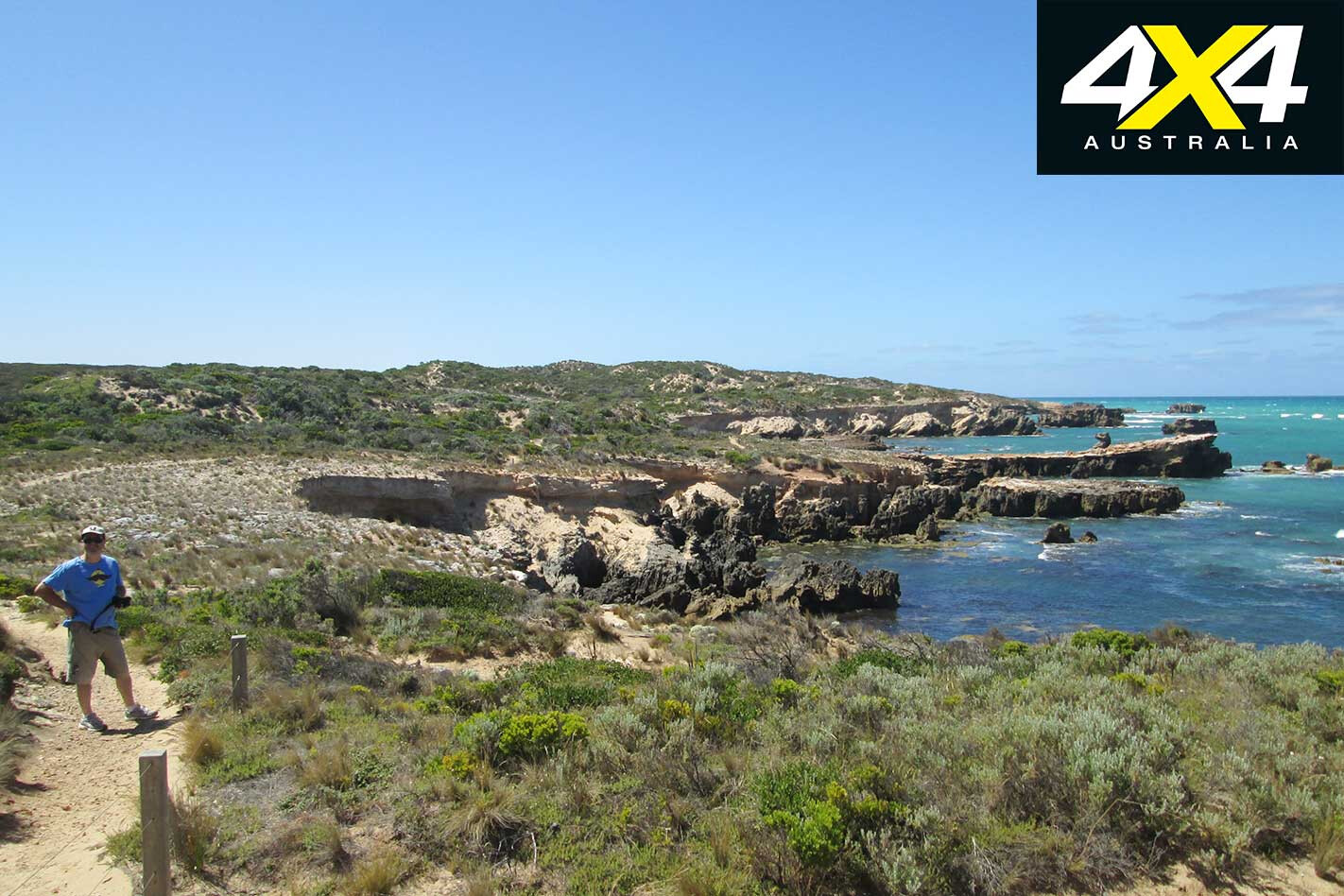 On land there’s every chance you’ll surprise a grazing wallaby or wandering echidna. For those looking to catch their own seafood meal, the beach fishing is excellent; mulloway and salmon are commonly caught off the beach here, while rock fishing may reward with sweep.

For divers – noting the bag limits – crayfish and abalone can be found along the many reefs offshore.

For a small, relatively out-of-the-way national park, Canunda packs a mighty big punch. As we mentioned earlier, it’s a longish haul for a weekend, but, snare yourself an extra day and it’s the perfect long weekend away.