Now in its second year under Steve ‘Chippa’ Tjepkema’s stewardship, the Outback Challenge is brighter, bigger and better.

With more than 20 competitive stages of varying duration, culminating in the final 10-hour, 180km-long Mad Max stage that starts and finishes at the iconic Silverton Hotel – it is undoubtedly the toughest and roughest test of crews and four-wheel drive vehicles in Australia; arguably, in the world.

The six days of competition includes terrain varying from the soft-sand ridge country between Menindee and Ivanhoe to the cloying mud of the Darling River overflow and the vicious rocks of the Barrier Ranges. Teams (driver and navigator) must be completely self-sufficient and rely on help only from within the competitor group, to avoid point penalties. 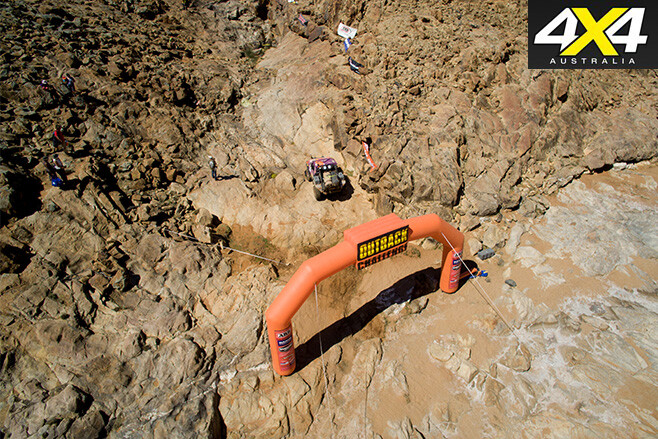 The final Mad Max stage this year also saw the participation of three Ultra4 four-wheel drive buggies and two Polaris RZR (side-by-side) RVs. There is talk of expansion to include more of these types of competition vehicles in future Outback Challenges – maybe even bikes and trucks.

Since its beginning in 1999, when it was fully supported by 4X4 Australia, the Outback Challenge has evolved from a fairly mild club-style competition with some ‘novelty’ stages to a serious and full-on navigation and extreme four-wheel drive endurance race – all thanks to the event’s reintroduction by Chippa in 2014, after a hiatus of three years. 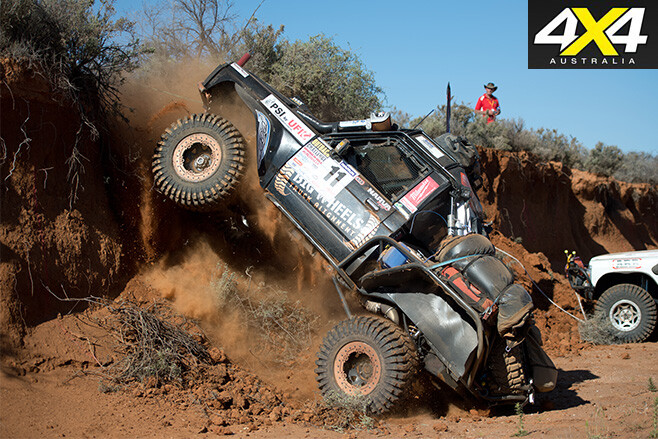 But what happens behind the scenes at an event of this proportion, and how does the Outback Challenge run efficiently? Like most forms of motorsport it relies heavily on a band of volunteer officials, many of whom were involved in the early years of the event as competitors. A few are locals, but many travel as far as the competitors do to participate.

They fulfil roles as varied as marshalling the various special stages, manning check points, guiding spectators, administrating proceedings, feeding throngs of fellow volunteers who support the event, and cleaning up after each special stage. 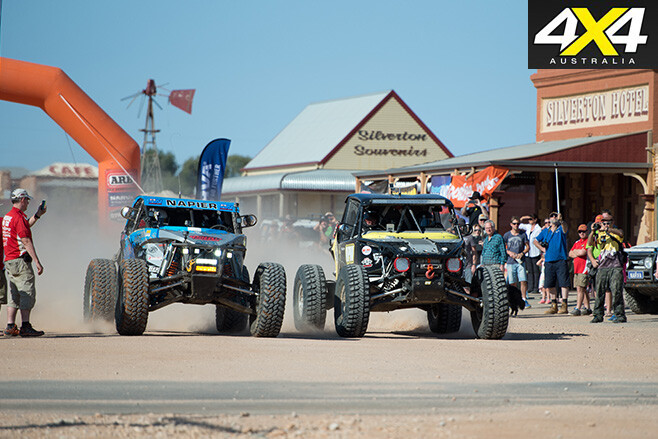 The people of Broken Hill in far-western New South Wales have always been behind the organisers, as have, in the past couple of years, the good folk of Silverton, just a little farther west.

The event generates plenty of interest among the locals, with the always-popular ‘Show and Shine’ event in town, Friday night’s ‘Stephens Creek’ stage, and the ‘Prologue’ all designed to be spectator friendly. 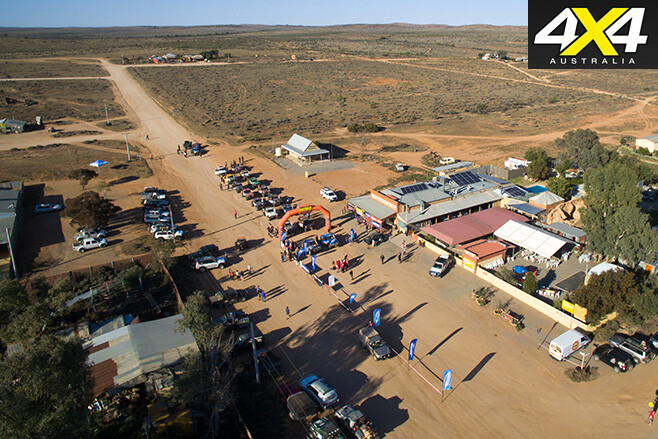 There is also a huge physical effort put in by Chippa to set up the courses, sometimes with a little help, but he often works alone many months ahead of the event. Small but important things like transporting the water pump for cleaning vehicles after the mud stages, organising the storage of competitors’ gear and car trailers, and setting up communications and a headquarters are some of the pre-event chores.

Many of the officials arrive days (some even up to a week) before the event starts and help finalise the setting up of special local stages, like the traditional Friday-night seeding run in Stephens Creek, and the Sunday prologue; both witnessed by many locals. Being ex-Outback Challenge competitors or competitors in other four-wheel drive events, these officials have the experience to set demanding and entertaining courses. Importantly, there is also negotiating to be done with the various property owners (of which there are many). It is paramount to have the co-operation of land owners, from Denien Station east of Menindee and Viewmont Station on the Darling to the rugged stations from Nine Mile to Mount Gipps, Poolamacca and Willangee. It is not uncommon to see station staff out and about to watch the action, a change from the daily station life. And what of the cars? They too have evolved from an eclectic mix of makes and configurations in the early years to the specialised CCDA (Cross Country Drivers Association) Challenge Class four-wheel drives used today.

Early OBCs featured (basically) standard vehicles with manufacturer’s seatbelts, slightly modified electric winches and no mandatory helmets (if memory serves, there was only one vehicle in 1999 with a V8 conversion). Tyres with a 35-inch diameter were considered big, and traction aids usually meant aftermarket locking diffs.

The advent of the CCDA has added much needed professionalism to the sport and has brought safety to the fore, with all competing vehicles required to undergo a log-book process and event scrutineering. Properly constructed rollcages, window nets, full harness belts, fire-suppression equipment, helmets and appropriate clothing are now mandatory. The most popular current choice of vehicle (by far) is the Nissan GQ; often cut from a short- or long-wheelbase wagon to a single cab ute. Running gear (in the way of axles) is generally modified Nissan gear as well, with cross-axle diff locks fitted.

Tyres in the Challenge Class can be up to 37.5 inches in diameter, while suspension (nearly always using coil springs) comes in for special treatment to allow fast travel over extreme terrain. Not surprisingly, a specialised small industry has emerged around the modifying, fitting and tuning of some very sophisticated shock absorber designs. 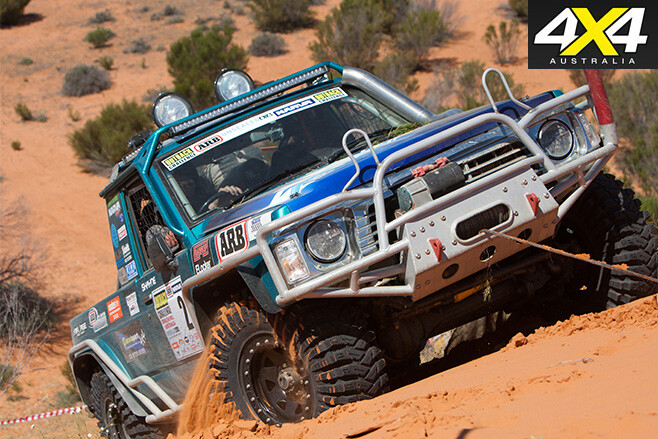 Winches are another highly modified item, with the Outback Challenge demanding plenty of use out of them. Winches are often the most expensive single item on a Challenge car and can even cost more than some engines.

The Warn high-mount configuration forms the basis for most electric winches, but performance is greatly enhanced by the addition of extra motors and stronger gearboxes, by running higher (24V) voltage and by using remote-free spooling and engagement under the control of the driver. Again, a small specialised industry serves to manufacture and supply the modified parts to build these winches.

Then there are the real winch specials. The victorious car this year used a highly modified 12,000lb Warn low-mount hydraulic winch. Powered by a variable displacement transmission pump from an excavator and controlled by a joystick in the cabin making it fully variable, it consumed up to 35hp and ran at speeds of 110 metres per minute under full load. 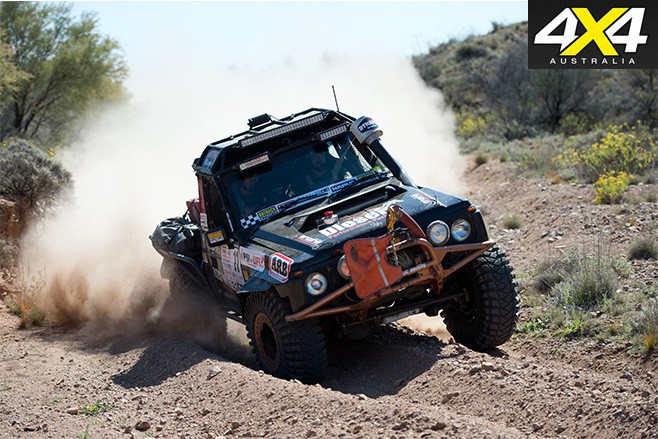 It needs to be said that all crews who enter the Outback Challenge are winners, whether or not they make it to the end. The preparation, the stress of hard yakka, the team work required (including remaining calm under stress), the disappointment at a breakdown turning to elation when re-joining the field, and, particularly, the camaraderie experienced by the competitors as a group, makes them all champions. 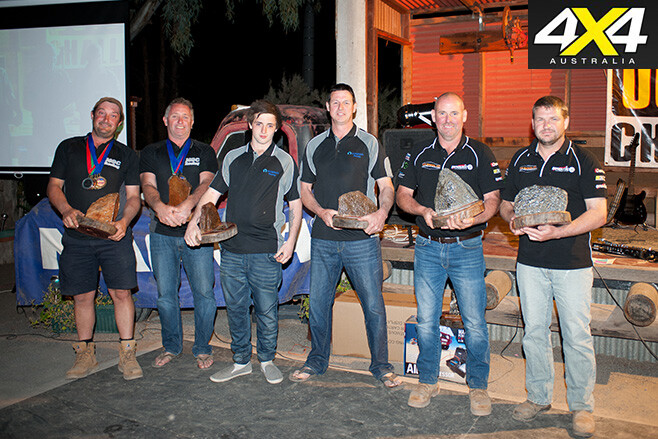 Yet at the end of the tough and challenging week, it was the well versed pairing of Chris Hummer and Neil Cooper who held the winner’s trophy high. This was the second year running that Hummer and Coops have won it after many years of competing in the OBC and always finishing second. We’ll bet that they’ll be back to defend their title again in 2016.

Keep an eye out for the 2015 OBC DVD that should be available around the time this goes to print. It’s the next best thing to being there yourself, without the dust, heat and flies.