Meat Cove is located close to the northern tip of Cape Breton Island in Nova Scotia, Canada, while the camping area of the same name is perched on the steep, rounded hills overlooking the bay, where jagged cliffs plunge into the cool waters of the North Atlantic Ocean.

It’s an impressive place, with gannets wheeling overhead and dolphins and whales cruising offshore, and it was one of the best camps we’d visited during our jaunt across North America. Our first four months touring America had been spent wandering the south-west, where we lost ourselves in the more remote country and environs of Nevada, Arizona, New Mexico and western Texas, before coming back into Utah, now our favourite state in the Lower 48.

The second phase of our adventure had seen us wander down into Mexico, savouring the delights of the La Ruta del Tequila and the Camino Real de Tierra Adentro, which was the first route traced by the Spaniards in America and ran between Mexico City and Sante Fe in New Mexico. We spent some time in the historic town and World Heritage Site of San Miguel de Allende, once an important part of the Royal Road, before heading to Mexico City. Our plan was to see the Teotihuacan Pyramids site, with its mighty Pyramid of the Sun and smaller but no less impressive Pyramid of the Moon, both dating back to 100BC. Along the way, however, we got involved in a parade of striking school teachers, while the next day we enjoyed a much more colourful and friendly gay-pride march… the unexpected delights of overlanding.

Turning north, we crossed back into the USA and the state of Texas, where we took a tour of the impressive King Ranch, which once owned sprawling properties in Australia and introduced, among other innovations, the Santa Gertrudis breed of cattle to northern Australia. 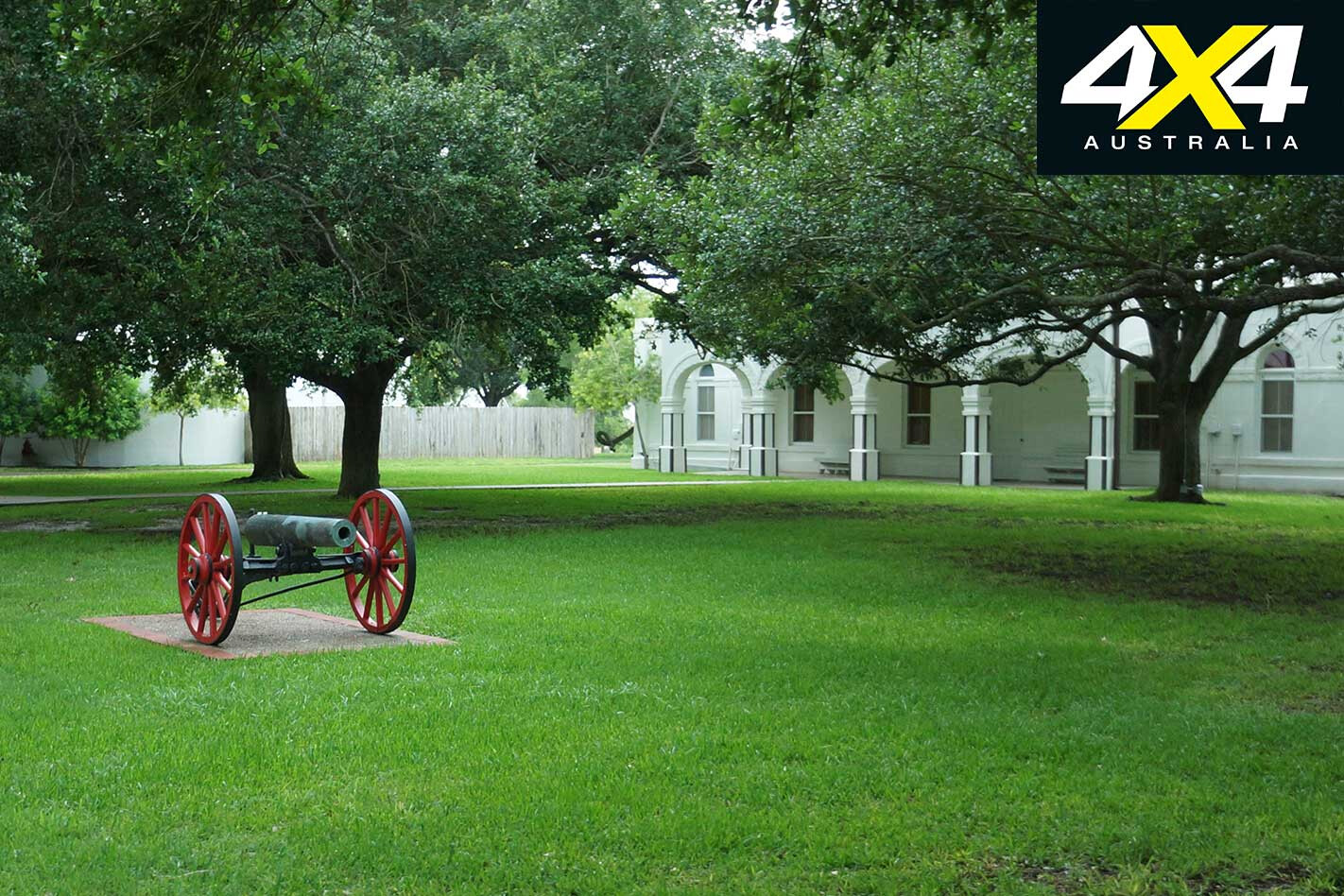 Still the biggest ranch in the USA, stretching across nearly 4000km², it runs 35,000 cattle and 200 fine quarter-horses, as well as vast areas of cropping and wilder areas for recreational hunting and birdwatching.

From our camp on the nearby Padre Island National Seashore, we poked our way through eastern Texas to Arkansas, Tennessee and the Smoky Mountains National Park, before heading along the Blue Ridge Parkway through the greenery of the Appalachian Mountains to Washington DC and its incredible monuments and museums. We also got to New York a week or so after leaving Washington DC via Gettysburg, but we could have easily bypassed the ‘Big Apple’. Glad to get away from the big smoke we headed to Acadia National Park and passed through four states in the one day – New Jersey, New York, Massachusetts and Vermont – before we found a pleasant camp in a state park surrounded by the verdant forests of eastern America.

The national park was crowded, so we pushed on to lesser-known and less-populated fields including West Quoddy Head, the most easterly point of the USA. It was a just a hop, step and a jump to Canada, and we headed to Nova Scotia’s gigantic tides in the Bay of Fundy, which even eclipse Derby’s mammoth water movements. We then stopped over at Prince Edward Island, where some of the biggest tuna on the planet can be caught and released under strict environmental controls. On our return the following year, we started our adventure with a camping foray to Meat Cove and then caught the ferry to Newfoundland and headed to the Cape Spear National Historic Site and the most easterly point of the North American continent, with the roads remaining blacktop all the way.

Swinging west, we stopped for a few days along the coast of Gros Morne National Park and its sheer-sided Western Brook Pond, which is a landlocked fjord reached by a mile or so wandering along a boardwalk and then a boat trip. On the northern tip of Newfoundland we discovered L’Anse aux Meadows, the only authenticated Viking village in the entire North American continent. 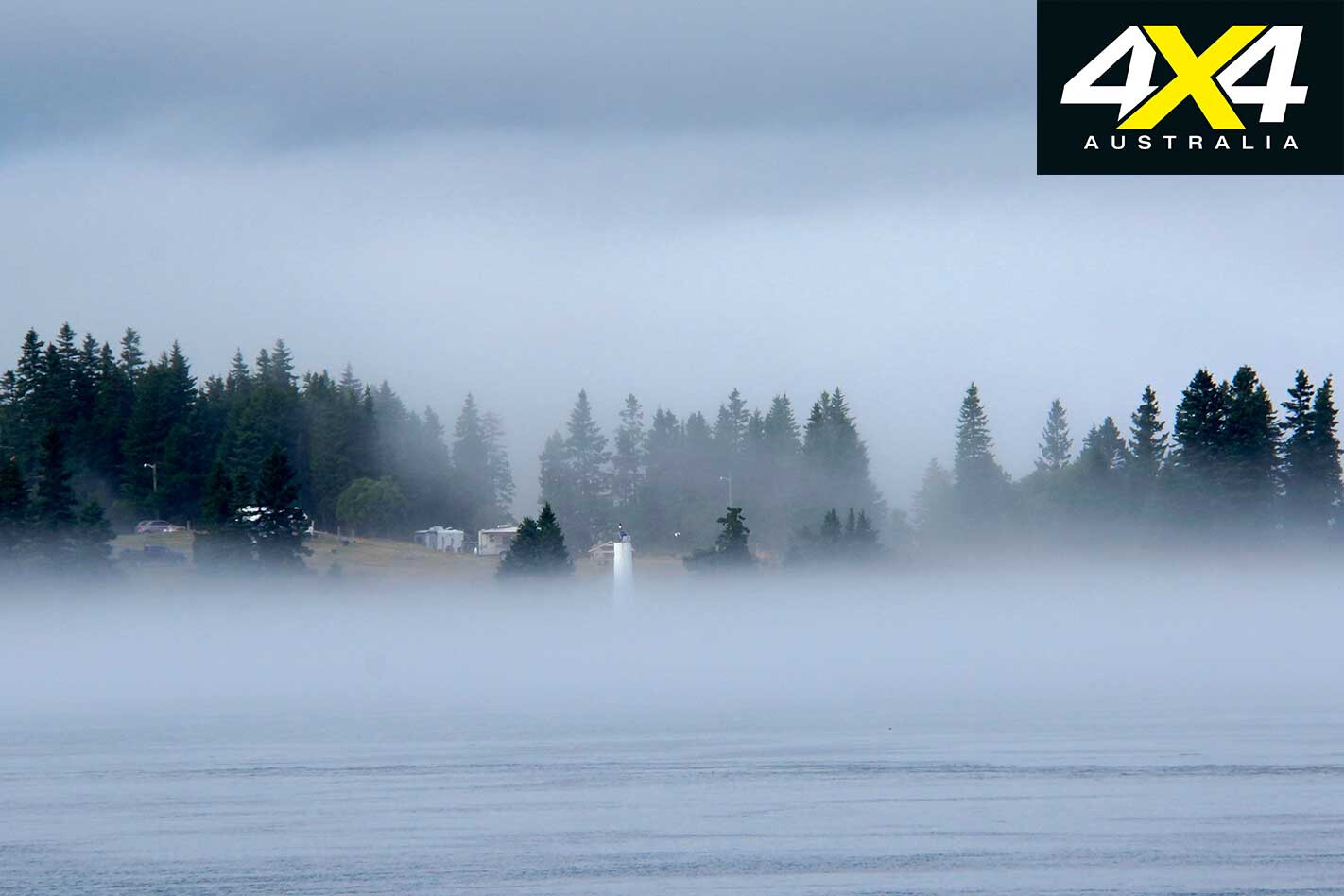 A ferry ride across the Gulf of St Lawrence landed in Labrador, and we took the long sweep of dirt and muddy road north and then west to Happy Valley-Goose Bay.

Things are changing rapidly in this remote part of the world, with a couple of hydro dams and power developments pushing a long, wide and sinuous power line through the virgin forest and across the bogs and marshes of remote eastern Canada to the more settled precincts of Newfoundland and Nova Scotia. The whole route from Blanc-Sablon, where the ferry deposits you in Labrador, to Goose Bay will soon be boring bitumen. 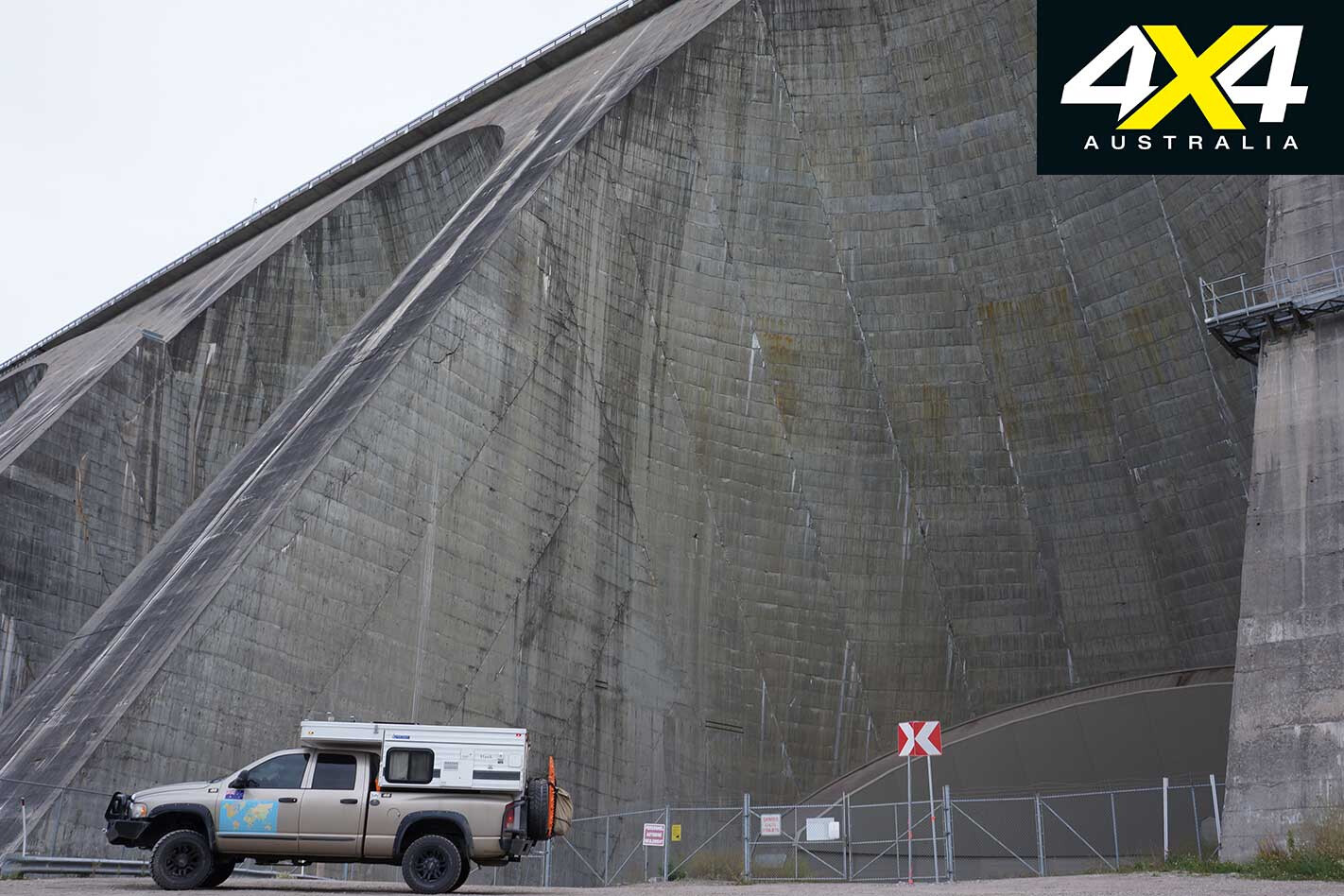 From the industrial-come-residential base of Goose Bay, we carved our way through the remote parts of Quebec, passing huge hydro dams and monster iron ore mines to the historic capital on the Saint Lawrence River – the old, walled town of Quebec being the only such fortified city in all of North America.

We enjoyed the old part of the city and its history, but Quebec and its French-speaking citizens are (it seems to us) a bit of an anomaly in the wider, vaster and more populated expanses of the country. With its French-only signs, language and customs it feels like a different country and, to be honest, we felt more like an outsider here than in any other Canadian province. Looking for quieter quarters we headed north from Quebec City and then west on roads used mainly by logging trucks, hydro workers’ pick-ups, or mining exploration vehicles.

At one lonely camp on the edge of a small nature reserve we had a black bear take an interest in our vehicle, waking us up in the middle of the night as he pushed the back end of the Dodge this way and that, before wandering off into the dark.

Passing over the great shoulder of Lake Superior, we crossed the border back into the USA and into Minnesota, finding the headwaters of the mighty Mississippi in the pleasant Lake Itasca State Park. Heading westward the next day in our quest to reach the USA’s most westerly point, we stopped for a quick photo at the Geographical Center of North America, in Rugby, North Dakota.

South of Lake Sakakawea, on a much-tamed Missouri River, we came to our first Lewis and Clark monument at a reconstructed Fort Mandan, where that great expedition had wintered in 1804-05. If you’re a fan of their travels and endeavours (like we are), this is one place not to be missed. For the next few days we wandered the Badlands in and around Theodore Roosevelt National Park, revelling being back in the ‘West’. We found dirt roads and rougher tracks to explore, uncovered more remote campsites, and enjoyed the local wildlife including bison, pronghorn antelope, mule deer and big-horn sheep.

Pushing ever onwards towards the setting sun we found ourselves among the high peaks of the Rocky Mountains, with the fabulous Glacier National Park to enjoy and then the Cascade Mountains, with their impressive Mt Rainier. We were lucky to fluke a day when it was clear and the mountain stood proud of its verdant surrounds of pine forest and tranquil lakes, with the fall (autumn) colours adding even more vitality to a splendid scene. Circumventing the built-up areas of Tacoma and its surrounds in northern Washington State, we soon found our way along the edge of Olympic National Park and skirted the rocky shores of the Strait of Juan de Fuca to the Makah Indian Reservation and the small community of Neah Bay.

Eight kilometres farther, a carpark marked the road’s end, and a 1km walk through Pacific temperate rainforest of tall and ancient Sitka spruce lead to the rocky, heavily indented coast at Cape Flattery. This is the most western point of the Lower 48 and it shares its name with Queensland’s Cape Flattery, both being named by that eminent navigator and explorer, Captain James Cook. 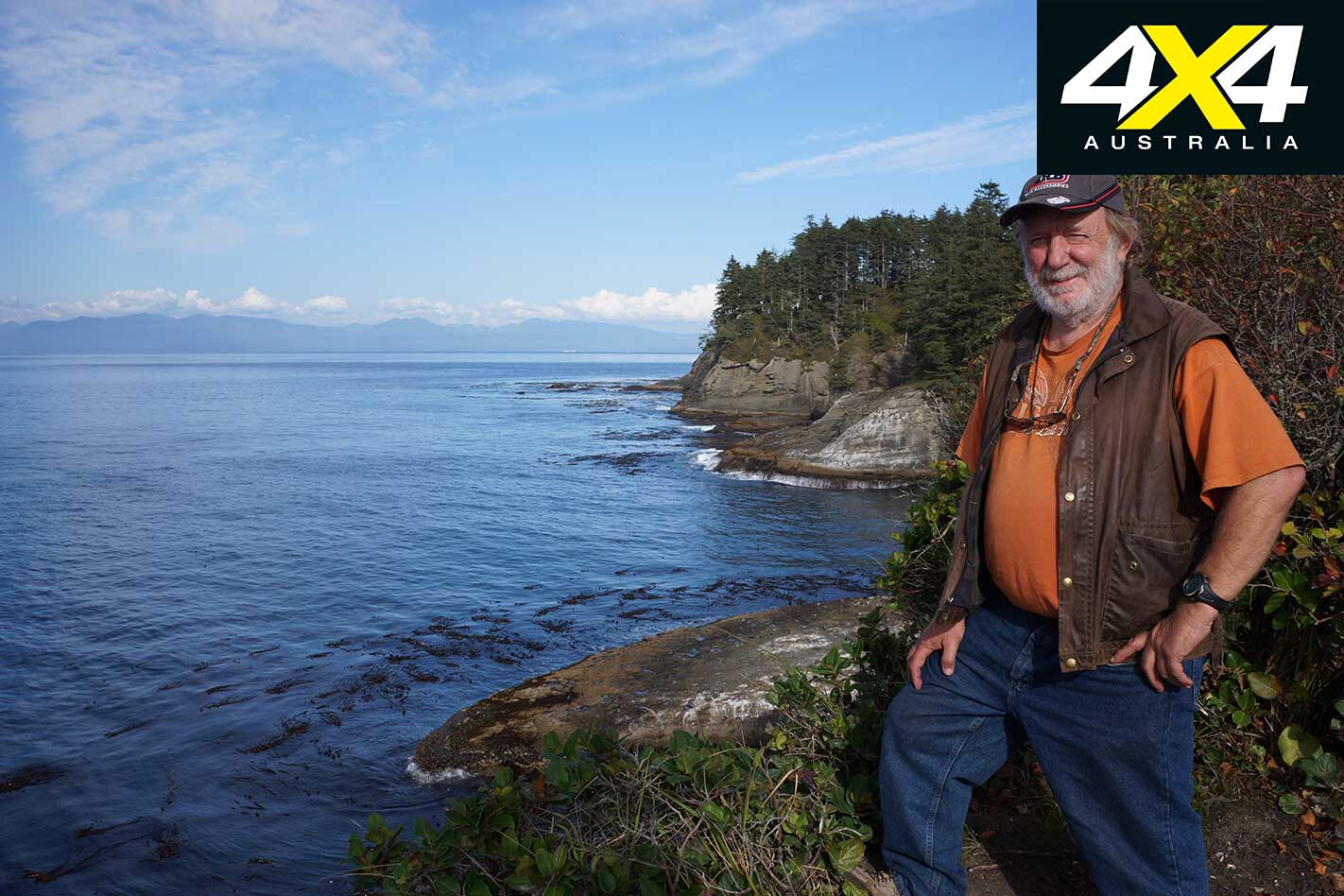 Turning south we found our way through the backwoods of Oregon and Idaho, camping on the mighty Snake River and well off the beaten track on the edge of the McGraw Creek Wilderness Area. For the next few days we wandered along the South Fork of the Payette River and then the Salmon River, before meeting up with the Snake River once more.

Our travels took us through national forests, national monuments and designated recreational areas, with the ever-changing country varying from rugged, snow-capped mountains to rolling plains and then verdant forests. Our overnight stays were in some magical, pinewood-shrouded campgrounds.

Crossing into Wyoming we headed for Grand Teton National Park, surely one of the most impressive landscapes on the planet. Jagged peaks with their sides slashed by glaciers rear up abruptly from the plains and make up the 65km-long Teton Range; the youngest mountain chain in the Rocky Mountains. Driving some of the back roads here – once again along the edge of the upper reaches of the Snake River – we came across large herds of grazing bison, wandering groups of elk, and small mobs of deer. With the backdrop of impressive mountains, it was pure magic!

Heading south through Colorado, our route always searching for dirt roads and lesser-used campsites, we crossed into New Mexico and camped under the towering bulk of Shiprock. The only sign of human habitation that evening was the light of a single farmhouse twinkling in the distance. We then climbed across a mountain range that topped-out at 2600m and, as we sidled over Buffalo Pass, the view across the plains back to Shiprock was stunning. 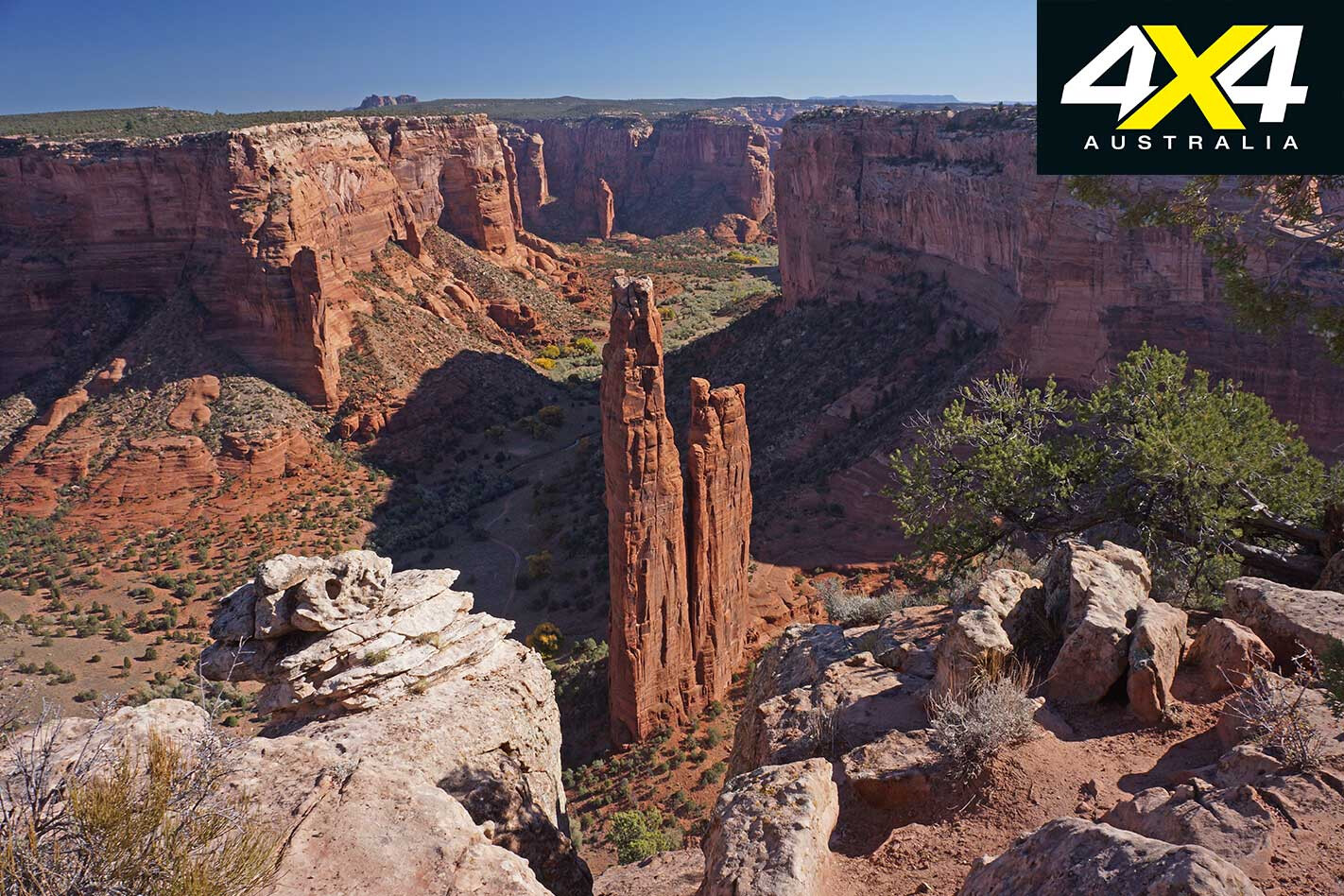 That evening we camped in the Cottonwood Campground of Canyon de Chelly National Monument, a park run by the local Navajo Indians. This sheer-sided, convoluted and long defile was the last stronghold of the Navajo when Kit Carson led a US Army detachment into the chasm to root them out in 1864. The tribes were relocated far away; ‘the Long Walk’, as it became known, a blot on Carson and the US Army that still lingers today.

A couple of days later we crossed the border to a campsite overlooking the little-known and far less-visited Coal Mine Canyon in north-eastern Arizona. It was a fitting end to our travels but, as we were placing the Dodge into storage for another year, we were already drawing up plans to return, our love affair for the ‘West’ barely sated.

Travelling in the USA and Canada is easy. Mexico is a little more difficult, with language, border formalities and police checkpoints being the greatest hurdles. However, it’s a relatively pain-free experience and more than worth the effort. 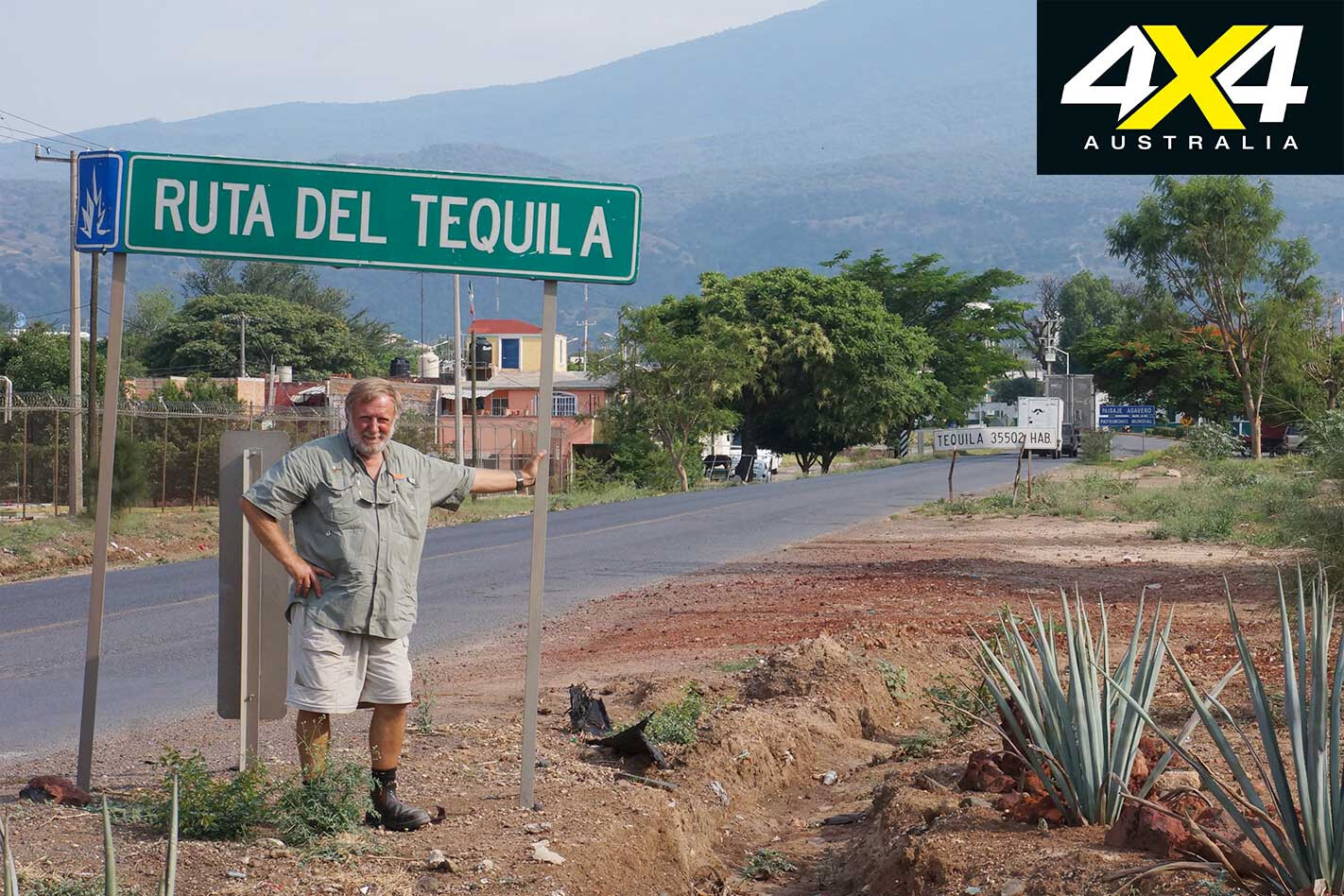 Hiring a vehicle or camper for travelling in the US and Canada is easy, with a lot of choice. If you want to travel in Mexico with it, you’ll need to check with the vehicle-hire company.

To buy a second-hand vehicle in the USA, check Craigslist in the city you want to buy it in. California is the most stringent state, with annual vehicle smog and safety checks. We bought ours in rural Arizona, which doesn’t have annual checks at all.