Thankfully, the visiting wildlife makes more successful landings than some of the historic nautical approaches to Port Fairy

THE historic seaside village of Port Fairy can be found on the Victorian coastline that’s also known as the Shipwreck Coast.

This article was first published in 4x4 Australia's September 2011 issue.

Conditions along this coastline are notoriously unpredictable and treacherous; the weather can change suddenly and huge swells can spring up with little warning. Numerous ships have been lost and incredible stories of bravery and self-sacrifice have been recorded. 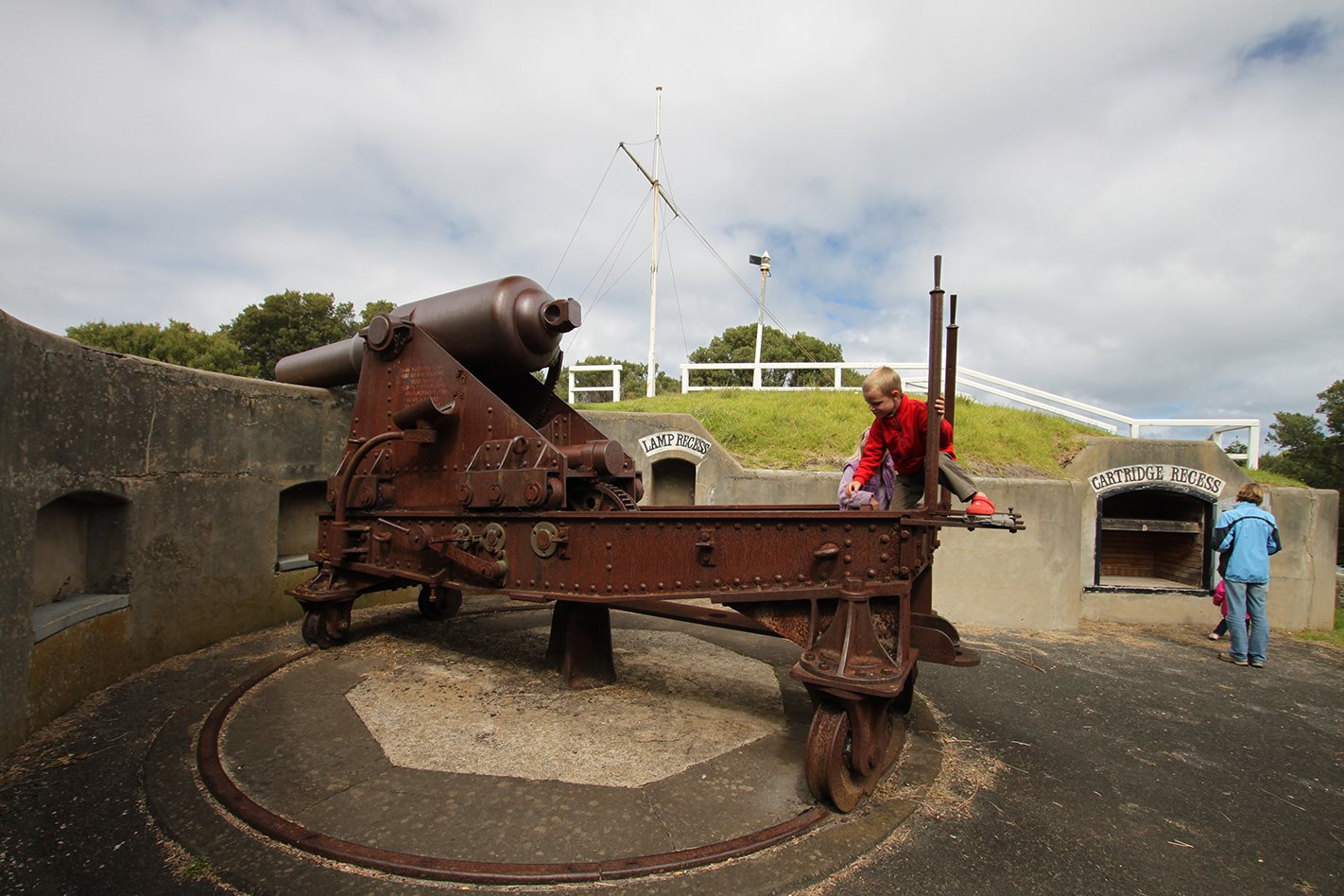 One of the most tragic shipwreck stories is the loss of the SS Casino. Over a period of almost 50 years, SS Casino made around 2500 trips between Melbourne and the western ports, including Port Fairy. On July 10, 1932, the ship was damaged while trying to dock at Apollo Bay in a strong south-easterly gale.

The captain then made for the beach, but the ship was rapidly taking on water and sank some 400m from the sand. Several Apollo Bay residents on the shore attempted heroic rescues at great personal risk. Nine people were saved from the raging surf, but ten were lost, including the stewardess who had fitted life jackets to her passengers but did not have time to fit her own.

The propeller and bell of SS Casino now form a memorial at King George Square in Port Fairy, and the ship’s wheel is displayed at the Apollo Bay Hotel. Port Fairy also has a lighthouse which is situated on Griffiths Island and a two-hour walk will take you right around its circumference. 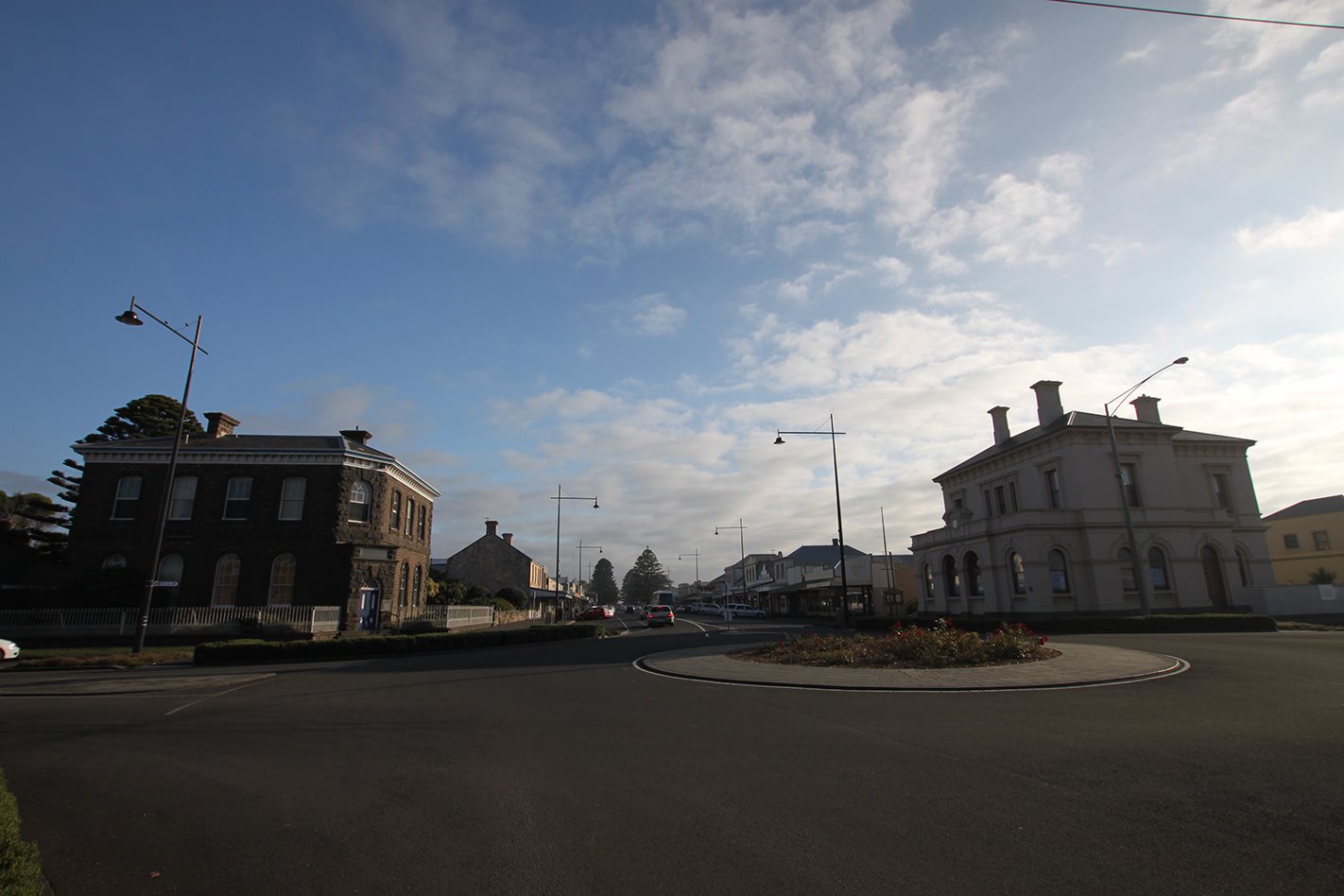 The island is home to swamp wallabies and a large colony of mutton-birds. The birds arrive in September after an amazing 15,000km migratory flight from the Aleutian Islands, near Alaska. They nest in burrows beneath tussocks in the sand.

From late September to mid-April, masses of silhouetted birds can be seen at dusk as they return to their burrows from their daily feeding trips. Hugh Haldane was the lighthouse keeper on Griffiths Island in the early 1930s. He lived in one of the keeper’s cottages with his wife and two sons.

Life was isolated with big seas making it difficult to get in and out of the lighthouse and sometimes cutting off the island altogether. Hugh would get a year’s supply of firewood in one hit and only go into town for provisions once a month. Today, the lighthouse is still operational on wind and solar power, but the cottages were demolished in the 1950s. 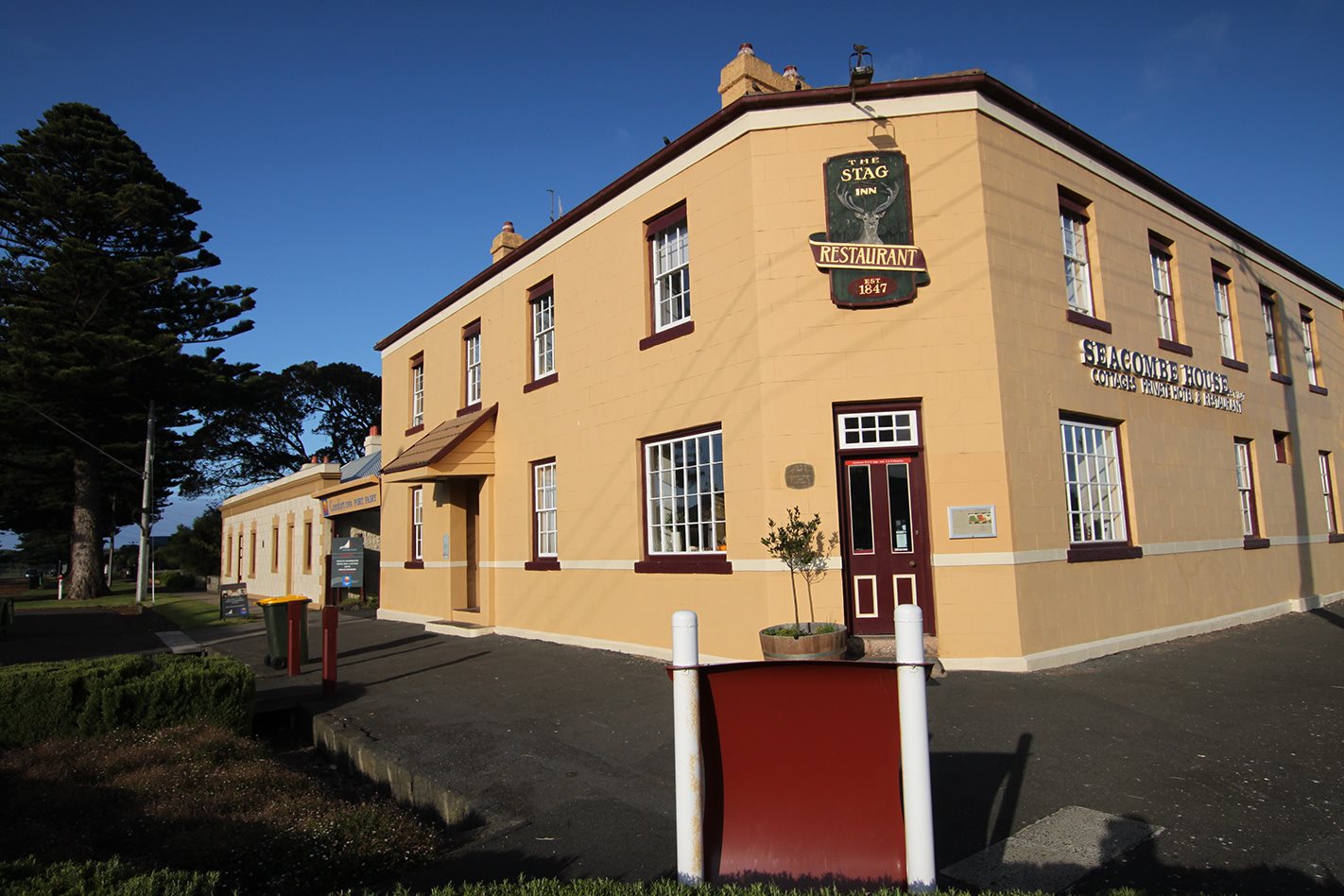 Locals describe Port Fairy as “magic” and it isn’t hard to see why. The many 19th century buildings are evidence of an era when business was thriving and the port was the second busiest in Australia. The wharf is a wonderful place to relax and, of course, enjoy the best fish and chips.

The Norfolk pines and colonial buildings form a picturesque backdrop to the tranquil waters of the Moyne River. For a bit of mystery, you can take the Mahogany Walking Track and maybe become the one to solve the mystery of the Mahogany Ship.

In 1836, two men succeeded in reaching the shore after their sealing boat capsized in the surf near the mouth of the Hopkins River. They walked back along the coast to Port Fairy and reportedly found the wreck of a vessel which they thought was Spanish, because of the colour of the timber. 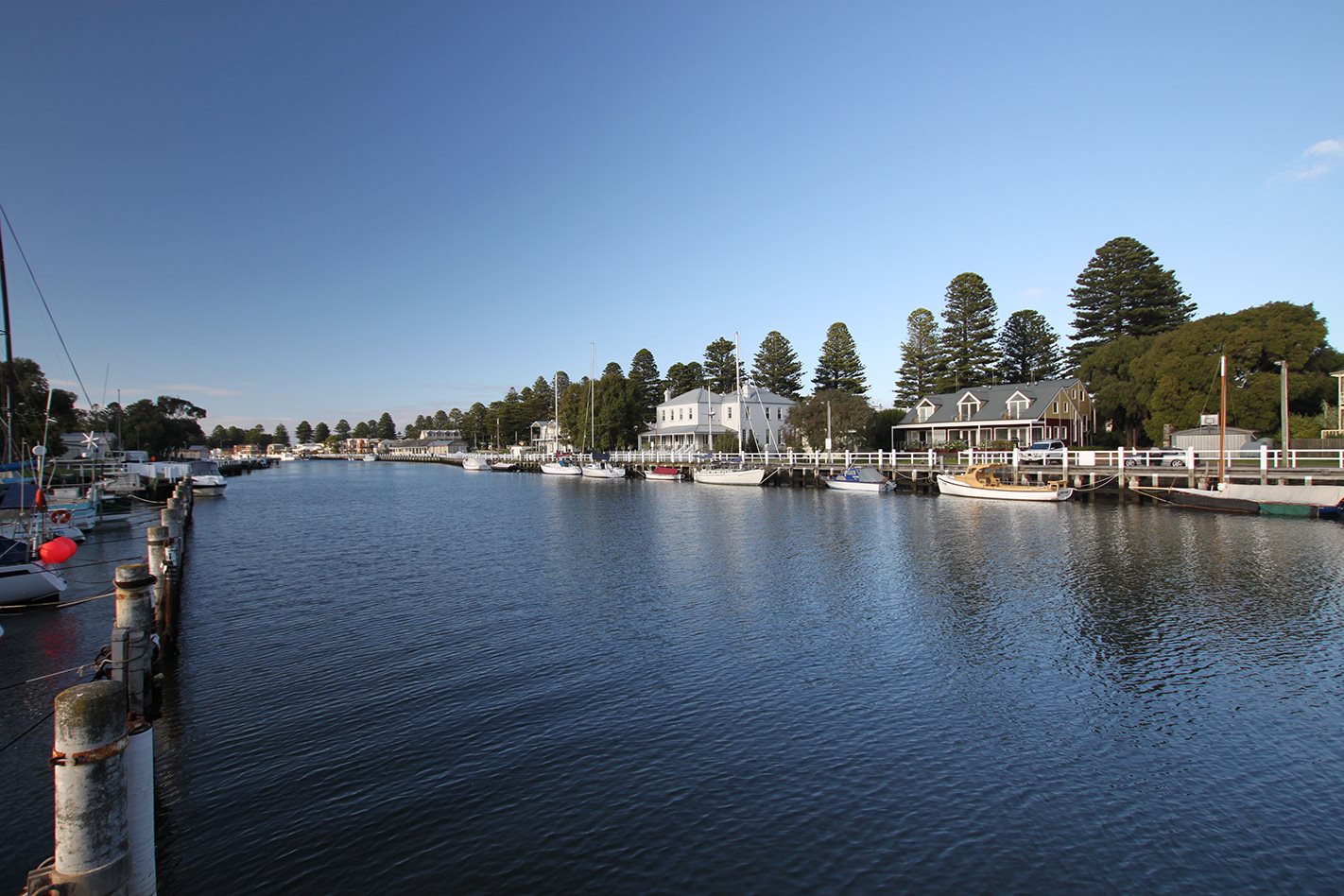 The discovery was reported to the harbour master, Captain Mills, who took bearings of the wreck and alerted the appropriate authority. This is just one of many sightings of the Mahogany Ship between 1836 and the early 1890s. However, it is suspected that during this time the wreck was covered by drifting sands and it has never been found.

Some believe that the Mahogany Ship was a Portuguese caravel captained by Christopher de Mendonca, lost in the early 1500s. If this is the case, it may prove the theory that the Portuguese visited Victoria’s coastline 250 years before James Cook laid claim to the continent.

For a weekend of magic, pay a visit to Port Fairy. It’s one of those quintessential country towns with an old pub on every corner still offering true hospitality. And if you do stumble upon the mysterious Mahogany Ship, let me know!

WHERE
Port Fairy is 28km west of Warrnambool in south-west Victoria.

GETTING THERE
Port Fairy is on the coast and accessible via the Princes Highway.

CAMPING
There are seven caravan parks in Port Fairy. Southcombe by the Sea Caravan Park is closest to the ocean with spacious and grassy campsites. It is open between early December and the end of April. Bookings are necessary during school holidays and long weekends (southcombe@portfairycaravanparks.com).

WHAT TO BRING
Port Fairy has a large IGA supermarket as well as a butcher and a bakery – not to mention the many wonderful coffee shops and restaurants.

THINGS TO DO
Walk around Griffiths Island and visit the lighthouse, take the historic walk around Port Fairy, enjoy fish and chips at the wharf, be amazed at the cannon and gun position relics on Battery Hill, take a stroll along the beach and spoil yourself with a cuppa and cake in one of the many cosy coffee shops. 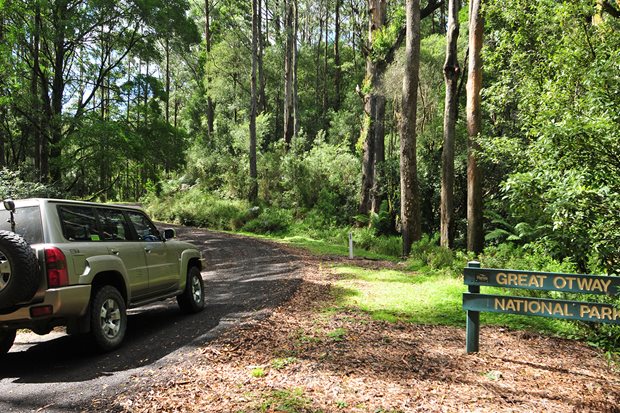 Tracing the coast south-west from Melbourne leads to the magnificent Cape Otway. 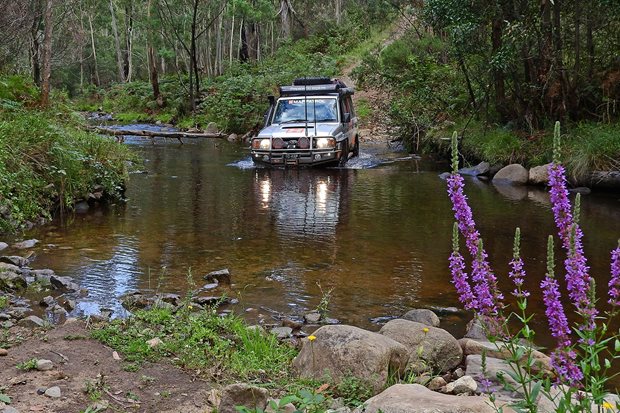 The Ingeegoodbee Track in Victoria’s High Country, just south of the NSW border between the Snowy River and Tom Groggin, proves that anything good in life is usually never easy. 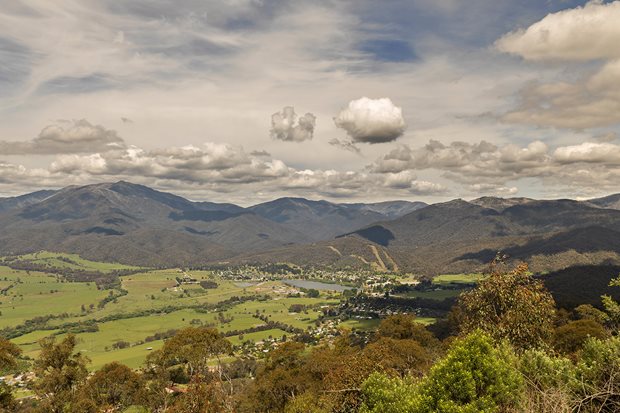 Falls Creek in the Victorian High Country is best known for its skiing, but it’s also a great place to visit once the snow has melted. 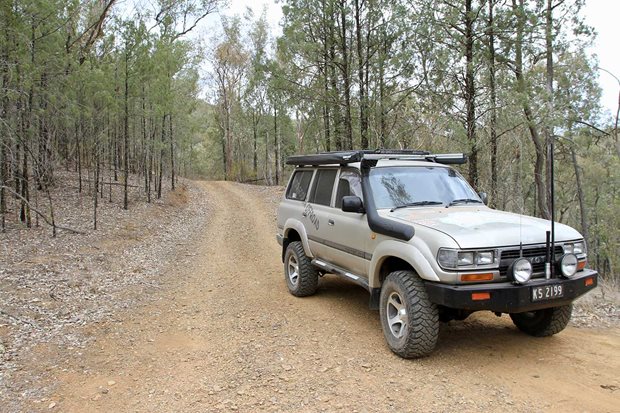