As more Australians chose a dual-cab as their main car, the once humble ute now has to be more versatile and multi-purposed than ever before, and sporty recreation vehicles are the latest trend at the pointy end.

The Nissan Navara N-Trek Warrior, Toyota Hilux Rugged-X, HSV's Sportscat and, of course, Ford's mighty Ranger Raptor all compete for a share of the freedom machine market, with the promise to take you and your kit wherever you want regardless of the pastime or place.

Some offer exceptional off-road ability, others have gigantic towing and load bays, while contenders such as the Volkswagen Amarok V6 bring massive engine outputs to the table too.

But a tongue-in-cheek concept created by Ford 50 years ago was a curiously prophetic flash of today's unique landscape.

Read next: Could this Holden have stolen the Camaro's thunder?

Actually, the 1969 Ford XW SurfeRoo deserves more than the label of mere concept as it evolved beyond one-off show-model into a production vehicle - albeit with a manufacturing run of just three.

The extremely limited batch was created to tour motor shows but, unusually for such a promotional tool, they were later put up for sale in dealerships for what seems a very reasonable $3000 (about $35,000 in today’s money). Can you imagine what Ford would ask these days for one of just three Australian-made show cars?

Also, unlike other rare and ageing cars, the whereabouts of all three are still known. If you were lucky enough to be in the right place at the right time, a budget nudging $100,000 might just snare you an example. 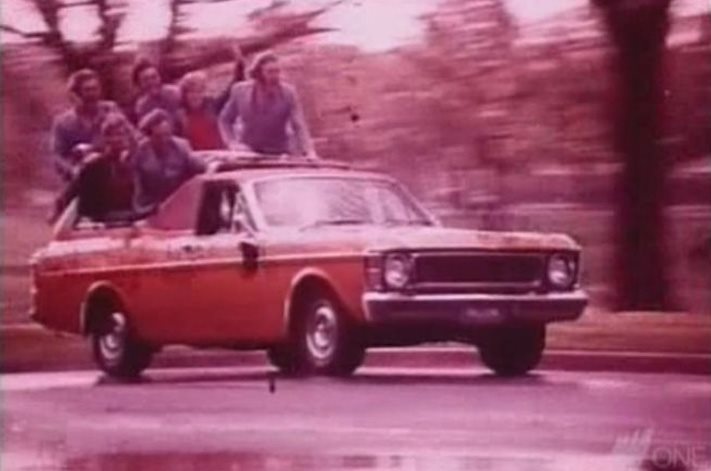 What would Ad Standards have to say about a modern day Ford ute commercial that features seven people riding in the back unrestrained?

It may appear to be just a bit of fun, but the show cars were actually created to gauge public interest in a more recreationally focused version of the Falcon.

Its name was a play on the moniker of the XW Falcon GT 351 Super Roo of the same year. While many American muscle cars of the era were decorated with cartoon mascots, the SuperRoo had a kangaroo with spinning wheels instead of legs and the SurferRoo continued the parody with a board-riding macropod.

The key feature for the special Falcon concept is its ute tray and massive spoiler, which appears to be a reversed version of the wing found on the boot of the Plymouth Superbird – also introduced in 1969 – and a model personified by the Warner Bros cartoon Road Runner.

Actually, the spoiler was not an aerodynamic feature but worked in conjunction with a second smaller roof-mounted blade above the cab, which enabled surfboards to be carried flat without compromising load space in the ute tray.

The exact XW variant that lent the basis for the SurfeRoo remains a mystery, as engineers at the time simply plucked a model from the manufacturing lines and got to work, but the standard Falcon or Falcon 500 are the most likely candidates. 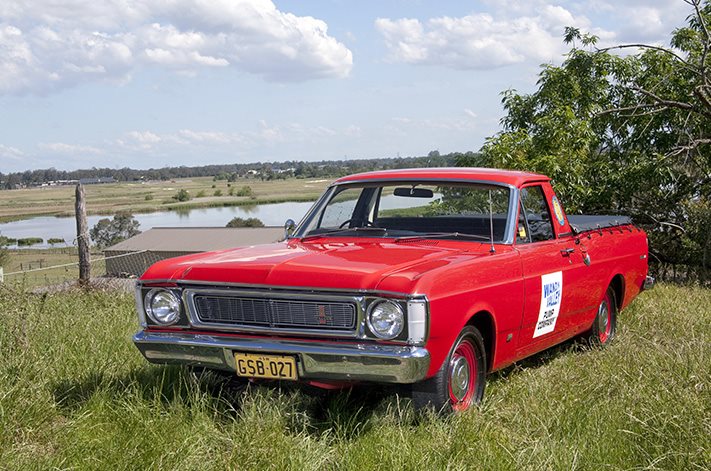 Significantly though, power was courtesy of a 5.0-litre V8 (302 Windsor) and torque was fed to the rear axle via a four-speed transmission for the pick of the performance powertrains in Ford's arsenal. Pun fully intended, the SurfeRoo was sporty across the board.

In its tray, the load area was decked out – quite literally – with timber boards flanked by fibreglass seats, while its interior was the Fairmont specification of the day, which meant adjustable sports seats and steering wheel and the ‘rally pack’ dashboard.

Ironically though, initial interest in the car was deemed as less than satisfactory and the concept of a more practical Falcon was shelved.

That decision left the surf-inspired arena unoccupied and arch rivals Holden swooped on the opportunity in 1974, introducing both a special ute and a panel van twin that would wear the now iconic Sandman moniker.

It would take Ford (and Valiant) another three years to see sense and launch a competitor with the Falcon Sundowner van and Chrysler Drifter respectively.

Read next: Holden resurrects the Sandman

Many years later though, the world has moved on from once popular panel vans and wagons into a new era of one-tonne utes for every occasion. It would appear that had Ford quite accurately identified what its customers wanted with the fabulous SurfeRoo - it was just five decades too early.