Brains may be invaluable for all that cerebral stuff, but for a purely visceral hit, brawn rules, so take your pick from 25 of the best heavy-metal heroes of the last 50 years.

Brains may be invaluable for all that cerebral stuff, but for a purely visceral hit, brawn rules, so take your pick from 25 of the best heavy-metal heroes of the last 50 years.

First published in the April 2012 issue of Wheels magazine, Australia’s most experienced and most trusted car magazine since 1953.

Back in 2001 few Aussie muscle cars better cleared slow drivers from the fast lane than a ‘T3 stroker’. The hard-edged V8 howl and jutting Coulthard-esque jaw had dithering Camry and Corolla drivers driving for the scenery.

The T3 was the culmination of the short-lived Ford Tickford Experience (FTE) that had launched in 1999. The brand was supplanted by FPV three years later after a series of disappointing models, and the T3. 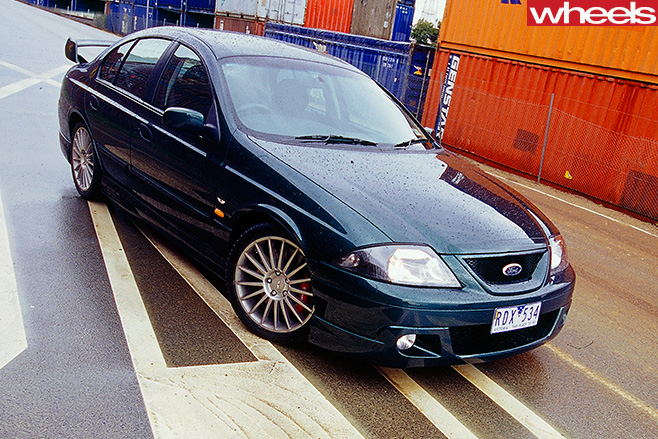 The heavy-duty five-speed manual was stirred slowly via an oversized and roughly-stitched gearknob. Executing a fast two-three shift was like throwing a punch… and one of the reasons the TE50 never recorded acceleration times to match the sound and fury of the engine. Wheels’ best was 0-100km/h in 6.0sec and 0-400m in 14sec flat, while sister mag Motor got 5.9 and 13.9 out of its long-termer after 15,000km.

The Pontic GTO started the muscle-car era, and the Ford Falcon XR GT gave Aussies their first taste of it. But the muscular 1968 300 SEL was essentially the first AMG product, and it ignited a German power war that today has culminated in the 412kW BMW M5, 410kW Porsche Panamera Turbo S and 410kW Mercedes-Benz E63 AMG. 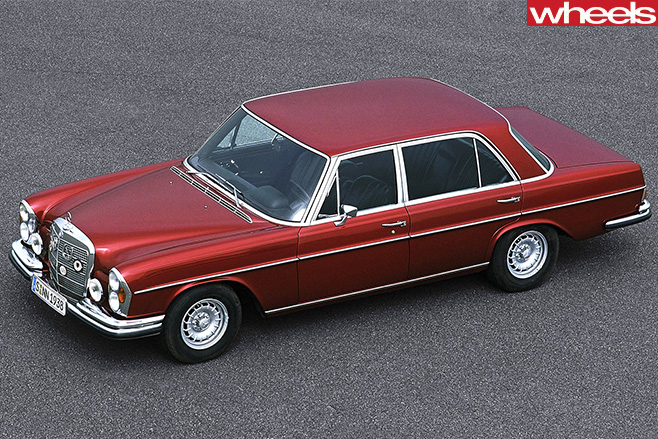 The idea behind the 300 SEL was the same terrific engineering principle that is alive in today’s hot hatches: take a small(er) car and stuff it with a great big engine. Merc’s Bosch-fuel-injected M100 6.3-litre V8 powered the 600 Pullman and Grosser limos of despots and dictators around the world, but when fitted to the W109 S-Class, it created a whole new class of German muscle car. The claimed 184kW seemed a bit modest, especially in light of 6.2sec 0-100km/h times and GT-HO busting 14.2sec quarters.

Having first appeared on the 1968 HK Monaro, the GTS badge certainly wasn’t new to Holden fans when HSV first slapped it on a VP 20 years ago (itself a mild reworking of the VN SS Group A – see p 92). HSV then built a GTS in every series of Commodore from VP onwards, including 5.7-litre stroker in VR, VS and VT Series I. 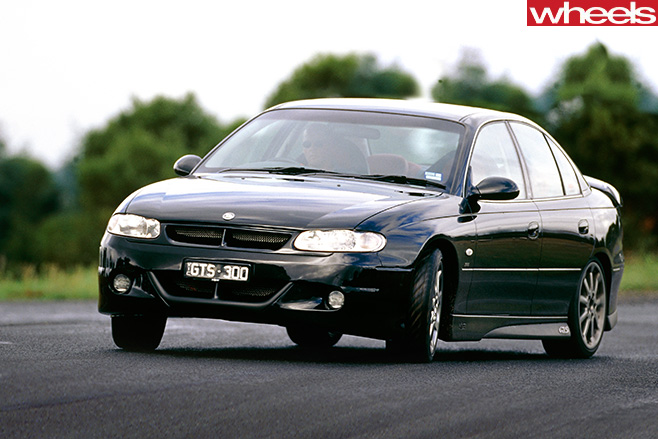 But with the death of the iron-block Holden V8 in favour of the all-alloy Chevrolet Gen III small-block, the Series II VT GTS (and Clubsport and Commodore SS) of 1999 marked a dramatic shift. Commodore SS and Clubsport used the LS1 Gen III, but HSV spent up big on the C4B version from Corvette tuner Reeves Callaway – each engine was rumoured to have cost $22K. With 300kW, the 5.7-litre V8 produced 70kW more than the Series I VT GTS. It was the first time an Aussie-built car made more power than the 1971 Falcon GT-HO’s unofficial 280kW.

Like all GEN III V8s, the Callaway C4B isn’t one of the all-time great engines, but it set HSV on a path that would culminate in the 7.0-litre W427 (p101). And it gave Holden fans a decade of power bragging rights.

Launched first as an option pack in 1964, then as its own model in 1966, the Pontiac GTO (p100) is considered by most people the father of the muscle car. Though half a world away, it didn’t take us Aussies long to catch on to the trend. The 1967 XR GT is our godfather of grunt and its emphatic 1-2 victory at that year’s Gallaher 500 at Mount Panorama set the ‘Win-on-Sunday, sell-on-Monday’ mantra that was used by Ford and Holden (and briefly Chrysler Australia) through Improved Production, Group C and Group A touring car racing. 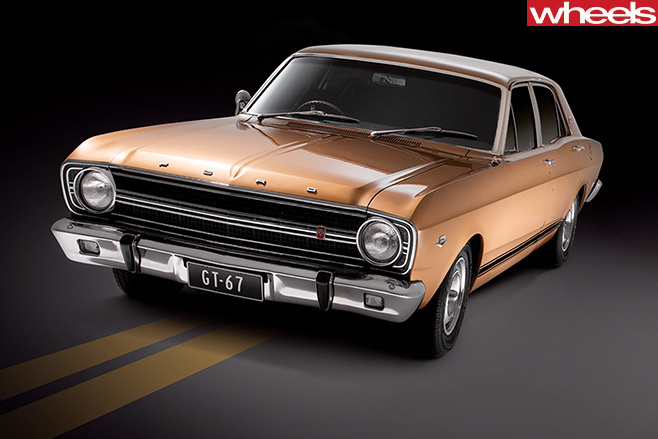 The road car was based on a police pursuit pack with higher compression for the now-168kW 4.7-litre V8 and an exotic-for-the-time four-on-the-floor manual. Wheels recorded a 16.5sec quarter, 2.5sec quicker than Holden’s six-pot HR 186S.

When the 1972 'Supercar scare' killed off the Phase IV Falcon (four of which were built) Ford was left holding a bunch of go-fast parts with no home. Enter the non-publicised XA GT with Regular Production Option (RPO) 83. While the RPO was the hottest thing in the Ford catalogue, it's not strictly a Phase IV by another name. 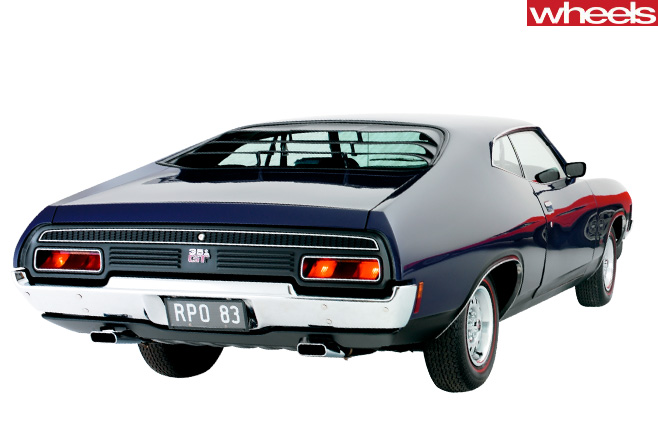 Sure, the 259 RPOs built (129 sedans, 130 Hardtops) got the 780cfm Holley carby and exhaust manifolds that had been destined for the Phase IV, but they didn't get the hot cam, valve mods and finned sump. Some RPOs came with four-wheel discs, to homologate the better brakes for Bathurst, as did all XA GTs by the end of the production run.

Phase IV or not, the XA GT won Bathurst in 1973, giving Allan Moffat his third victory there. Forty three Yellow Glow RPOs were built, split across both body variants, making it the most common colour of a car rarer than the Phase III (only 300 of which were built). Only one example each (whether Hardtop or sedan) was Ansett Blue, Brambles Red, Corporate Blue, Repco Green, and Sogo Port Wine.