THE LEGEND surrounding Subaru’s Impreza WRX STI 22B is so big it’s easy to forget the brand made anything else as great. But the 2007 Impreza WRX STI Spec C RA-R stressed its importance almost in the length of its name alone.

This model began with an STI Spec C (which stood for ‘Competition’) that already came with lighter glass, a thinner roof, a water-spray system for the intercooler, no sound deadening and a hatch in the roof for when the air conditioning was off. The radio was ditched as well.

The RA-R then used the Japanese-market’s special STI-tuned 2.0-litre EJ20 turbocharged boxer engine, fitted with a ball-bearing twin-scroll IHI turbo that helped it deliver 235kW at 6400rpm and 431Nm at 4400rpm. A new ECU set the redline at 8000rpm, and it howled through a titanium exhaust. You also shifted through the six-speed manual transmission with a unique gear knob.

Thanks to a relatively light 1390kg kerb weight, which was 105kg lighter than the 2.5-litre Australian WRX STI of the time, acceleration was reportedly rapid, but what the all-paw RA-R craved were roads more winding. 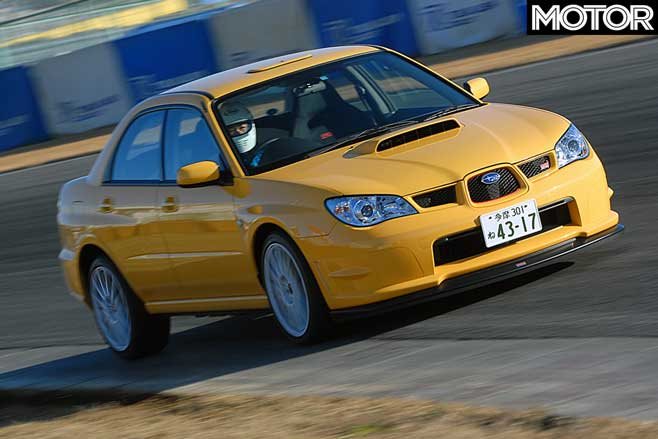 Its suspension was 15mm lower than the already capable Spec C’s and fitted with every STI option available, including multiple braces and pillow-ball links. Its dampers and springs were upgraded too, while the front brakes were full-blown six-piston Brembos that clamped two-piece grooved discs. Bridgestone supplied 235mm-wide RE070 rubber that wrapped around 18-inch Enkei wheels.

Pink detailing around the centre grille and a special front lip helped identify the model, but unfortunately few were treated that chance. Subaru made 300 only for the Japanese market, in yellow, blue and white.

Back to school with  Fast Car History Lesson 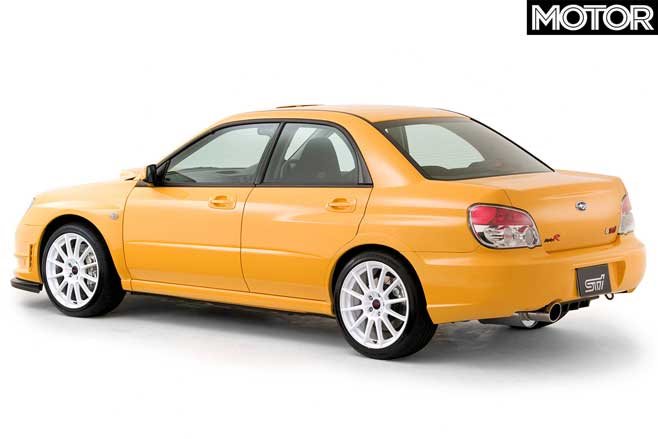