A smokey afternoon in the HSV GTS Maloo

Gallery: Revel in these gratuitous glamour shots of HSV’s tyre-destroying supercharged ute flagship doing what it does best.

I FOUND it lurking in a dark corner of our magazine production drive. An innocent looking folder labelled “Maloo GTS” that held photographic evidence of one of the best afternoons I’ve ever had at Wheels: the time I took an early example of the HSV GTS Maloo for a smokey mountain blast.

At the time it was Australia’s fastest and most powerful ute (it’s since been trumped by the 435kW/740Nm GTS-R Maloo) and as you can see from the images, shot by snapper Cristian Brunelli, the Maloo had no trouble turning its chunky 275/35R20 rear Continentals into fluffy white clouds of tyre smoke. 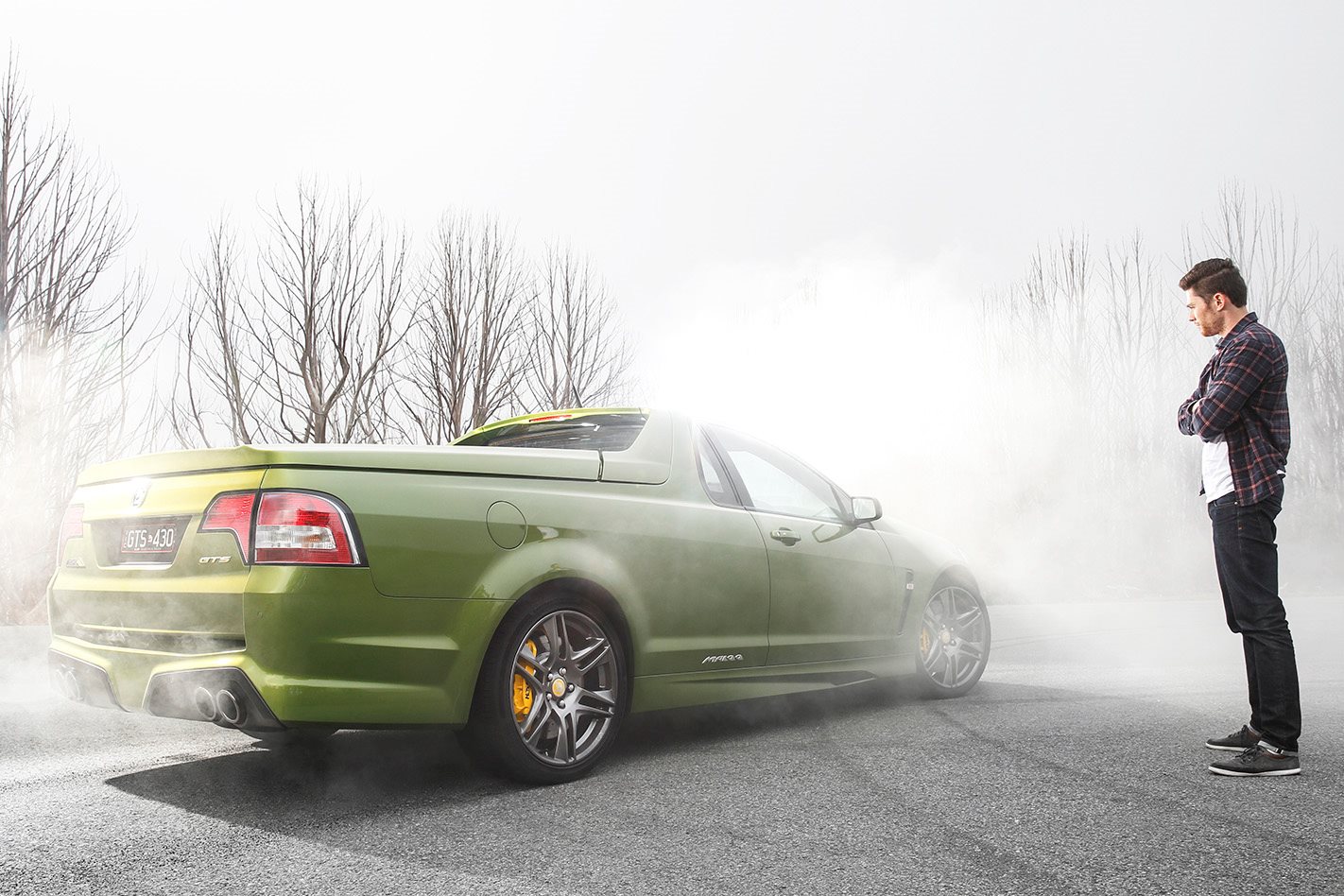 I’ve included my full review from November 2014 below, but this sideways jaunt wasn’t the only adventure I had in the Maloo GTS. A week later I grabbed it once again from HSV’s Clayton HQ for an overnight hike from Melbourne to Sydney where Top Gear host Chris Harris and an empty Sydney Motorsport Park were waiting. Luckily I’d thrown an extra set of rear boots in the tray.

Oh, and Harris’s opinion on the Maloo GTS? “This thing is hilarious! It’s just mental!” 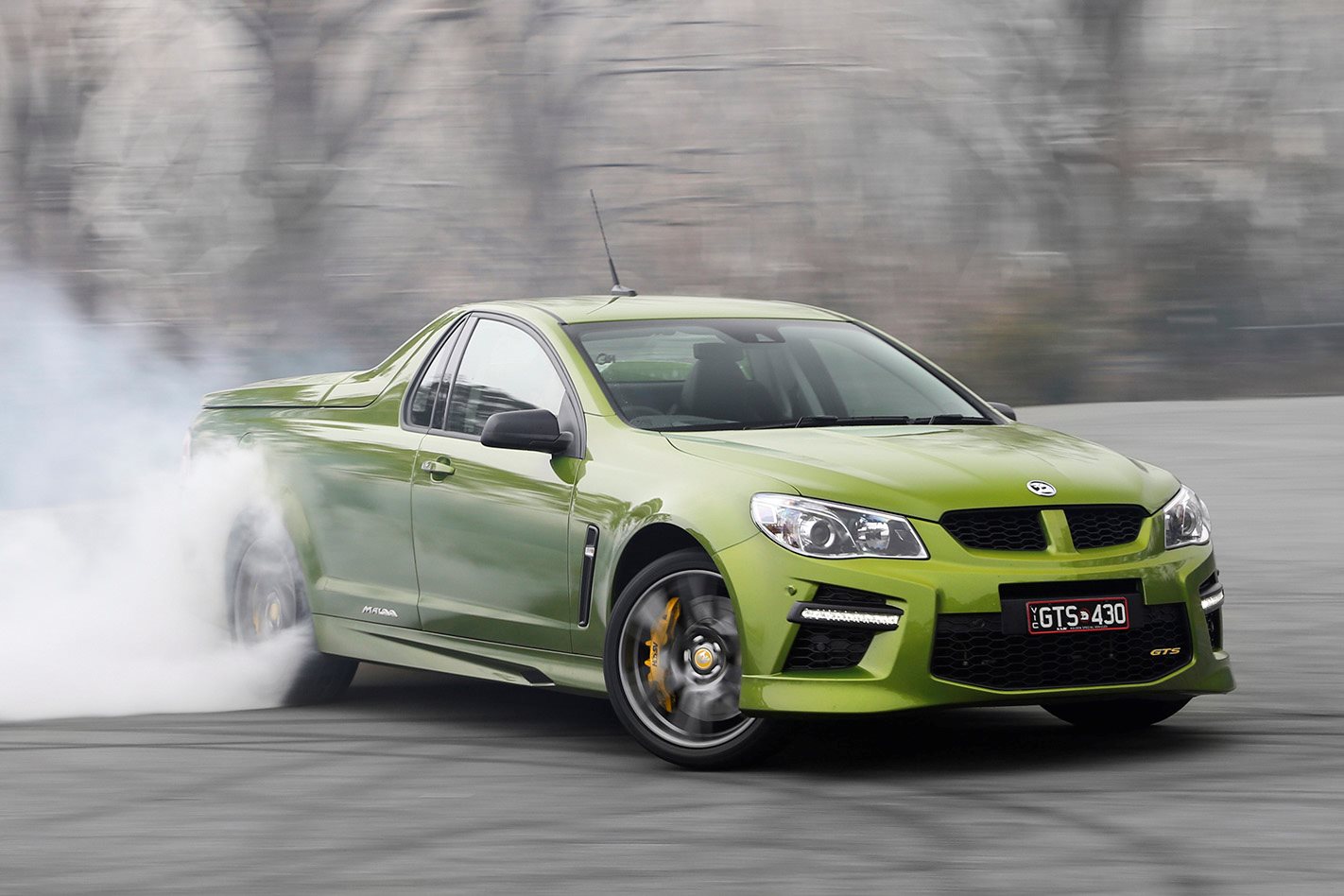 A STRANGE thing happens as I plonk my bum behind the GTS Maloo’s chunky steering wheel at HSV’s Clayton HQ. I start to feel more Australian. Maybe it’s the fact it’s vivid green with yellow badges, and firing that big supercharged V8 into life only intensifies the feeling – and my urge to get the Southern Cross tattooed on my face.

Cars don’t get more Aussie than this. Understated? Forget it. The GTS Maloo is a visual punch in the face. It’s big, thick and has the balls to back up its muscle. If the GTS badge didn’t clue you up, HSV has shoehorned the same LSA 6.2-litre supercharged V8 and running rear from the GTS sedan into the Maloo. 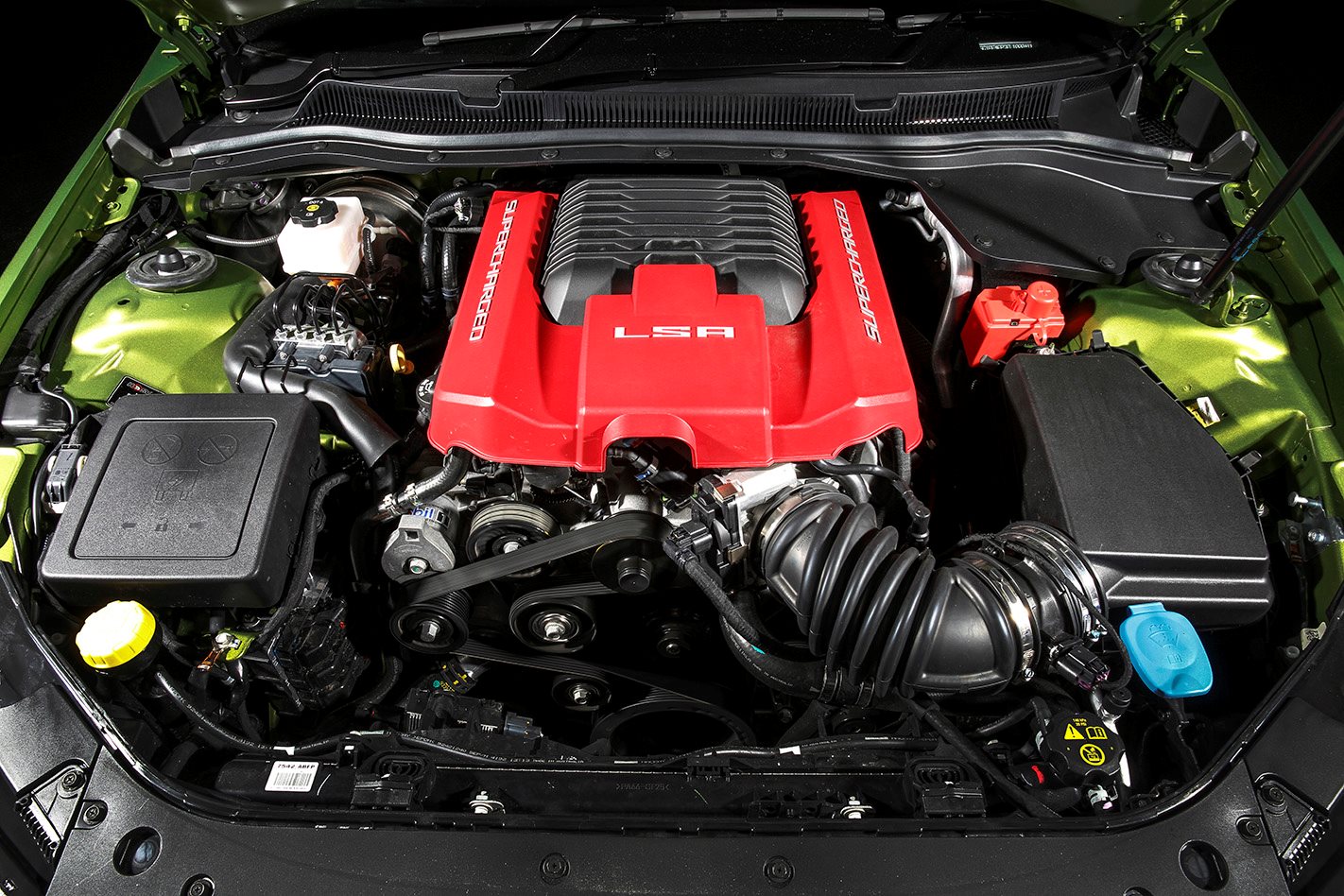 That means 430kW/740Nm, the choice of a six-speed manual or heavy duty six-speed auto, enormous brakes (390mm up front, 373mm at the back) and a 9.75-inch differential with torque vectoring to help transfer that colossal grunt to the road.

What you don’t get is HSV’s excellent Magnetic Ride Control given the cost of developing it for a small run of 250 utes. It’d be wrong to call the Maloo’s ride harsh, though. True, it’s firmer than the sedan, but the Maloo soaks up imperfections with aplomb. 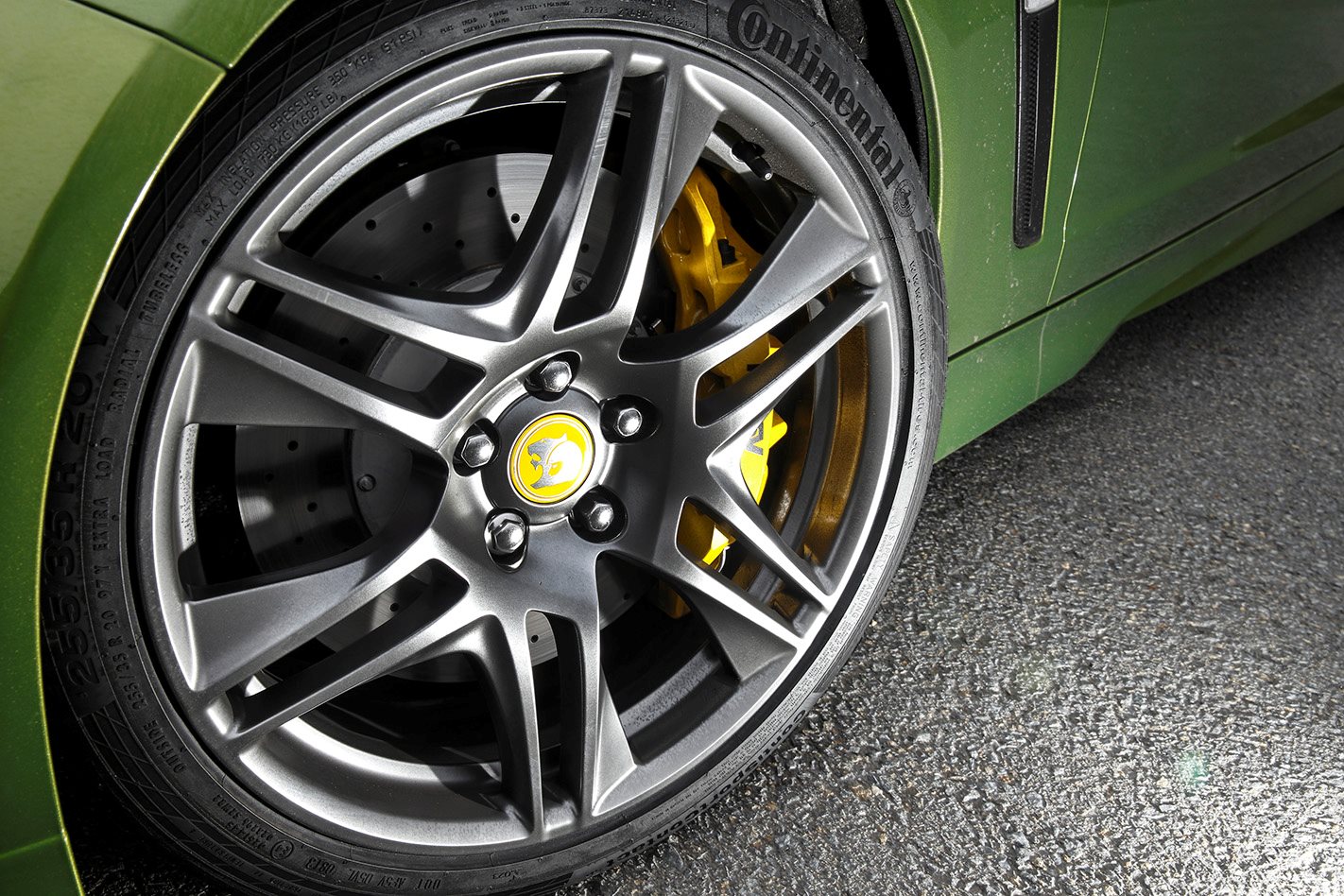 But if it’s short on trick suspension (MacPherson strut front and multi-link rear), the Maloo does get something the GTS sedan doesn’t – paddle shifters. So tightly guarded was this feature that HSV demanded we cover the tiller when parked.

Plastic and cheap to the touch, the paddles nonetheless do their job without fuss and bring a performance car feel to the Maloo’s interior.

There’s no escaping the ute’s size, though. The steering wheel is big, the sports seats are big, and on the road the Maloo feels enormous, thanks in part to its terrible rear visibility. 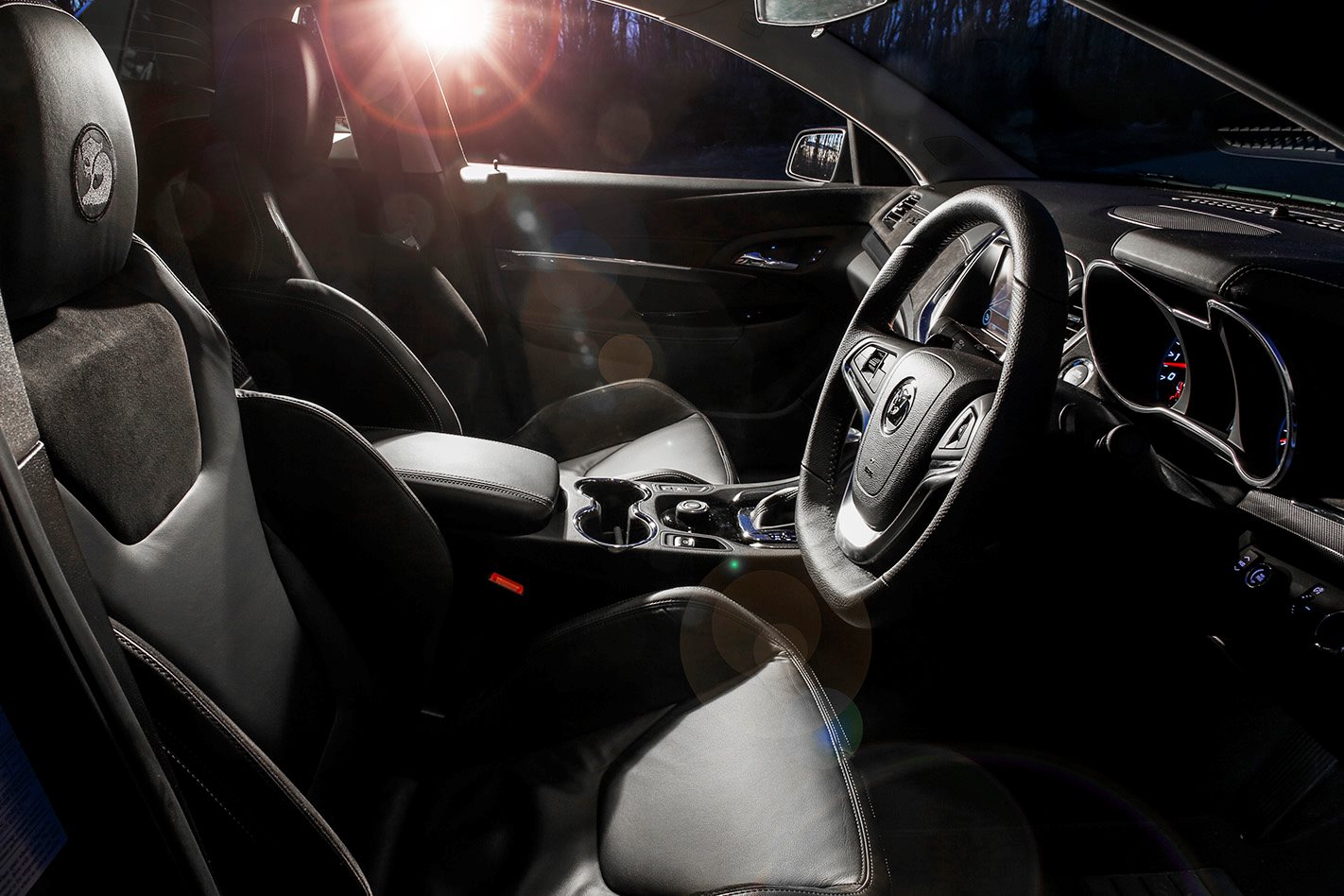 Combining the VF ute’s high tray and the Maloo’s thick fibreglass tonneau means that using the rear view mirror is like peering through a post box. Cars behind simply disappear behind. And forget about checking blind spots; you rely almost solely on the blind-spot detection system.

Big is the word to describe the Maloo’s handling, too. The steering is light and vague off centre, but weighs up and feels meaty once you apply more lock. It’s a reassuring heft on open roads, but is tiring around town. And, despite its torque-vectoring system, it feels nose-heavy and will understeer. 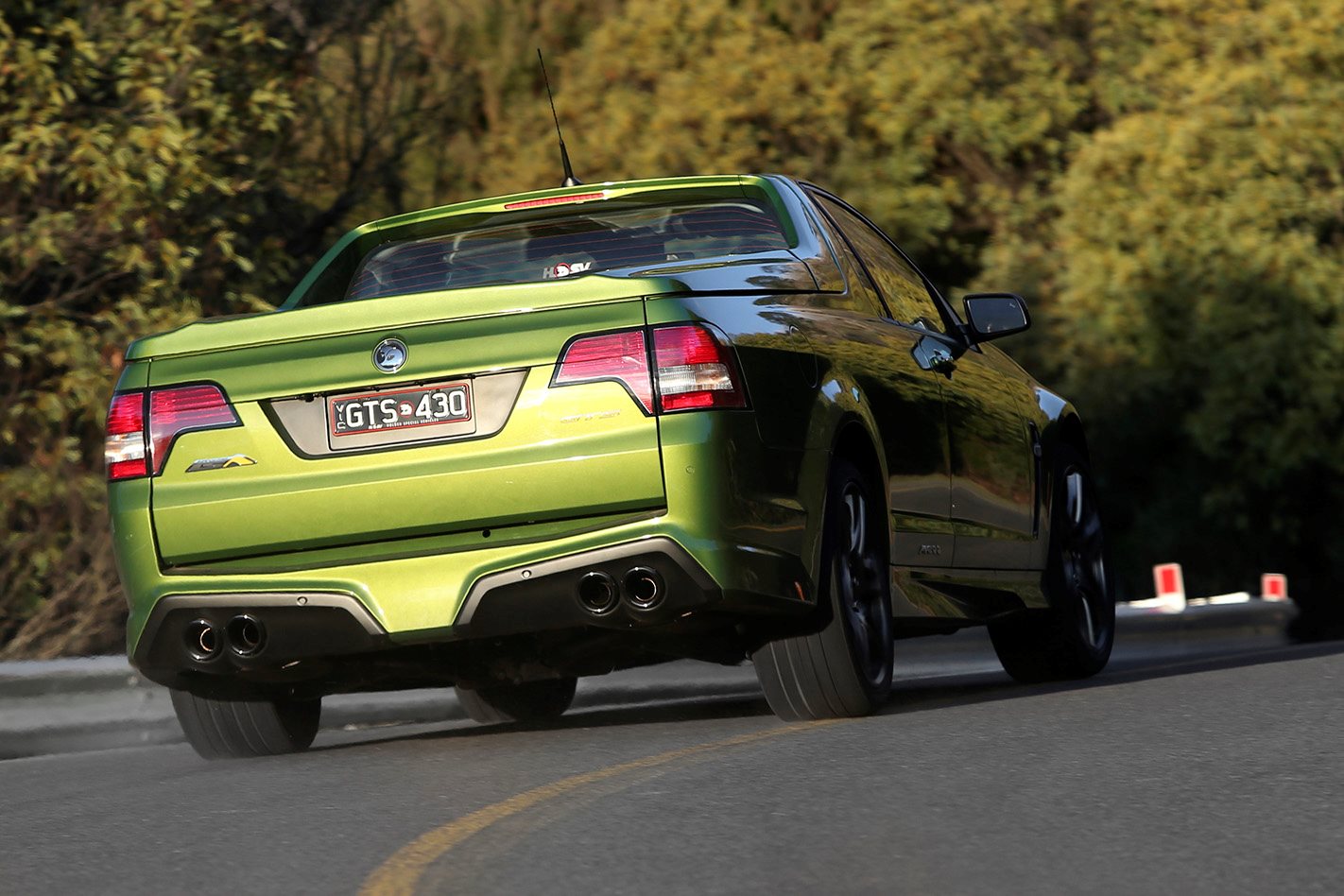 What it lacks in accuracy, the Maloo makes up for with brute force. With the ute’s longer 3009mm wheelbase (sedan is 2915mm), just turn off its electronic safety net and it is a drift machine, with big, tyre-shredding slides a flex of your right foot away. Keep the systems on and Performance mode allows a delicious amount of slip, but it still has your back.

The engine, we know, is a peach. Tractable, smooth and muscular, get it above 4000rpm and the bi-modal exhaust opens with a snap that echoes through the tray, while the quad pipes emit a deep, metallic howl. 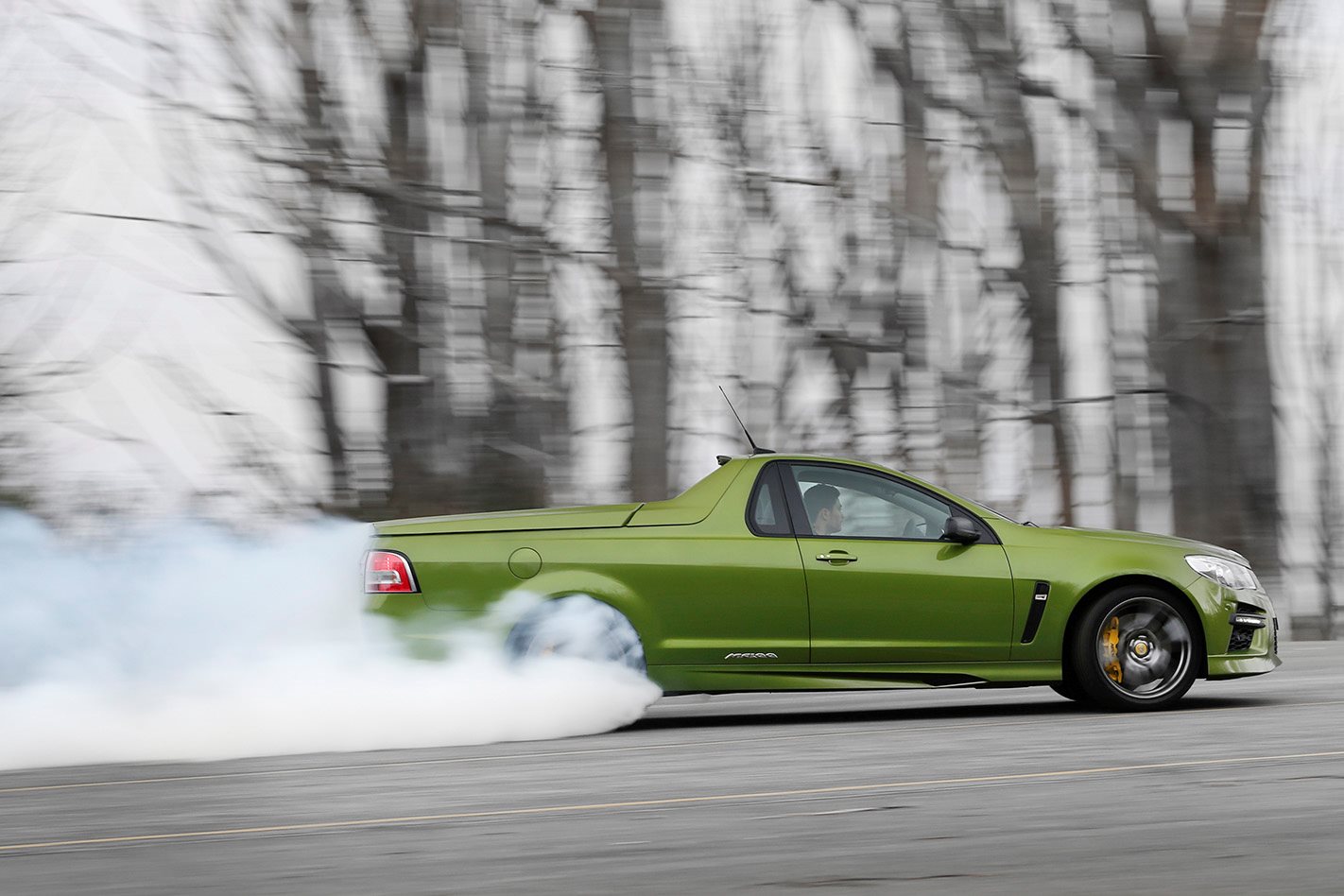 So, does the Maloo lack subtlety, polish and poise at the limit? Absolutely. But that’s like criticising a meat pie for being too hot. Or a Jimmy Barnes concert for being too loud. The same applies to the Maloo’s prodigious thirst. Our weekend punt didn’t see consumption drop below 15L/100km, but economy isn’t what the Maloo is about. If you want efficiency, buy a Prius.

This ute is more than a car; it’s a statement. A final love letter to an Aussie icon birthed from the need to go to church on Sunday and take the sheep to market on Monday. And HSV has nailed it. It’s the best Aussie ute yet. Sadly it’s also the last. 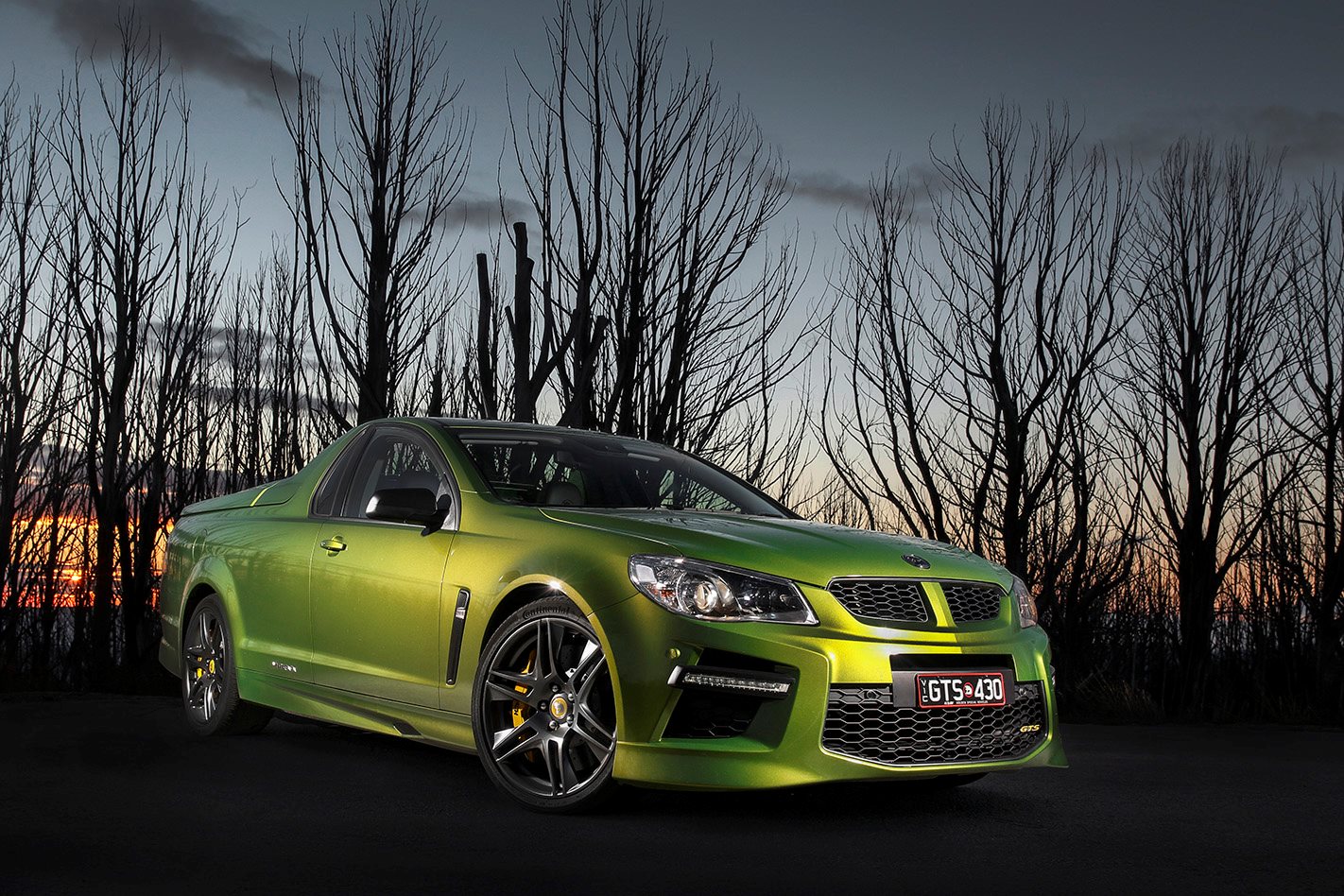