Along came a Spider 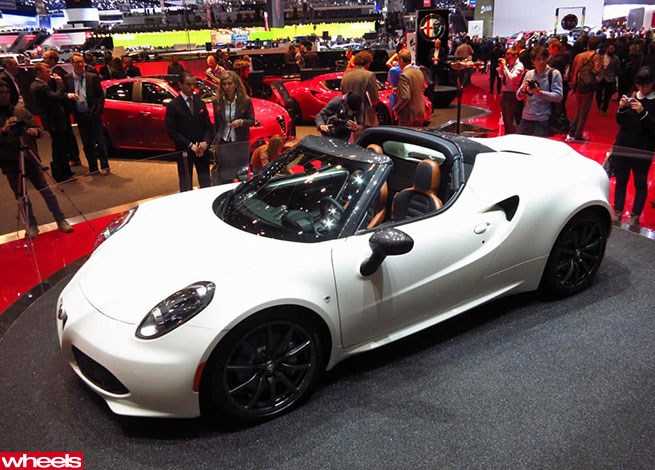 It was inevitable that Alfa Romeo would do a topless version of the mid-engined, rear-drive 4C sports car and it duly revealed a Spider at Geneva that it says will go into production early in 2015.

Changes from the show car seen here are certain. For one thing, it lacks any of the necessary attachment hardware for a targa roof.

But the Spider does bring some pleasant surprises. It features a new and normal-looking headlight design that’s much more attractive than the insect-eye items being fitted to the hardtop 4Cs currently emerging from Alfa’s assembly line in Modena.

Hopefully, the Spider’s headlights will be adopted for all 4C production sometime in the future. The sooner, the better.

The Spider also features a dual-stage central exhaust system made from titanium and carbon, with an electrically operated valve that’s wirelessly connected to the car’s electronics. This high-tech system is the work of motorcycle muffler specialist Akrapovic and is likely to make an appearance on future 4C options lists or special editions. 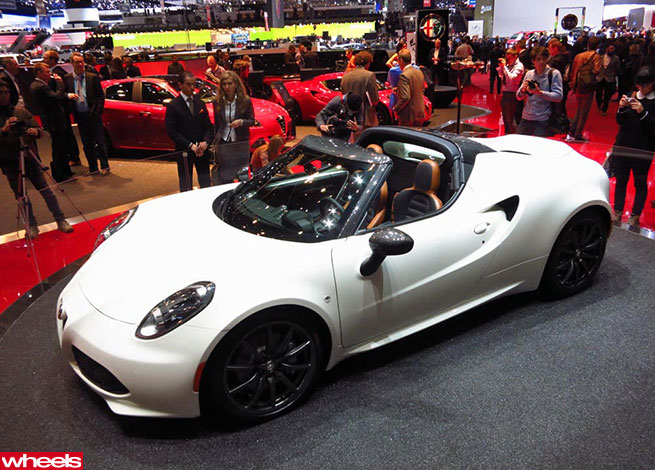 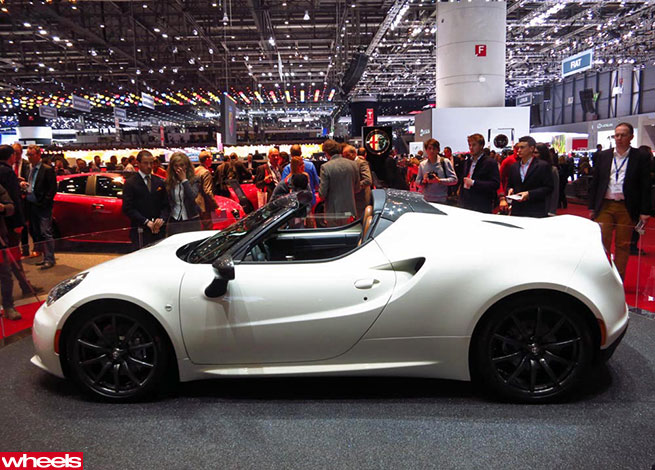 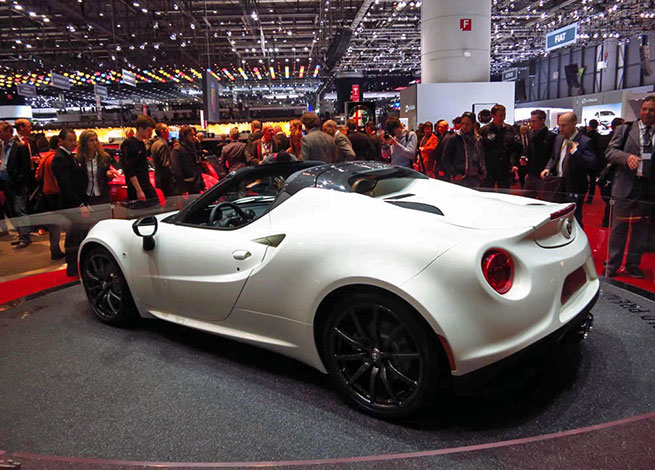