THE AM-RB 001 hasn’t even started production, and it has already been classed in a league of its own.

No car before has had the same ballistic, otherworldly ambition and uncompromising mentality in its design. Or has it?

When you break it down and look beyond the crazy figures Aston Martin and Red Bull are throwing around, there is an obvious choice with which to benchmark the AM-RB against. It’s a car old enough to buy itself a drink: the McLaren F1.

The two cars actually have much in common: Both were born from harebrained ideas cooked up by the greatest designers of their time (Gordon Murry and Adrian Newey); both have the technical prowess of champion Formula 1 teams behind them; both refuse to cheat with forced induction and both are as British as a cup of tea and crumpets with the Queen. 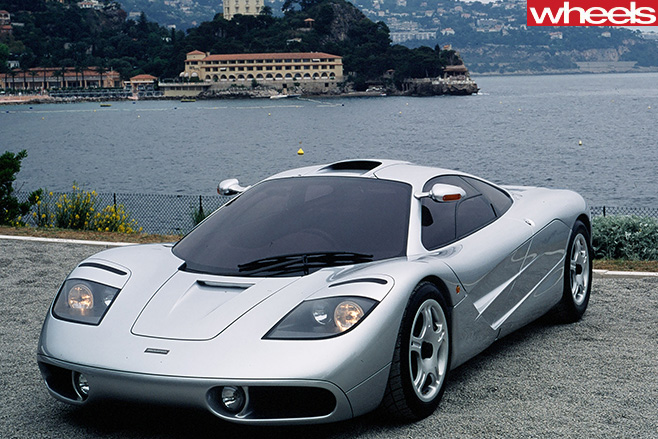 Both are inspired by the 24 Hours of Le Mans race as well. The track version of the AM-RB 001 hopes to perform in the same realms as LMP1 cars, while the McLaren F1 went and won the damned thing outright; beating purpose-built sportscars on the way.

Gordon Murray was uncompromising in his demand for an engine that produced over 410kW, had a 600mm engine block length and weighed no more than 250-kilograms. First approaching Honda, Murray was turned down, and rejected a proposal from Isuzu, before using a 6.0-litre V12 from BMW for the McLaren that was heavier than originally intended, but more powerful. 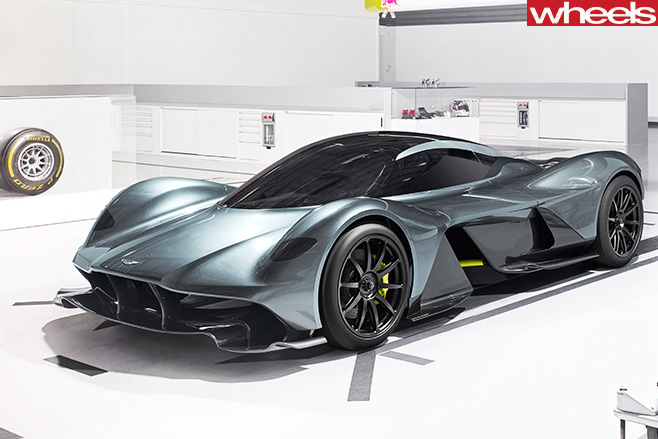 Specs on the AM-RB 001s engine are non-existent, but Wheels has been told it will be a naturally-aspirated V12, with an electric motor to provide extra kick. You could safely wager the combustion engine will pump out north of 440kW on its own, with Aston Martin and Red Bull hoping to have a total of 670kW to 745kW.

Power-to-weight figures are more important than outright horsepower for both cars, with neither tipping the scales at more than 1200-kilograms. 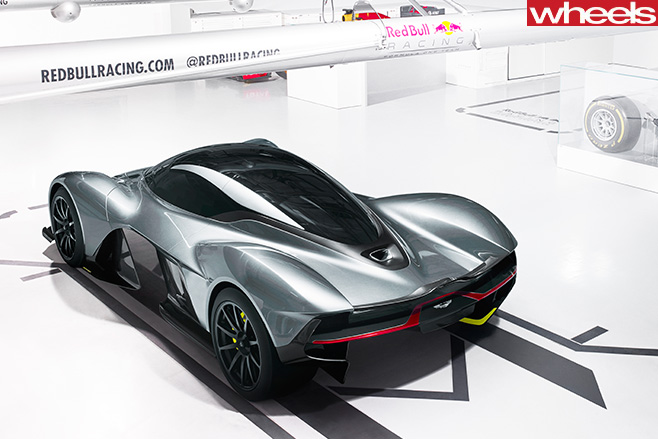 In fact, the McLaren F1 will be a rarer car than the AM-RB 001, with only 106 examples ever made, compared to the predicted 150 of the yet-to-be-released Aston.

With the technology and engineering advancements available to designers since it was unveiled back in 1992, it’s inevitable that the AM-RB 001 will be faster than the McLaren F1, but it’s the only car worth comparing it against. When it was released – much like the AM-RB 001 did this week – the McLaren F1 melted minds, with claims that no car will ever be as fast. We know now that that’s incorrect, but the F1 changed our perceptions of what a car is, and could be, capable of. 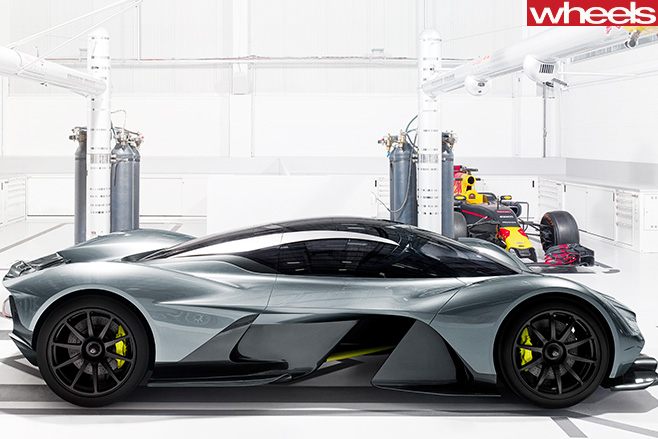 Upon its release, the AM-RB 001 will be playing against the likes of the Bugatti Chiron, Koenigsegg Regera, and the ageing ‘Holy Trinity’ of the Porsche 918, McLaren P1, and Ferrari LaFerrari. Comparing it to those cars though, will just be fun and games, and the AM-RB 001 is already the red hot favourite. While in a proper head-to-head, the McLaren F1 would be blitzed by an AM-RB 001, it remains the true spiritual ancestor as a pinnacle of engineering and an example of how to redefine fast for an entire generation. 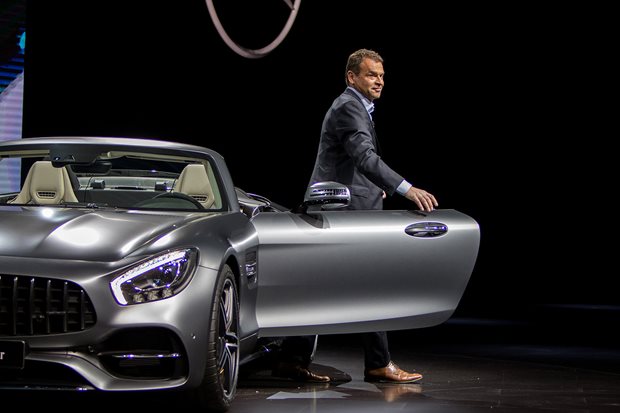