Zombies. We’re surrounded by zombies, many of them dressed in sexy-schoolgirl outfits and a disturbing number wearing contact lenses designed to make their eyes look genuinely undead. It’s almost Halloween in Tokyo and the locals, who have a long-held love for American traditions – aside from H-bomb dropping – are mad for it, stalking the world’s busiest streets in gory gangs.

A block further along, though, and you’re in a park so intensely manicured that the grass looks ever so slightly cowardly, as if it’s afraid to grow unkemptly, and no one is speaking louder than a whisper.

This is Japan; equal parts chaos and order, politeness and madness, peace and disquiet.

James Deane, a 53-year-old Australian-born and still Aussie-accented senior designer for Honda who has lived here for 25 years and has a Japanese wife and kids, still shakes his head at the weirdness of it all, but he wouldn’t live anywhere else. We’ve come to one of the world’s most fascinating megalopolises to take a deep-dive drive in a Honda Vezel – I suggest Vajazzle would have been better, but Deane remains nonplussed – into the local culture and architecture with Deane, to discover what makes Japanese design tick, and why it does it so metronomically.

Deane admits that, while he’s only ever experienced car design through a Japanese approach – Honda was his first job out of design college – he’s still not good at boxy cars himself. “I like a bit of styling, a bit of width. I like sports cars. No kid ever drew a minivan on their pencil case.”

However, he defends the lack of imagination of something like a Nissan Cube. “That Cube is perfect for Tokyo because the cultural sense is different here; it fits the environment, the small spaces, the orderly straight lines, it’s all based on the ‘tatami’,” he says.

Tatami mats cover the floors in Japanese houses and are a stiffly regulated rectangle, always precise. Deane calls it “the module for everything they do”.

When talking about room sizes, the Japanese even measure them in tatami – as in ‘a six-mat room’. 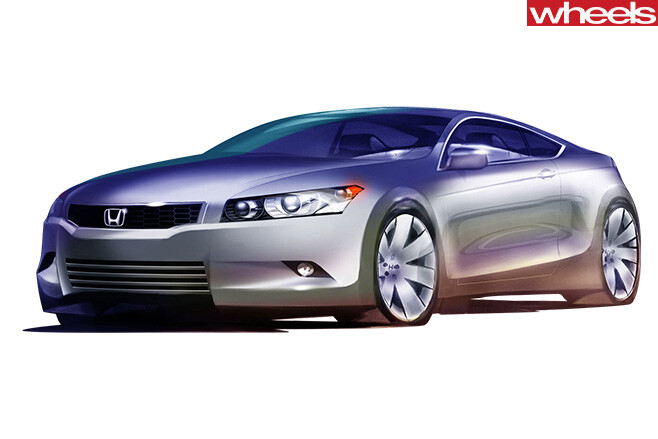 “That shape leads to a box; they love a box. Look at the bento box, it’s just perfect packaging. The Japanese are great at packaging. If you look at a car like the Honda Stepwagon, that was based on the tatami mat; it’s a box.

“Cars are very different for different markets, like people-movers. Over here they’re like luxury cars now. The idea is to make them look like a big lounge inside, a big space to live in. Well, a big space in Japanese terms; space is different here.”

That space must have taken some getting used to for Deane, who grew up in the wide, sandy emptiness of a farm near Esperance, WA, playing with trucks and tractors by day and retreating inside to sketch cars when it became too hot.

He says it was the culture shock that appealed to him, that drew him to Japan, and now, as much as he still misses the salty, warm air of home, he loves his adopted city with the passion of a convert. 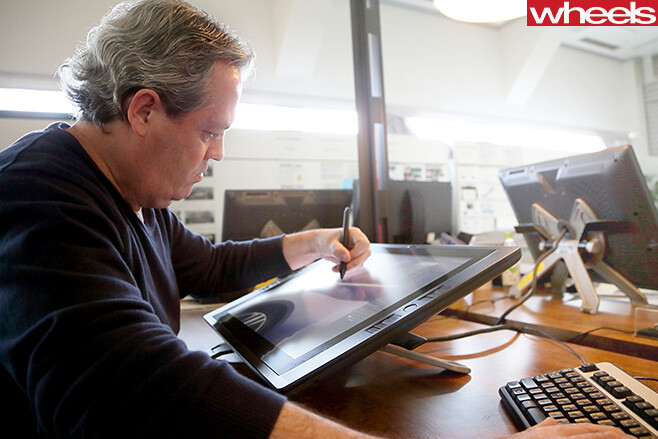 “There’s this neatness and order to it all; it’s like nature, but it’s controlled, like bonsai. They try and make the small and ordered look natural. It’s an amazing mix. And they have this perfectionism, a sense of knowing when something is just right. They don’t leave things to chance.”

He’s right about the space, or the lack of it, because it’s one of the things you feel most pressingly as a visitor. Greater Tokyo is officially the most populous place on the planet, home to a staggering 38 million humans. Much of the sizzling energy the place buzzes with is simply the result of all those humans zinging off each other at close quarters.

The Japanese in Tokyo are different, less diffident somehow, than the ones you meet overseas, perhaps because the touristy ones are so constantly baffled by how crap we are at things, the filth we live in and the fact that we can’t make our trains run on time.

Because they are so bemused by the rest of the world, Deane says the Japanese spend an inordinate amount of time, and money, researching what kinds of things we want from car design, and that’s when his job gets fun. “When we design a car we do it with a particular market in mind, and to do that you have to go there, you’ve gotta go and feel it, look at the architecture, how people eat in cafes, soak up the shapes, the aesthetics,” he enthuses.

Deane will move to America with some of his designers and a clay modeler, for example, to come up with something like a new Accord. They will live there for a couple of months and craft a model there.

“The Americans want space, but they want emotion as well. They want sexy, not square. They want a high nose, and China likes that too. When you look at the Accord, you have to think about walking down Rodeo Drive and there are all these huge great SUVs, and everything’s so big, so you think, ‘Okay, we’ve got to make a big face to match’. It’s fun, but it’s pretty stressful as well because you have to come back with a proposal.”

Deane’s job, in fact, is generally to challenge other people’s proposals, because he leads what’s called a ‘Counter Design Team’, which sounds combative. “You have the main team, which comes up with what is the safe design, and then we do it a different way. It’s kind of a ‘but what if we did this’ approach, and sometimes we even win, but it’s that exchange of ideas that’s why it takes years to design a car.” The very early stages of creating a new car also involve the challenging process of having your past failures thrown in your face. Deane regularly goes to the US to sit behind a piece of two-way glass and hear customers who have rejected the brand being interviewed about what they don’t like about his cars. “It’s fascinating, but it can be hard to listen to. You don’t always get the answer, but you do get a feeling of what’s right and wrong with that last car.”

STANDING on a street corner surging with politely pushy people and marveling at the fact that someone has gone to the trouble of doing topiary on the tops of every tree in the tiny park across the road – slightly smaller than a double lock-up garage in suburban Australia but neatly raked and primped into perfect bonsai-esque beauty – Deane reveals that the Japanese are also greatly inspired by robots.

Or one robot in particular: Gundam.

“You can see Gundam in so much design here; he’s this strong, machine-like robot flying machine and he kind of represents Japanese design,” Deane explains, with child-like enthusiasm, drawing this toy in the air for me with his hands. “You can see him in cars like the NSX, even the new one. It’s just different to other supercars; it feels compact and it feels tighter, more machine, more like a robot. Like Gundam. The surfaces are very precise, the edges… it’s kind of the opposite of a Porsche, which is flowing and emotional and round. The NSX is more uniquely Japan.” Deane admits the 911 is one of his favourite cars, because its design is timeless and “it will still look the same in 100 years”, but he’s fiercely proud of his own company’s work, and very excited about the new S2000 he lets slip he’s been working on.

“I didn’t get to work on the last S2000, but I love it; it’s very round, emotional, but very tight as well, and I’ve worked on the next generation, and that’s the best,” he smiles, broadly. “They’re looking at different layouts and so on; they’re not sure what they want… Well, they are, but I can’t really say. It’s going to be completely different, and it will be that low-cost, affordable sports car that you can actually go and buy. I look at it and think, ‘I could have that, I could afford it’, so it’s a very exciting thing to work on.”

It certainly sounds like his Counter Design Team might be having a few wins with the top-secret new S2000 design, but Deane’s role means that much of his favourite work in the past has never actually graced a public road.

“Your favourites are always the design studies, the ones that don’t get made, unfortunately, because they’re a bit too ‘out there’. The show cars are always fun, too, but in the end the actual production cars are the cool stuff.

“When you see something you’ve done drive past you on the road, when it actually exists in real life, that’s what makes this job. I love it. It’s like having a hobby you get paid for.” Start talking brands and beauty with a car designer, as we did in a sushi bar the size of a city bus stop, and there’s no stopping them.

Deane is a fan of the new Jaguar SUV, a surprising critic of some of the Ferrari 458’s details, and an admirer of Aston Martin, but there’s one company that hasn’t even made a car yet for which he reserves his most nerdy awe.

“You look at the Apple design aesthetic – I think all designers do – and you just wish you could do stuff that is that pure of line, that beautiful. But cars aren’t shaped like that; they’re awkward, with their wing mirrors jutting out and so on. That’s why it will be very interesting if Apple actually does make a car. I can’t wait to see it.”