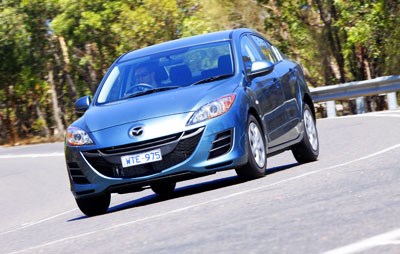 Mazda looks poised for another home run with an evolutionary new 3 that smooths rough edges with an extra layer of refinement.

Mazda Australia has been putting runs on the board for a good time now. It is firmly entrenched in the country's top five sellers, hasn't nose-dived as much as most car companies in the recession and even produced Australia's top selling car back in January.


That car was, of course, the Mazda 3. Despite its seemingly evergreen popularity, the new version is now on the streets. And while the 'evolution, not revolution' theme of the new car is a hackneyed phrase, it's also pretty accurate. The body might be all-new, but it's got a distinct Mazda family look from the curvaceous front guards to the angular tail-lights. Underneath, it uses revamped hardware from the old car including suspension and the 2.0-litre engine. Fortunately, after an introductory drive on home soil, it seems that everything new is very good indeed.

Let's stick with the price-leading Neo. It's a sharp-looking device in either sedan or hatch body style, and if the low-slung and grinning grille looks confronting, it's certainly more recognisable than some anodyne rivals and apparently sucks more air from that position.

At $21,990 it's about line-ball with the Toyota Corolla Ascent but looks way better, and ESP is standard instead of a $1500 option. You also get a fabulous new interior, beautifully crafted with a swooping dashboard replete with soft-touch plastics and a nicely integrated stereo. It all looks far better than a car this price should, but the good news is the seats are also supportive and grippy, the back seat is roomy (the hatch gives a little more head space than the sedan) and there's lots of storage space. The boot is big, but then there's a space-saver spare.

The 2.0-litre engine gets a new air intake system but that's about it. It still produces 108kW and 182Nm, but new six-speed manual and five-speed auto transmissions are said to contribute to a three percent reduction in fuel use. There's no doubt they also marginally increase performance; this has always been a peppy powerplant and now with an improved ratio spread acceleration seems better than adequate. Only the steepest hills leave the driver wishing for a bit more, but then it works so smoothly at high rpm it's likely to hit the rev-limiter in second before you realise an up-change is needed.

And that's the next ace in the Mazda 3's hand. Refinement and NVH suppression are much better than before. There's still some road noise but the engine seems more muted and the ride is no longer a little jiggly and uneasy. On the Neo's relatively high profile tyres it's actually remarkably comfortable. The body feels particularly rigid too, no doubt due to a doubling of the use of ultra-high-tensile steel in its construction.

Despite being the least sporting in specification, the Neo isn't left behind in the handling stakes. Granted, the skinnier front tyres give up in gentle understeer eventually but rear geometry changes have delivered more grip, and widening the mounts of the front anti-roll bar more roll resistance. The steering rack has another locating bolt added for rigidity, and with its electro-hydraulic power assistance the steering itself is communicative and well weighted. Class leading, you'd have to say, if you can accept a bit of mid-corner kickback.

Good looks, apparent value, dynamic prowess and a popular size make the Mazda 3 a stronger package than ever; ironing out the rough edges of refinement are icing on the cake. 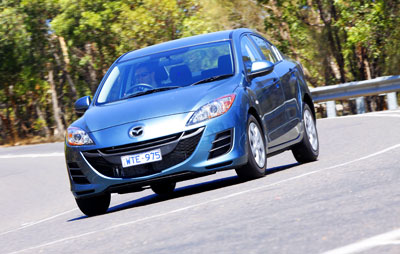 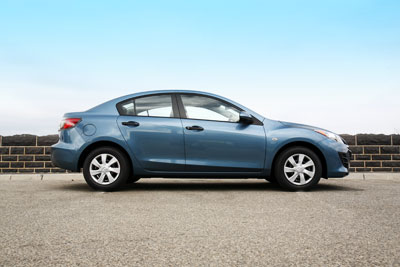 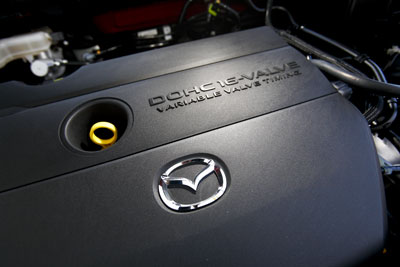 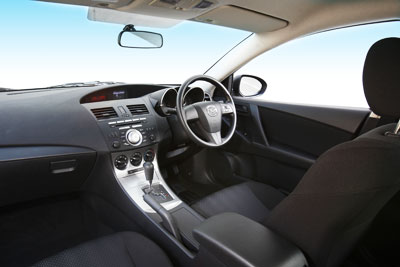