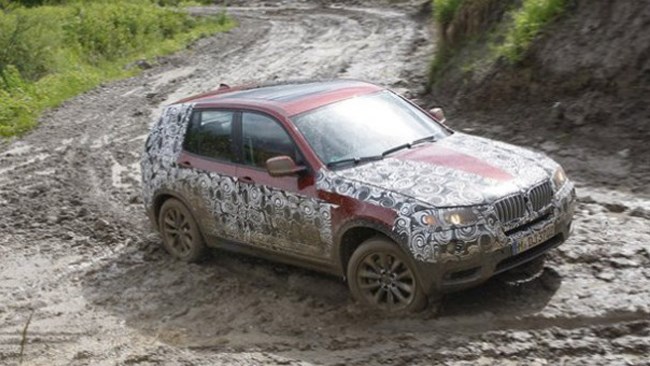 Reports of a long-awaited successor to the current-generation BMW X3 have been circulating for some time, along with spy photos and best-guess renderings of how the new model might look at launch.

Following the official release of a number of close-up teaser images on the BMW website, BMW has this week released a series of spy-like photos of the new X3 wrapped in the company's signature swirl camouflage.

These new official images reveal an overall larger body than its predecessor, with a more X5-like muscular design.

One of the images shows the new X3 side-by-side with the current model, offering the best look yet at the new generation's larger proportions.

A report by UK magazine Autocar, supposedly drawing on comments from a BMW insider, claims the new X3 is 83mm longer, 29mm wider and 40mm higher than the current generation.

Due in international showrooms later this year, the 2011 BMW X3 will likely share its engine options with other BMW models, including the 3.0 litre straight-six petrol engine and the 2.0 litre turbo-diesel.