Bob Lutz returns, Commodore does not 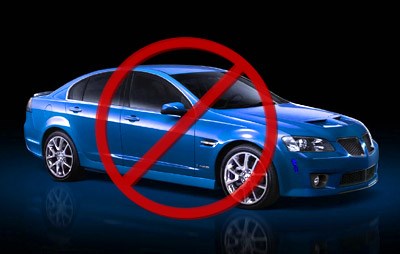 Rumours that the New GM will resurrect the Pontiac G8-Holden Commodore in the States are unfortunately untrue, with Vice Chairman Lutz admitting the RWD sedan is 'not viable'.

It's a case of out with the new, in with the old at GM, with newly appointed Vice Chairman Bob Lutz returning to the company - and the company's daily blog, GM FastLane Daily - to refute rumours of a G8 revival.


Lutz himself last week hinted that GM may rebadge the Pontiac G8 as a Chevy Caprice, though even boss Fritz Henderson denied the small talk.

But Lutz has made it clear in the GM blog today that there will be no G8 resurrection.

"The G8 will not be a Caprice after all".

"I'd mentioned it, and said we were studying it, giving it a serious look, because a car like the G8 was just too good to waste.

"We have a tremendous RWD team in Australia that gave us the beloved G8, a team that we will tap into at some point again in the future for its expertise and sheet metal. Just not right now.

"I know that we'll get a lot of complaints from G8 lovers, because I'm one of them. And the product guy in me is complaining as loudly as anyone. But the marketing guy says there's no case. With budgets being what they are for the time being, the resources must be allocated elsewhere.

"In no way, and this is very important, in no way does this mean we are backing away from performance, or backing away from rear-wheel drive. Look no further for proof than the Corvette, the Camaro, the CTS or many other present and future Cadillacs. We have a strong lineup of RWD vehicles already and we will continue to have it."

So despite that last par, Lutz can obviously see what many of us here don't want to - that a large RWD car is not viable in today's market.