Mercedes-Benz Australia pulled the sheets an absolute one-off that comprehensively one-ups anything else we had at Broadford. It’s an original right-hand-drive 220SL

WITH a late invite to Wheels’ bucket list drive it was too late to dig out any of my absolute favourites, the BMW 328 and 507 roadsters.

I’m not sure a 507 even resides on these shores, so it was with an open mind that I entered the halls of Motorclassica with Editor Butler to see if there was anything among the legions of forensically buffed classics that would deliver an authentic ‘once in a lifetime’ experience.

In case you’re wondering how anybody could saunter past a Lancia Stratos and an Aston Martin DB2 and not cast a vote in that direction, it’s because Mercedes-Benz Australia pulled the sheets off something altogether rarer. An absolute one-off that comprehensively one-ups anything else we had at Broadford. It’s an original right-hand-drive 220SL.

“That would do it,” I said to Butler without ever imagining we could arrange a drive of the car. The star of the show at Motorclassica carries a price tag of over $2m. We’d just been told this was the only surviving example of four 220SL prototypes made and is the sole right-hand-drive car in existence. It appeared I’d be more likely to be allowed to borrow the Mona Lisa for the weekend, but after a quiet drink with the 220SL’s owner, Ray Eastwood, in the hotel bar later that evening, Butler had arranged the silver Benz to be delivered to our drive day. I’m still not sure how that happened, and neither he nor Ray is telling.

While there were a couple of similar and earlier vintage European roadsters on my personal bucket list, I like to think I could be excused for not having the 220SL among them. Until now I didn’t even know it existed. I don’t think too many other people did either.

Sure, I’d admired the beautiful, classy lines of the little 190SL of the same era, and everybody knows the uniquely elegant 300SL gullwing coupe and its more conventionally apertured roadster sibling, but the 220SL was a great unknown.

Now it’s a car I will never forget.

The night before the drive day was like an automotive Christmas Eve for all of us. Broadford took the place of Christmas tree and I arrived to see the SL being lowered out of its transporter. With a puff of white smoke from its double barrel exhaust tips, the unmistakable sound of a straight-six burbled into life.

Despite its age and sporty design, the ergonomics are surprisingly good. The thin wood-rimmed steering wheel and tall alloy gear lever sit comfortably in the driver’s reach, although the stubby windshield seems more of an afterthought than any kind of actual screen.

Sure enough, as we pulled out of pit lane the wind buffeted my face and I had to resist a huge smile forming on my face so as not to catch too many bugs in my teeth. They feel like hailstones at speed. Happily, I couldn’t resist grinning as the six-cylinder engine wailed up through 4000rpm and I clicked through the four-speed gearbox.

Broadford is one of the few tracks in Australia to offer any real relief in its topography yet it feels inadequate; this little roadster would be more at home barking its way through the hairpins and cols of the Swiss Alps than the undulations of country Victoria.

Driving the 220 is remarkably easy. The steering isn’t sharp but turns precisely, the handling is predictable and the drum brakes are better than expected.

It just shows how well a properly prepared and maintained classic car can perform – and this truly is a classic. The engine isn’t a strong puller but does well for its age. The smoke it blows at idle and the top-end misfire suggest it’s a bit tired, but its note is intoxicating and prompts me to change back a gear and let it sing its tune, over and over again.

THE 220SL was an experiment to produce a car with more performance than the four-cylinder 190SL, while being more affordable than the exotic 300SL. A bigger engine was thought to be the answer and the six-cylinder from the 220 sedan was trial fitted to a 190SL after massaging the engine bay to make the required space.

Four 220SL ‘prototypes’ were hand-built in this guise; three left-hand drive and just one – our one – right-hand drive. Capacity issues at the factory scotched any hope of series production and two of the prototypes were destroyed. The RHD one was sent to Macau, possibly for the Grand Prix there in 1957, while the fate of the remaining LHD prototype remains unknown. Also unknown is how the RHD car found its way from Macau to Australia.

It arrived with a standard twin-carb 1.9-litre engine and in 1960 was sold by BEA Motors in Adelaide. In 1973 it was sold as a “non-going 190SL” and then-BEA service manager Ray Eastwood bought it. A trip to Germany with photos resulted in historical experts identifying it as the RHD 220SL.

With this knowledge, Ray restored the car with a fresh 2.2-litre six and mechanical fuel injection as used in the prototypes. He changed the colour from black to traditional Mercedes racing silver and trimmed the interior in Mille Miglia tartan cloth. 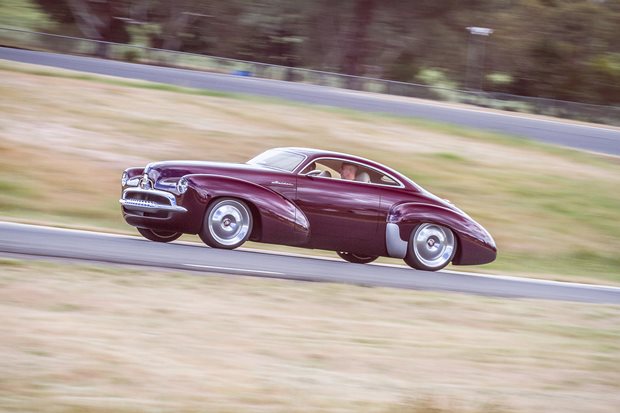 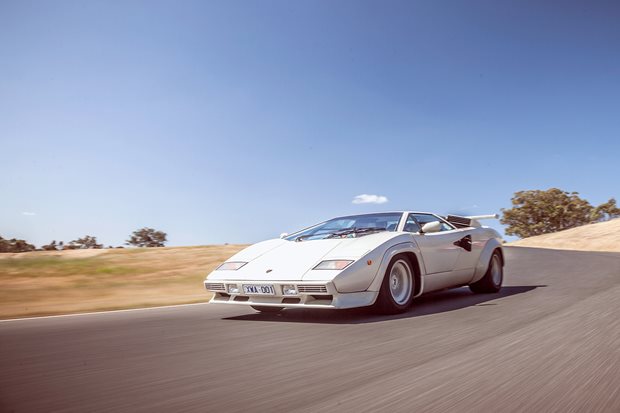 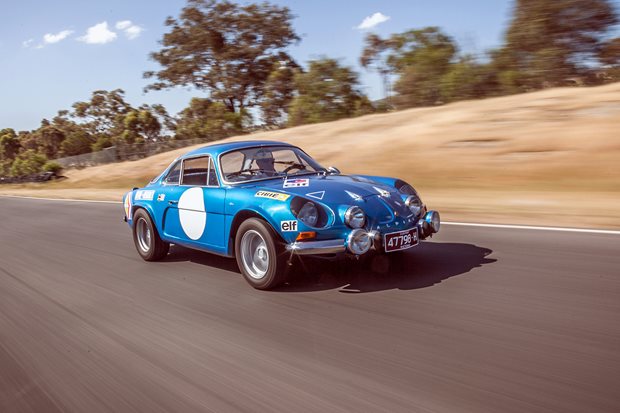 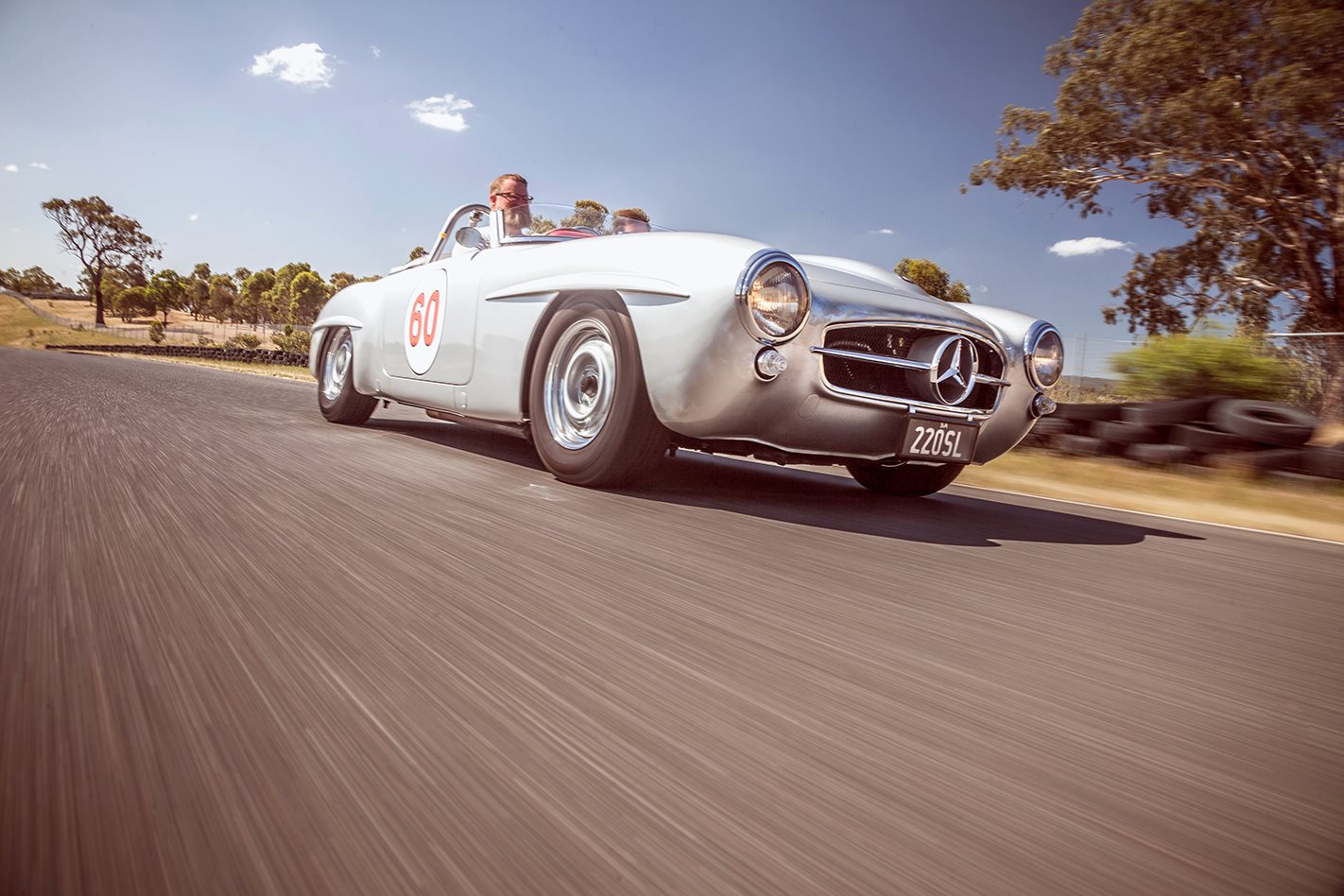 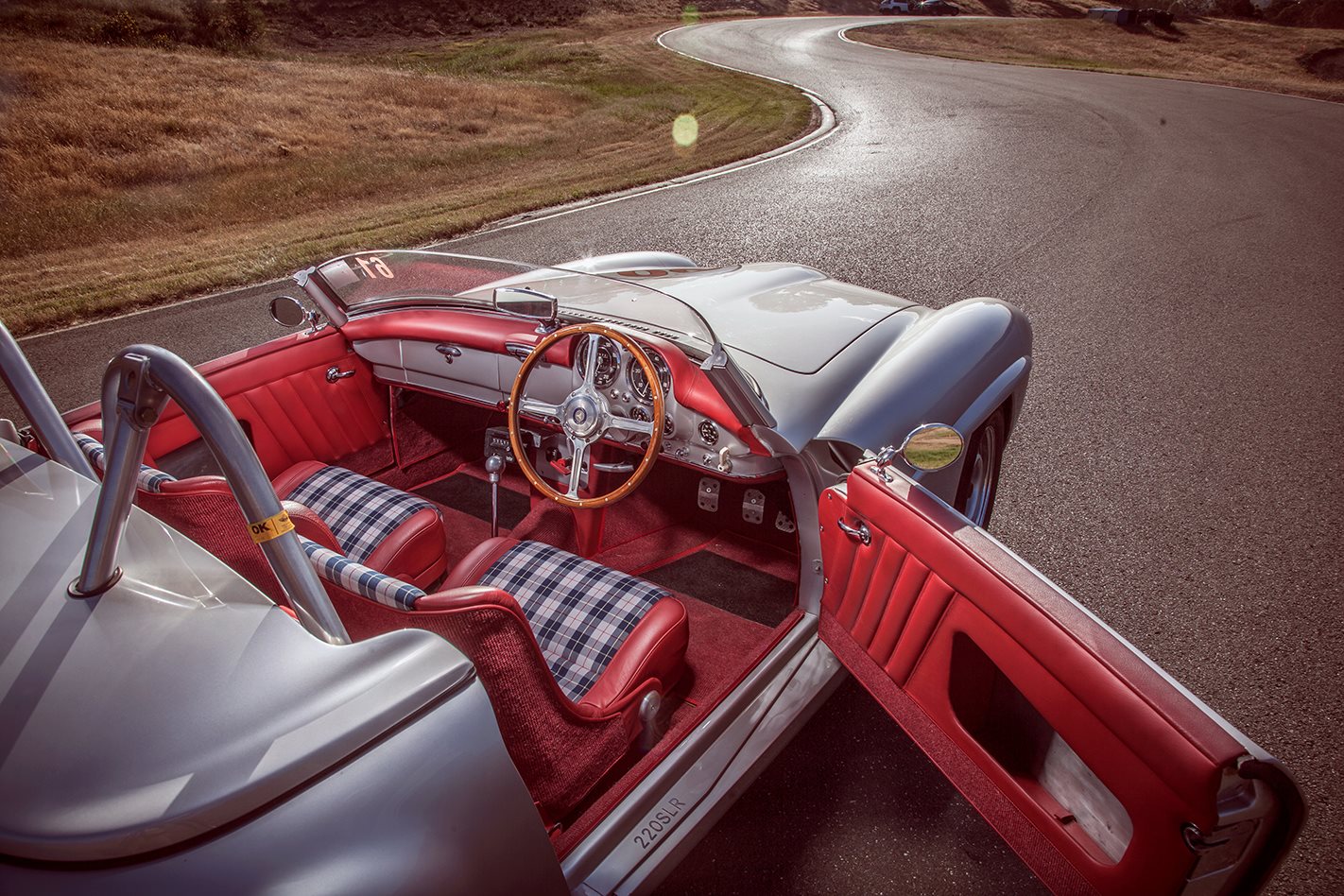 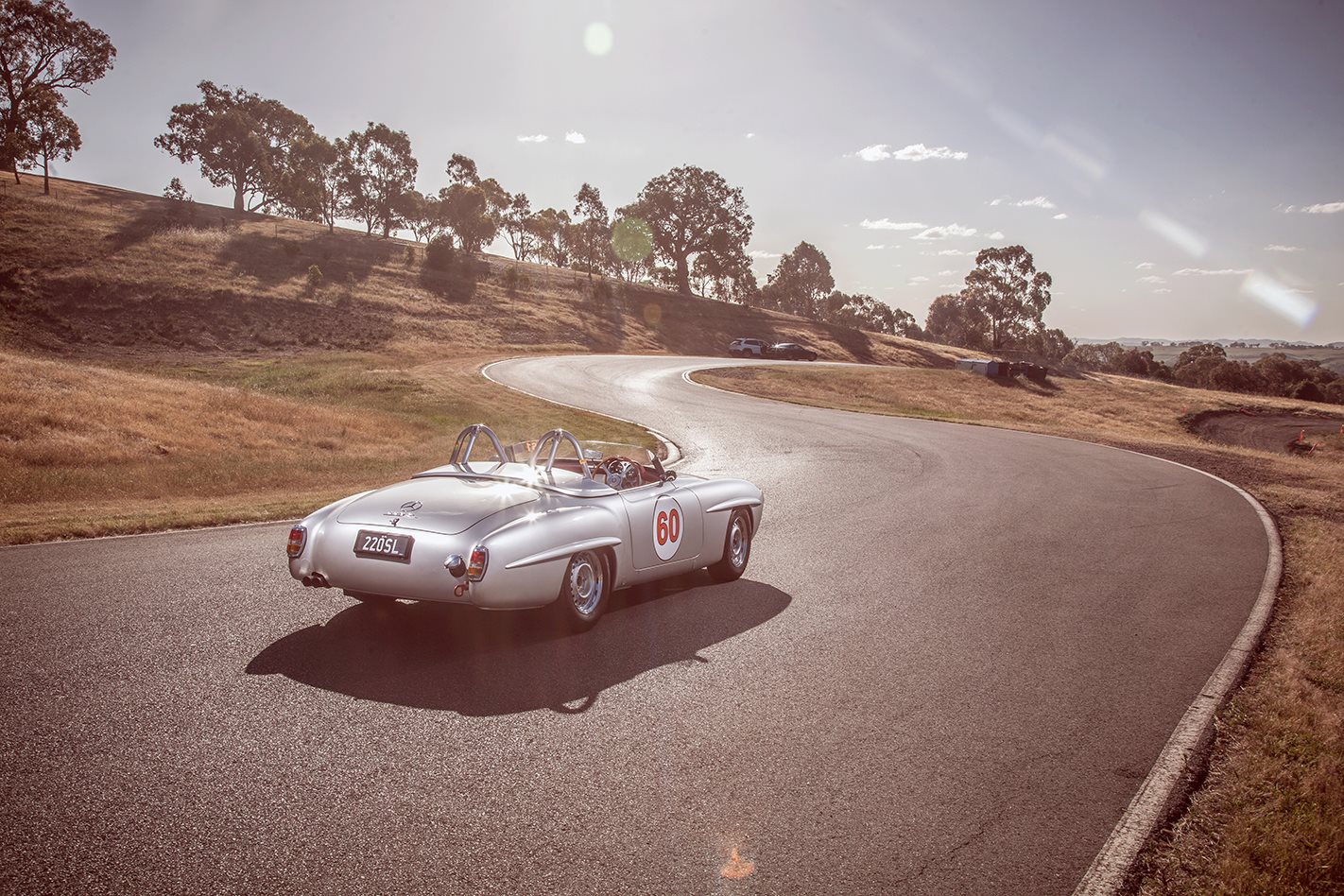 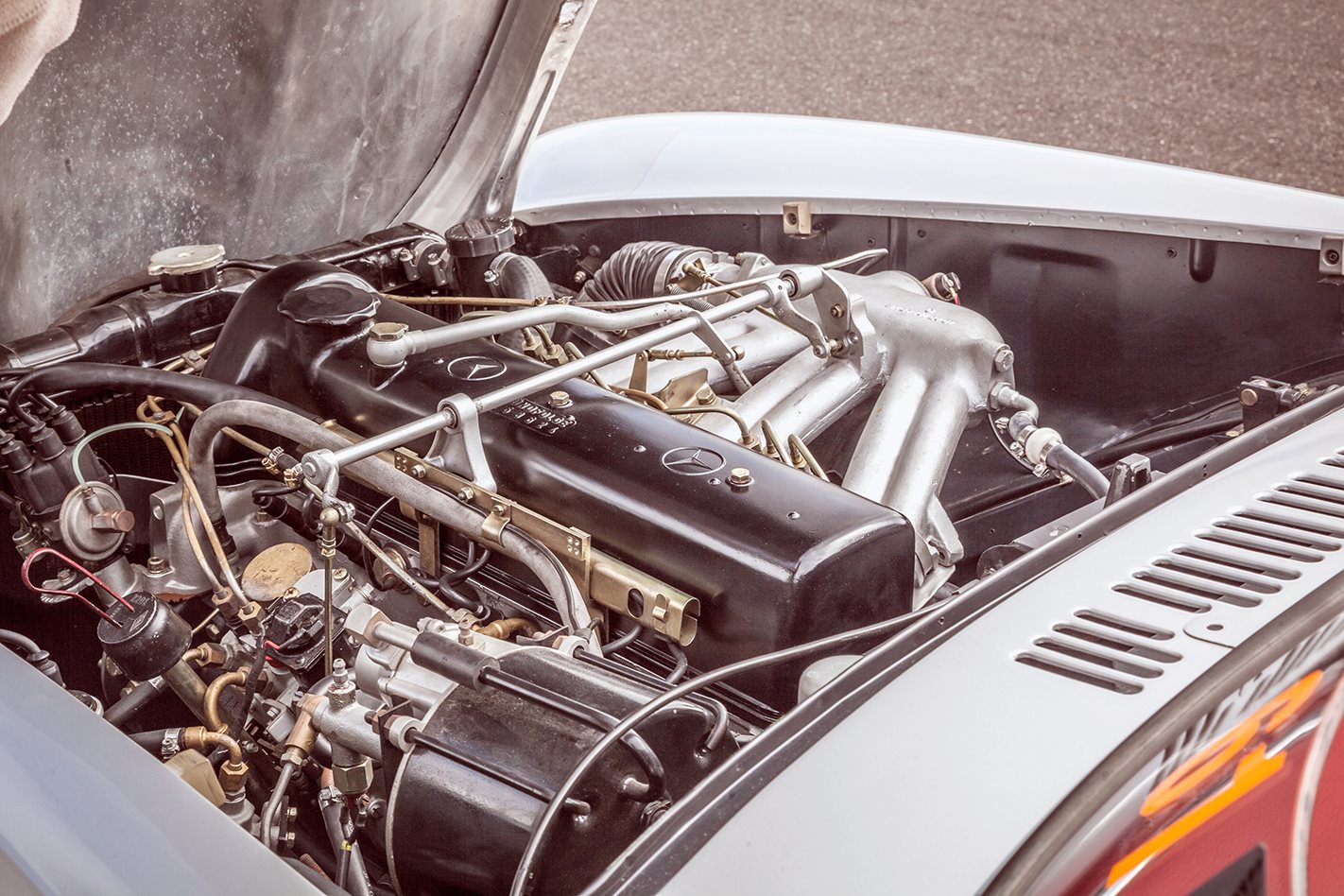 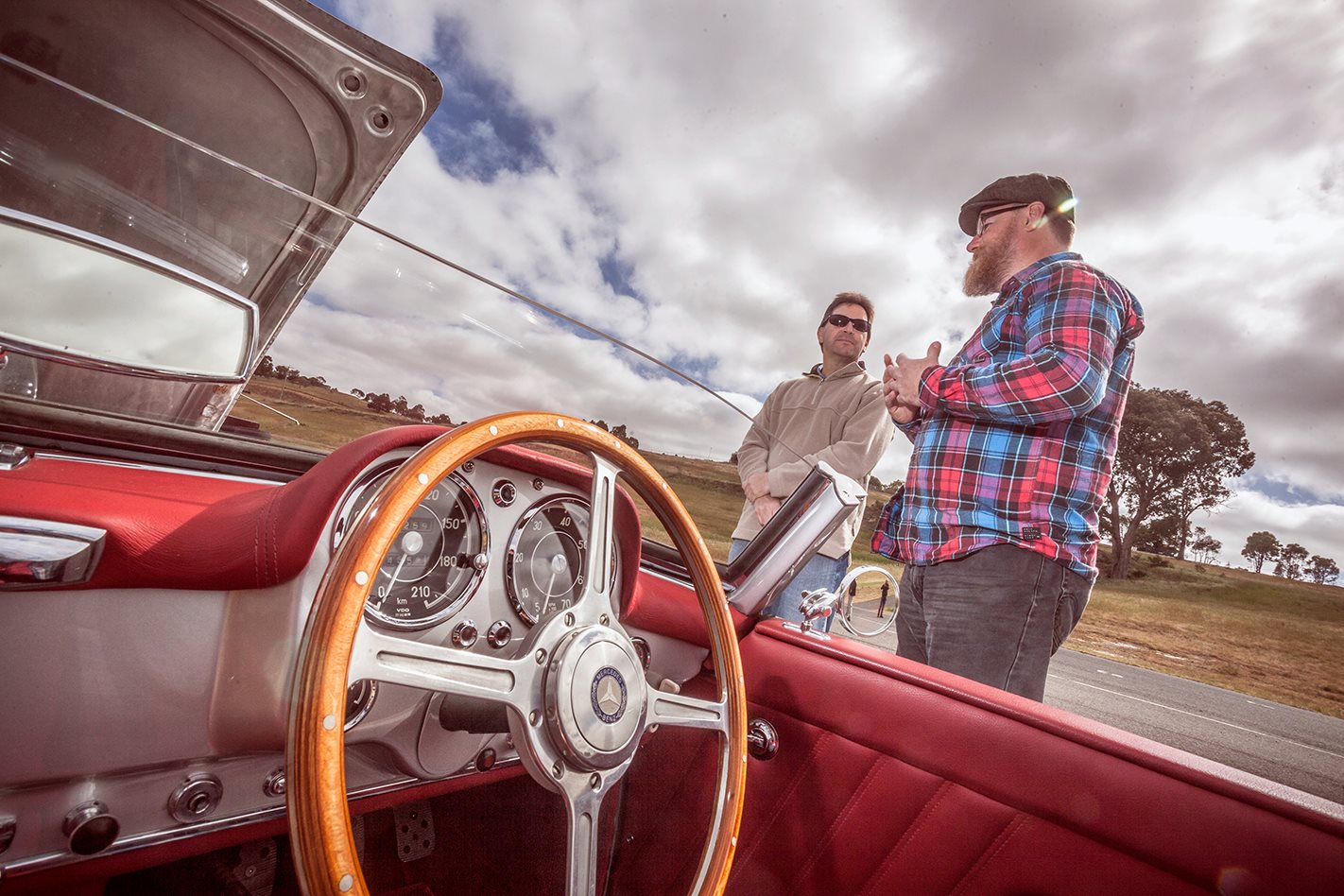 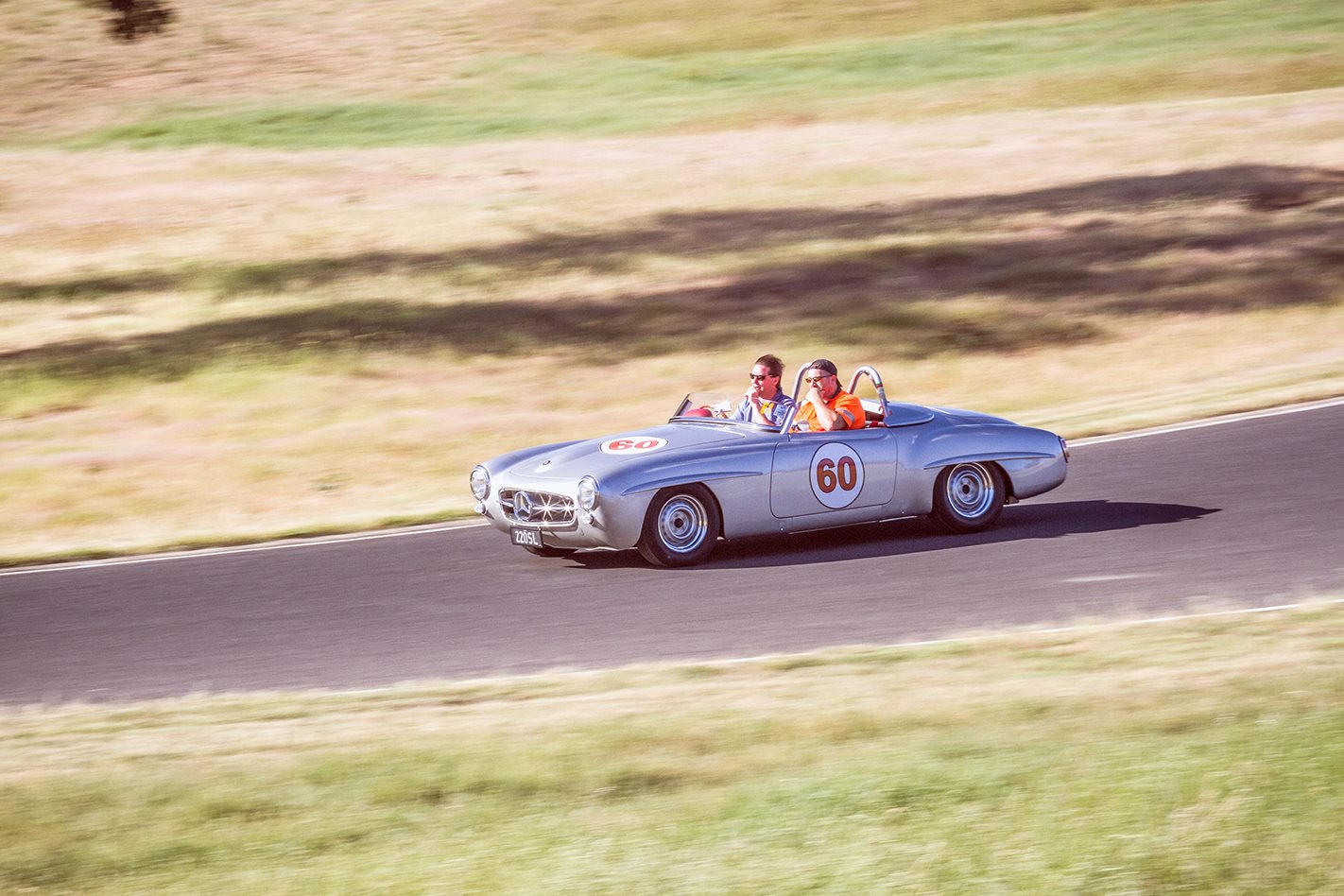