I’VE always had a thing for small cars and underdogs; technical savvy as a replacement for displacement. I could probably trace it to mum’s Minilite-shod, cage-equipped Escort Twin Cam, which would be thrashed around a circuit on Sunday and deliver us to school (noisily) on Monday.

I’ve had a lifelong lust for two particular cars, the first being the Porsche 911, one of which I now own. Both it and the Alpine, as it happened, were born within 12 months of me, both would be giant-killers in racing and rallying during my fascinated childhood, and both happen to be rear-engined.

The Alpine Renault A110 was launched at the 1962 Paris Motor Show. An evolution of the A108, it was designed to accept the drivetrain from Renault’s new R8 rear-engined sedan.
Capacities climbed from 1.1 to 1.6 litres during the A110’s 16-year run and the A110’s steel monotube backbone and fibreglass polyester monocoque body barely burdened the Alpine-tuned fours, with laughable kerb weights of between 565 and 750kg.

The bodyshell is a bit of an oddity. In effect there are two pieces; upper and lower, which are glued and riveted to the backbone frame. The moulds were made by hand and, as a result, the bodies were never entirely symmetrical, requiring a lot of hand finishing to ensure a workable result. Still, symmetry’s really not the A110’s thing. The engine is offset way to the left. I’d love to get one corner-weighted with a driver on board.

None of this was an impediment to the A110’s sporting success, though. What Alpine’s racing coupes were soon achieving at Le Mans, the A110 replicated in rallying. The A110 racked up a 1-2 at the 1971 Monte Carlo Rally, topping that with a 1-2-3 in 1973 – en route to winning the inaugural World Rally Championship.

Ove Andersson, who helped steer Alpine to the International Championship for Manufacturers title in 1972, once said “you wear it like a glove”. The A110 is tiny, but quite accommodating once you’re inside. There’s even a pair of kid-sized rear seat cushions.

The cockpit looks to be at 90 percent scale, but the ambience is that of 1960s production racer, not kit car.

Driving the Alpine was absolutely everything I’d hoped. This example, powered by a 1.4 derived from Renault’s R5 Alpine hatch, makes just 80-odd kW, but has only 700kg to propel. The power-to-weight ratio is about what you’d get in a contemporary Golf GTI, but it sounds and feels a lot faster than it is. What is going fast about, if not the feeling of going fast?

The engine’s sexy, sucky induction growl is my idea of mechanical music, and each barely engaged slot in the quickish four-speed ’box launches another verse from the carburettor choir.

The pedals are wildly offset to the right, but every control in the Alpine is just so beautifully, naturally weighted. The steering is the most deliciously direct I’ve ever experienced – not ‘kart-like’, because a kart’s is way heavier. I caught myself cornering
with my tongue.

It’s small enough to throw around and spooky enough to be hugely entertaining. The rear swing-axle suspension has a reputation to rival the early, short-wheelbase 911’s (and the Alpine’s wheelbase is 111mm shorter), and it was most noticeable in the rapid
build-up of load on Broadford’s two longest corners.

The rear end feel was probably exaggerated by the wet-compound tyres, squirming with the heat.

I barely drove anything else on the day. Almost all were cars I had driven previously anyway, but I just wanted to spend all the time I had with the Alpine. I totally loved this car. There’s only one that I want to own more. And I can’t afford them both.

ALPINE is synonymous with the French coastal town of Dieppe, but the A110 was also built under licence in Spain, Brazil and Mexico. Annual production generally topped four figures, whereas Alpine’s earlier A106 and A108 models had totalled just a couple of hundred each.

Colin Stark, of Australian Alpine specialist Alpine Affaire, estimates there’s now about 20 A110s in Australia. Most are Mexican-built, basic in spec and fitted with 1.4-litre Renault 12 engines. They’re less prized than Spanish cars, and much less than French ones, capped by the Renault 16-powered 1600S.

The A110 was only ever built in left-hook, but a RHD-converted, French example sold in Australia recently for $110K.

Melbourne-based Greg La Manna’s Spanish-built 1972 A110 featured here is fitted with a 1397cc engine derived from the Renault 5 Alpine hot hatch. La Manna is a confessed car nut, with an interesting and ever-changing collection. He’d only bought the A110 (from Stark) a couple of weeks before our drive.

And now he reckons I should buy it. 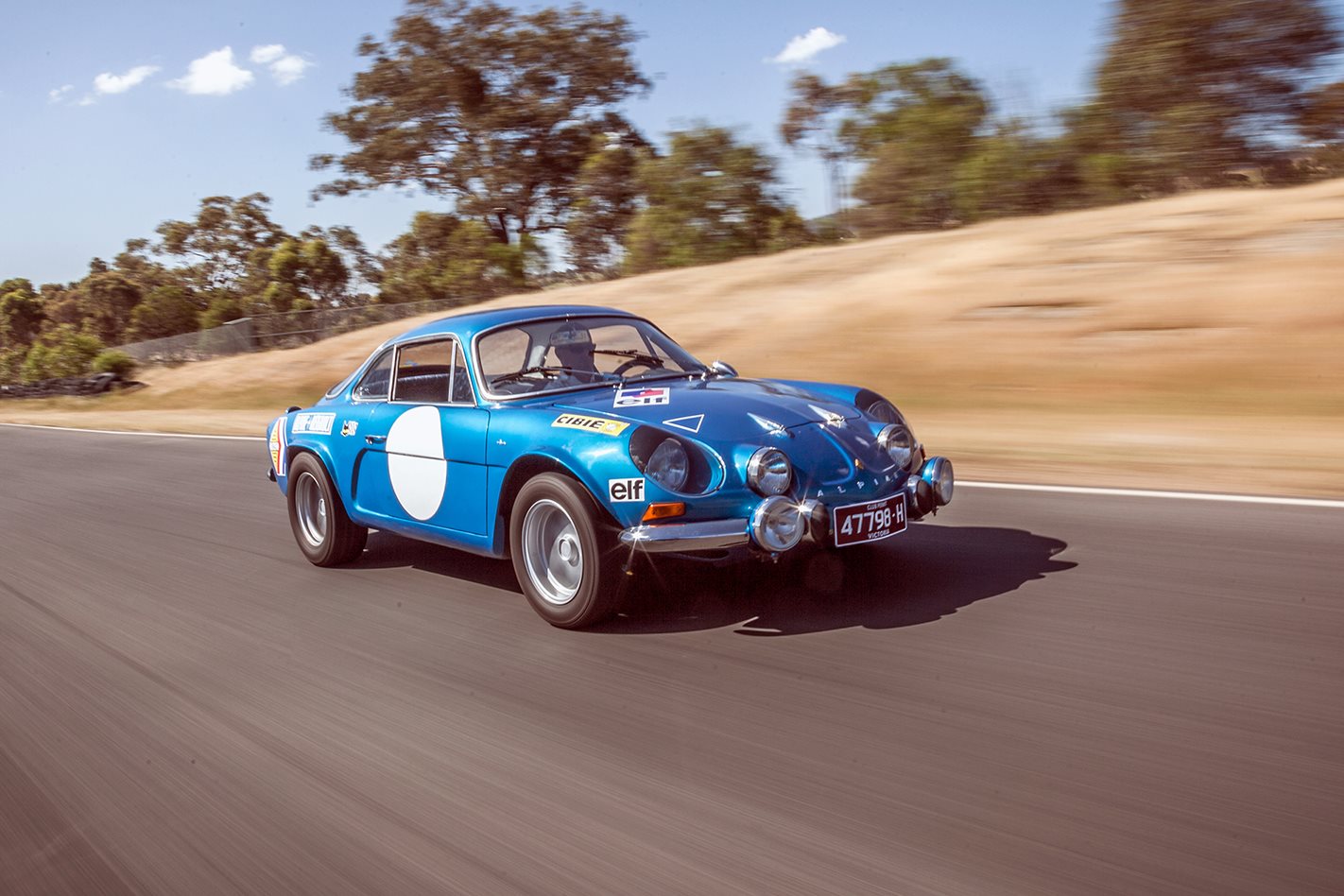 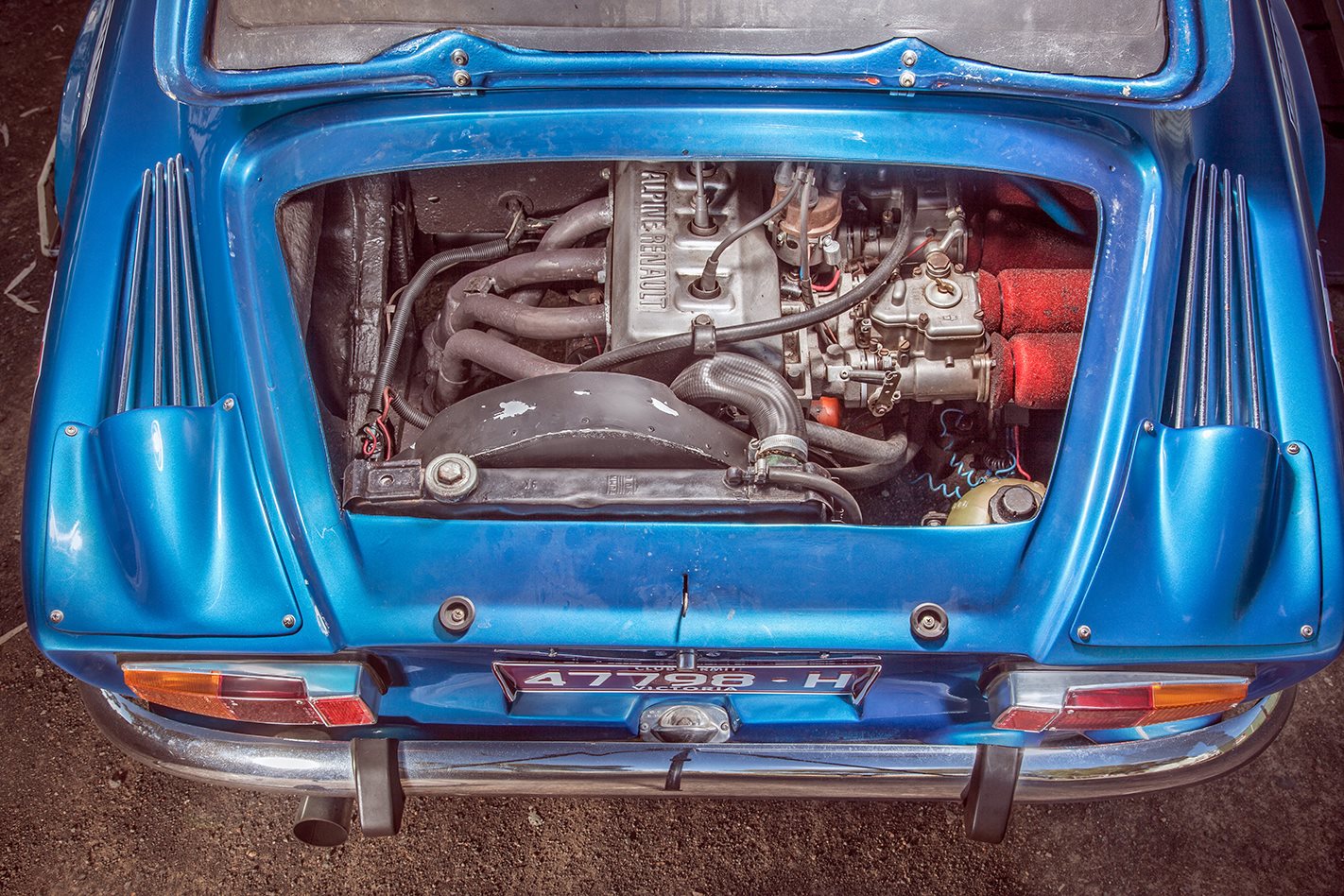 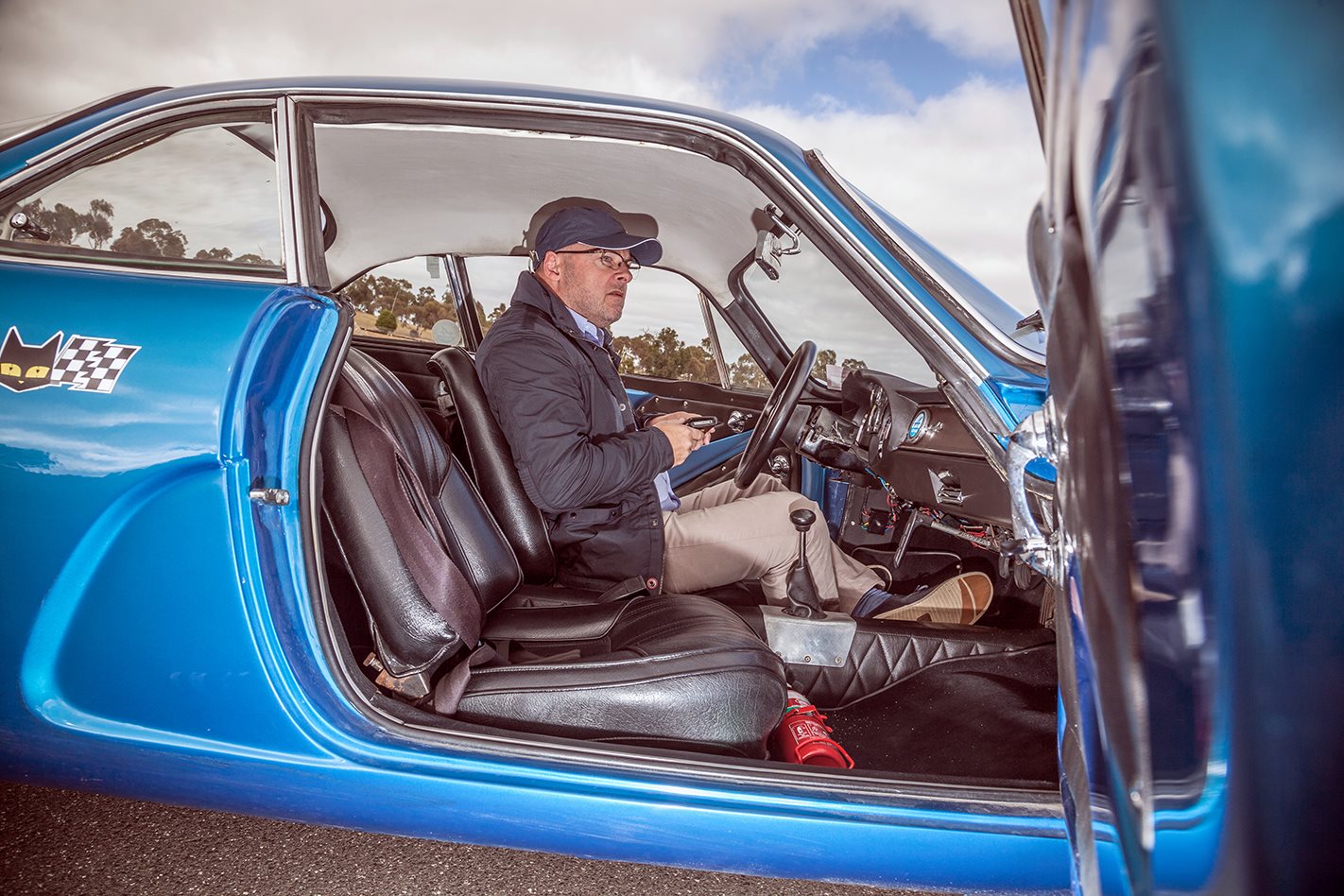 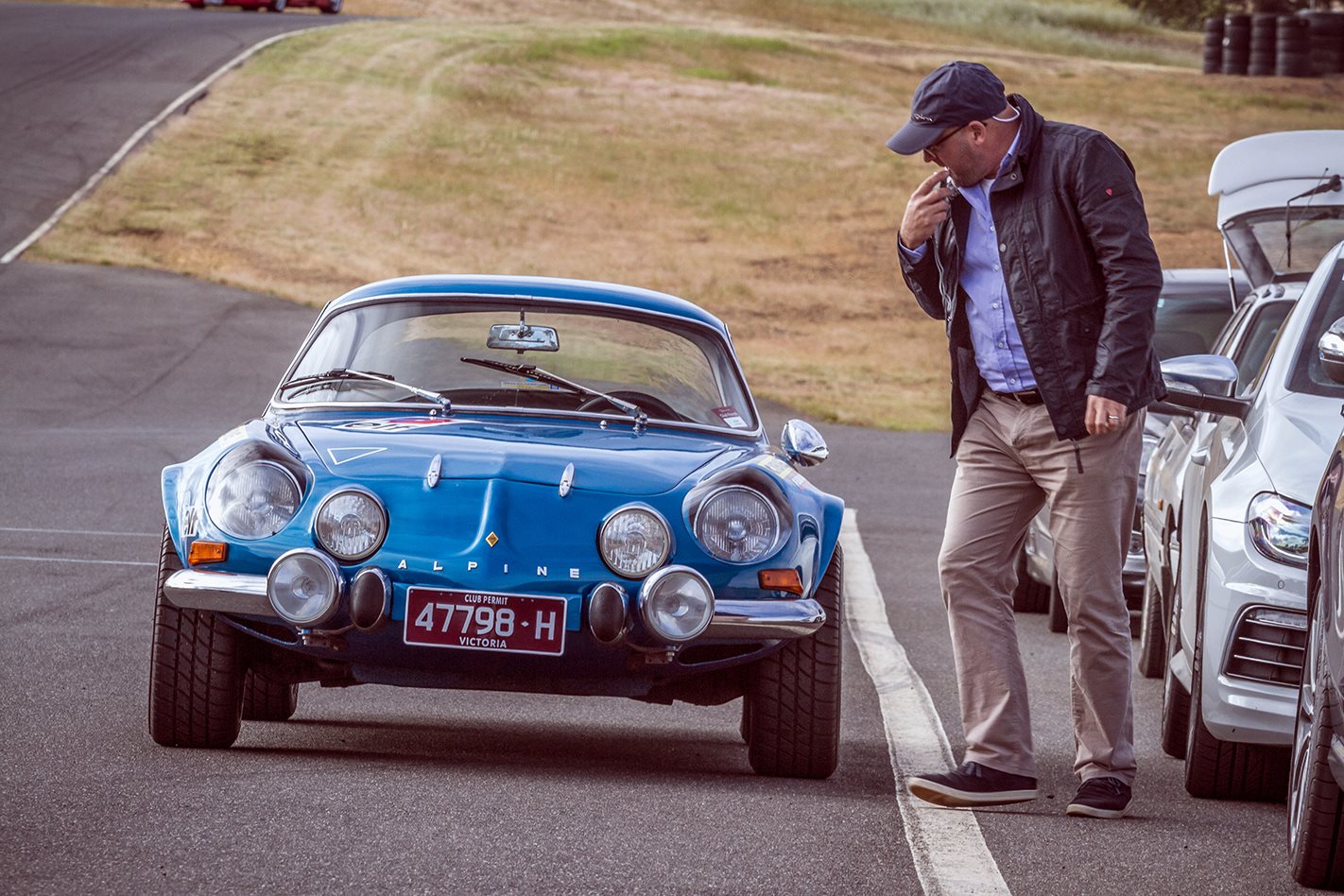 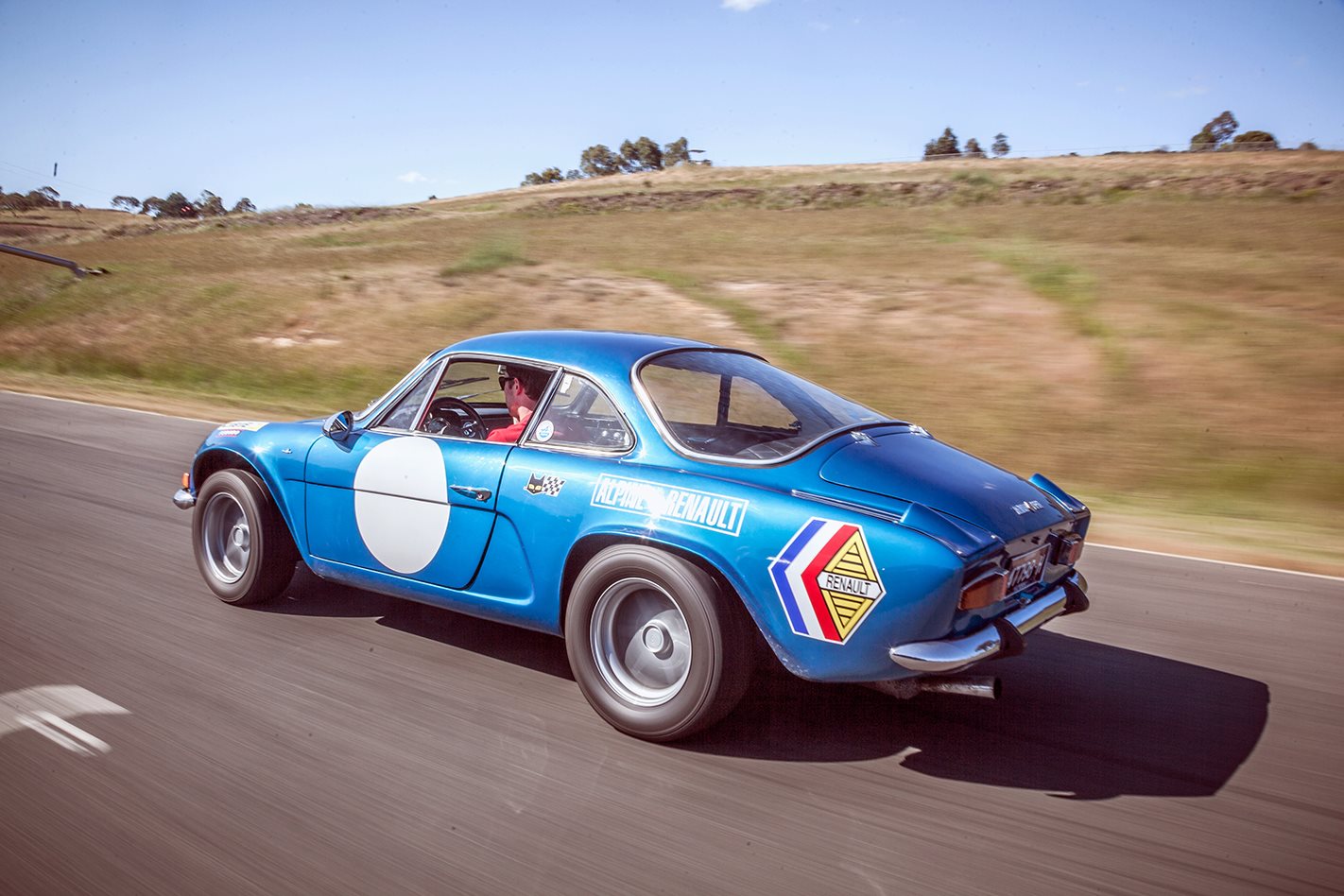 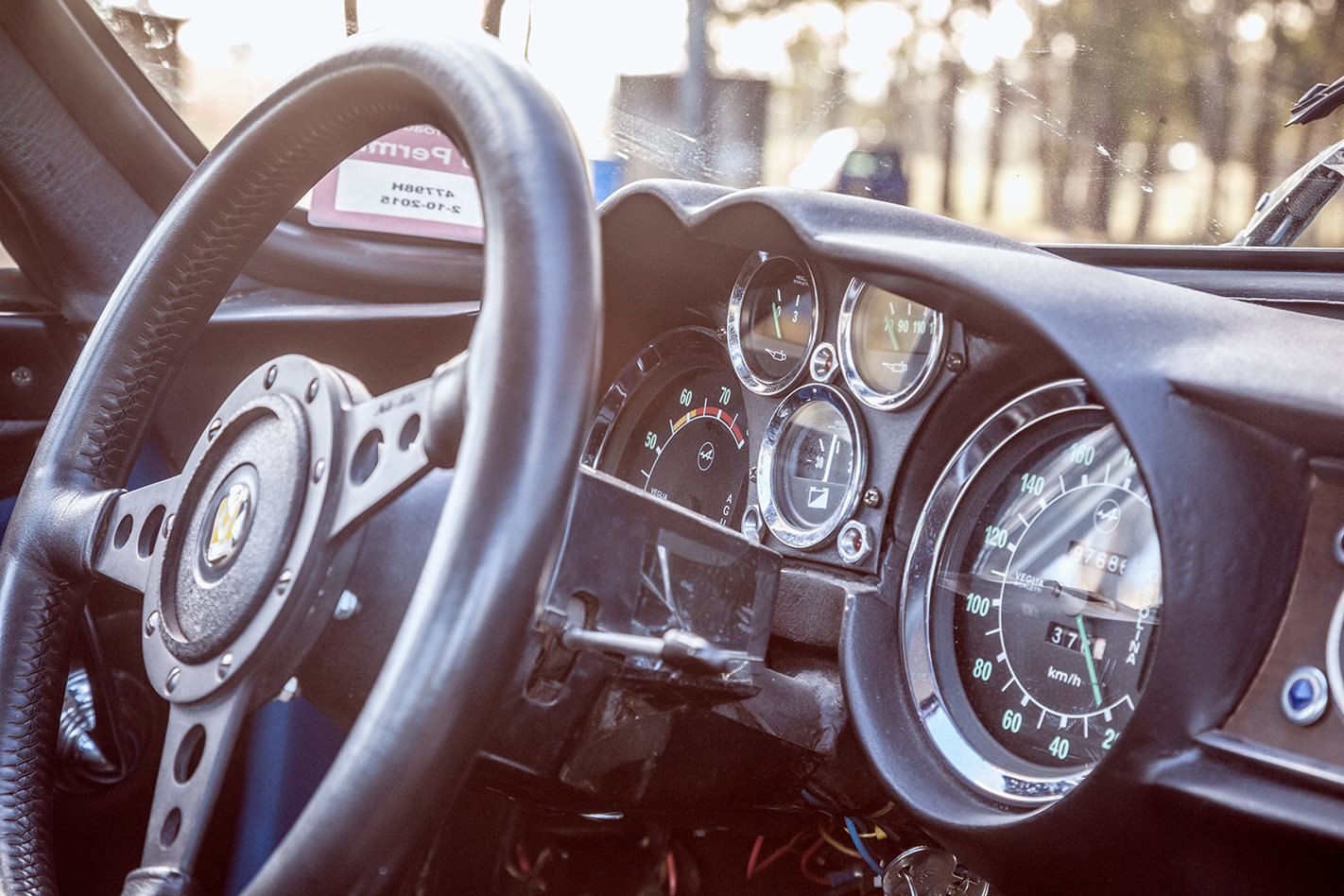