Can you drift an electric car? 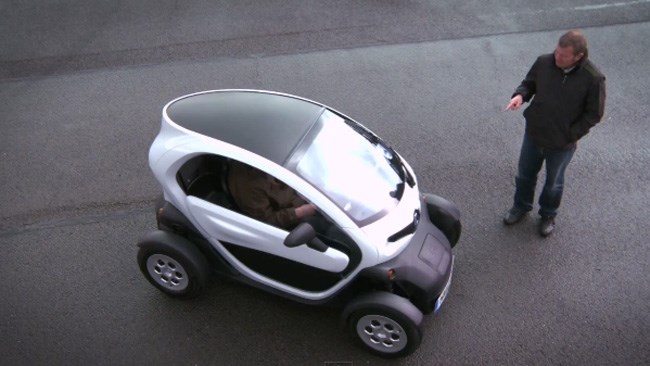 We've seen 'Will it blend?' and now thanks to our colleagues at UK motoring mag <i>Autocar</i> comes 'Will it drift?' — the first instalment of which features a 12.5kW electric-powered Renault Twizy.

We've seen 'Will it blend?' and now thanks to our colleagues at UK motoring mag Autocar comes 'Will it drift?' — the first instalment of which features a 12.5kW electric-powered Renault Twizy.

The Twizy — with its futuristic 1+1 golf-kart looks and planet-saving lithium-ion powertrain — is geared more towards those looking for a cheap and practical city car than the sideways-loving drift crowd.

However, motoring scribe Steve Sutcliffe was determined to get the Twizy off-kilter, and with a little help from a slippery surface and some typical English weather he managed, quite convincingly, to coax the Renault into a controlled slide.

To some this came as no surprise. The Twizy — despite its woefully weedy engine output — features a mid-engine, rear-drive layout (just like a Ferrari) and has a chassis designed by Renault's performance division, Renaultsport.

The Twizy was released in France and the UK earlier this year. Unfortunately, it's unlikely that the Twizy will find its way on to Australian shores any time soon though due to its legal status as a quadricycle — which the Australian government doesn't allow on public roads. 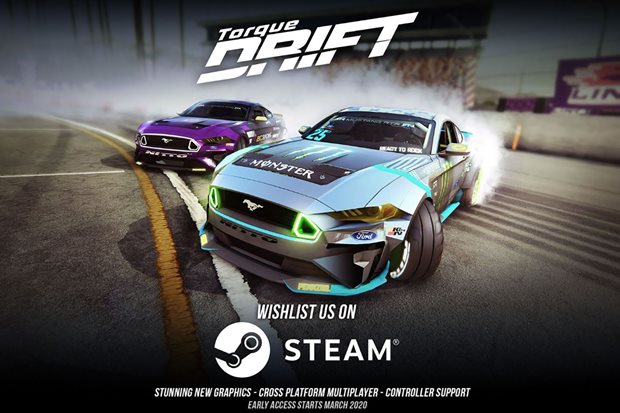 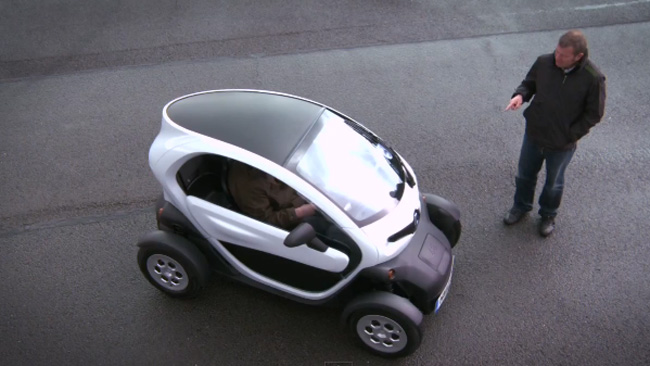 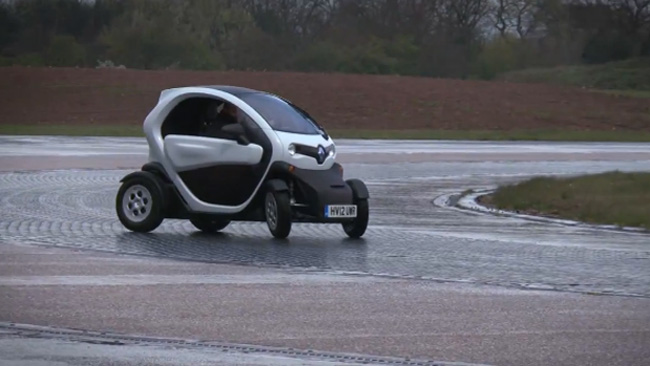 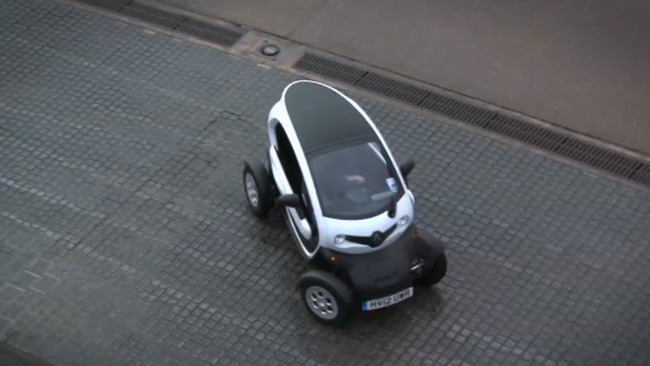