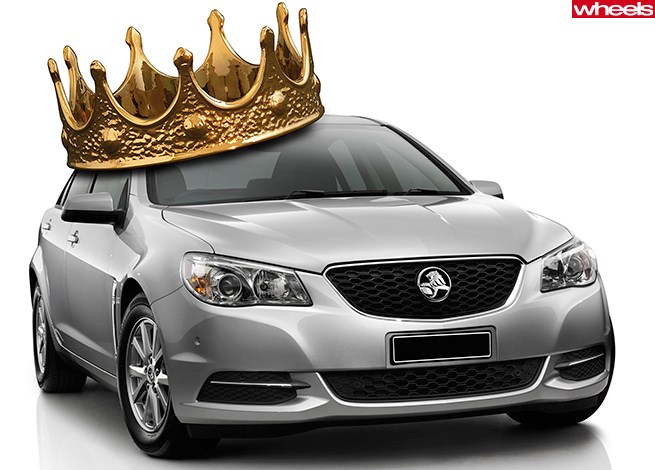 If Tony’s handing out peerages, how about long-overdue automotive honours?

Thank God – and Queen and country – for Tony Abbott. At a time when too many people are worrying their pretty little heads over trifles and trivialities like housing affordability or the Budget deficit, he’s cut straight to the blue-bleeding heart of what's been really ailing our country, a lack of peerages. A damnable lack of dames, duchesses, lords, ladies and good knights.

But with his recent announcement of the return of monarchist monikers, he missed out on a group that's obviously crying out for this kind of recognition, a collection of well-loved icons fast becoming as anachronistic as the idea of knighthoods itself. That's right, he needs to recognise Aussie cars for their outstanding contribution to the lives of all those who grew up until this point in our history, from whence the idea of our own, native cars will slowly but surely cease to exist.

So arise, Sir Commodore, and kneel just here, Sir Ford of Falcon, just before you put your neck on that block there so we can radically modify it for you.

Imagine the Special Edition run-out versions this would spawn, and how popular they'd be among the commoners. The ladies will be rushing to buy the Dame Fiesta and Lady Barina and fans of the classics will have tears in their eyes as the Duke of Camira and Duchess of Cortina are given their druthers. No Sir in the title for them, sadly, as they weren't really knight riders.

Would sales arise Sir Camry for Toyota, or would Tony be against any Japanese relations getting a gong? A man with such a fondness for the past is probably still quite angry about the War.

There's also something about the idea of a properly bogan vehicle wearing an honorific. The Duke of Maloo would bring a certain class to the Denny Ute Muster, you've got to admit.

Clearly a posthumous knighthood is also in order for Peter Brock and frankly it's just a shame that Tony doesn't have the power to hand out the "Prince" title, because that would have worked just beautifully for the Valiant.

Our roads, and indeed our whole country, will be better place. Thank you, Sir Tony of Warringah.