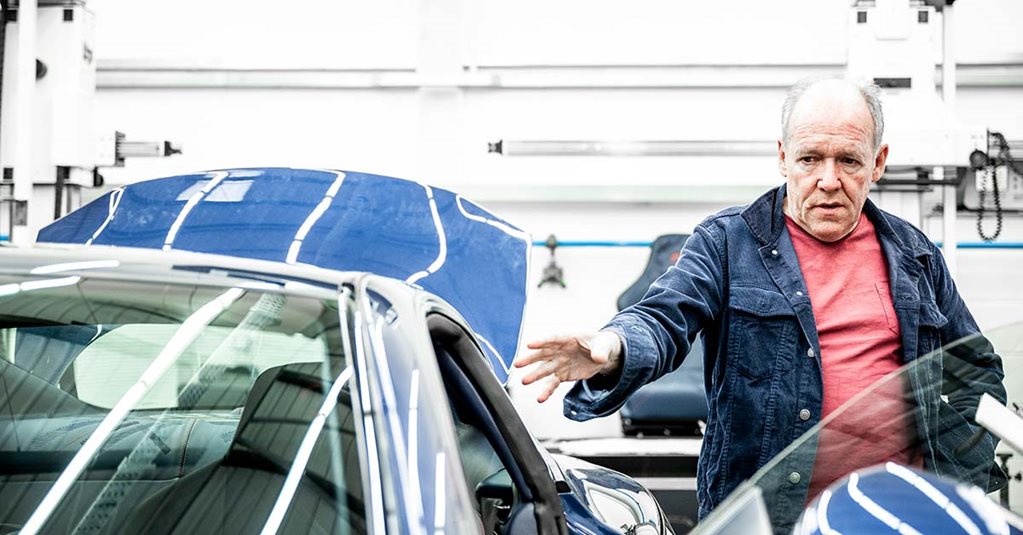 The guest editor of Wheels’ Design Issue, Ian Callum, gives Ben Oliver a tour of his new digs and reveals the seven things they don’t teach you in design school 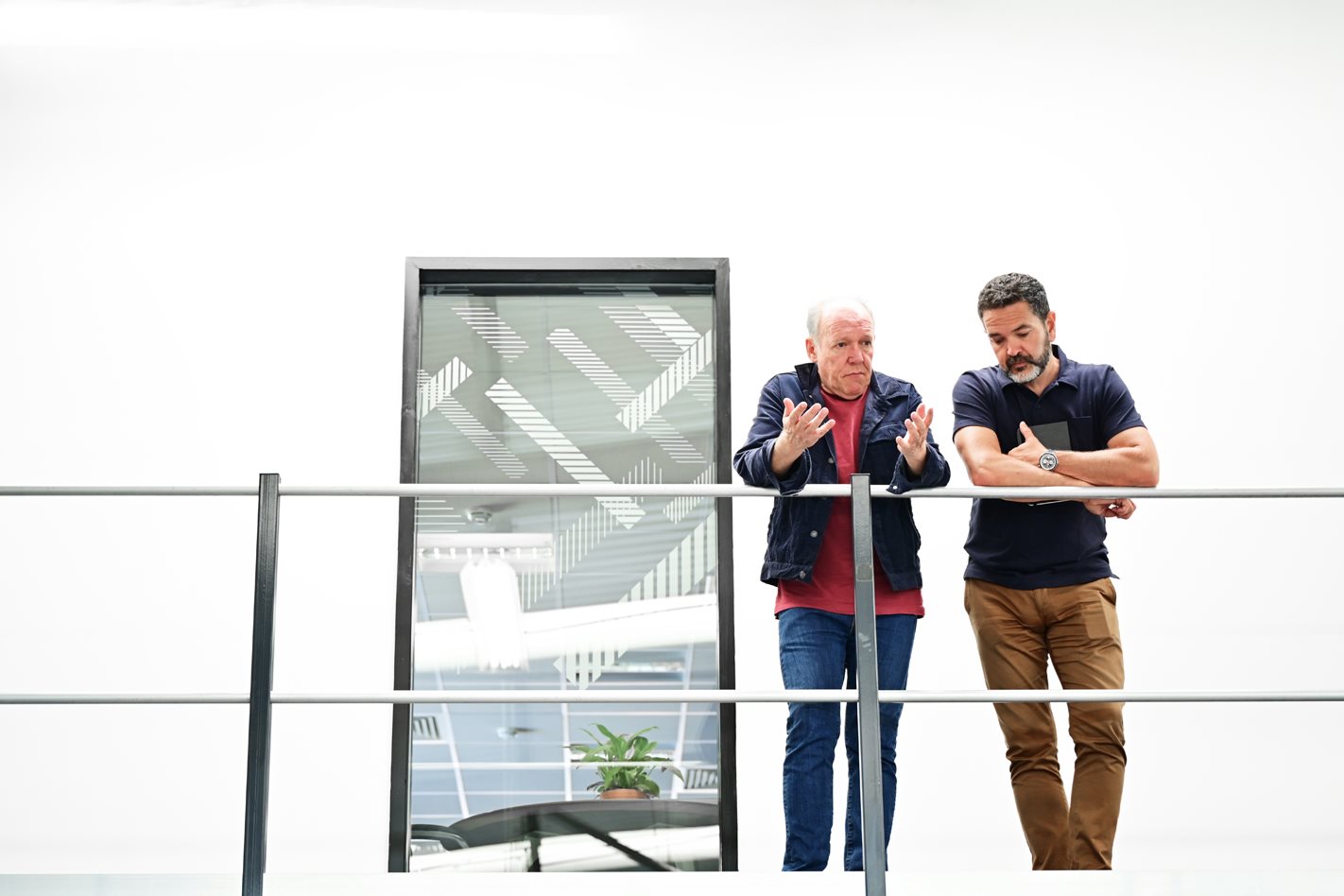 You might wait a decade to design your first car, then you won’t get the credit

I started at Ford. I did 10 years there. I worked on various bits of cars but the majority of my time was spent on steering wheels, bizarrely. I very seldom got a chance to work on a full-size clay model, which is what every young designer dreams of. It was frustrating. Eventually I ended up at Ghia, where I found myself working on full-size cars for the first time in my career. And when you do, it’s very competitive. You have maybe five or six designers putting their ideas forward, and only one of them will get to see that idea through. They’ll feel ownership of it. It’s not egotistical or political, necessarily. It’s just a creative thing. You just want to be the person creating that car. 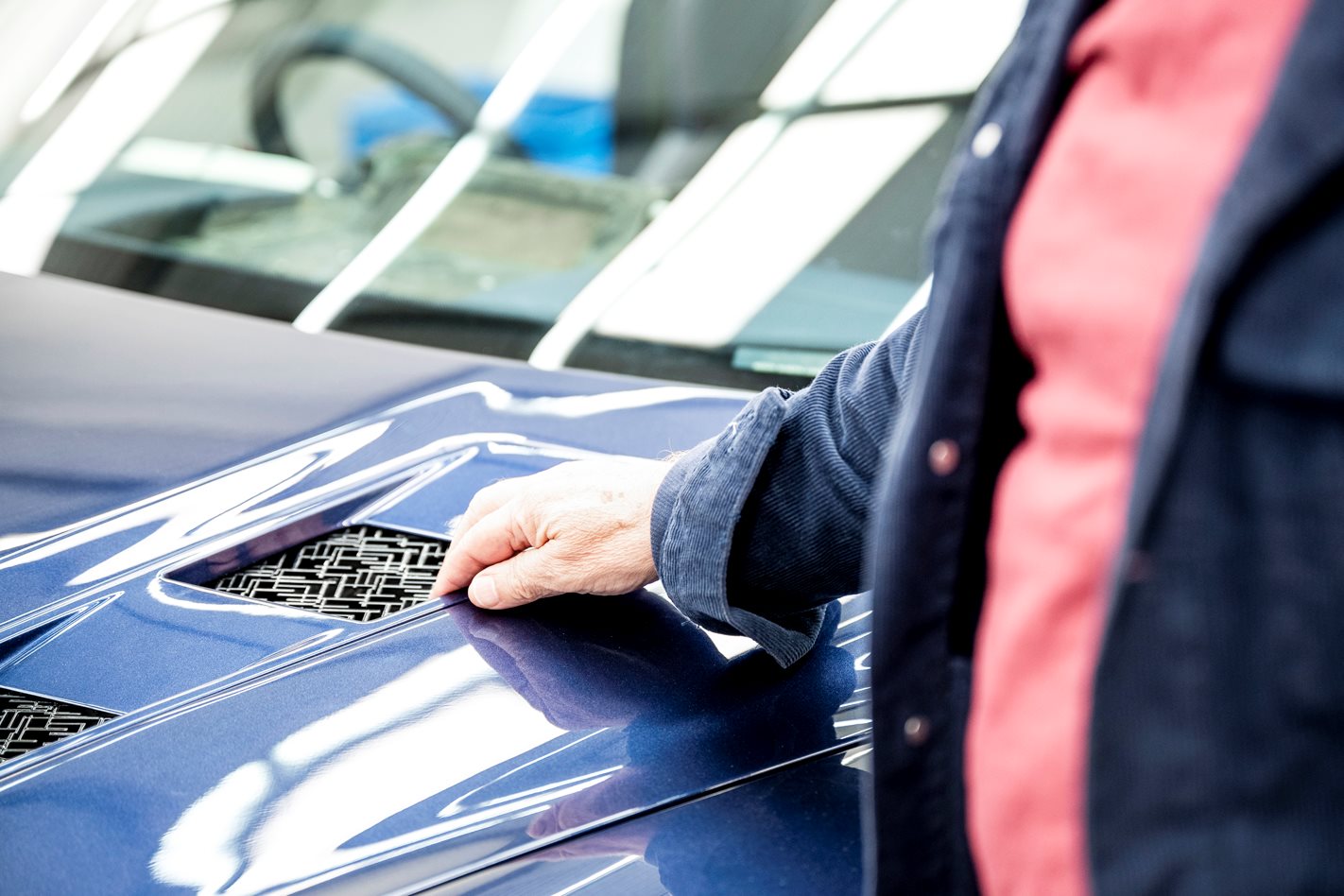 Read next: Ian Callum on the future of design

But you can’t often pin a design on one person. There’ll be somebody who starts it off, then others get involved, and then I’d get involved as Design Director, and I was always very much hands on. We have to be quite ruthless, with ourselves and with individuals. You’re dealing with some sensitive people in the creative world, and it’s tricky when you’re rejecting their designs. Julian Thompson [Jaguar’s former Creative Design Director, and Callum’s successor] would say to me, “Are you going to tell him it’s not his?” and I’d say, “I think you should tell him, Julian, he works for you.” We’d have this stand-off over who was going to let the poor chap know his design hadn’t won.

Even when the suits let you get on with it, you won’t always get it right

Pure concept cars are very rare, but at least they’re almost entirely the domain of the design team. In 20 years at Jaguar we only did three. Two came right at the beginning, because the X-Type had just come out and XJ was about to be launched, and it would be a while before we’d get a chance to show what we could do with production cars. We did the R Coupe to show the world that we’d arrived and to demonstrate how a Jaguar could evolve and break away from the traditional. The R-D6 was to demonstrate our new V6 diesel. And then of course the ultimate expression was the C-X75, which we created purely as a concept car to celebrate 75 years of Jaguar. Its packaging, size, everything was set by the design team. There was no production intent. We just wanted to do something purely from an artistic point of view, to show the world how beautiful a car could be in the modern idiom.

We did the C-XF to create a bit of a buzz, probably six months before the first XF came out. But we exaggerated it too much. We couldn’t help ourselves. We indulged in a lower roofline, bigger wheels and sliver lamps. And rather than the XF coming out with a great euphoric notion of newness, because it replaced the S-Type, it was overwhelmed by the radical proportions of the C-XF. You couldn’t get in the back of the concept, it was so low. It was hugely impractical. So I said to the team, “I’m never going to do that again. We will not over-promise.” So when you see a concept from Jaguar it tends to be very close to reality. That frustrates designers because they want to express themselves and to exaggerate. But it’s a discipline you have to hold to.

When you’re replacing a car like XE or XF you know what the competition is, and your parameters are set by that. Your car has to fit in that box. Hundreds of attributes will be written for every new car, on dynamics, cost, dimensions, and everything else. That’s frustrating for a designer, because if you take the generic dimensions of the competitive set, you wind up with the same answer. So any good designer wants to break those rules. We challenge those numbers every time because if you take all your attributes off a 3 Series or a C-Class, you’re going to end up with the same shape. 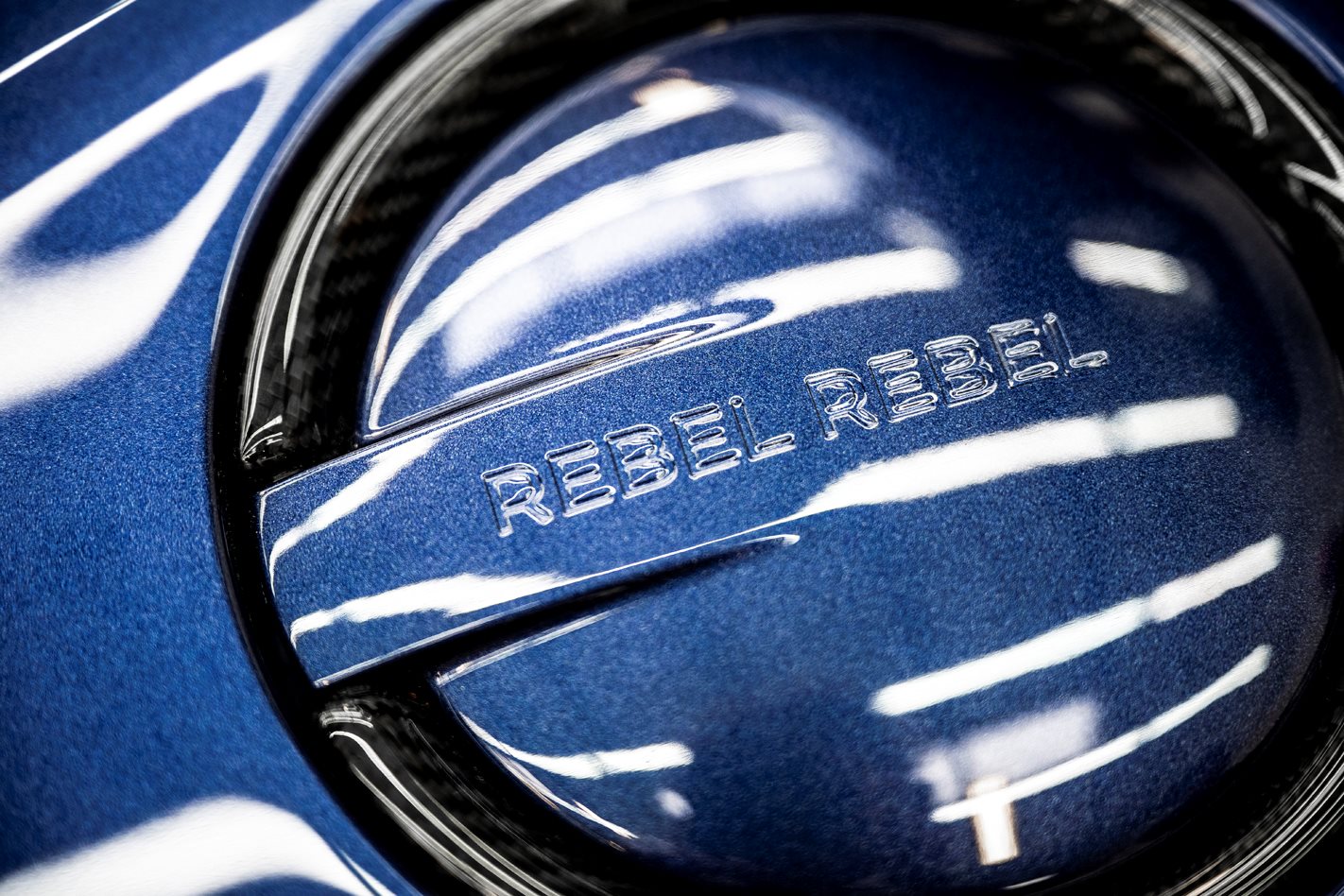 Read next: "You guys need a car industry back again": Ian Callum on car design

Somebody once asked me why, when they looked in the car park, all the deck lids are the same height. It’s because aero dictates that they should be there. And beyond that, you’ve got a boot capacity which you have to adhere to. At Jaguar, our remit was always to challenge that. That could cause some tension. But if you want the car to look beautiful, the ingress through the rear door, for example, might not be exactly the same as one of our competitive set.

As a designer you have to understand all these attributes, and challenge ones you’re prepared to lose on. But you play that game of losing a few battles to win the war.

XF was going to be the game changer for Jaguar design. It was replacing the S-Type. So we created 32 models of that car in various scales, all in clay, because our CAD in those days wasn’t as clever or as efficient as it is now – 32! The management knew we had to change the whole philosophy of Jaguar. We couldn’t go retro for much longer. And so they wanted to see all the alternatives. So that took us back to the old days: them saying, “You do the designs and we’ll choose the winner.” 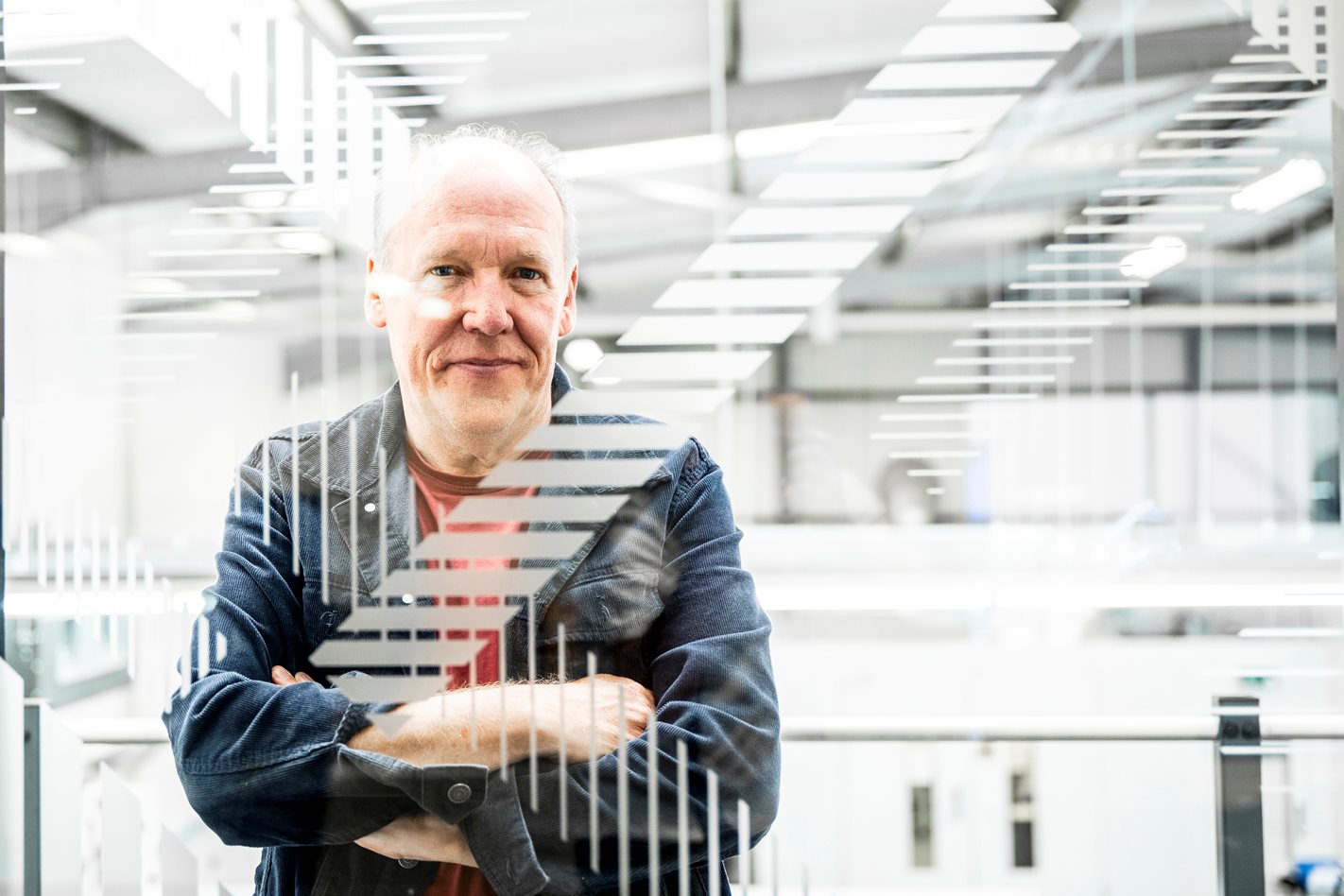 Politically that was very difficult. I knew what the car should look like and I steered the discussions very carefully but gently towards the car that I wanted. That’s when I learned to explain why I was doing things. Designers can be arrogant and say, “It’s that way because that’s how I think it should be.” I learned very quickly that that approach was not going to work. I had to explain why the grille was that shape, for example. And that got me through a lot of political nonsense. In my latter years at Jaguar, those 32 models had fallen to probably only two or three because the upper management had the confidence in us to get it right at a very early stage.

It ain’t over until the production line rolls

So you choose the basic design, and over maybe two and a half years, the clay model evolves to include most of those attributes. Eventually you freeze the design. At that point it meets most of what we, collectively, want from the car. This is what some engineers call ‘getting the clay out of the studio’, because they think it’s going to be turned over to them. Except it never leaves the studio because it still needs to be changed. We wouldn’t change anything subjectively at this point. We’ve passed the point of no return. It’s only ever a response to feasibility issues which need to be resolved. 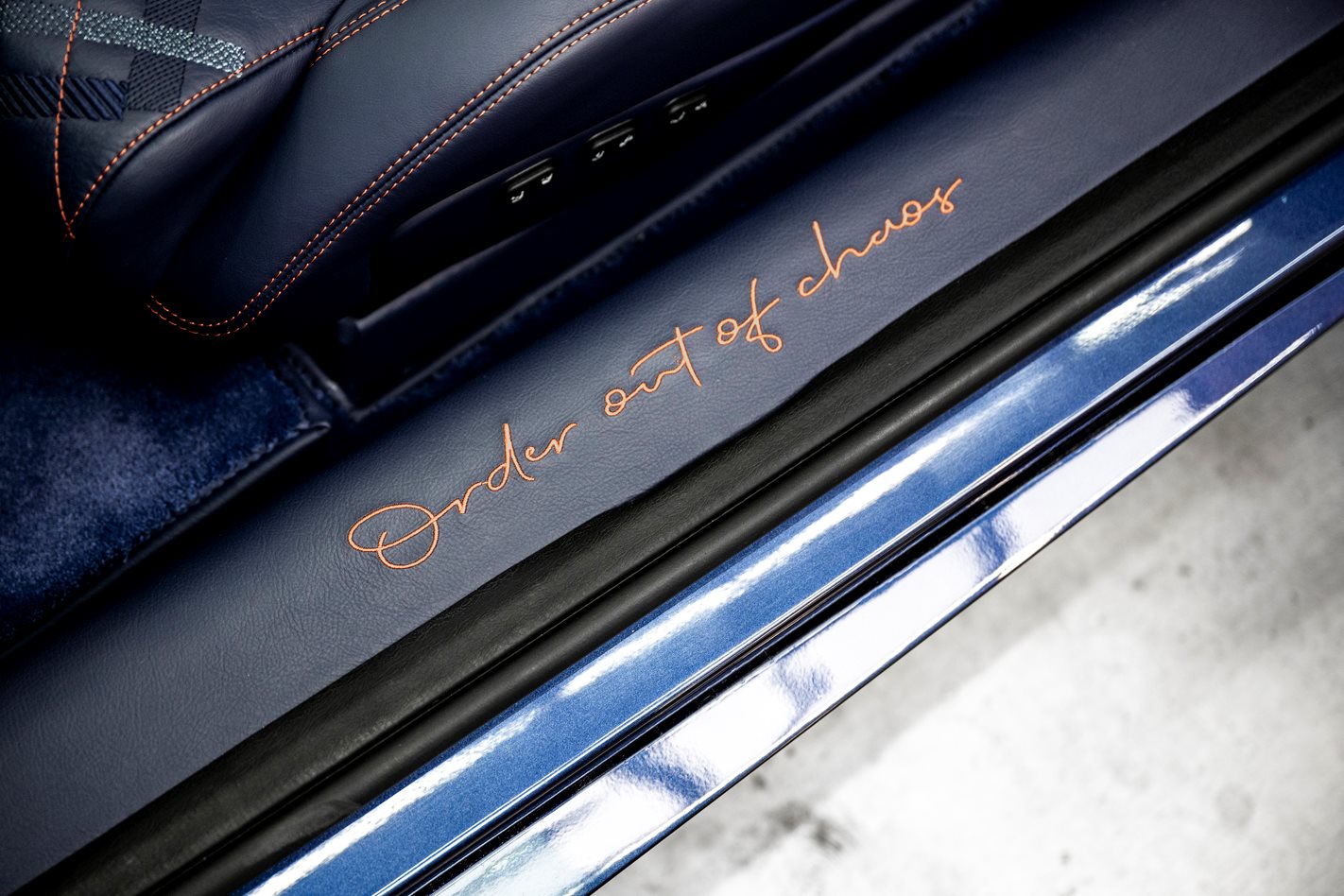 When we did F-Type we were changing the radii on the body at the 11th hour because of the tooling. Or suppliers come in and say, “We can’t make that door trim for that cost, so you have to revise it.” And if we change something, everybody else has to know, so that one reference clay is constantly being changed and scanned.

I struggled to understand that we’re only modifying to the needs of others, and these are not subjective design changes. You hear people asking to get the clay ‘out of the studio’ to stop these designers messing about. Well if we don’t fix it, who’s going to? Probably the designer’s most important job comes after the design is frozen, keeping the finished car looking like the dream they created.

When we designed the I-Pace, it didn’t have an attribute box because it didn’t exist yet. That was the freest we’ve ever felt. We did it cab-forward because we could. We didn’t need a long bonnet. We shifted the occupants around in the car, and that set up the overall package.

And we took that decision in design because, to put it bluntly, nobody was looking. And we also had a lot of freedom through the skateboard platform. It’s literally a level playing field.

So we started off with this SUV type of vehicle, but as we were evolving it, we realised this looked like nothing else in SUV-land. But nobody challenged it because they didn’t know what it was meant to be. It was just an I-Pace. And it got through the system. Whereas with the e-tron, Audi clearly wanted to emulate an existing form that people understood to be an SUV. 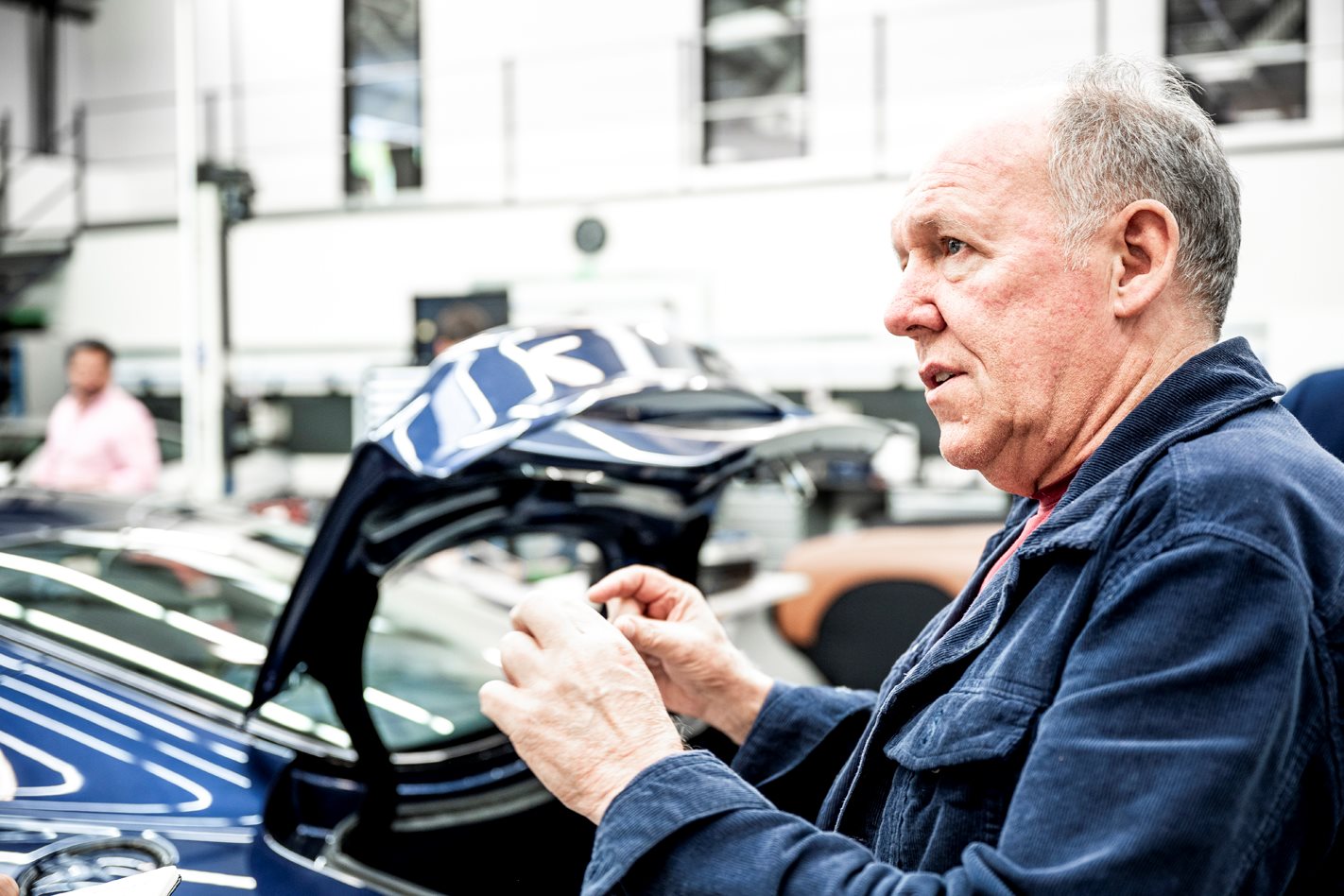 But other things have come into play now. The amount of features is starting to grow. The safety factors are starting to grow. So the package requirements of these things grows too. We may have gained something with the simplicity of an EV, but it’s almost been overtaken by other aspects. The shape of the car is determined by the human beings inside it. We sit in the car, our eyes at the top and our feet at the bottom. Until you put people’s eyes on their feet, cars will stay mostly the shape they are. So I don’t think EV’s will be as radical as we hoped.

For me, the cowl height is the very fulcrum of the car. With the I-Pace, I wanted the cowl height much lower, but ironically it was a windscreen-wiper package designed for a combustion-engine car that stopped us doing that. But you can’t re-engineer every part, and now the emphasis is on using as many components as you can for as long as you can.

Don’t sweat what you can’t change

Some designers say that safety regulations are causing us too many challenges, and that we can’t make beautiful cars anymore. But you can’t take that point of view, because they’re there for a good reason. 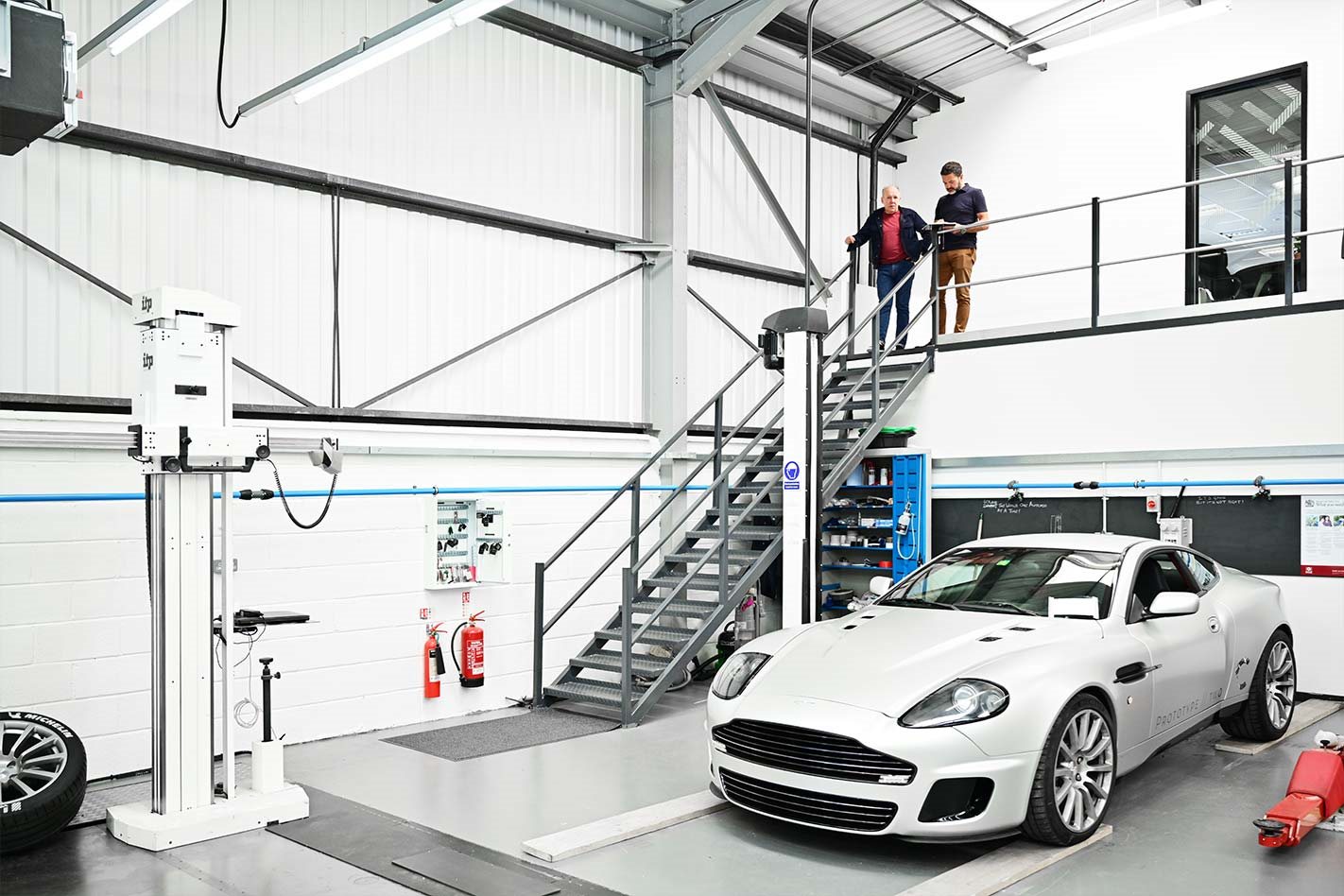 Nobody wants to go backwards. You may challenge whether they’re over the top, and sometimes you get into a conflict of regulations and attributes, like with stringent US rollover regulations which require a thicker A-pillar, which then might not meet visibility requirements.

Managing all this stuff is a huge, huge challenge. Some designers can’t accept that and have a hissy fit, until somebody explains that if they don’t just deal with it, there’s no car. Maybe I’m overly pragmatic, but I find pragmatism will get you to the right car with a lot less pain. Pragmatism can be beautiful.