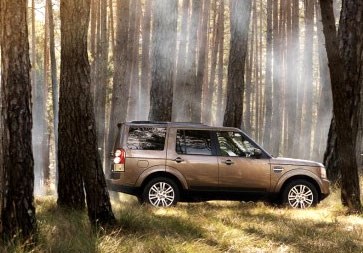 New Land Rover Disco sheds some of its tough exterior.

Designers and design-savvy types were the only ones who liked the look of Land Rover's Discovery 3's exterior. But the honest minimalism of the big brick on wheels was an absolute turn-off for most people, apparently.


Disco 4's exterior redesign is intended to make the big seven-seat wagon rather more cuddly. Don't like it personally, but the changes to lift the appearance and user-friendliness of the interior are more successful.

The Disco 4's most important changes, though, lurk under the skin. Like the new Rangie Sport, the Disco benefits from new (for Land Rover) 180kW 3.0-litre V6 turbo-diesel and 276kW 5.0-litre V8 petrol engines.

At the same time, Land Rover has sought to improve the Discovery's on-road driveability. A bunch of new suspension hardware lifts the Disco's handling score noticeably. It steers better, corners better. Modifications to the software in charge of the Disco's computer-controlled off-roading bits bring incremental improvements on most surfaces.

The 180kW turbo-diesel engine (detuned a little compared with Jaguar versions, the better to cope with towing) is the engine that feels most right in the Disco 4. Although the old 2.7-litre will continue in a lower-priced ($68,490) entry model, the 3.0-litre SE ($81,990) and HSE ($94,990) models have more power, consume less fuel and are more refined. The 5.0-litre petrol V8 ($126,460), smoother, quieter and much thirstier, seems purpose designed for those who don't understand that real Land Rovers these days are not fitted with spark plugs.