How to optimise your car's cooling system

THE SUMMER heat reminds us that a proper cooling system is critical to the life of your engine and the enjoyment of your street machine. Few things are more stressful than sitting in traffic watching your temp gauge rise. It’s the same as having bad brakes; you can’t relax because you don’t know what is going to happen next. We build cars to enjoy them, so we don’t need overheating. 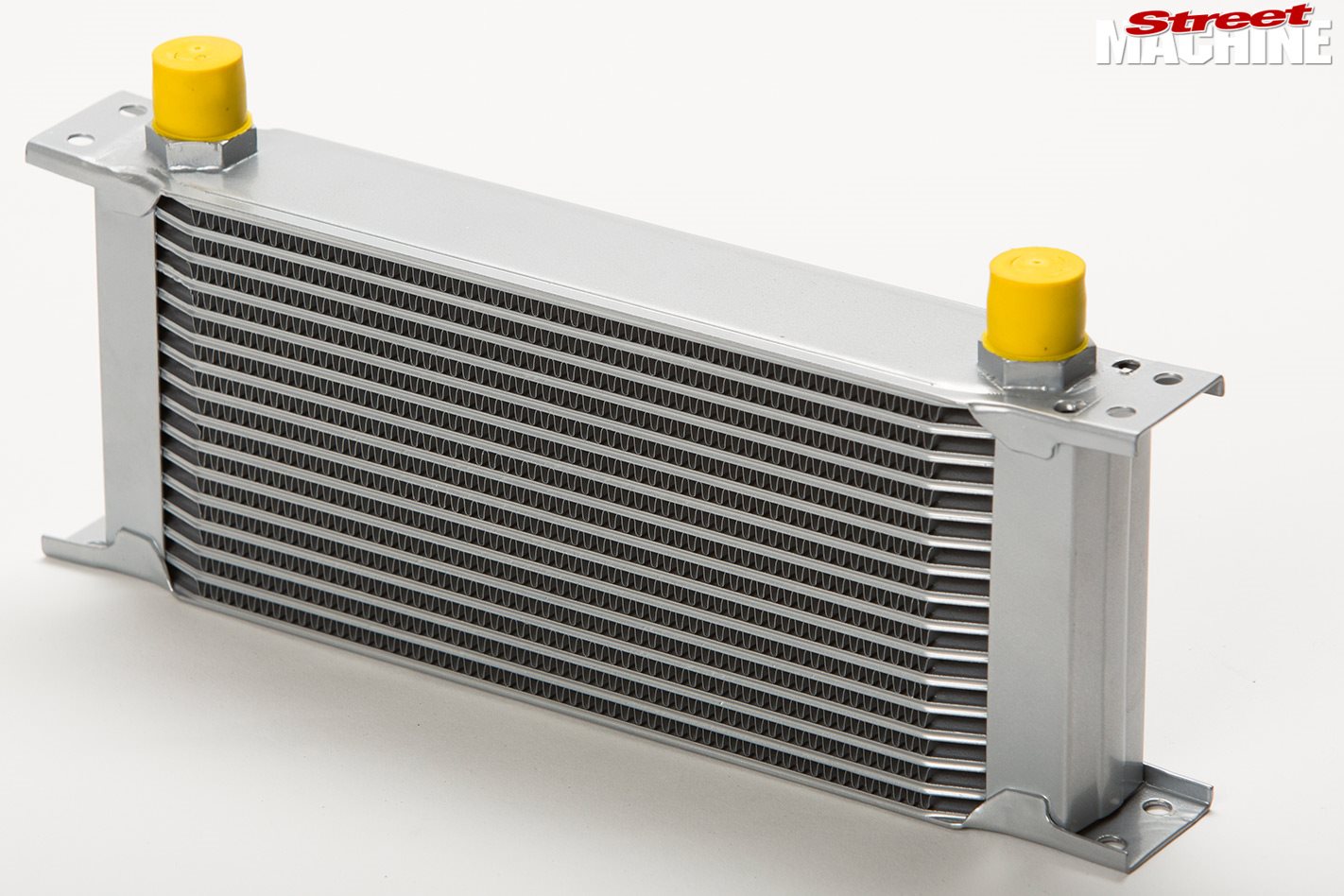 Every engine should be able to operate as a stationary engine where the cooling-system heat transfer is equal to or greater than the thermal energy created by the engine. This is the best test of any system. A car should not overheat after standing at a long traffic light or in a traffic jam. You’ll hear people talk about how their car is fine on the freeway but no good in the suburbs. This means that their cooling system does not have enough thermal capacity.

The three factors that determine the efficiency of a cooling system are the water-flow rate around the system, the airflow rate through the radiator, and the heat transfer surface area of the radiator.

The water-flow rate is rarely the problem, because the manufacturer’s water pump is designed to give the correct flow rate for ideal flow through the radiator for best efficiency. The flow rate should include the thermostat. Obviously a blocked radiator is a source of flow restriction that needs to be checked. 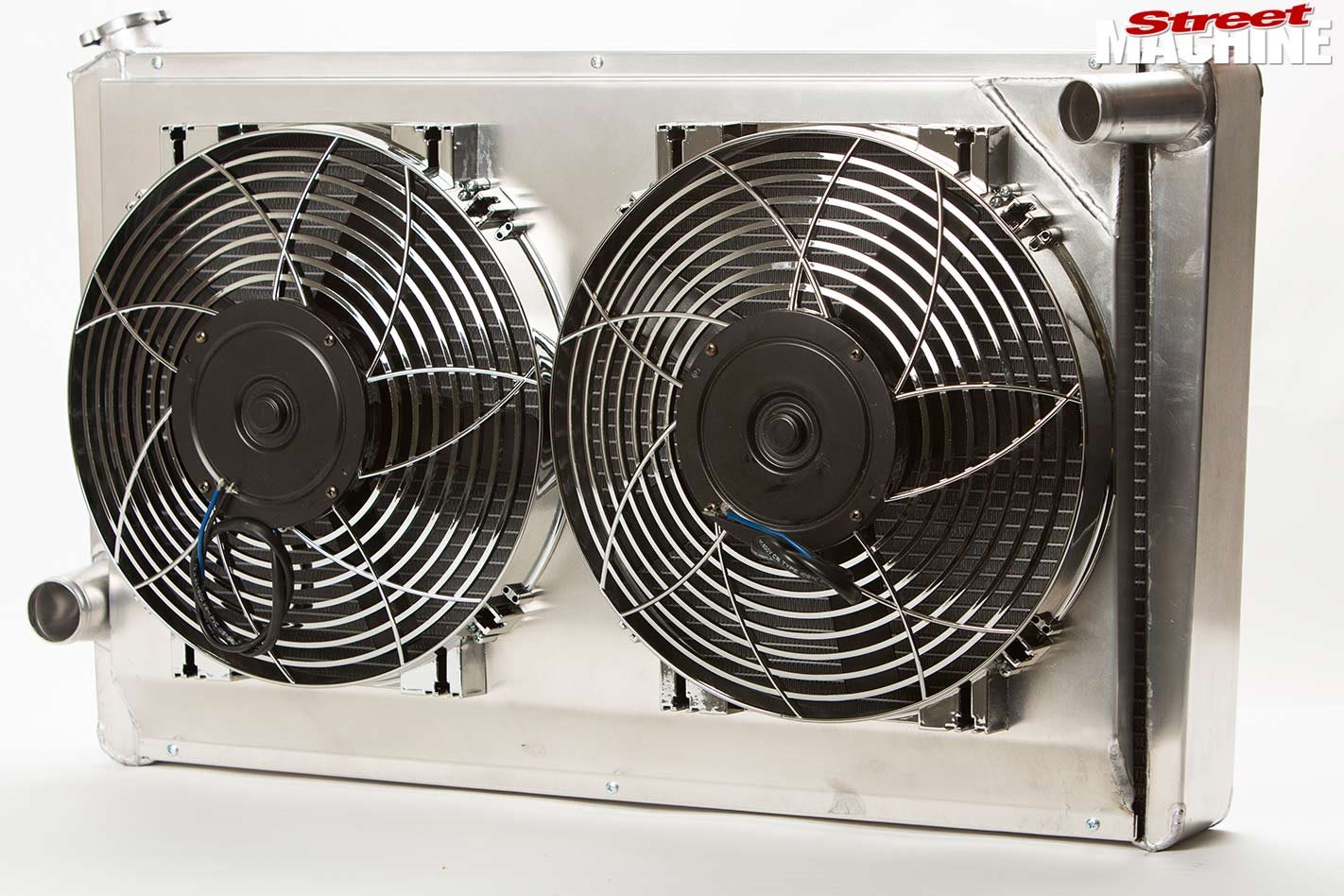 The airflow rate is controlled by the fan. Remember that airflow created by vehicle movement is a bonus, and usually matches the extra heat generated by the engine in moving the vehicle along. The fan must draw enough air to transfer all of the heat in the system. Engine fans have big fan offsets and draw large volumes. Shrouding will ensure that more of the air drawn comes through the radiator. Fans fixed to the radiator will automatically pull all of their air through the radiator, but you need to look at the fan characteristics to ensure you get maximum airflow. Data is readily available from good manufacturers. Too much airflow is rarely a problem, so choose the highest-cfm fan you can fit!

A curved-blade fan is the quietest, but they are directional and need to be mounted and wired correctly. Fans with a circumference ring have up to 30 per cent better flow than those without, which is why fans without rings are rare these days. Remember that, being a DC motor, fans are happy to run backwards if the power and earth wires are swapped, so be careful when wiring them up. You don’t need the abuse your mates will heap on you if they catch you with the fan running backwards! 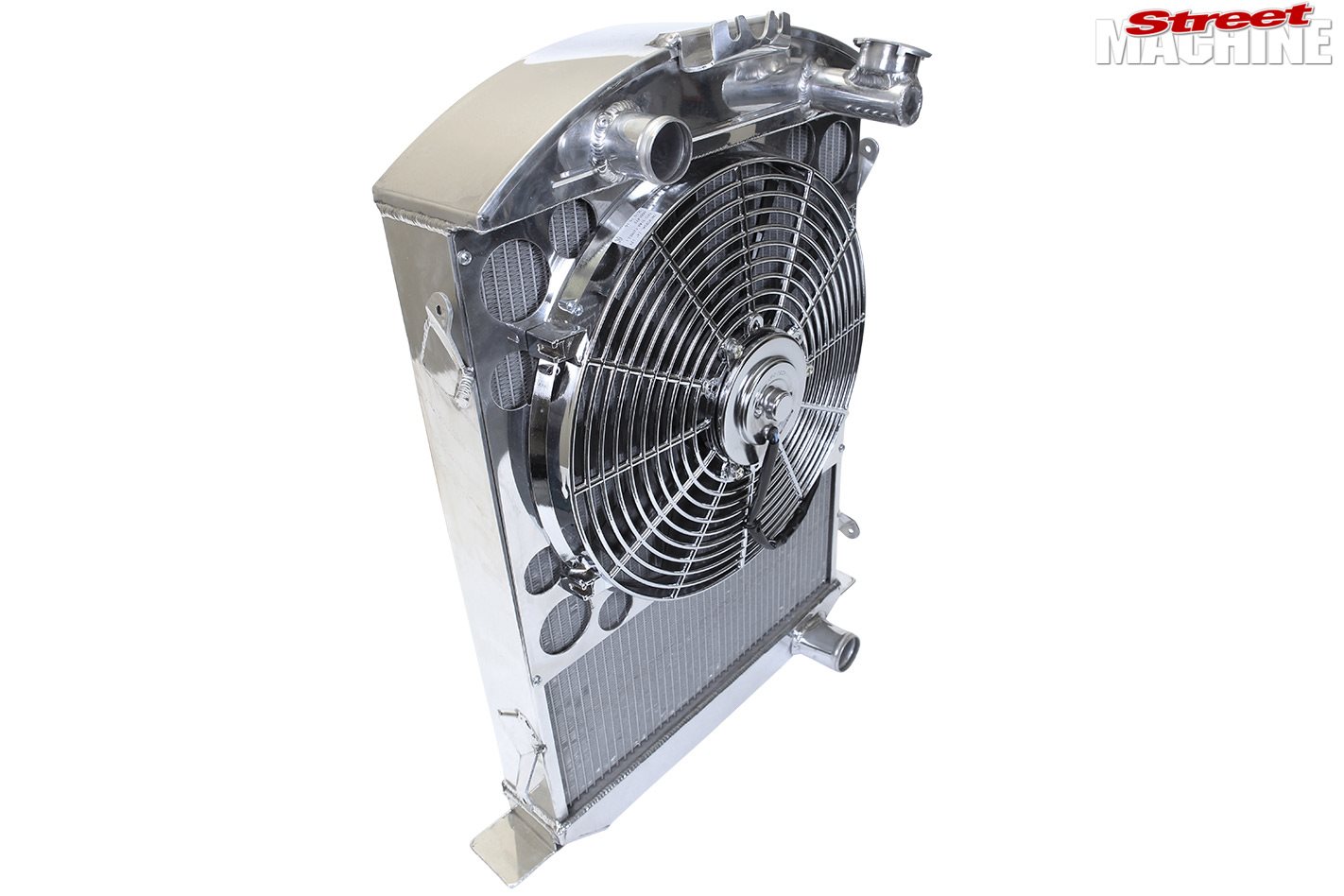 Many fans come with ugly universal-fit mounting straps with multiple holes, but the installation will look much better if you make a mount that picks up the fan body and then fills the space over to the core side-plates. Consider using stainless rivets for fixing – they don’t chew out like aluminium ones or back out like screws under the fan vibration. Just don’t drill through the core!

Sometimes you’ll find that two small fans will fit a core better than a large single unit. However, it’s my experience that the single large unit will still outperform the small fans, because with its larger diameter and blade-tip speed it will draw more air mass, especially if correctly shielded for optimal output. Again, check fan flow data where it’s available to help you make the right choice.

Remember that bigger fans draw a lot of power, so it is much better to use a correctly sized relay to bring the necessary current to the fan motor rather that put that same current through a potentially fragile switch. Relays also prevent the rare condition where idle fans become generators when turned by airflow at highway speed and send stray voltage back into the system. It’s also good to have the cooling fan wired direct to battery power via the relay and switched by a thermostat, so that the fan can continue running after the ignition is turned off to prevent boil-over due to thermal inertia. Be sure that your alternator can deal with the current load that large fans draw even at idle. 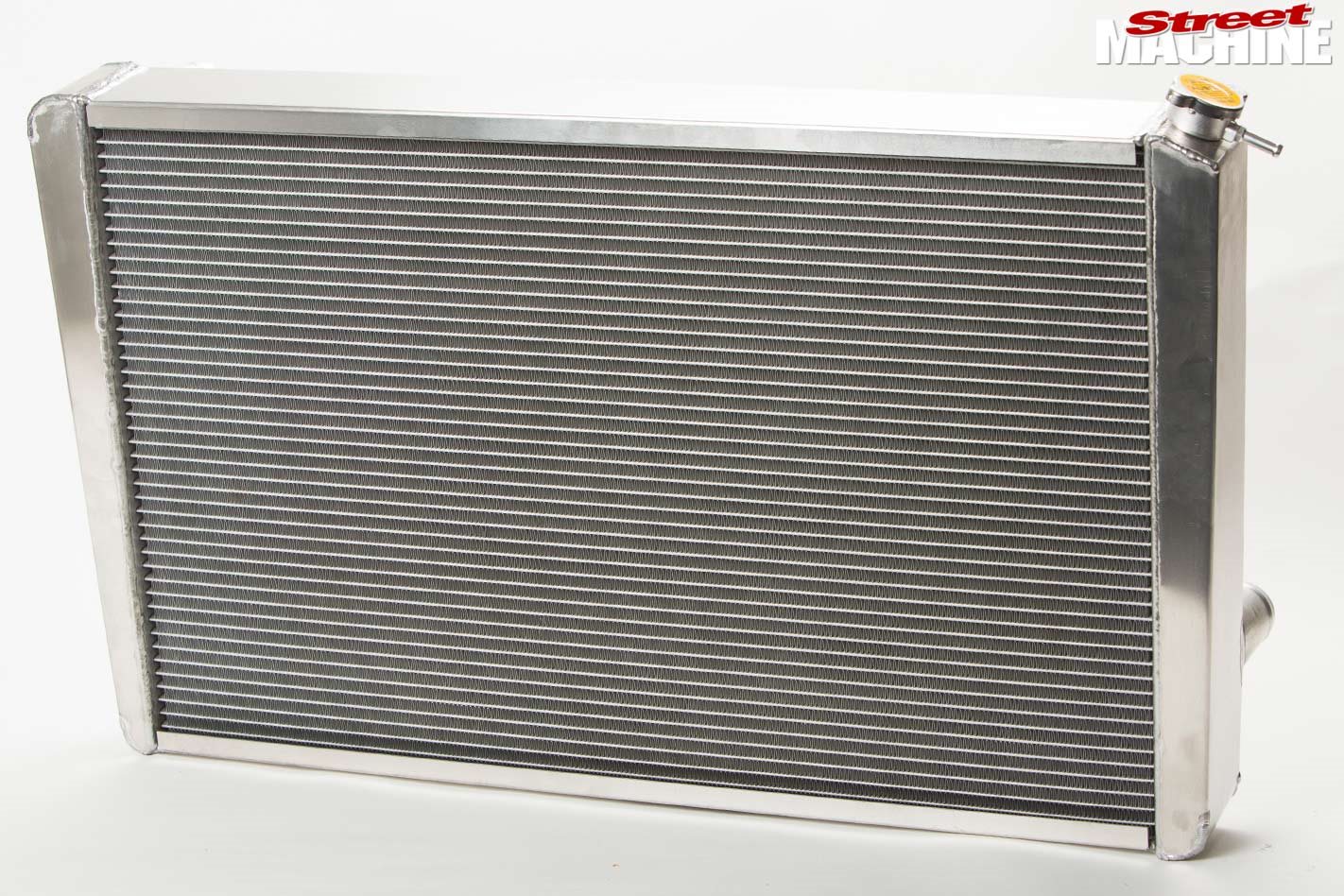 The radiator must have the characteristics to match the rest of the system. It must allow the water to flow at the rate created by the manufacturer’s pump and allow the air to flow at the fan rate. With good attention to detail, you’ll be able to select and install a set-up that will make your project reliable. You never know when there will be roadwork on the way to your favourite event, so don’t get caught.

Finally, the third element in the cooling equation is the radiator’s heat transfer surface area. The better radiator manufacturers build a standard version to match that of the vehicle manufacturer, a performance version, and a drag-racing option. To increase performance, they increase the heat transfer surface area. They have to optimise radiator performance, because just adding more rows of fins ultimately cuts airflow. They ensure that the water-flow rate is achieved but that the water travels through as much of the transfer area as possible by carefully positioning the inlet and outlet points and by using internal baffles.

Use the three factors I've mentioned to diagnose your cooling system. Don’t listen to people who talk about other ‘factors’ like fitting a larger radiator top tank. That puts more water in the system and creates more cooling inertia, but it won’t stop the inevitable.

For the sake of this article we assumed that there is nothing wrong with the engine, but you’ll need to eliminate engine issues such as incorrect timing, lean fuel ratio, faulty thermostat, faulty water pump, blocked water galleries and even possible hot spots, before embarking on optimising your cooling system.