We have a lot of fun with our car comparisons, but we also take a lot of pride in them. We don’t think you’ll find a more forthright analysis.

AT Wheels, we take a lot of care when researching our car comparisons, and a lot of pride in the results. The key piece of research is the experience of driving the cars side-by-side – and for much of the time, nose to tail – over several days.

For most comparisons, three days are reserved for a tour with all the cars together, over a route prepared for that particular story. The journey is designed to expose weaknesses and bring out strengths, over a range of conditions that the cars would encounter in the hands of owners. And of course, the aim is also to enjoy driving the cars through some pleasant scenery and over roads that are entertaining for other reasons.

It is common for people in enviable places to say they spend much more time slogging and much less time soaking up glamour than outsiders might think. That’s often fair comment, and it is true of Wheels writers, too. But if you imagine it must be a hell of a lot of fun to go rolling around the countryside in a bunch of fresh cars so as to develop a view on which will satisfy most, you’re dead right. And the fun continues over dinner at our overnight stops, where the merits of the contenders are always be debated, and often hotly. 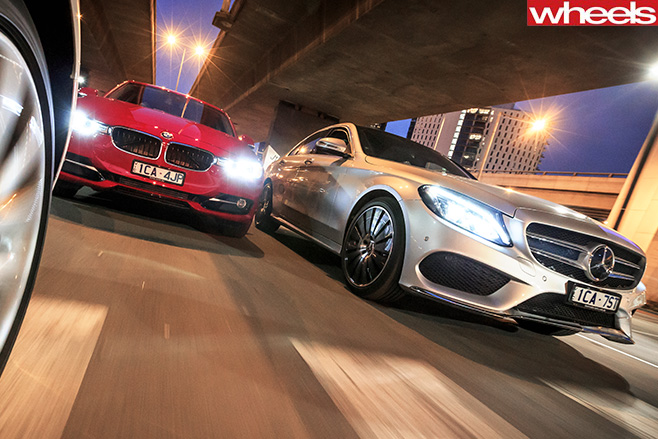 Generally it falls to one member of the team to present all this to you, the reader – and in a way that entertains you as well as informs. After all, most of you won’t be contemplating the immediate purchase of a car from the group, but you still want to know how these cars feel and drive. And perhaps just as fascinating, what that says about developments at the companies that build them. Perhaps that is the toughest part of the slog, for our writers. But they also find it very engaging, because it is a chance to bring you all sorts of insights that you’d be unlikely to have gained on your own.

What were some of the key themes from comparisons posted online this year? One that stands out is the growing strength of Korean makers, and in particular Kia, which for the first time supplied a vehicle we rated best of the bunch. “What once was up is now down, and down is up, courtesy of a seven-seater from Kia that shatters preconceptions about Korean build quality, design and dynamics,” wrote staffer Alex Inwood of the Kia Sorento, in our look at five of the best big SUVs. 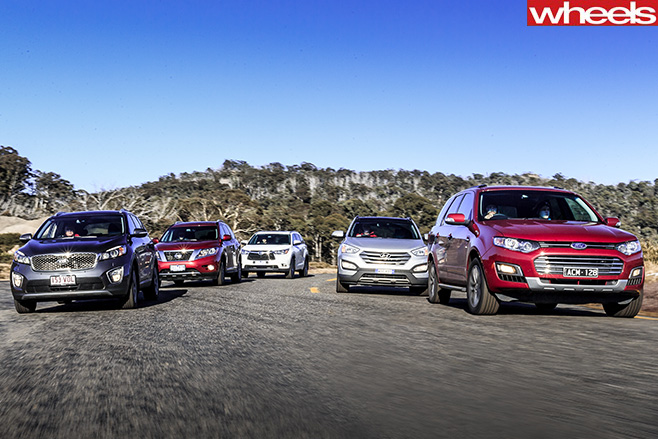 That theme was reinforced when we took the turbocharged Highlander version of the new Hyundai Tucson away with a boosted Subaru Forester and Ford Kuga, and Mazda’s ever popular CX-5. As road test editor Nathan Ponchard observed in opening the review, “life’s tough at the pointy end of Australia’s favourite SUV class.” It was a near thing, but the Hyundai impressed – even if no more than Subaru’s evergreen, boxy all-rounder.

While we’re on SUVs, what about small ones? A theme from our round-up of five booming SUV babies was perhaps harder to draw, but one you could point to was the depth of ability at this end of the market. Another might be the breadth of your choices. The Mazda CX-3 was lauded for its driver appeal; while the Honda HR-V drew equal praise for its versatility. “So, CX-3 or HR-V? Hate to say it, but it depends on your priorities because they’re so different,” Ponchard concluded. 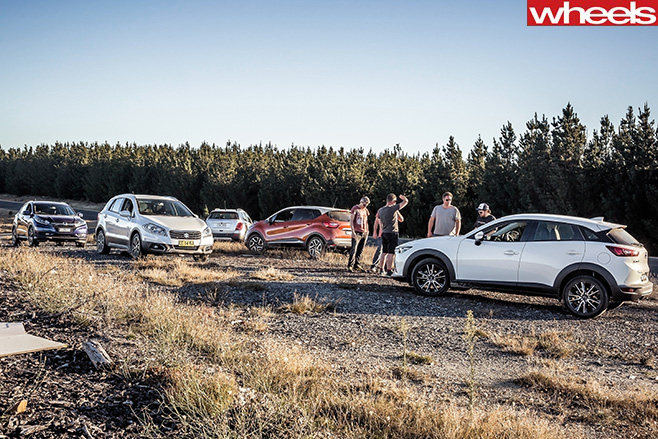 If you think we’re going soft at Wheels, refraining from bucking trends where that’s warranted, you’ll find evidence to the contrary in Ponchard’s report on four mid-size traditional wagons. “Who would’ve thought that the traditional station wagon would become an anti-fashion statement?” Ponchard asks rhetorically, before asserting that they remain on the shopping lists of smart people. That’s because they are “Lighter, faster, thriftier, more space-efficient, easier to park and more fun to drive than their jacked-up nemeses,” namely SUVs. The Ford Mondeo and Mazda 6 were adjudged the cream of the crop. 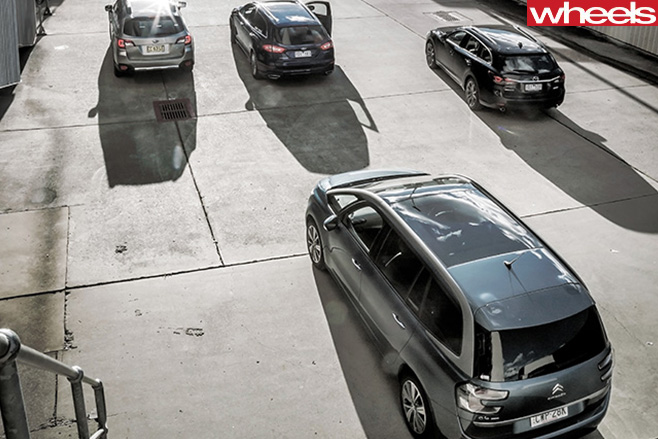 What if your tastes run to a sports sedan? Even if we had only the pre-facelift 328i from BMW’s 3 Series, the theme that emerged from our time away with five Japanese and Euro contenders was the strength of Mercedes with its new C-Class offering. And perhaps, that to be a player here, you need much more than svelte looks.  “Driver after driver emerged from the car shocked at how little confidence it inspired,” former Car of the Year judge Bruce Newton wrote of the Infiniti. “The Q50 wants to be a sports sedan – it looks keen with its raked-back headlights and low nose, but this promise is a deceit.” There, that’s telling you.