INFINITI, the luxury division of global carmaking giant Nissan, has flagged plans to introduce an engine that can change its compression ratio on the fly, transforming it from a fuel-sipping miser to a performance powerhaus.

WHAT IS IT?
It’s the most radical rethink of the four-stroke engine since its advent.

Infiniti’s variable compression turbo (VCT) removes the power vs efficiency compromise with its revolutionary ability to offer any compression ratio between a low of 8:1 (for higher output) and a high of 14:1 (for greater efficiency).

More than 100 prototypes were built over 20 years. It may look ostensibly like a regular four-cylinder, but it isn’t.

WHY DOES IT MATTER?
Conventional engines squash fuel and air at a fixed volume and have relatively limited flexibility.

This system can favour performance or economy based on driver input. Infiniti is the first to productionise an engine with this capability.

HOW DOES IT WORK?
Variable compression is achieved by changing the height of the piston at the uppermost point of its stroke.

A conventional crankshaft is used, but each connecting rod and piston attaches to its own multi-link, which rotates with the crank.

On the other side of each link sits a lower arm to control the link’s orientation. That arm determines the final height of the piston by pivoting the multi-link.

The higher the piston’s final position, the more it compresses the mixture in the combustion chamber.

At low compression, more boost is fed from the turbo to deliver greater performance. At high compression the engine will run on the Atkinson cycle and achieve optimal fuel efficiency. It’s the best of both worlds. 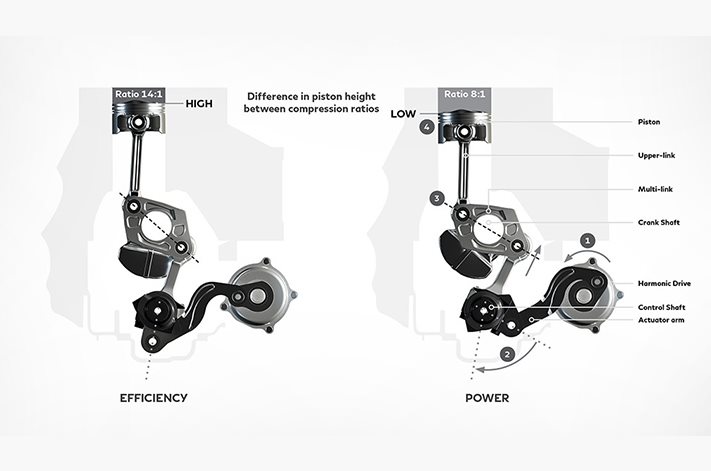 Not a new idea

NOWADAYS four-wheel steering (4WS) is one of the techie spec highlights in an array of mostly Euro premium hotshots like the BMW 5 Series, Porsche 911 Turbo, Mercedes-AMG GT R (its system pictured below) and even the Renault Megane GT.

But it was during the halcyon days of 1980s Japan – predictably enough – where this system first came to prominence in production vehicles.

BMW M to dump dual-clutches, go auto-only within a decade

And it was the impossibly low-cowled third-gen Honda Prelude Si 4WS that was first to market in Australia towards the end of 1987, sweeping our Car of the Year award just a few weeks later.

The sporty 2+2 seater coupe featured rear wheels that turned only about one-fifth of the angle of the front ones via a mechanical rotating shaft that ran from the rack and pinion front to the rear steering box. At small angles, all wheels faced the same way for added high-speed stability, but applying more lock saw the rears switch progressively in the opposite direction by up to five degrees. 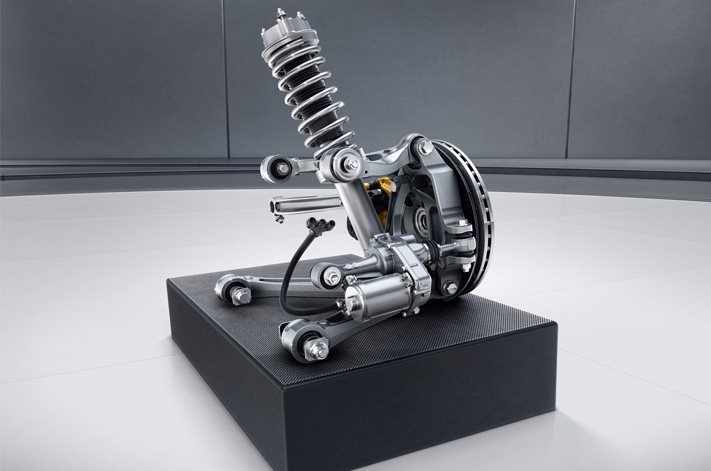 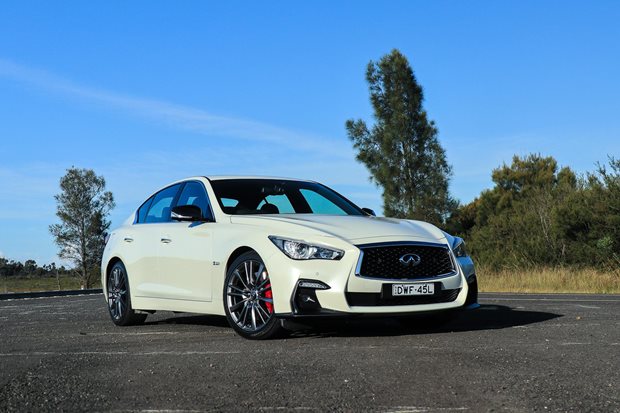 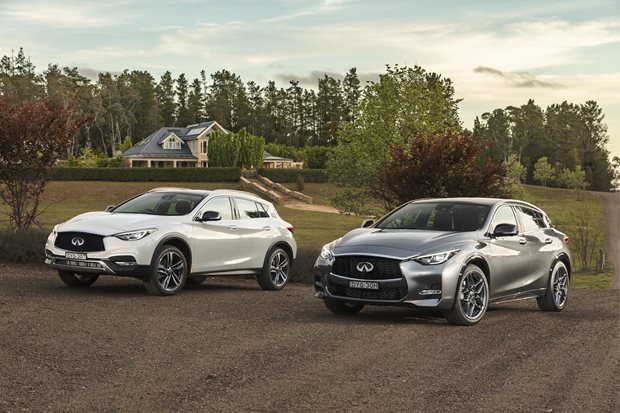 What does Infiniti leaving Europe mean for Australia?

The luxury brand has announced a global restructure that will see the price of its cheapest model rise by $10,000 in Australia