The steamy climate of Singapore generates unique challenges for Formula 1 drivers this weekend. How do Daniel Ricciardo and his rivals stay cool?

The steamy climate of Singapore generates unique challenges for Formula 1 drivers this weekend. How do Daniel Ricciardo and his rivals stay cool?

THE Formula 1 Singapore Grand Prix is one of the world’s most amazing sporting spectacles. The city backdrop, F1 cars threading the barriers at up to 320km/h, that sound… all with the Marina Bay Street Circuit lit up bright. It’s got a wow factor few can match.

Naturally, it’s even better being there – with the balmy Singapore evenings just perfect for relaxing with a cold beverage, while Mercedes’ Lewis Hamilton, Red Bull Racing’s Daniel Ricciardo and Ferrari’s Kimi Räikkönen duke it out right in front of you and your mates.

For the drivers, though, it’s the race they train hard for – one of the toughest physical challenges on the calendar. Outside, it’s 30C and 70 per cent humidity. Inside the garage it’s a sauna, with big metal fans keeping things cool. 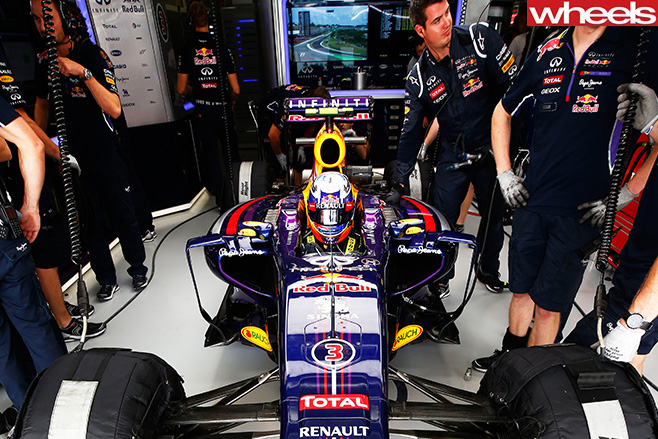 And in the car, cockpit temperatures reach 55C at racing speed.

Things aren’t made any easier with a busy 5km lap, including 23 corners and few places to catch your breath among the concrete barriers.

“In my opinion, Singapore is the most physical challenge of the year for a driver,” says Red Bull’s Daniel Ricciardo.

“A street circuit already requires a high level of concentration – and doing that with the humidity of Singapore is fun but challenging. 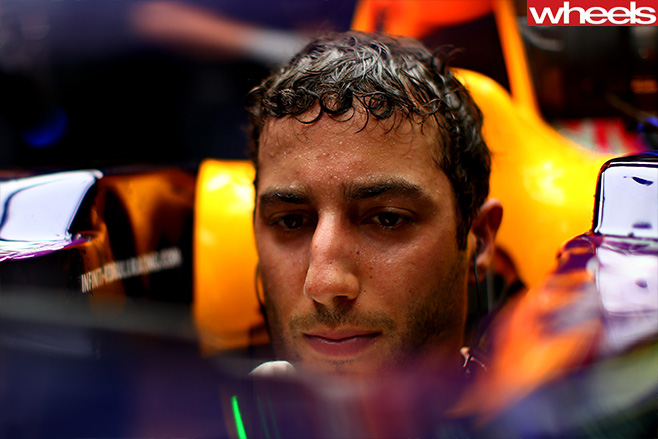 “It’s the one race of the year where you can’t open your visor to get cool air, and it’s actually worse because all the humidity and heat of the car just stays inside the streets as it doesn’t have anywhere to go.”

“You have long-sleeve underwear on, balaclava, and then the suit on top of that – which is another three layers, and then gloves,” says Hamilton, smiling. 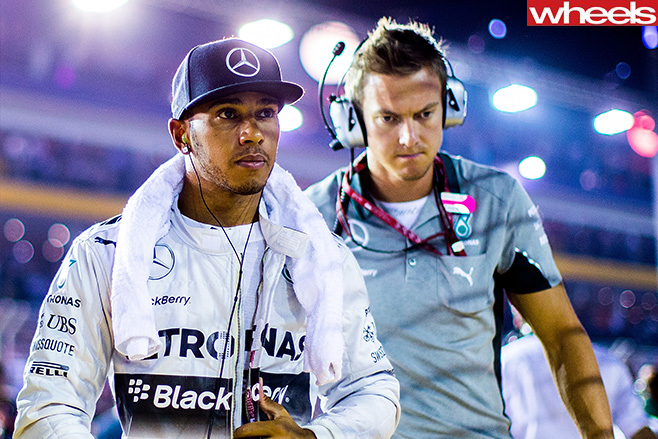 “Then you go in a sauna. And even if you open your visor, there is no cool breeze coming in, so you are sweating before you even get in the car."

It’s not just physically exhausting, either.

“It’s mentally tough, too,” says Force India’s Nico Hülkenberg, “because street circuits are more unforgiving. The walls are close and you have to get close to them if you want to be quick.” 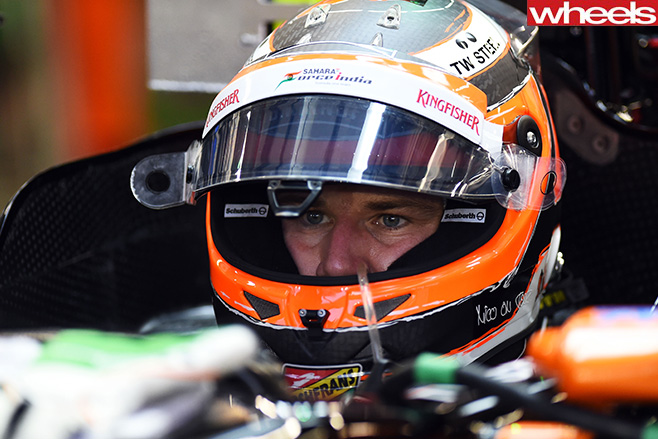 Naturally, with the physical and mental pressure stacking up, it’s oh so easy to lose concentration, for your lap times to drop-off, or even to find yourself at the scene of an accident.

That’s where the serious training and preparation comes in.

“All their hard work is done before they even get to Singapore. We have a saying that you train up to race down, so all your hard work is done in the training, and when you get in the car the only thing you’ve got to concentrate on is the driving and racing. You’re not worrying about your fitness.” 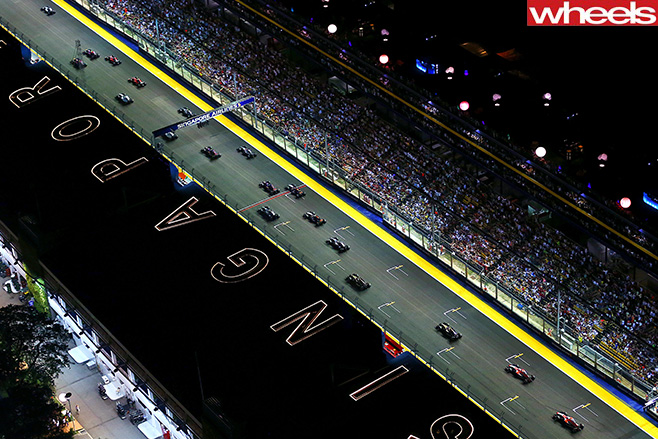 To get in that zone, Young says it’s vital to prepare the driver for the worst-case scenario – the longest race, the toughest calls, and the hottest temperatures.

“The best way is to train in the heat,” says Young, who was once Jenson Button’s physio, and even re-joined him in Canada this year to help out.

“They might do some exercise with their race suits on, just to generate the sort of heat you would see when they’re actually driving the car.” 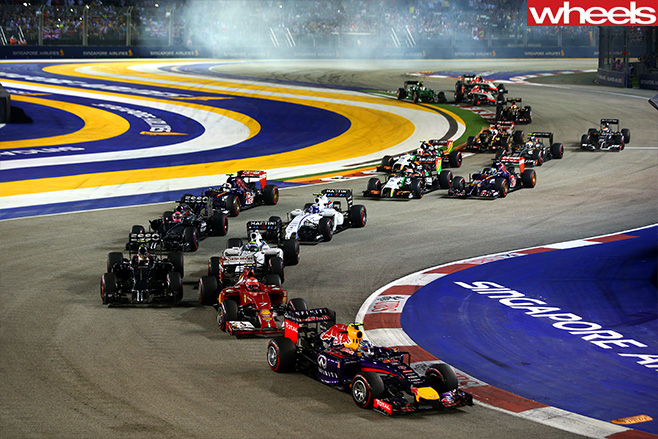 Most, like Red Bull’s Daniel Ricciardo, prefer to get out in the heat – rather than simulate things in a sauna or gym.

“If I can work out outdoors, it’s a lot more fun,” says Ricciardo.

“I was brought up in Australia, so of course I spent a lot of time outside as a kid.

“I can get motivated in a gym, that’s not a problem, but I love to be out cycling in the sun or doing something in the forest. I always find that a lot more exciting.” 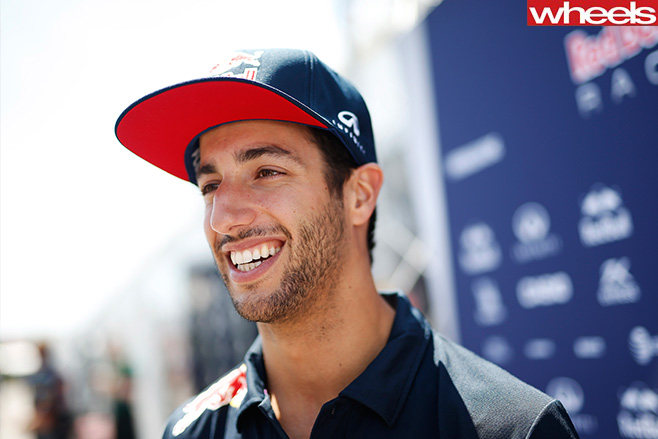 Other than training, it’s important how the drivers’ fuel up – with hydration, the intake of customised drinks, a key factor in keeping them in the zone.

“Generally the drivers are weighed before they get in the car and once they come out of the car,” says Phil Young.

“So you can accurately determine the amount of fluid loss they’ve had over a race or a session. And then you adjust the hydration to suit that. Generally you try and replace the amount they’ve lost, plus another 50 per cent.

“Each driver has their own tailored cocktail of drink mixes, some will be stronger and some will be weaker, according to tastes – but most F1 teams have access to sports scientists and major drinks manufacturers which would be doing a lot of development to suit the needs of the driver. 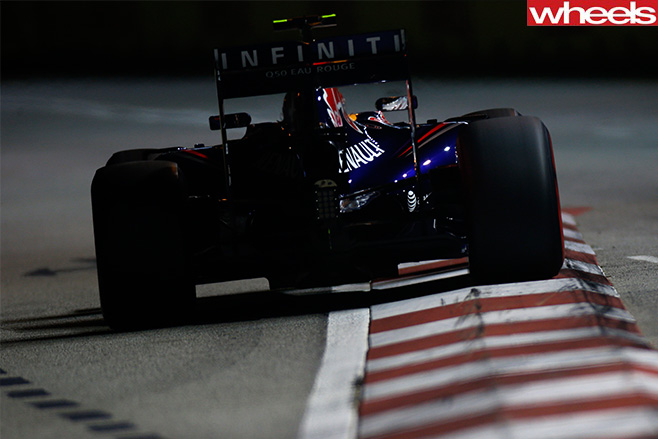 “It’s isotonic, hypotonic type drinks they use. You need a drink that will replace your fluids, and salts and minerals you would lose naturally through sweating – along with some sort of carbohydrate for energy.”

And while nutrition is important as well, with drivers enjoying a healthy mix of protein and carbohydrates, and a typical meal over the weekend being steamed fish and vegetables – a crucial ingredient often overlooked is sleep. 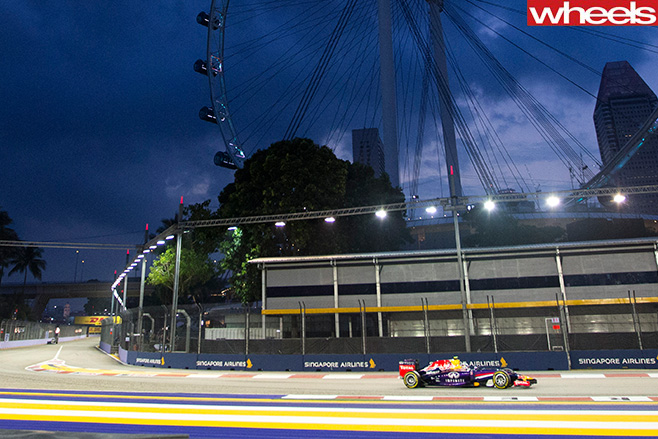 “And that’s a huge thing for these guys. You want to get them into a routine that will enable them to have the right amount of sleep.

“What you don’t want them doing is getting back from the track and then having to go out for dinner, which could take two hours to arrive, and your routine goes out of the window.

“So generally the drivers would be looking at either eating at the circuit, where you can pretty much order what you want, or maybe even just have something back at the hotel so that they don’t have to travel.”

One other roadblock in terms of drivers’ getting some sleep is the simple fact the race starts at 8pm Singapore time (10pm AEST), so the paddock stays on a European timezone to be in peak condition later. 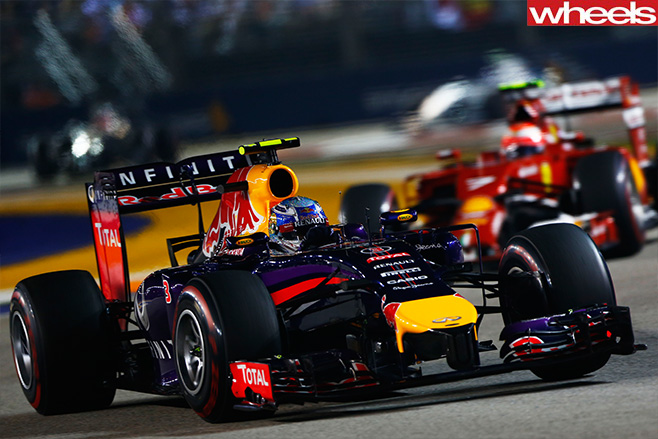 The late-afternoon and early evening session start times mean that the teams go to bed in the early hours of the morning, gets up around lunchtime, and then heads to the track in the early afternoon.

“The best thing is to put a ‘do not disturb’ sign on the door of your hotel room,” says Red Bull Racing team manager Jonathan Wheatley.

“Because someone will make a mistake at some point – even if it’s just returning the laundry. The hotels are really great there, though. They work with us, but it still helps to put the sign on your door.” 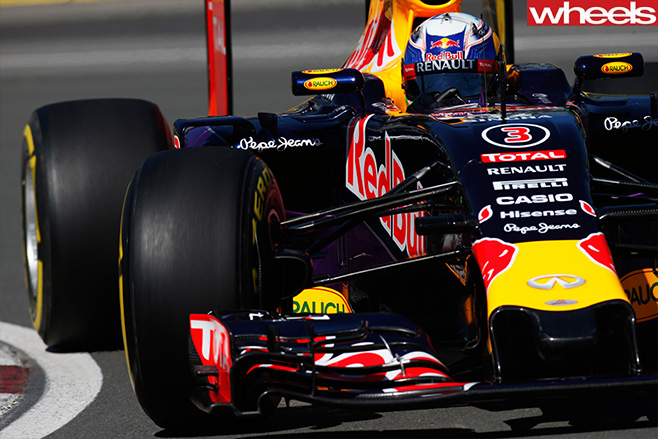 It all adds up to one of the most incredible sporting events on the planet. Tough, as it should be, for the drivers – and an amazing spectacle for those watching at the barriers, soaking up the atmosphere as the Singapore skyline sparkles in the background.

It certainly makes you think twice about what goes into getting the drivers to the chequered flag on Sunday.

* For session times and more on the Formula 1 Singapore Grand Prix, go to http://www.singaporegp.sg 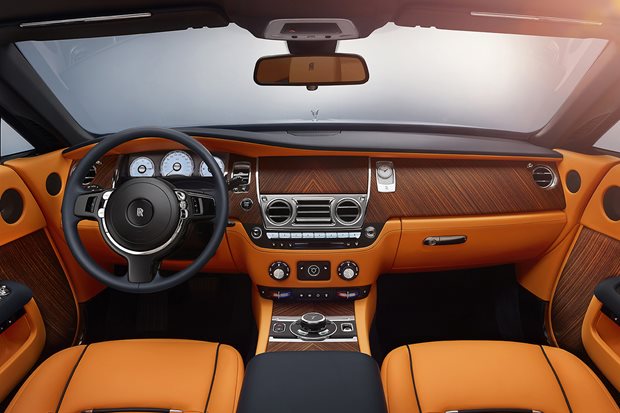 Rolls-Royce has continued its thrust into younger, hipper territory by declaring its new Dawn, a Drophead brother for the Wraith, the sexiest car it has built. 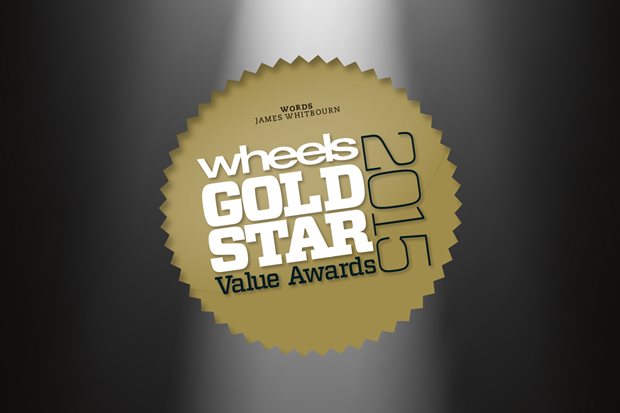 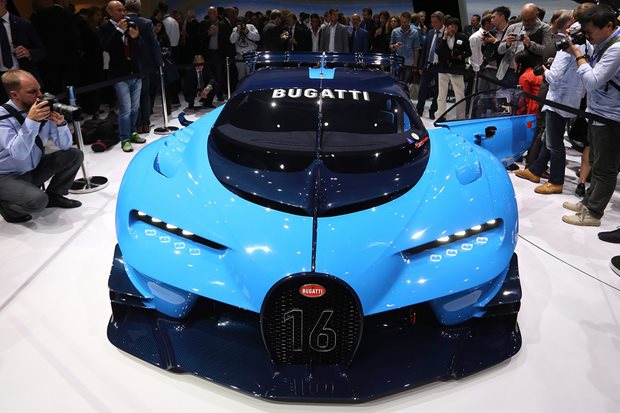 Frankfurt motor show: Take a tour of the world’s biggest car expo with the team from Wheels, on the floor at Frankfurt