By Jesse Taylor and James Whitbourn, 22 May 2009 Features 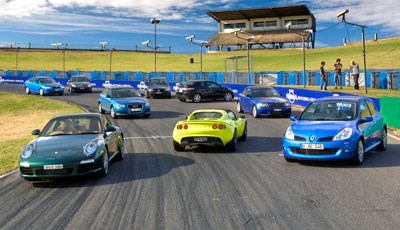 Want performance but don't want to bleed big bucks at the bowser? We rounded up nine hotties that sprint but don't slurp, then pointed them atboth track and servo forecourt...

Is frugality mutually exclusive of automotive fun? That's the premise as we gathered at Sydney's Oran Park with the keys to an extremely eclectic group of cars. The nine include four hatches, two coupes, two sedans and an open-top roadster. Five are front-wheel drive, one is mid-engined and one rear-engined. There's even a diesel.


What do they have in common? According to their makers, they all accelerate to 100km/h in less than 10 seconds and all have achieved an ADR81 combined cycle fuel figure of less than 10L/100km. But can these cars do what it says on their respective tins? Not only do we want to rank their performance relative to the field, but we want to know how close they go to the acceleration claim and ADR official fuel consumption test.

Over three days we put the field through a 115km road loop of urban crawl and freeway cruising, before letting loose on Oran's 1.96km south circuit. Hired gun, John Boston, wrung every last tenth from the assembled field, before Wheels staffers James Whitbourn and Jesse Taylor subjectively assessed the fun factor on road and track.

To maintain scientific control over the test, all cars completed the same number of laps and were driven by all judges in an equally vigorous manner. We're not claiming lab-coat robustness, but the results are relative.

Best result in each category is awarded the maximum score (100 percent) and each subsequent car is scored on a pro-rata basis.

While we've included price (because it's essentially no fun to pay lots of money), we understand that no-one is cross-shopping a $226K Porsche 911 Carrera against a $37K Renaultsport Clio. For those so inclined, you can simply remove the price scores from the total. The same can also be done with the subjective fun scores. 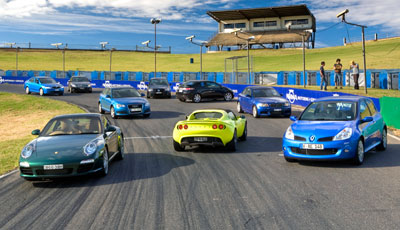 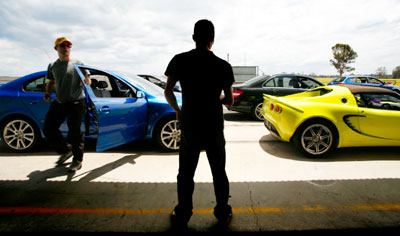