Let’s say Fernando Alonso wins the Indianapolis 500. Unlikely, but not impossible. The Fonz would then be two-thirds of the way to completing one of the rarest feats in international sport.

Motor racing’s Triple Crown is an unofficial accolade for winning the world’s three most important races – the Monaco Grand Prix, Indianapolis 500 and Le Mans 24 Hours. Achieving that trifecta is so difficult that it’s only happened once. 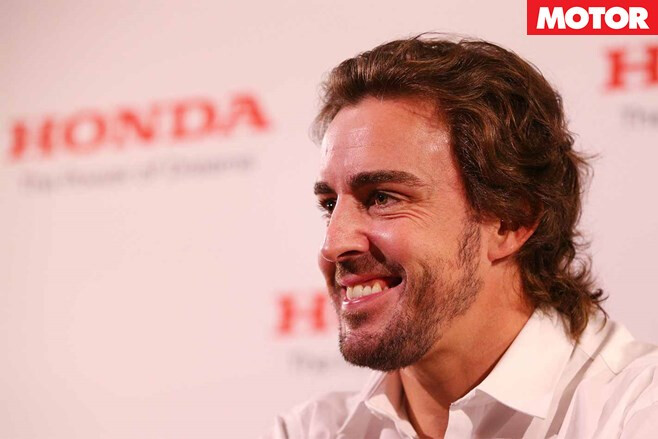 It’s so obscure that until McLaren arranged for Alonso to skip the Monaco GP to contest the Indy 500, only enthusiasts steeped in the history of the sport were aware that racing had the equivalent of the Grand Slams in tennis and golf. The Triple Crown tag was inspired by the trophy for winning American horse racing’s triumvirate of big thoroughbred events.

In the modern era, an F1 driver forsaking the prestigious race through the streets of Monte Carlo for the Indy 500 – especially one of Alonso’s stature – is unprecedented. It is also exciting and fascinating. His unexpected bid to add his likeness to the Borg-Warner Trophy – 500 winners all get reliefs of their faces on the urn – to join his two successes in the Monaco GP has revived long-dormant interest in the Triple Crown. If he were to win the Indy 500 at his first – and probably only in the foreseeable future – attempt, he would have the motivation to contest the Le Mans 24 Hours and try to capture all three.

That possibility also raises the question of why there isn’t an official award for winning motor racing’s three biggest and best known events. It is strange, to say the least, that the FIA hasn’t formalised the accomplishment and offered an incentive – big prize money and a big trophy – for leading drivers to chase the famous treble.

The career of Mark Webber

The prestige of the Triple Crown is just waiting to be exploited. Because of the disparate racing disciplines involved, it is even more difficult to achieve than the Grand Slams in tennis and golf, and the equestrian Triple Crown, which need to be completed in a calendar year.

Winning the Monaco GP, Indy 500 and Le Mans 24 Hours in the same season is virtually impossible even in the best circumstances nowadays because of the specialisation required for F1, IndyCar and WEC sports cars. It is physically out of the question right now because, again inexplicably, the Monaco GP and Indy 500 clash. The FIA really needs to ensure that its blue riband races don’t conflict. Monaco has to be moved back to middish-May, leaving the 500 clear on the USA’s Memorial Day long weekend. The middle weekend of June is Le Mans’ traditional slot and its position should also be inviolate.

McLaren’s decision to partner with Michael Andretti’s Honda-powered IndyCar team at the 500 is all about distracting from its F1 woes and keeping Alonso interested in staying on board. He’s up for renewal at the end of the season and McLaren wants to re-sign him, hoping Honda’s unreliable and anaemic power unit will finally come good.

Despite his evident frustrations, Alonso is still the most complete driver in F1. He is so good that he should adapt quickly and easily to mastering the Speedway, which among IndyCar’s high-speed ‘oval’ tracks (it’s actually rectangular) is a true driver’s circuit.

Alonso has the balls and the finesse to cope with lap speeds of 370 km/h and manic slipstream racing, while Andretti Autosport knows how to keep him in contention strategy-wise. They guided F1 reject and oval racing newbie Alex Rossi to victory last year at his first attempt, so giving a driver of The Fonz’s quality a shot on debut is far from out of the question. It could happen.

If the sardonic Spaniard does well, there will be renewed interest among the world’s best drivers to showcase their versatility in the three biggest events – which is a good outcome.