Ford’s upcoming XC Falcon had to deal with tough anti-pollution requirements. Turns out it didn’t need those bulky American-style bumpers, though.

Ford’s upcoming XC Falcon had to deal with tough anti-pollution requirements. Turns out it didn’t need those bulky American-style bumpers, though.

Plus news of a super luxury Fairlaine - the Marquis.

FORD PLANS a grand slam of new models in 1976 in a bold attempt to win back market leadership from The General. Escort has taken the small car class by- storm and now Ford is turning its attention to the medium and large classes with a face-lifted range of new modeIs.

First comes the Cortina in March, followed by the Fairlane in April and the Falcon in June. LTD and Landau are also clue for minor styling changes but Ford has yet to decide upon a release date, according to our spies. 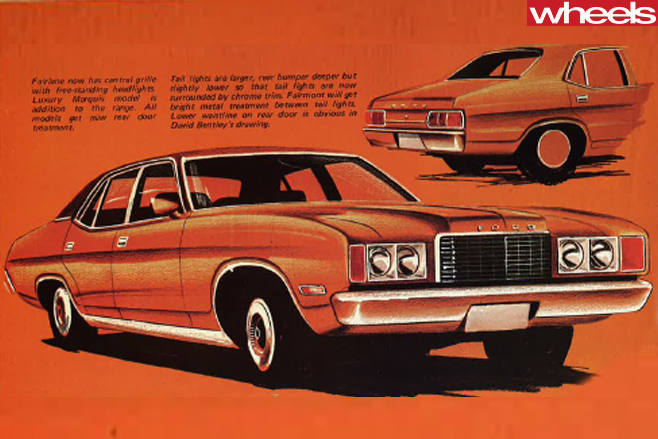 The new XC Falcon comes 30 months after the introduction of the XB Ford Falcon and surprised us with the amount or change. XC is no VK Valiant, which even Chrysler dealers have trouble recognising over the XJ. Major changes to the bumper bars front and rear and to the grille and tail lights are the kind of changes we expected and the car has receivecl. But it also has a re-skinned rear door to lower the waist line and get rid of the Coke-bottle look of XA/XB.

As David Bentley's drawing indicates the front doors are identical to XB but on the XC the waist line continues straight through from the B-pillar, instead of rising as on XB, to the rear quarter window. This change applies only to the tour-door sedan, we have yet to see a new hardtop but understand it retains its massive C-pillar. 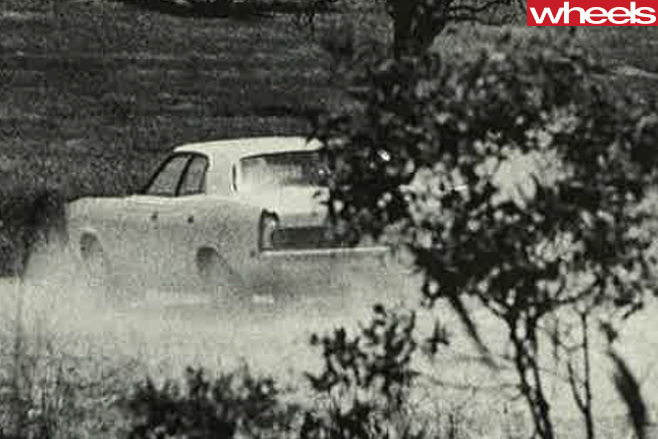 Changing door panels is an expensive tooling operation but the result has certainly improved the look of the XC and will help Ford continue the same basic model for a couple of years at least without it looking decidedly old-fashioned as does the VK Valiant. Our spies say Ford has a number of options open to it in regard to the grille. We have drawn it from the latest information available but it could change before production begins.

Under the skin the XC gets much improved equipment levels across the board and don't be surprised if the slow-selling Futura model is dropped from the range. The dashboard has come in for a complete restyle with two large circular dials in front of the steering wheel and four smaller dials (on the GT and GS) to the left with warning lights in between. In other words the instruments revert to the layout of the old XY/XW models but within a similar outer shape to the XB. The protruding padding that juts out at the centre passenger has been reduced in size. The top of the line Fairmont seems certain to get four headlights. 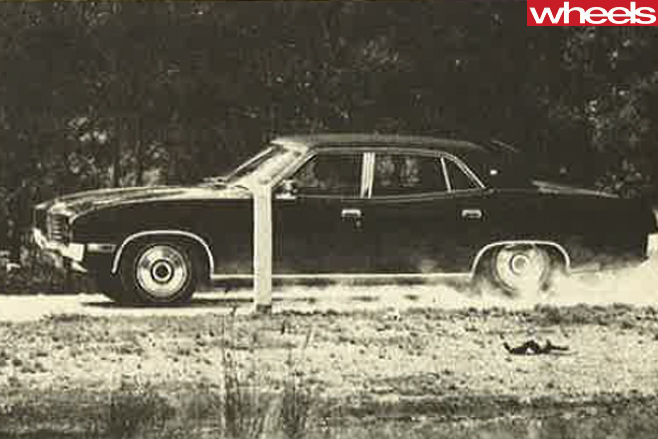 Mechanical changes will all be related to the meeting of ADR 27 A – the tough anti-pollution requirements which come in on July 1, 1976. Ford has had to redesign the cylinder heads, manifolds and carburettors of its locally built sixes and V8 to meet the new laws. Horsepower is down by about 10 percent and this together with a weight increase means both performance and fuel consumption will suffer.

The ZG Fairlane has been deliberately restyled to widen the gap between it and the Ford Falcon. Big news is the introduction of a super-luxury Fairlane to compete with GMH's Caprice. Ford apparently feels the LTD is all alone at the top of the luxury pile and that the Caprice has created a further market segment all its own, as a not-too-big ultra-luxury car. The new Fairlane - to be known as the Marquis - will have air-conditioning, electric windows, leather or cloth seats, deep pile carpets, self-seeker radio and more interior lights. 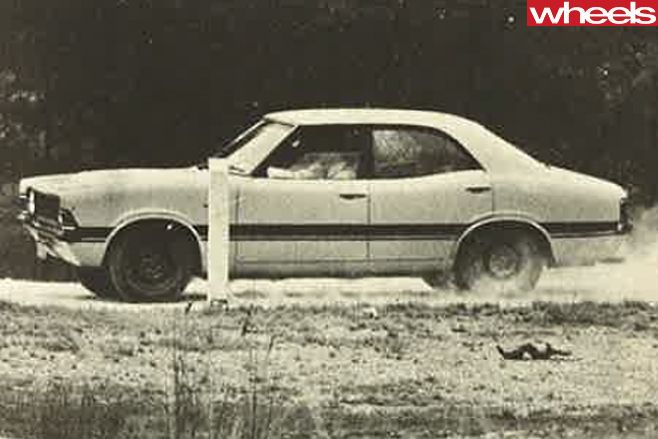 Styling changes to the Fairlane include the adoption of a more pronounced, squared-off grille, in line with the American Mercury Montego.

The Fairlane also gets the new rear doors and the Falcon's heavy bumpers which give the impression they are anticipating the Australian ADRs picking up the early American bumper standards which require the bumpers withstand a 2.5 mph crash without damaging the bumper or its supports.

One minor, but still interesting, change is the addition of extractor vents in the C-pillar. Our spies have only seen these on Fairlanes but they will obviously appear on the Falcon, if Ford can overcome the bugs normally associated with such systems in Australia. 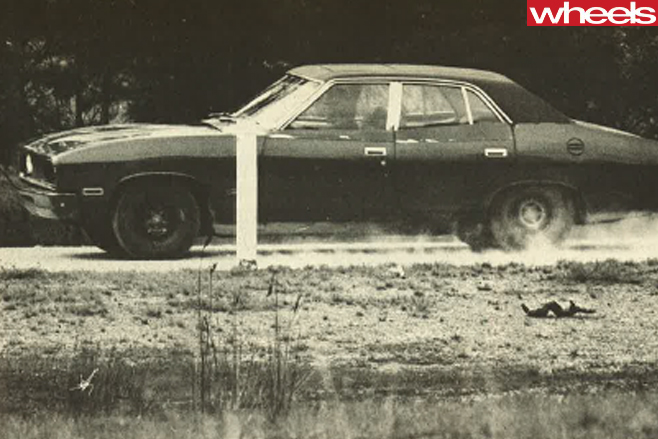 Ford introduced flow-through ventilation on the XA Ford Falcon/ZD Fairlane but dropped it during the life of the XB/ZF because of dust sealing problems. The old system worked through a pressure release valve in the forward edge of the rear wheel arch.

Cortina will be the least changed of the new models. It will rely on a minor face-lift - probably matt black grille, badge work, new side and tail lights and new colors - but will also be further upgraded in equipment levels to keep pace with the Japanese opposition. The major change to Cortina (WHEELS August) is still18 months away.

Ford's answer to the hatchback Torana (which is now scheduled for release late in February) has been postponed indefinitely. Code-named project Cyprelis, it was to have been a short wheelbase two-door Cortina with a hatchback rear door. All body panels were different to the Cortina and it looked vaguely like a Pinto. But unless there is a major change of heart within Ford management, Ford looks like staying with the Cortina four-door sedans and using the wagon to counter the, new Torana. Remember the Torana isn’t available as a wagon and this gives Ford a major advantage over the General.