ONE HUNDRED AND seventy thousand XBs later, Ford has produced a better and cleaner Falcon. The new XC is a major face-lift with engineering changes that seem certain to take The General by surprise in view of the Holden's unfortunate HX restyle that must have been done simply to make the public aware that something important happened to Australian cars on July 1, 1976.

Ford took a less cynical view and has spent $16 million to improve the Falcon and not just change it. To meet ADR 27A, which calls for lower exhaust emissions, Ford has developed two new six-cylinder engines with cross-flow heads that have more power rather than less and it has rationalised its eight-cylinder engines and achieved the same result with them. 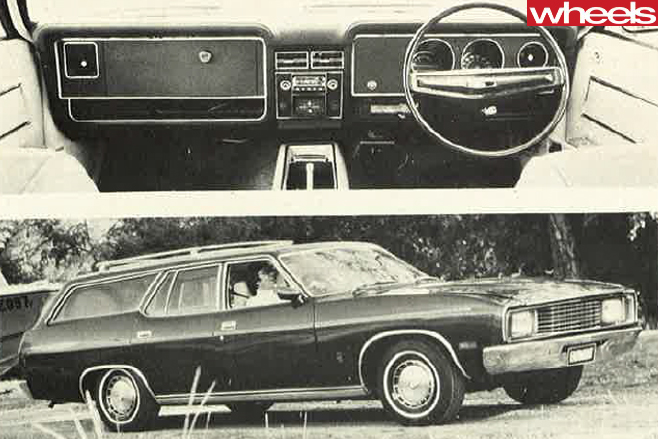 Unlike the new Fairlane, the XC retains the old body panels – apart from the new rear door, which are common to both Falcon and Fairlane -- but it does get a distinctive new grille that accommodates the new bumper bar. And the new grille isn't just a bolt-on, instant change-over affair but entails a new nose-cone and rectangular headlights on some models. We'll reserve judgment on the styling, but first impression is that while it does look new, the nose just doesn't relate to the rest of the body.

Also new is the dashboard, which follows the general format of the ZH Fairlane but gets circular instruments instead of the strip speedometer of the bigger Ford.

We'll cover these changes in more detail later but after the engines and the exterior and interior changes the most significant development has been in the model line-up.

Ford has killed the GT. The once great Falcon - and we mean Great in the true sense of the word – has outlived its usefulness, done the job it was intended to do and won a thousand races in doing it and is now no more. In its place comes a new top-of-the-line Fairmont called the GXL which is halfway to being a GT and can be optioned up to resemble and perform the way a 27A Falcon GT would have done. But the GXL is a softer, more luxurious car aimed more at blunting Volvo's rise in the lower luxury car class than at winning races. 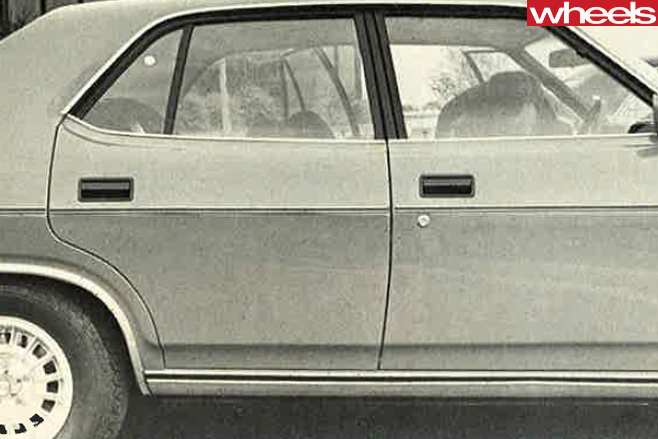 So the XC range is Falcon, Falcon 500, Fairmont and Fairmont GXL. The Futura, of course, was killed off late in the life of the XB. Initially the XC will shortly be available in sedans and wagons but the hardtop hasn't been forgotten and will appear in a couple of months, along with the face-lifted LTD.

Our comparison chart details the engine changes and shows that Ford has upped the power on all its engines and at least maintained the same torque figures, although maximum torque is now achieved at higher revs. What the chart doesn't show is that the six cylinder engines have a new cross-flow cylinder head with canted valves which are larger, new stamped rocker arms and an aluminium water heated intake manifold to improve gas flow and warm-up. Timing has been revised and the ignition system gets a higher capacity coil and dual diaphragm distributor. Only the block, crankshaft, pistons and conrods are carried over from the old engine.

The 3.3 litre six (Ford has switched to metric for its engine designations) runs on standard fuel, which will offset the expected increase in fuel consumption. You can expect to use around five percent more fuel in the new models.

The V8 range has been rationalised from three engines to two, both four-barrel versions of the 4.9 (the old 302 CID) and 5.8 (previously 351) engines. Ford now rates its engine by the DIN method so that there has been a reduction in advertised horsepower but the new horses are stronger. Both V8s now use a Carter "Thermo-Quad" four-barrel carburettor which is fully imported from the USA. 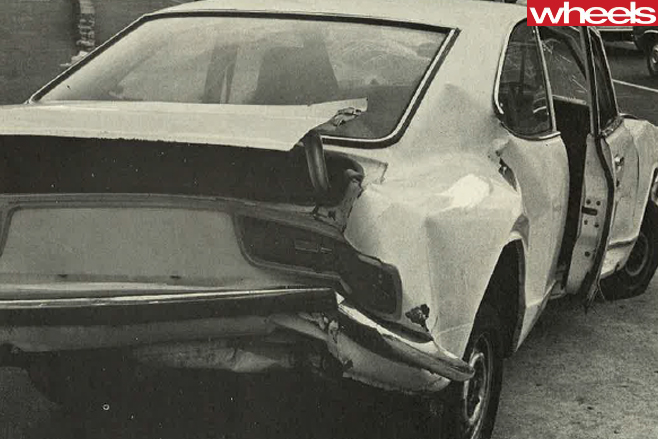 In a brief impressions run in the new model, many weeks before the official announcement, we gained the impression that the new 5.8 engine has the feel and performance of the old 351 GT donk. In a brand new car with less than 10 km on the clock it's hard to get anything beyond an idea of what the car is all about but the GXL we drove impressed with its solid feel and although the all-black (apart from the headlining) interior became oppressive, Ford seems to have learned a thing or two from Europe with the latest model.

The new instruments are sited higher and the minor gauges are angled towards the driver. An impressive, new soft-rimmed steering wheel is part of the GXL package and so are the superb new Ford-designed, ROH-built alloy wheels. Visibility is improved because the top of the dashboard is lower and by the reduction in the waistline on the rear door but both tend to accentuate the shallow windscreen of the Falcon. It seems to become more shallow with every year, probably because other, newer cars are increasing their glass areas. 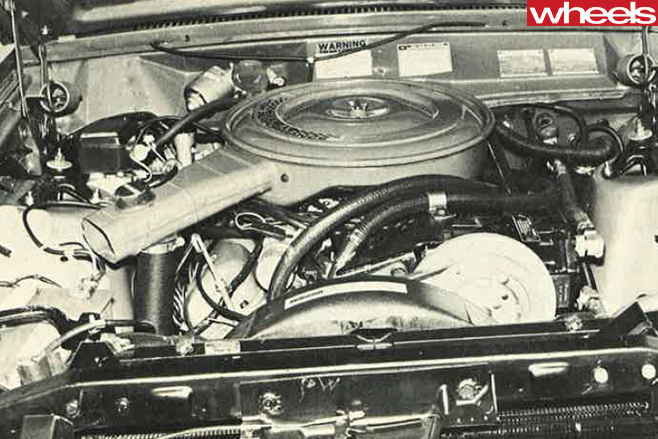 Other interior changes include the addition of a parcel shelf below the glove-box, intermittent control for the windscreen wipers, and four air vents, which are fan assisted, and very neat built-in door pulls on the Fairmont and GXL. Bucket seats are standard in everything except the base, fleet-owner's Falcon and so are disc brakes with a proportioning valve and radial ply tyres.

Wheelbase, width, height and tracks remain as is. Weight, however has gone up from 1385 kg (3047 lb) to 1478 kg (3252lb), so those extra horses are going to be very necessary if the same performance levels are to be maintained.

Big car or not, the Falcon handles well except on rough roads when the limitations of the live axle, semi-elliptic rear suspension shows up, but with power steering it is easy to drive and still has the  precision necessary to appeal to keen drivers. With sales of medium sized cars - meaning Falcon, Holden and Valiant - running at a steady one-third of the total market, Ford is ready to provide even tougher competition for The General and we can only hope, for its own sake, that Chrysler has something to pull out of the box when it shows off the new Valiant in a few months.