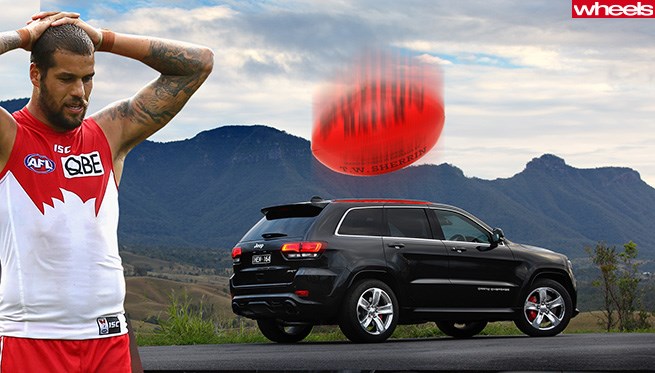 The dangerous game of celebrity endorsements

The problem with getting a celebrity to drive one of your vehicles, from a car company point of view, is that many of these smooth-faced folk are idiots.

Even more worryingly, they tend to associate only with their own kind, which means that, even if you have chosen a celebrity ‘ambassador’ with a modicum of brain function, there’s a good chance their significant other will borrow the car and randomly crash it into several large, expensive and immobile objects for no apparent reason.

That’s right, we’re looking at you, Buddy Franklin, and your inexplicable loss of control of your girlfriend’s Jeep Grand Cherokee SRT8 this week in Sydney.

As far as we know, people in the NSW capital do drive on the same side of the road as those in his former Melbourne home, but perhaps he was freaked out by the absence of trams. Or he just saw a shiny thing on the side of the road. Frankly, it would almost be better if he had been drunk, because at least he’d have an excuse for driving like a 12-year-old and running into four parked cars.

And what of poor girlfriend Jesinta Campbell, who is apparently a television presenter, a model and a Jeep ambassador, at least for now. Unsurprisingly, the folks at Jeep are reconsidering the whole deal because Jesinta – whose parents obviously knew she was destined for a particularly B-list kind of fame when they chose the spelling of her name – is getting them all the wrong kinds of publicity. On the plus side, I’d honestly never heard of her until Buddy bingled her $77,000 car, so it’s certainly raised the profile of her association with the brand.

It’s possible the crash was a desperate plea for attention from Franklin, who is apparently trying to keep a low profile in Sydney, but clearly hates not being feted and followed everywhere he goes.

The whole celebrity endorsement thing is a bit of a mystery anyway, frankly. In researching a story on it a while back, I spoke to several car companies who just don’t see any value in it and therefore don’t play the game, but all of them had been approached by greedy, grabby celebrities demanding free cars.

But there are just as many brands, such as Audi, that have more ambassadors than the UN. Sportsmen are always a risk because a lot of them never finished school and struggle to keep up conversations at branded events if they don’t contain regular swear words, but Audi has chosen some big ones in the past, including Ian Thorpe, who always looked like he was being lightly electrocuted when he was wheeled out in front of the media, and Steve Waugh, who is, obviously, a God and could be an ambassador for Greatness.

The idea, as far as I can tell, is that seeing these people drive a certain marque – and these are clearly cars they didn’t pay for rather than ones for which they shelled out their own money – sprinkles a little halo of cool over it. There’s also, I guess, some small chance that you’ll pull up at the lights next to someone famous driving a certain brand, look at them and think: “Wow, they drive an Audi/BMW/Whatever, and lots of people want to have sex with them… Maybe I should spend my money on a new car rather than that penis extension I was thinking of.”

Whatever the reasoning, the risk/reward matrix surely doesn’t add up. Perhaps this is why Warney doesn’t drive a sponsored car. And why Buddy could only crash another ambassador’s vehicle, rather than one of his own. 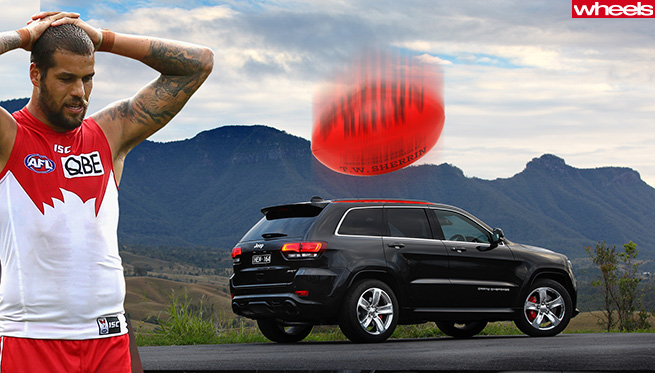 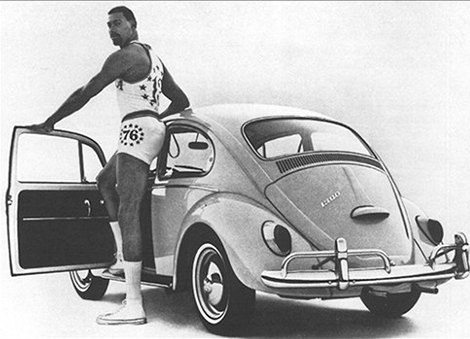