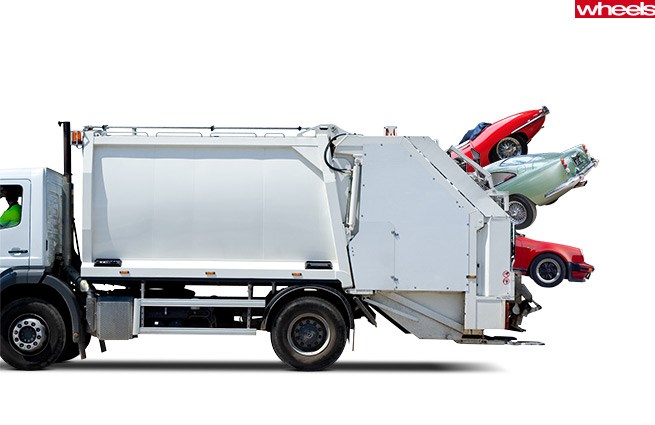 "There, I’ve said it. After recently spending two days driving a bunch of classic cars, I realised that you should never go back."

Old cars are rubbish. There, I’ve said it. After recently spending two days driving a bunch of classic cars for Unique Cars magazine, I realised that you should never go back.

Of the 5.0-litre A9X, I wrote in a 1978 Wheels, “…the result is a taut, neutral handling sports sedan that can out-run virtually any similar car from Europe. It has the brakes and the roadholding to back up the power and is astonishingly quick point to point”. Today, its 15.8-second 400-metre time is blown away by a humble 1.6-litre Fiesta ST hatchback that also steers, rides and handles, and is equipped at a level beyond the imagination of the Torana’s creators.

Classic cars demand a totally different outlook. Somehow you must ignore contemporary standards in just about everything: performance, brakes, handling, refinement, crash safety, service intervals, reliability, fuel consumption and technology. Expectations lowered to the level of the 1960-1970s, before 40 years of engineering skill, modern electronics and computer wizardry transformed cars to the level we enjoy today, and you may come to terms with their obvious deficiencies.

I don’t remember E-Type doors being so small that easy access to the roadster demands the roof to be lowered so you can climb over the doors; likewise, entry to the Nagari calls for a contortionist. Was the Aston’s driving position so appalling — a painful relationship of low wheel, out-of-the-floor pedals and flat seat — that driving it quickly away from a straight road demanded a weightlifter’s muscle power? I remembered the tiny seats of the Cooper S, but not how uncomfortable they are and the gearbox whine of the heavy and slow Moss-box in the Jag, but not the crudity of the Torana, or the massive weight of the 911’s steering at low speeds and the wait-for-it turbo lag. And, mostly, before galvanising and decent rust-proofing, old cars rusted.

Primarily, I decided you own classics to enjoy their visual beauty, not for the driving. Nothing now approaches the sheer sexual desirability of an E-Type, the classic proportions of a DB4, the simple delicacy of the Nagari’s surfaces.

Contradiction time: yes, they are rubbish to drive, but old cars were lighter in weight, especially compared to huge and clunky SUVs. They also offered real visibility, with deep glass and near-vertical, far thinner windscreen pillars that mean being able to see each corner from the driver’s seat, and interiors that were light and airy.

The sophistication of modern engine management systems and computerisation of just about everything inevitably means repairing failures often runs to four figures. Fiddling with cars, as we did, is a lost art, in part because cars are now so complicated nobody dares do anything beyond ‘chipping’ the engine’s ECU, and you almost need a PhD degree in I.T. to do that successfully.

And you can argue — as Toyota has done so successfully with the 86, and before it Mazda with the MX-5 — that today’s cars are too powerful and too grippy to be fun, at least at legal speeds, while pedestrian safety requirements have forced blunt front ends and higher bonnets, so that too many of today’s look-alike cars verge on ugliness.