Affalterbach’s 6.2-litre naturally aspirated V8 is one hell of an act to follow. Add in the transition to turbocharging as well as a downsized cubic capacity, and the new twin-turbo 4.0-litre had its back up against the wall in 2014. Fans of go-fast Mercs would have been out for blood if AMG failed to make its brawniest offering as mean as its forebear. Hindsight tells us we needn’t have worried.

To be totally faithful to the Mercedes lineage, the twin-turbo 5.5-litre M157 is more of a direct comparison. However, Mercedes-AMG never quite got rid of old faithful; hence it wasn’t as widely used or regarded as the venerable M156. Either way, it’s safe to say that the 3982cc eight had big shoes to fill. 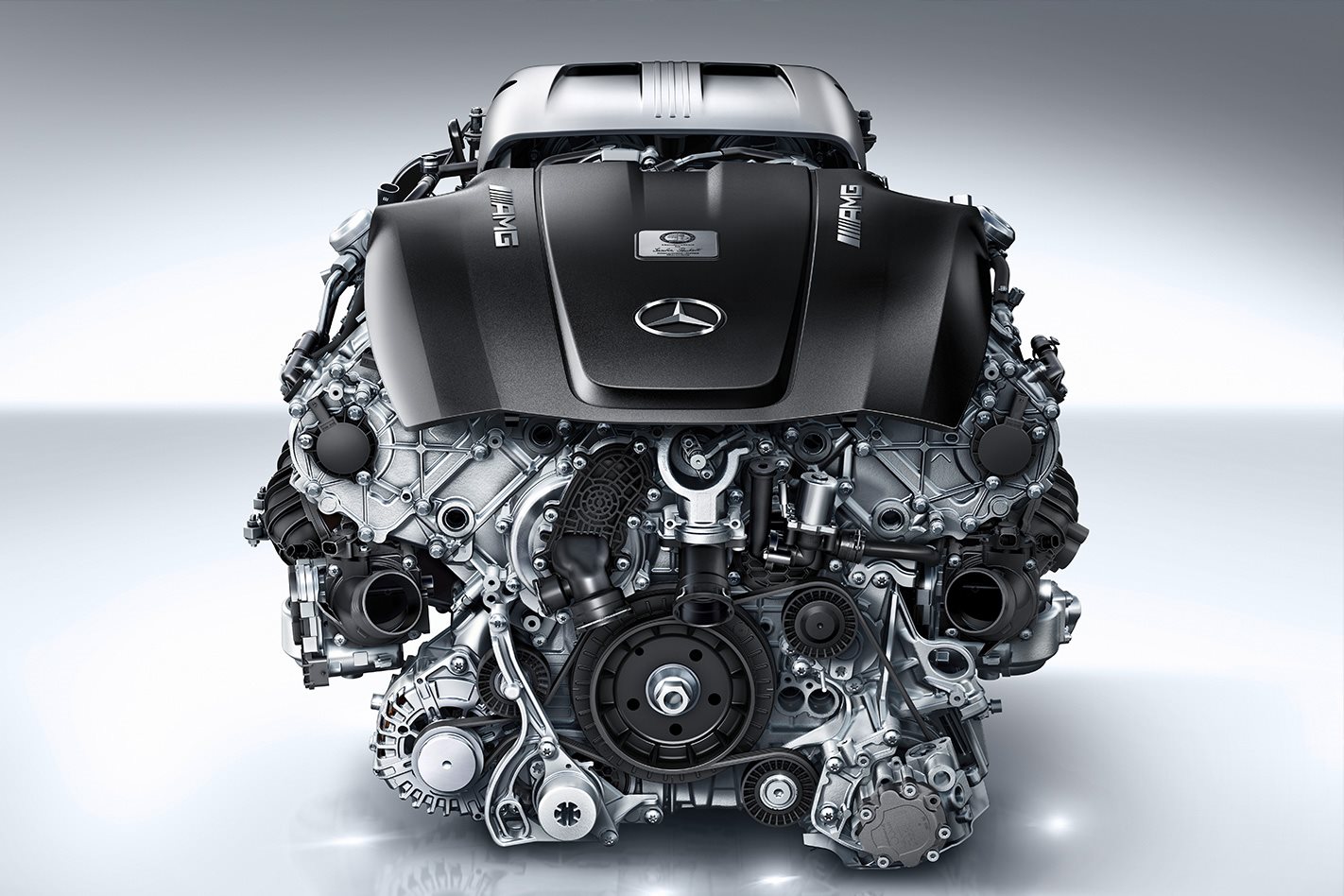 Codenamed M177 and M178 depending on its application, the tech-laden V8 was Merc’s answer to tightening emissions laws and the need for better fuel economy. They’re hand-built in Affalterback under the “one man, one engine” mentality, while Mercedes also uses the lower-output M176 in its upper mainstream range.

AMG’s 4.0-litre unit is essentially a development of the 2.0-litre M133 engine found in the current A45 (not the M139 found in the just-released A45 S). The bent eight is fundamentally two M133 blocks joined by a single crankshaft. Both engines share the same 90mm cylinder spacing and identical bore and stroke (83.0 x 92.0mm). The compression ratio has been increased to 10.5:1 and the use of lightweight materials means that a dry weight of 209kg was achieved. 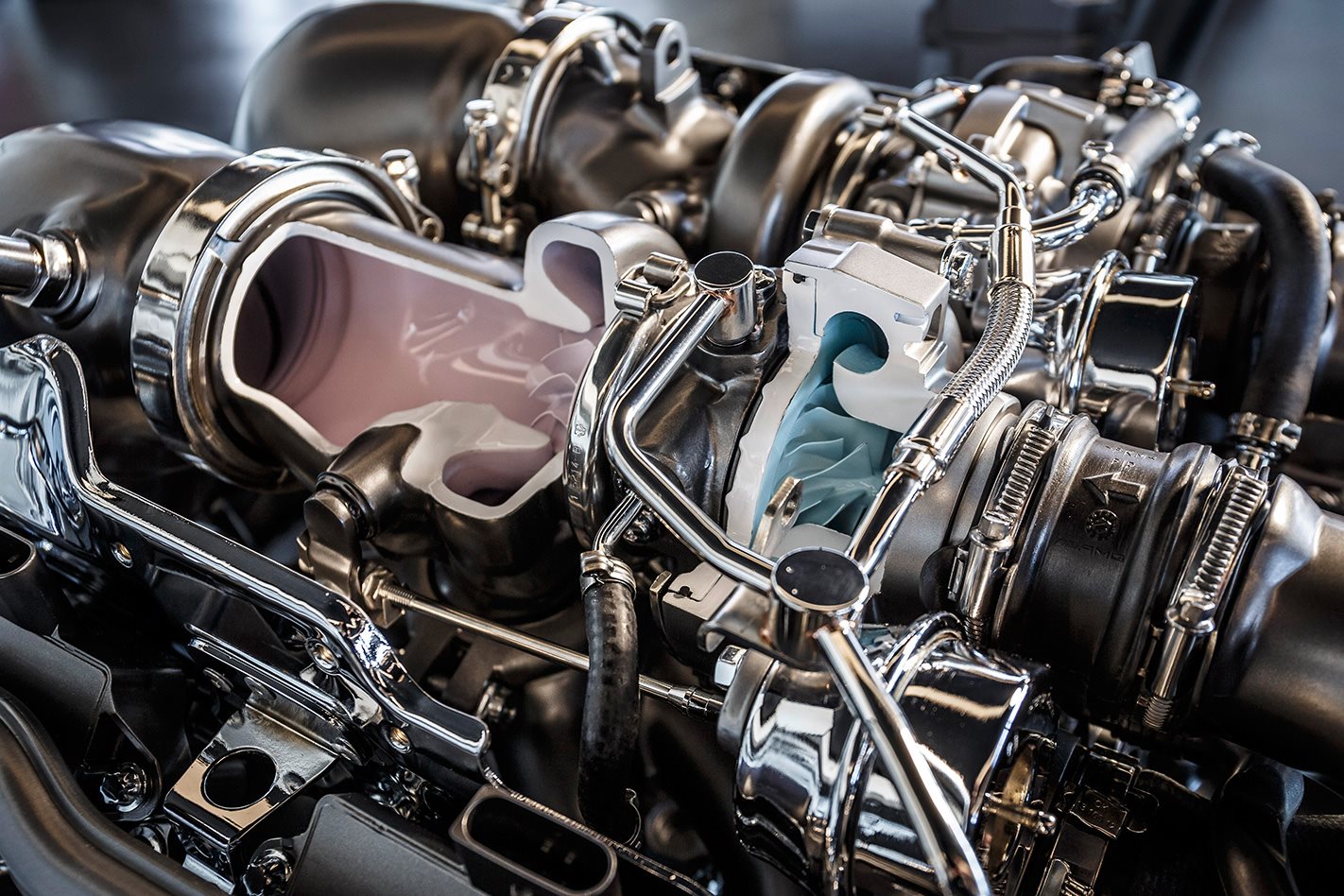 However, the biggest talking point upon its 2014 release was the ‘hot vee’ configuration for both the BorgWarner turbos (the M178 gains twin-scroll units and a different exhaust manifold). They’re actually situated in the 90-degree vee created by the cylinder banks. Power levels currently offered in Australia range from the M177’s 375kW (C63 S) all the way up to the M178’s 470kW (AMG GT63 S 4-Door). Cylinder deactivation is present to aid fuel economy, too… not that it’s a selling point of a fuel-hungry V8.

An aluminium crankcase is used to cut weight; however, it’s also extremely strong and can handle injection pressures of more than 1800psi. Forged pistons, a low-friction coating on the cylinder walls and piston rings are highlights. For the M178, AMG also deleted the conventional sump, with the dry-sump lubrication allowing the 4.0-litre to sit lower in the engine bay. 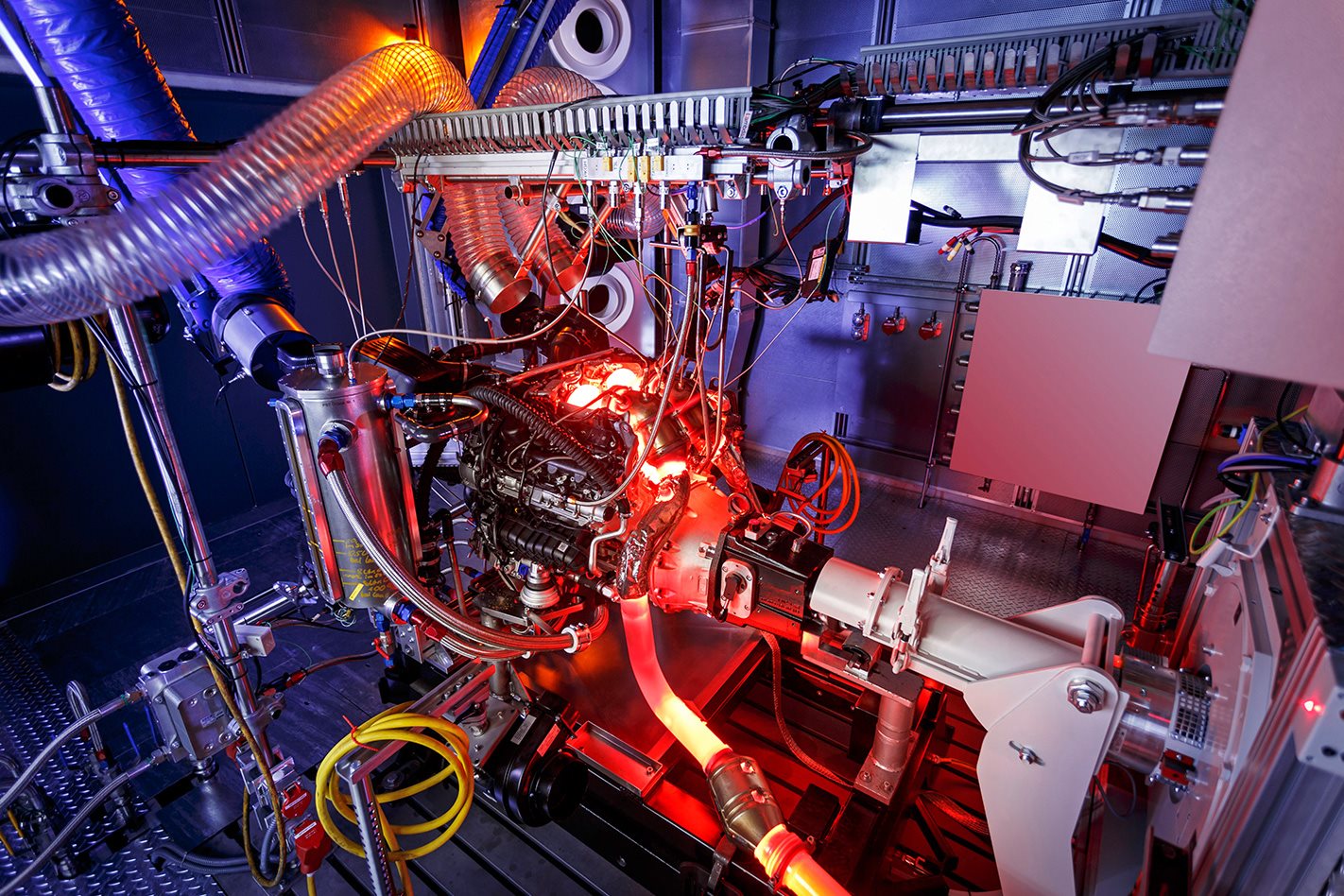 The one thing most fans were worried about is the sound. Yet, AMG proved its doubters wrong. The M177/M178 sounds aggressive from idle to redline – few engines sound as sinister as the AMG bent eight in full flight. Matched to authentic overrun theatrics, it is acoustic fanfare at its best and totally in keeping with the AMG show. Subtlety isn’t the aim of the game.

Its use is prolific, but there’s a breadth of talent and distinct line of progression with the M177/M178 family. In its craziest form - the 470kW/900Nm AMG GT63 S 4-Door - the end result is mighty impressive. History proves the German skunkworks didn’t fail to deliver. Actually, quite the opposite is true.