A CURSORY glance across Holden’s website shows four lead stories: the new (GMC) Acadia, the (Chevrolet) Colorado, the (Chevrolet) Equinox and some info on the great deals you can get across the range. Not much on the anniversary, then.

Unlike the 50-year and 60-year celebrations of decades past, Holden have resisted flinging out a bevy of special editions with upgrade packs and chrome badgework. Maybe the company is saving itself for the diamond jubilee in five years’ time, but who knows where the once-proud brand will sit by then? Lang Lang and the recently-expanded Holden engineering team dodged a bullet yesterday when GM elected not to bone them against the wall at the same time as 14,000 workers across five US and Canadian factories. But will GM’s Aussie arm be so lucky next time, Holden or no Holden? 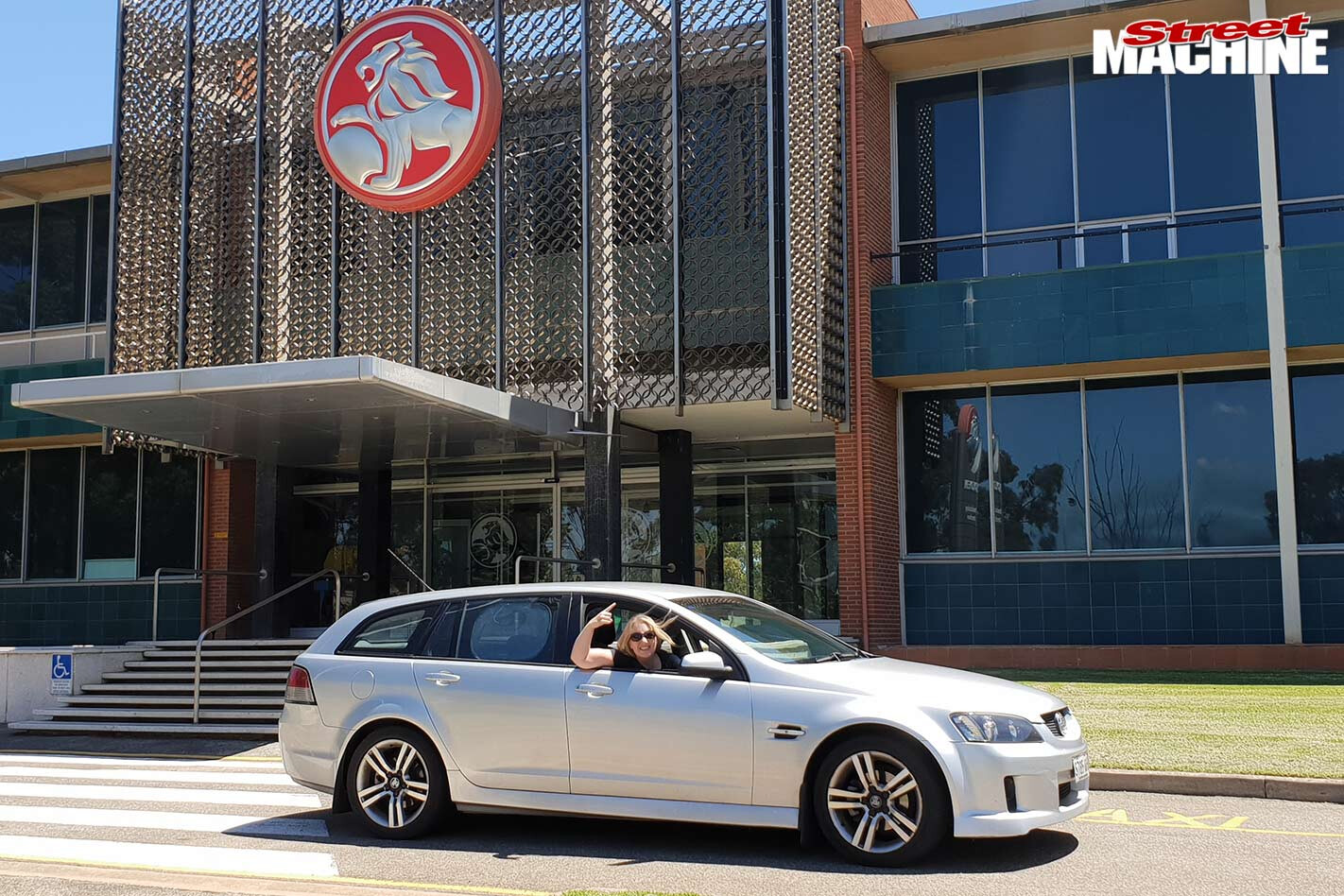 Back in April, I dared to suggest GM could probably euthanise the brand today, replacing it with GMC, Chev and Cadillac, while bringing the Lion to a neat close precisely 70 years after Prime Minister Ben Chifley greeted the first freshly-minted FX Holden off the production line. My story may have touched a nerve, because after a flurry of phone calls, cancelled meetings and careless whispers, the outcome was purple monkey dishwasher.

Holden’s social channels have also ignored the milestone, instead focussing on the Colorado’s infotainment package. Sure, Samsung vs Apple is more important that Holden vs Ford these days, but 70 years of history can’t be denied. Maybe I’m putting too much weight on it; the Commodore nameplate’s 40th birthday ticked over just as quietly back in October, and that car doesn’t even get a guernsey on the website’s front page.

Clearly the Commodore is no longer Holden’s focus and rightfully so; the money is in SUVs because most drivers aren’t actually drivers, but people who own electro-petrol-powered travel pods to get them places, suffering the current meat-based control system until something better comes along. I’ll admit to not having driven the ZB Holden; I’m sure it’s a fine car, but I’m also sure the Mazda 6 is a fine car and I reckon if I was in the market for a mid-sized FWD hatch, which I’m not, I’d probably dial something up in Soul Red with the old Jonathan Livingston Seagull emblem on the nose.

Let me hit you with a home-cooked truth – if Holden had pressed ahead with an Aussie-built, localised ZB Holden, then sales would be sitting around the same abysmal level as they are now. The saving grace of the proposed Australian ZB, aside from it theoretically keeping Elizabethan Adelaideans in pie floaters and Farmers Union Iced Coffees for days, was the rumour that skunkworks operatives were attempting to jam the LS V8 up front for the enthusiast market. If there was a 6.2 litre ZB Calais wagon in the line-up, maybe I’d be flicking through a brochure at this minute, caressing a giant chub, because the ZB isn’t a bad looking thing by modern standards, but with FWD and a four-banger, it’s just not my bag.

MOREA-Z of Holden models part one

Perhaps the closure of the factory was a blessing in disguise, because it begat us a slew of VFII special editions and incredible upgrades to the entire VF Commodore range that might have been ignored if here was a follow-up in the wings. I recently replaced my late wife’s WM Caprice with a 6.0 litre VF Calais V Sportswagon and like the FG-X Falcon, I reckon it will go down as one of the greatest mainstream cars created in this country.

Although the closure wasn’t announced when the VF was in development, project leaders knew that the fleet sales that Holden previously relied upon were dwindling. The VF had to attract private buyers willing to drop large coin on large sedans, therefore the Aussie pride instilled in the VF is palpable. The interior is a place of beauty, with tactile switchgear and a dashboard full of esoteric LEDs, LCD screens and gauges that I may never understand.

Where the VF Calais’ interior is made of technology, chrome and misplaced, wide-eyed hope for the future, the wife’s VE-based WM Caprice has an interior made of upcycled Sistema containers and bits that fall off. The VE/WM also missed out on a bunch of new features Holden rammed into the VF to level it up, including the self-parking gimmick that I’m yet to use, as I actually hold a doctorate of reverse parallel parking.

MOREHistory of the Holden Commodore part one - VB, VK, VL

My Calais’ meaty six-point-0 V8, understated looks and Regal Peacock duco, perhaps the best colour Holden has ever sprayed on a car, means that I’ve found a keeper. For as long as there’s fuel, I will have this car in my driveway. And I don’t doubt this, because despite picking it up at 130,000ks, this thing is a rock, as if hewn from a solid billet of dark green gold.

Twenty years ago, I counted myself among the throng working at the Elizabeth plant, in the Holden by Design division. The floor was busy with young blokes and blokettes wrapping, shifting, drilling, moving and stickering cars for export, Telstra, taxi duties and sunroof enthusiasts, among others.

I remember Holden’s 50th birthday well, screwing sports bars onto the initial batch of 300 VSIII SS utilities as anniversary edition utes and sedans rolled down the production line. I’d spend entire shifts moving export cars from the holding yard into the prep area, getting in and out of so many in a day, I frequently dropped into the passenger side of my Gemini when I went to drive home. The 10-hour days were exhausting, and we often had overtime on the weekends. But we were building Holdens.

My VF Calais came from a long-established dealership not far from the factory doors, so two decades after I left and just over one year since the robots stopped roboting and the workers downed tools, I swung by for a look. The HBD staff entry was up the side of the factory, far from the facility’s still-manicured front doorstep. Overgrown and barely recognisable, it was a sad sight. Local manufacturing is well and truly over.

I’d take any model from Holden’s storied, homegrown history and put it in my garage, from the rear-locker FX that found a visibly chuffed Honourable Mr Chifley, right through to the VF Calais that’s sitting in my carport right now, waiting patiently for me to hit the remote start and go on our first proper adventure together.

There’s a romance to local Holdens; Fords too, I don’t deny, which is now lost, along with the manufacturing and models we hold so dear. But surely the guys at Fisherman’s Bend could have pretended it mattered. I’ve not seen a TV spot, online banner or print advert that celebrates or recognises Holden’s seven decades since they launched the 48/215 and created an era.

I’m not sure what Holden are doing today as a corporation, if anything. Perhaps their advertising algorithms simply haven’t touched me. Maybe they know I don’t want one.